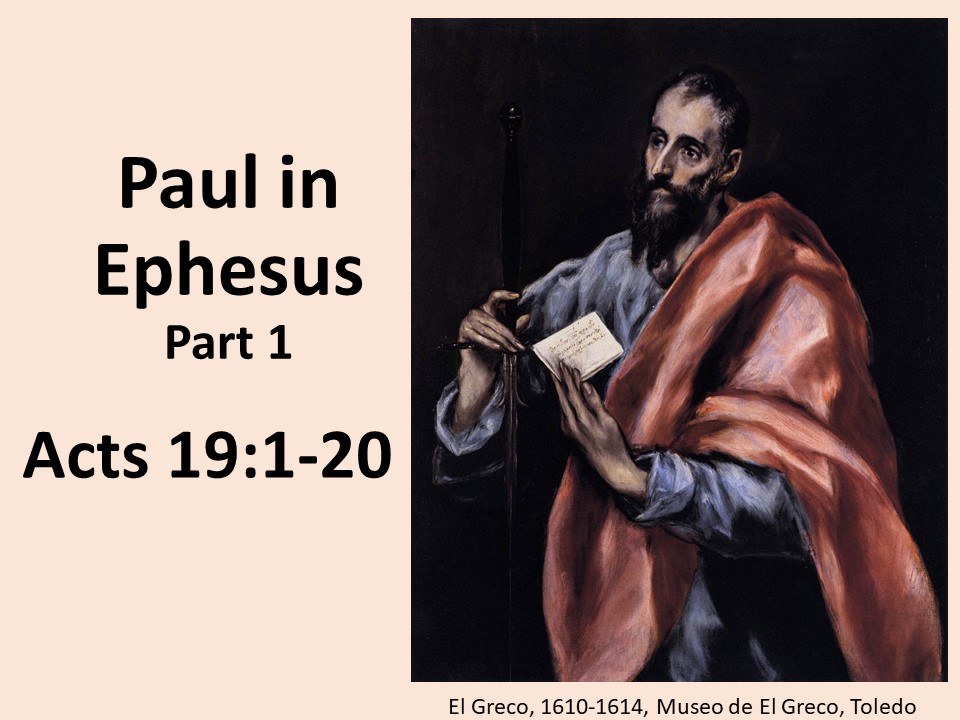 Back in 2015, I began preaching through the Book of Acts. That year we looked at the story of the church up to the beginning of Paul’s ministry. Then, a year later, we explored Paul’s first two missionary journeys. We saw the gospel make headways into Europe. This summer, I’m going to try to complete our walk through Acts as we look at Paul’s third missionary journey and his trip, as a prisoner, to Rome. This part of Acts is often overlooked. Most lectionaries, a list of suggested text for preaching, completely skips over these chapters. But there are some interesting stories: book burnings, shipwrecks, riots, and sleeping in church.

We pick up our story as Paul has just made a short trip to Jerusalem. The purpose of this trip was probably to deliver funds he’d collected to help those in Jerusalem suffering from a drought. Paul then heads back across central Asia Minor. He comes to Ephesus, a large city which is now stands in ruins in western part of present-day Turkey. There, Paul settles down for a few years. Let’s see what happens next.  Read Acts 19:1-20. 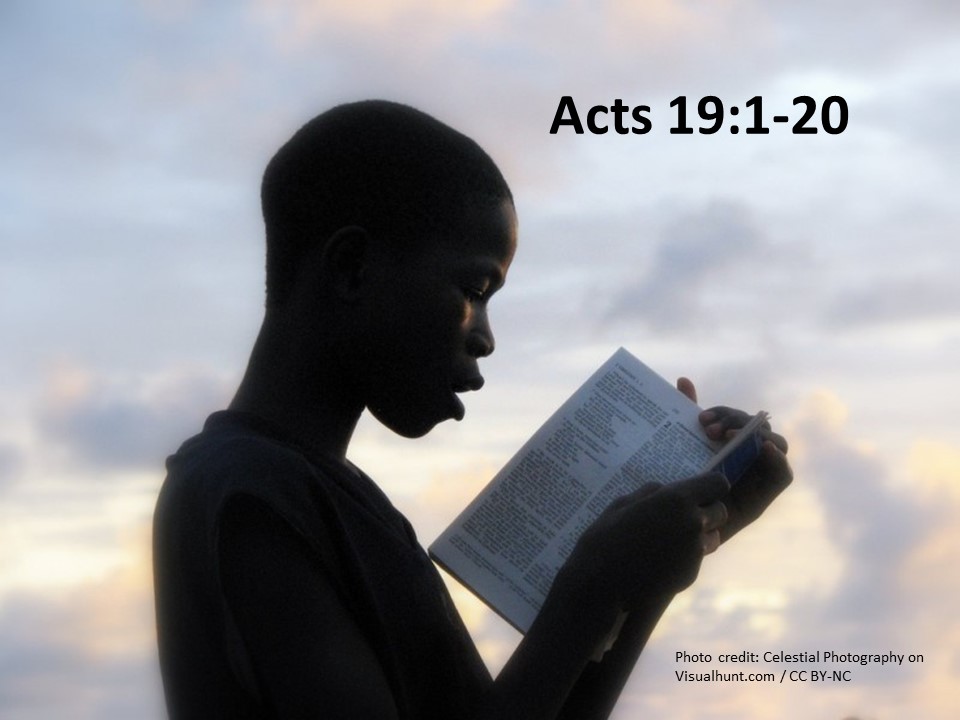 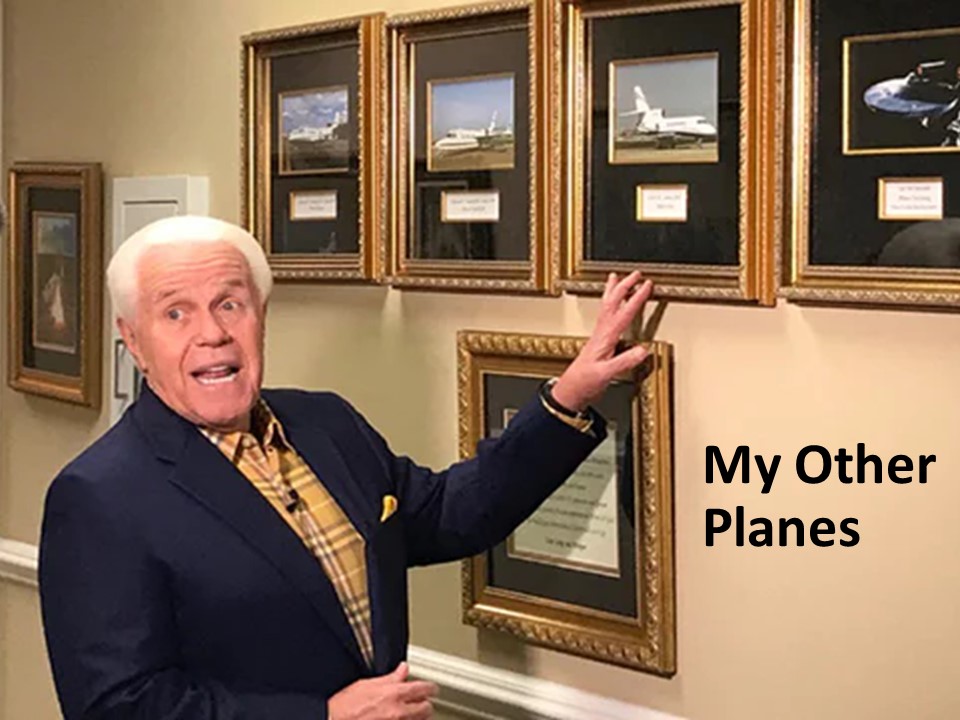 Many of you have probably heard the news. Televangelist and prosperity gospel preacher Jesse Duplontis had a recent chat with God. I don’t generally make it a habit of talking about other ministries in the pulpit, but this one just iced the cake. In the interest of full transparency, Jesse recalled his conversation with the Almighty.

“What do you mean?'” the televangelist asked.

God then supposedly said, “I want you to believe in me for a Falcon 7-X.”

“OK, God, but “how am I going to pay for it?'” And then he recalled something God had told him in the past: “Jesse, I didn’t ask you to pay for it, I asked you to believe for it.”

In the hope of the 54 million dollar jet being fully funded, Jesse shared this conversation with his followers. He told them how with this jet, which has a range of 6,000 miles, would allow him to fly anywhere in the world with just one stop. It would even save the ministry money on fuel. And to further his point, he said if Jesus was here today, he wouldn’t be trampling around on a donkey, he’d be flying the friendly skies in order to spread the gospel.[1]

There are so many things very wrong with this. To start with, God’s ministry is different from Jesse’s idea of ministry. God comes to us, we don’t fly up to God. That’s what the incarnation, Jesus coming to earth, is all about. Jesus came and walked around Galilee and Jerusalem in order to gather disciples. And, filled with the Spirit, they were sent out in different directions to spread the good news. Ministry is not about one person covering the globe, it’s about those of us who trust in Jesus being a part of his ministry. We all have a part in doing God’s ministry in the place to which God calls us. 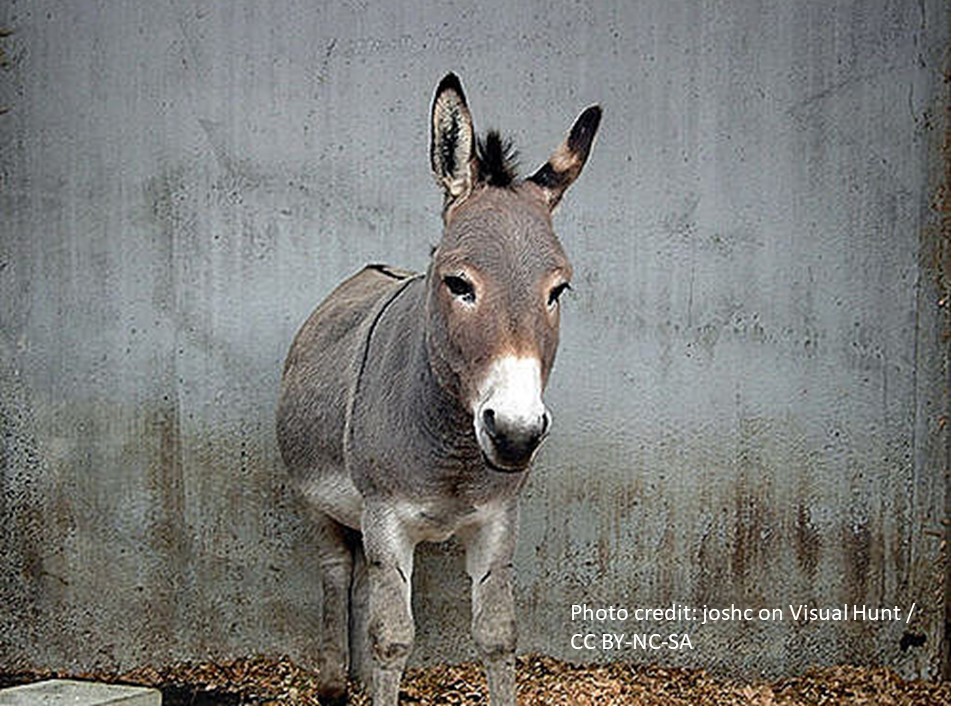 Secondly, it’s absurd to think of Jesus flying a jet around the globe. Even in Jesus’ day, when he did rode a donkey, he didn’t own it. He borrowed one.[2] That aside, Jesse Duplontis already has three other planes sitting in hangers. Thinking about his “request,” I thought, “You know, I’d be overjoyed with a used Piper Cub.” 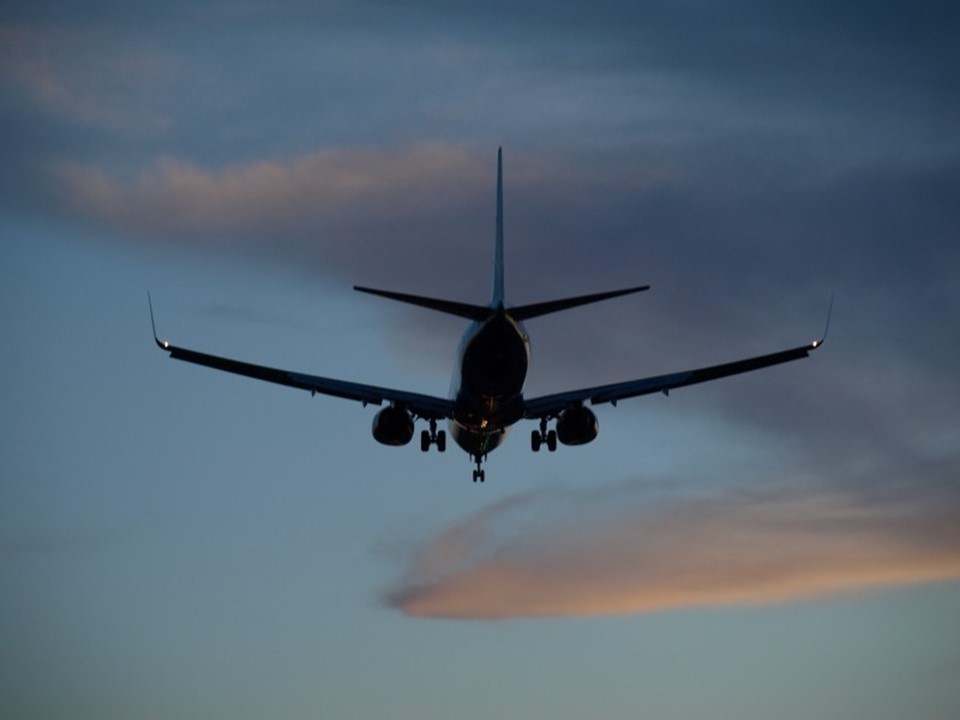 By the way, that’s a joke. I’m not a pilot. I have no real desire to become one. There is something about crawling into a plane with an inexperience pilot that makes me nervous. I like my pilots to have hundreds (if not thousands) of hours of flight experience. I could never solo by myself. Besides, I don’t need any more hobbies that could kill me. 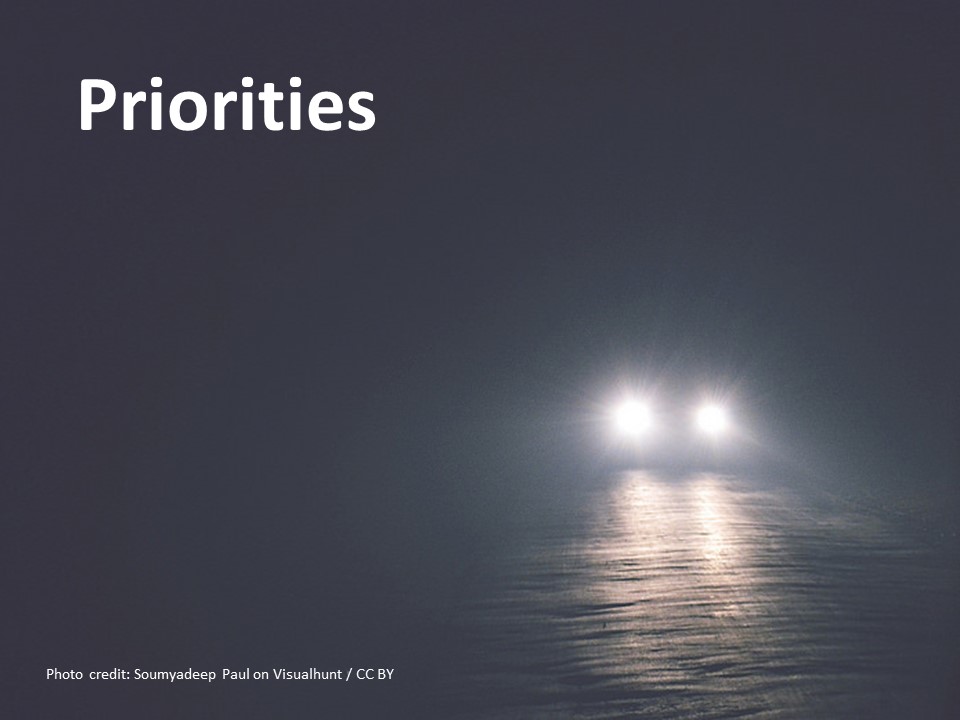 Jesse also told his followers, “it’s not about the possessions, it’s about priorities.” Ironically, he’s right. I’m not so sure he really believes it, but that’s for God to decide. Our passage today shows us the importance of priorities and of the dangers of misusing God’s power. Luke, the author of Acts, provides us with three examples of the effect of Jesus’ power:

The first group we encounter in today’s reading couldn’t pass a basic theology exam, yet their priorities are right. They are open and eager to learn. They have been baptized by John’s disciples and they’ve heard about Jesus, but they don’t know about the Holy Spirit. In this way, they are handicapped. 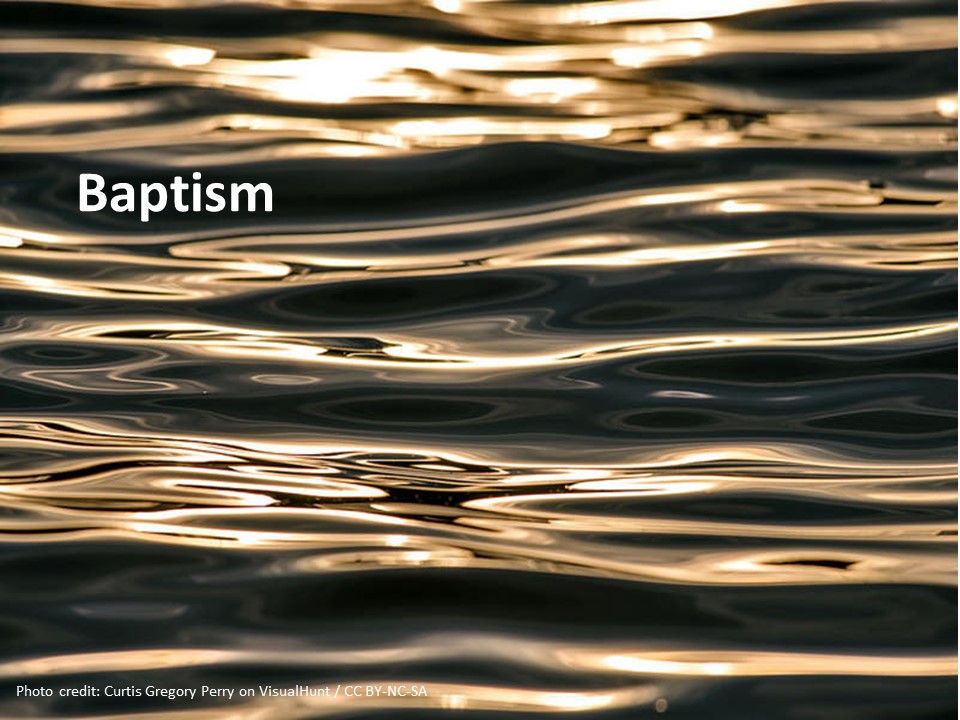 If you remember, as I preached through the first 18 chapters of the Acts of the Apostles, I often said this book should have been called “The Acts of God through the Apostles.” This book of scripture isn’t about what the Apostles did to build the church. Instead, the book is about the Spirit filling the Apostles and giving them the power of Jesus to carry out God’s plan. Now that these disciples in Ephesus have learned the truth, they are baptized as Jesus’ disciples. Afterwards, when Paul lays his hands on them, they’re filled with the Spirit. They experience the power of Jesus’ name, the power that fills us with the Spirit and allows us to do incredible things for the Kingdom. 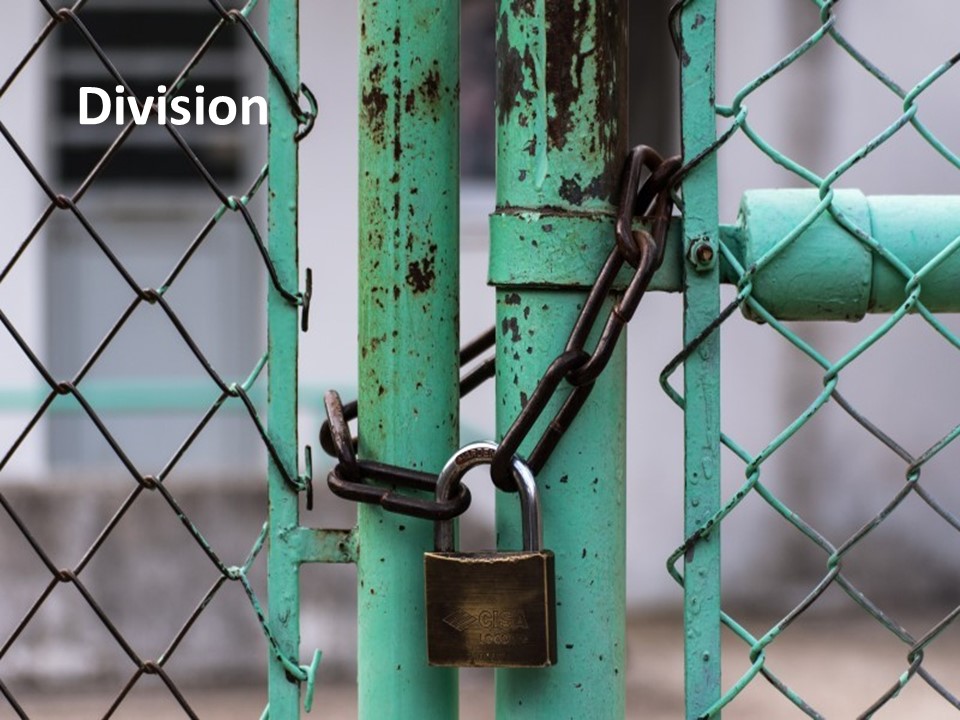 The second way we see the Spirit’s effect is with the opposition in the synagogue against Paul and those who accept Jesus’ message. The power of Jesus’ name creates division. Jesus pointed this out.[3] While our goal is to bring everyone into a relationship with Christ, it’s not going to be accomplished this side of eternity. There will always be opposition. I am not sure why we are surprised when it happens, but from my experience whenever a church is doing something good and positive, challenges arise.  Opposition grows!

Now look at how Paul handles this challenge. He doesn’t continue to beat a dead horse. After a while, he decides it is time to move on. He takes with him those who are interested in growing within this movement that was then known as “The Way.” They leave the synagogue and move into a lecture hall own by a guy named Tyrannus. There’s been a lot made over this name, which means tyrant. What kind of parent would name their child that?[4] Commentators have speculated that since he had this lecture hall, he must have been a teacher and perhaps this was a nickname given to him by students. I certainly had a few teachers in my life whom I considered a tyrant.

Back to the opposition to Paul’s teaching. It’s interesting that instead of fighting back, Paul simply moves. His priority is to build a congregation in Ephesus. To have put up a fight he would have missed out on his main purpose, teaching about Jesus. Those who stubbornly refused to believe isn’t worth his time and threatens to sabotage his ministry. Paul moves on. Jesus gave similar instructions to the 70 disciples whom he sent out two-by-two.[5] If they weren’t well received, they were to wipe the dust off their feet and move on. I wonder if today’s churches (both congregations and denominations) lose the vision of the mission when we spend time arguing over things that are not essential.

Finally, we learn about some fake magicians who, seeing there is power in Jesus’ name, decides to claim this power for themselves. Priorities are important, as Jesse said. And these dudes have their priorities mixed up. They aren’t interested in spreading the good news, they’re interested in what they can obtain for themselves. And they find themselves in over their heads. Luke may have included this story to remind his readers that being filled with God’s Spirit isn’t some kind of magic.[6] The power isn’t in what we do, but in the God who acts. 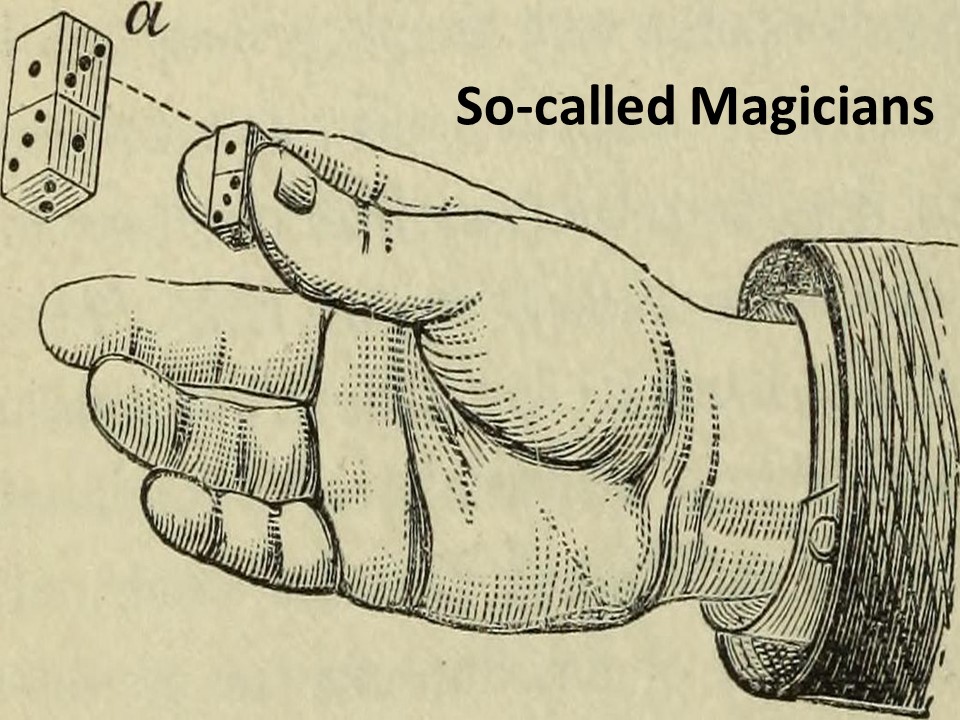 Our text tells us that these were Jewish magicians, but the text also raises some questions as to their true background. These seven sons of a Jewish high priest named Sceva smells a little fishy. First of all, there is no history of a high priest by this name. Furthermore, it’s not a Hebrew name, it’s Roman. A high priest of the Jewish faith wouldn’t be known by a Roman name. Perhaps these dudes aren’t even Jewish. Certainly, those from the Jewish faith reading this account in the first century would have known they are not related to real high priest. [7]

I expect these magicians tacked on this title as a way to sell themselves. There seems to be a human tendency to look for magic in the exotic. People are intrigued by these dudes, until they try cast out demons. At that point, they get themselves in trouble as the demons, who knows Jesus and Paul, attack. When it’s over their clothes are stripped off and, bloody and bruised, they steak through the streets of Ephesus.

Observing this, more people became convinced of the power in Jesus’ name and believe for the right reason. As the Gospel spreads, books of magic are discarded. Magicians give up their livelihood for the truth. Their willingness to accept the gospel stands in contrast to another profession in Ephesus. We’ll see about that next week. Stay tuned! 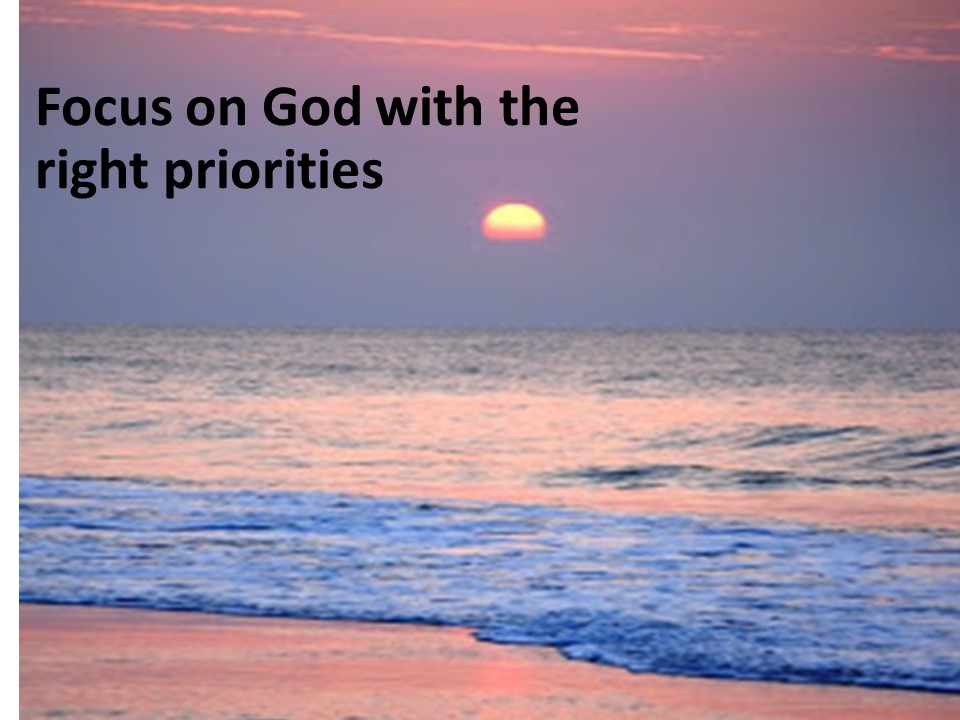 What can we take from this passage? Two things: there’s power in Jesus’ name, but for that power to be accessed, it can’t be about us. We must have our priorities right. We must be focused on God’s work! That’s our challenge as followers of Jesus. Amen.