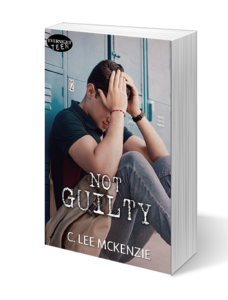 This book grabbed my attention in the first chapter and kept me engaged throughout. I didn’t want to put it down, wanting to figure out how the protagonist, Devon, gets through his dilemma. A high school junior with the hope of playing college basketball, Devon is dumped by his girlfriend after someone falsely identifies his car parked on the street where his ex-girlfriend lived. That was a start of a bad day that only got worse. He skips his last class and went to the beach. On the way, he’s receives a ticket for speeding and then later, identified as the person who stabbed a local surfer on that afternoon. When he’s found guilty, he is sent to juvenile detention for five months and then is on probation afterwards. Along the way, he’s haunted by a basketball player from another town who he runs into in detention (and afterwards). In detention, he befriends several Hispanic youths who teach him what true friendship is all about. After he gets out of detention, he realizes things have gone downhill for his family (they suffered financial hardship because of his conviction). But in the end, everything works out as Devon helps put the pieces together that eventually lead to the arrest of the person who committed the assault. In a way, the Devon and his family fortunes have changed so that the book seems somewhat comic (in the classical sense). But Devon does learn what it means to work hard, to have true friends, and that although the justice system doesn’t always get it right, it often corrects itself.

This would be a great read for any teenager, especially for boys who have found themselves being wrongly accused by police (as I experienced nearly a half-century ago). Lee McKenzie should be congratulated for writing a book that addresses such issues.

I received a free electronic copy of this book for an honest review.