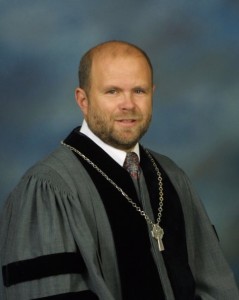 Jeff Garrison was born and raised in North Carolina. He is very proud of his heritage as is often heard in his sermons. When he was nine, his family moved to the eastern part of the state, just a half mile from the Intracoastal Waterway. As a Boy Scout he became very involved in his local church while working on The God and County award. He was also the first youth deacon ordained in his home church. After graduating from high school he attended the University of North Carolina at Wilmington. During college he worked in a wholesale bakery and afterwards for the Boy Scouts of America. In 1986 he finally answered his call into the ministry and enrolled at Pittsburgh Theological Seminary. While in seminary he spent his first summer completing the Appalachian Trail and later summers directing a camp in the Sawtooth Mountains of Idaho. He also took a year off from classes to serve as the student intern pastor for First Presbyterian Church of Virginia City, Nevada. Jeff later earned a Doctorate of Ministry from San Francisco Theological Seminary.

Being a pastor is a blessing according to Jeff. It allows time for study of God’s word as he prepares for preaching and teaching, as well as time to reach out to those around him. Preaching and talking to people about how God is working in their lives are high points in his ministry.

Outside of the church Jeff enjoys anything that gets him outdoors into God’s grand creation: backpacking, canoeing and kayaking, skiing, sailing, camping, fishing, or star gazing. He encourages one and all to share these outdoor experiences with him. He has traveled around the world on trains, taken ships, buses and boats, driven across the country on two-lane roads and when possible takes off into the wilderness on foot or in a canoe. He especially enjoys the people he meets along the way and has come to a greater appreciation of the wonders of the world for which we’re God’s stewards. At home he enjoys reading, writing, cooking, history, walking around the neighborhood and sharing a good joke. He is a firm believer in Sunday afternoon naps as a way to fulfill the fourth commandment. God is good!

Jeff and Donna met shortly after his graduation from seminary and they married in 1992. Donna was originally from Kennesaw, Georgia. She has a master’s degree in health communication from Michigan State and while in Michgan directed the Barry Community Free Clinic in Hastings, Michigan, an organization that provides free medical and dental care to those in need. In addition, Donna served on the local school board. She enjoys reading, writing fiction, baking, sailing, biking, cross-country skiing, traveling, watching sports and walking the neighborhood while laughing at Jeff’s jokes.  Here on Skidaway, Donna manages the finances at St. Peter’s Episcopal Church.

In 1990 Jeff was ordained as a minister of Word and Sacrament by the Presbytery of Western New York where he served as a designated pastor for the United Church of Ellicottville, a small ski community located 65 miles southeast of Buffalo. During his tenure in Ellicottville, Jeff spent his time perfecting parallel turns on the ski slope while providing the community with much needed pastoral care, especially during the winter after the Buffalo Bills lost yet another Super Bowl. (The Bills were in the Super Bowl every year that Jeff was in Western New York and they lost all of them!)

Late in 1993 Jeff and Donna headed West for the mission field of Southwest Utah, where he was the pastor of Community Presbyterian Church in Cedar City. Jeff served the congregation for ten years during a dramatic period of growth that included relocating and building a new facility.

During this time the Garrison family also grew. In 1997 Jeff and Donna adopted Thomas, who was twelve years old. Thomas now lives in Cedar City, Utah, has worked in construction and is currently in manufacturing. In 2010, he married Michelle and they have two sons: Ethan and Jeffrey.  Michelle is a teacher in Cedar City.  In Thomas’ free time, he enjoys reading, hiking and fishing.

In 1998 Caroline was born. She loves tennis and singing and has lately taken up the art of quilting. She also skis, enjoys sailing, traveling and, like her mom, watching sports.

In 2004 Jeff was called to be pastor of the First Presbyterian Church of Hastings, Michigan, where, during his 10 year tenure, he led yet another relocation and building campaign. Jeff is happy to report that both of his previous congregations paid off their mortgages before he was called to a new ministry. Although we never know what God has in store for us, Jeff prays he is done with relocating churches. 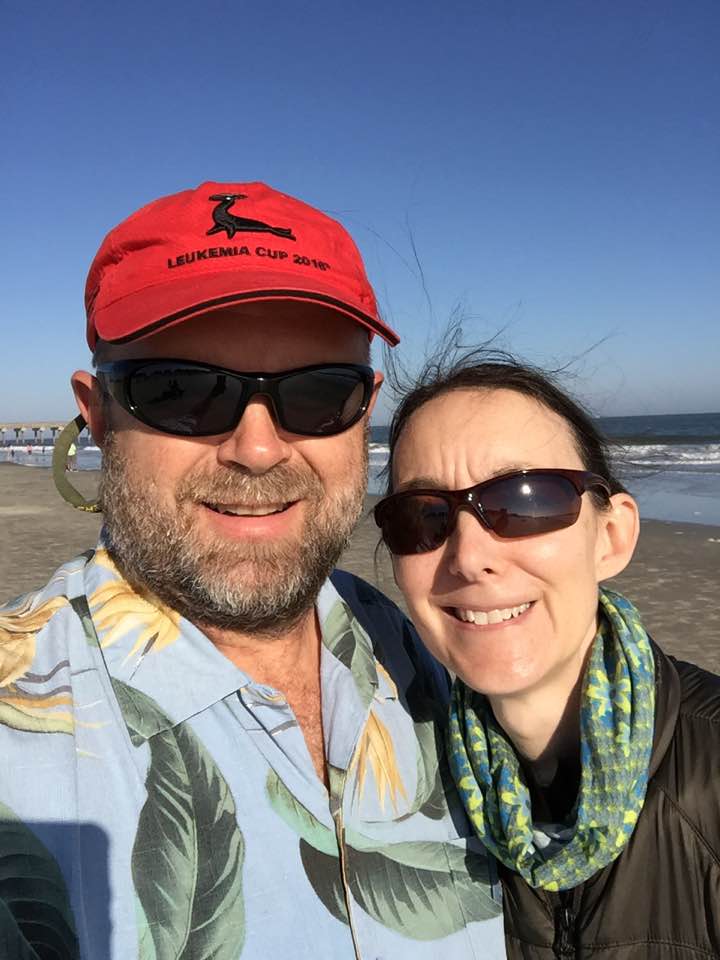 Jeff accepted the call to Skidaway Island Presbyterian Church in the summer of 2014.  During his tenure here, the church has resumed holding Kirkin’ o’ the Tartans services as we recall our Scottish heritage.  We have also started holding Easter Sunrise Services at Landings Harbor Marina.  Jeff’s writings and photography are often featured in The Skinnie. He’s also a volunteer firefighter and has taught homiletics (preaching) at South University’s School of Theology. During his free time, he is often seen sailing or kayaking on the waters around Skidaway, bicycling, or enjoying the family dog, Mia.

Check out Jeff’s blog at The Pulpit and the Pen.