Advent is a time of waiting. Let’s face it; we’re not very good at it. Everything about our society wants to push us to go faster. We hear carols starting after Halloween. Why, cause some ad man or woman thinks it will lure us into buying presents. But the season of Advent tells us to hold on, to wait, don’t get all excited, not just yet. Remember, the Jews waited centuries for the Messiah. And we’re waiting for his return even as we wait to celebrate a birth that happened a long time ago.

Wait, be patient, things are happening that we don’t fully understand. Wait, be patient and trust for God has things under control. Wait, be patient, it’s a good spiritual discipline. Advent hymns express our waiting, our longing, our desires, our awe and our fear. “Come Thou Long Expected Jesus,” “O Come, O Come, Emmanuel,” “Let all mortal flesh keep silence, and with fear and trembling stand.”  Yes, Christmas is a season of joy, but first, we have to prepare ourselves as we wait in awe of what God is doing.

This Advent I’m having us look at passages from Mark’s gospel that challenge us to be ready for the Messiah. You know, Jesus surprised people when he first came. That’ll probably be true for his return, too. In our reading this morning, we are reminded that following Jesus isn’t always going to be easy. We’re going to be tempted to turn away, to try to find a smoother road. But we are to endure, to remain faithful, to trust in our Savior.

There is an old Peanuts cartoon where Lucy and Linus are looking out of the window into the rain, kind of like many of us have been doing much of the past week. Lucy expresses her concern that the whole world might flood. Linus assures her that that won’t happen because of God’s promise in the 9th Chapter of Genesis, when the rainbow was placed in the sky. Lucy, relieved, thanked Linus for taking a great load off her mind. Linus responds, “Sound theology will do that.”

Sounds theology reminds us that God is in control and we’re to trust the Lord in all things.  Read Mark 13:1-9. 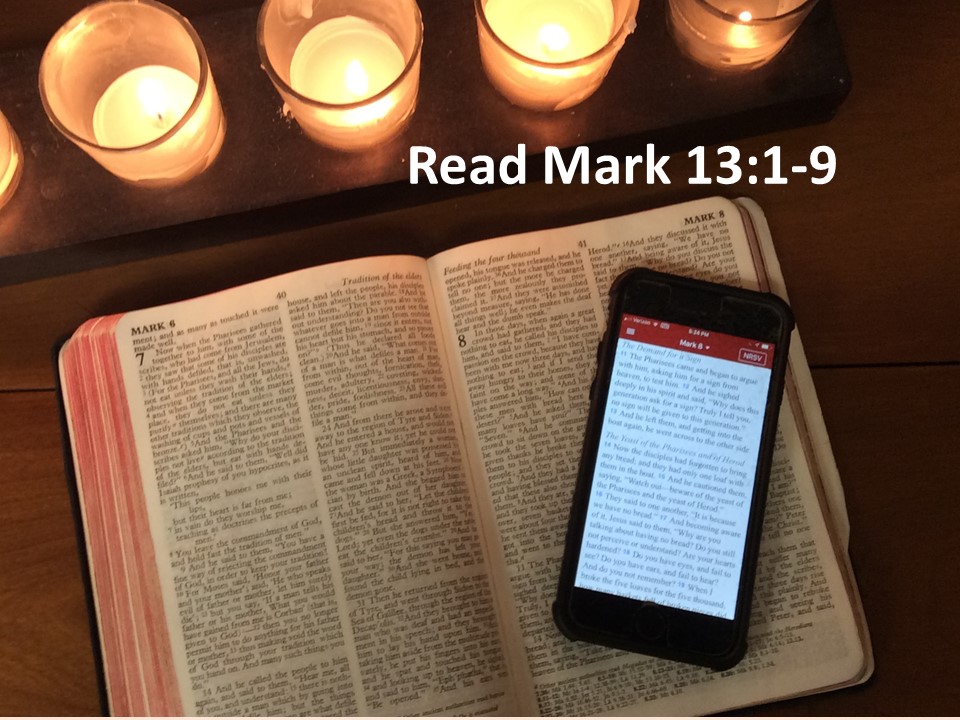 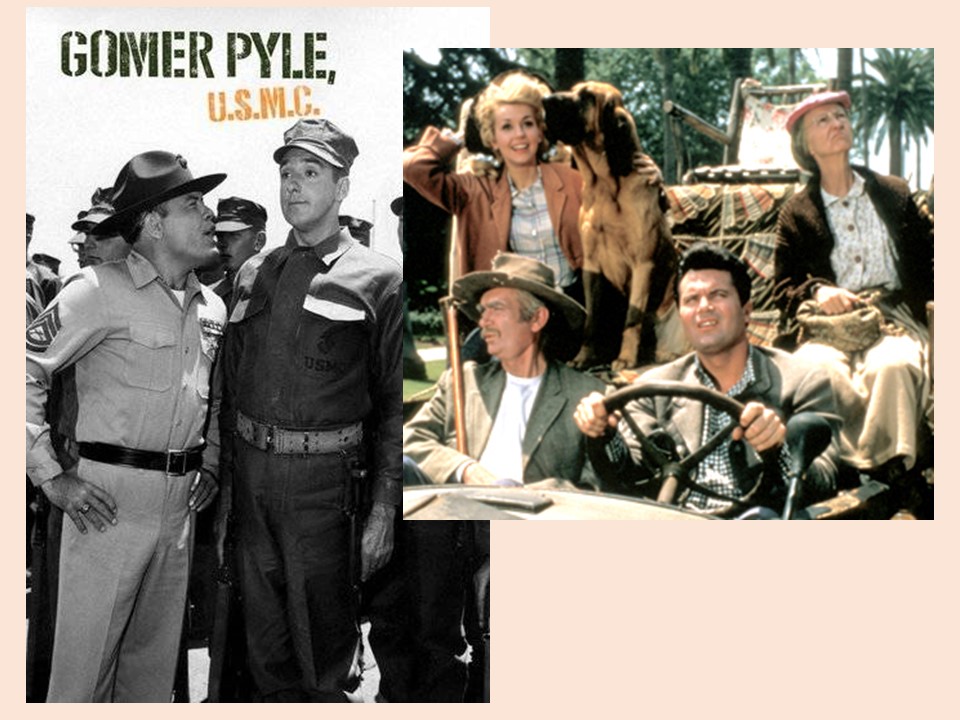 Having made their way from Galilee down to Jerusalem, the disciples are kind of like Private Gomer Pyle on leave in New York City.  Reading this passage, I can almost hear a wide-eyed Peter say Gawwww-leeeee, as he gawks and cranes his neck looking up at the skyscrapers. Stopping at every intersection, he uses one of those obnoxious sticks to take selfies with his cell phone. Or maybe he’d be like Jeffro Bodine, driving the Clampet family’s old jalopy from Tennessee to Hollywood in the Beverly Hillbillies. The “country bumpkin” who is amazed by urban Los Angeles. These old shows gave us plenty of laughs and sadly most of the actors are no longer with us. Jim Nabors, who played Gomer Pyle, died just a couple weeks ago.

In our passage this morning, the disciples are awe-struck at the temple. Like Gormer and the Jeffro, they’re the country-bumpkins” who’d come down from Galilee and are amazed. They had reason to be. Herod’s temple was built with massive stones measuring up to 67 ½ feet in length, 7 ½ feet in height and 18 feet in width.[1] In the days without heavy equipment, to see such massive stones incorporated into the temple’s beautiful construction was awe-inspiring. That is, awe-inspiring to everyone but Jesus. The disciples walk in amazement while Jesus just kinds of shrugs his shoulders and says it’ll end up a pile of rubble. “You got to be kidding us, Jesus,” the disciples probably thought. His words put a damper on the disciples’ enthusiasm.[2]

We can image the disciples following Jesus out of Jerusalem in silence, shaking their heads. They head to the Mount of Olives, where they have a panoramic view of Old City and the temple. There, four of the disciples pull Jesus aside.  Still in shock, they ask about what he said and when is it going to happen. Interestingly, Jesus doesn’t directly answer their question and say this will happen in forty years. Or that in 70 AD the Romans, who’d been kicked out of Israel four years earlier, will come back with a vengeance. They’ll recapture the city, build hot fires under the stones so that they blow apart. And then, using captured Jews who had been enslaved, they’ll spread the rocks out so that nothing much remains of the temple.

You know, the Romans had a way of teaching their enemies a lesson, of getting rid of the icons of those nations who challenged them. Remember Carthage? They not only destroyed the city but sowed salt into the ground so that nothing would grow there. The destruction of the temple created a significant challenge for Jews and Christians.  No longer did they have a central place of worship and focus. Until this time, the church and along with Jewish believers looked to Jerusalem. The church had been spreading throughout the empire, but after the destruction of Jerusalem and the temple, the focus for the church moved away from Jerusalem, to Antioch and Alexander and eventually Constantinople and Rome. 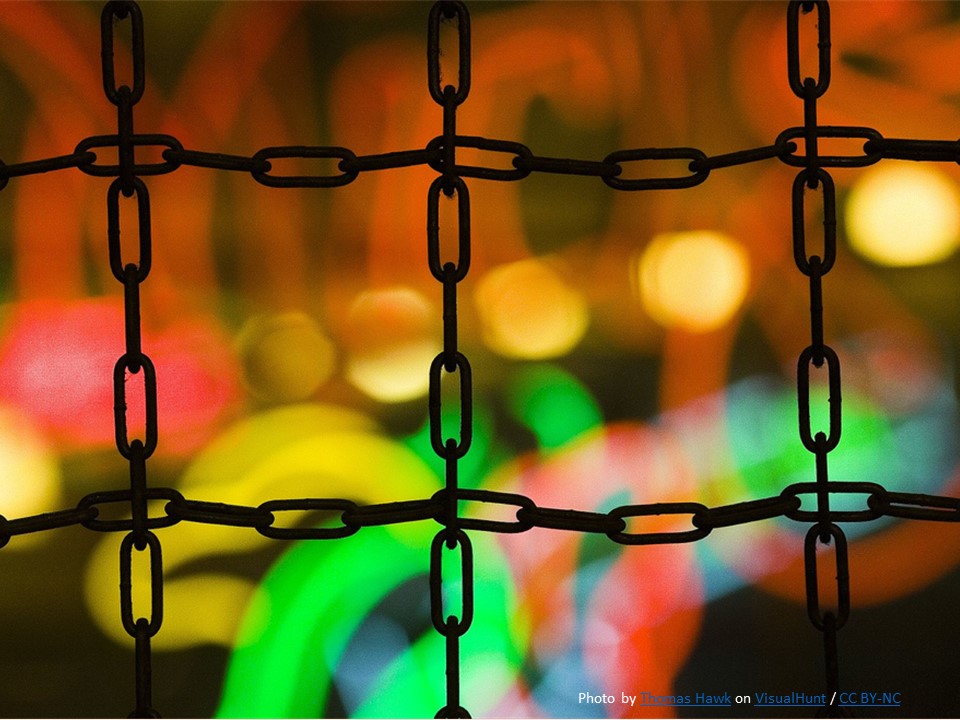 But Jesus doesn’t tell the disciples when this is going to happen. Instead he uses this moment to warn the disciples that the future will not be all rosy. There is going to be some serious trouble and he wants the disciples to be ready so that they’ll remain faithful and not be deceived by others who come along with a better proposal. When trouble happens isn’t important. How we face challenges, as Christians, is important. Do we remain faithful in times of trouble, or are we lured away from our Savior? 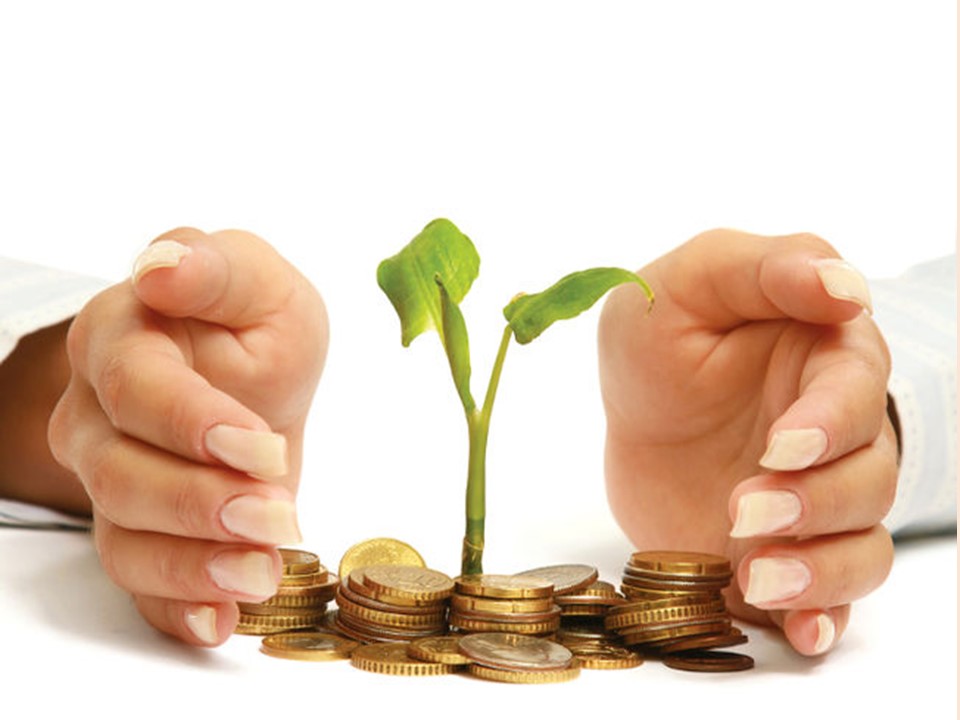 One of our problems (a problem of humanity) is that we tend to have short attention spans. Despite the advertisements about investing for the long-term, we tend to take short-term views. We want to know what someone is going to do for us right now, in the moment. We don’t like to wait. If someone promises us that we don’t have wait, that we can have it now, that we can have our cake and eat it too, we’re gonna listen and be tempted to follow. It may sound too good to be true (and probably is), but that’s what we want, that’s what we feel we deserve, or so we think. But Jesus wants us to be loyal to him, to trust him, and not be misled by false prophets and messiahs. 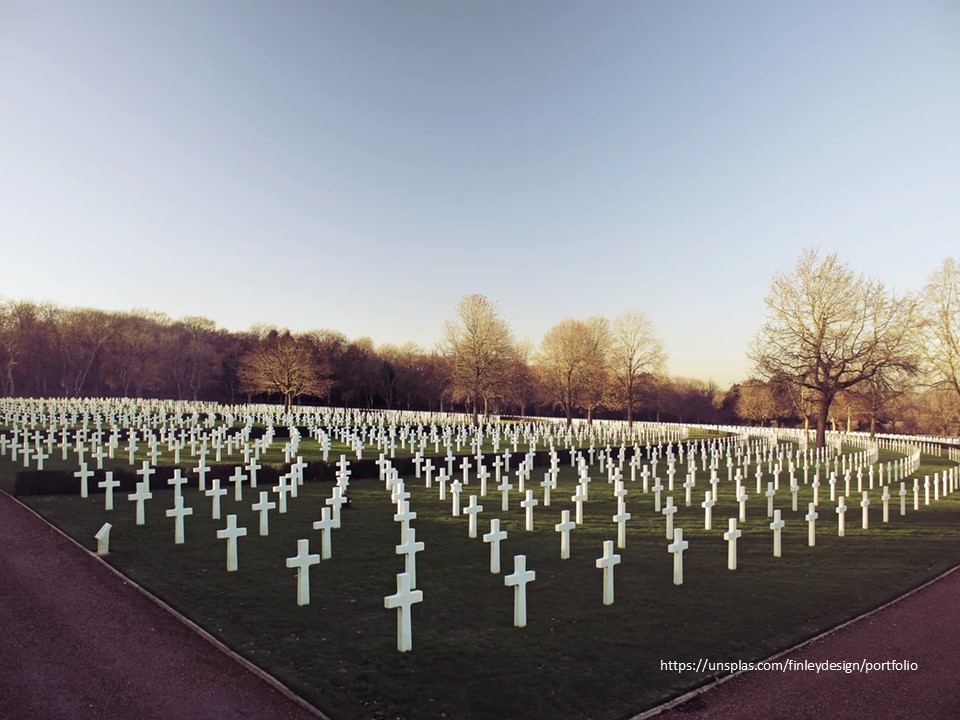 Interestingly, in our text this morning, Jesus tells us that there will be wars and rumors of wars, which has been pretty much true for all of human history. Yeah, we might get a decade or two without a major war, but that’s about it. But these wars, which happen all the time, don’t signal the end. Yes, nations will rise against nations, kingdoms against kingdoms, along with earthquakes and famines. We see it, don’t we? But when hasn’t the earth seen such troubles. Our only advantage today is that wars and the earthquakes (along with fires and volcanoes and other disasters) are brought into our living rooms on TV and through the internet. They’ve always been happening, it’s just that we’re able to know about them faster today than ever before. So we need to be careful about pointing to any set of events as being precursors to the end. 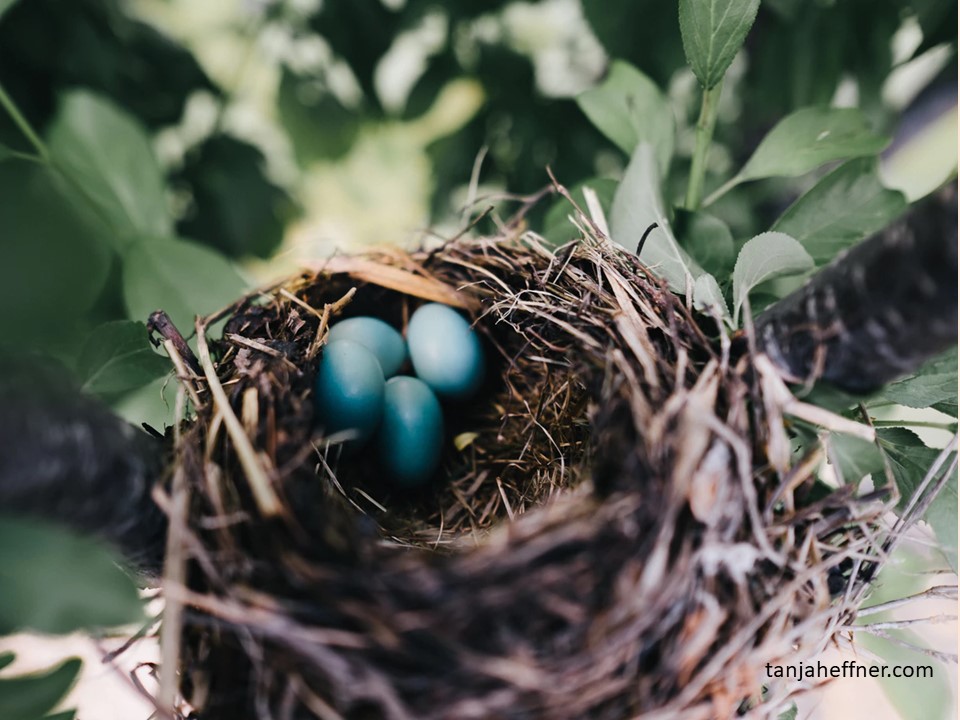 But get this. Jesus doesn’t say that the end of time will come on the heels of such disasters, but that such signs will just be the beginning of the birth pangs. Birth pangs… now we are taken back to Mary and that long journey to Bethlehem. Think about this. Although birth pangs are not pleasant (of course, as you know, I’ve not experienced them firsthand), they are actually a hopeful sign. Because after all the pain comes that cry of a newborn, a child, a new life. And with that cry comes joy. So instead of us worrying about the troubles we face, we rejoice for we know that there is something glorious is happening. From the perspective of a birth, this isn’t necessarily a gloomy passage. Yes, there will be trouble, but God’s got this under control. 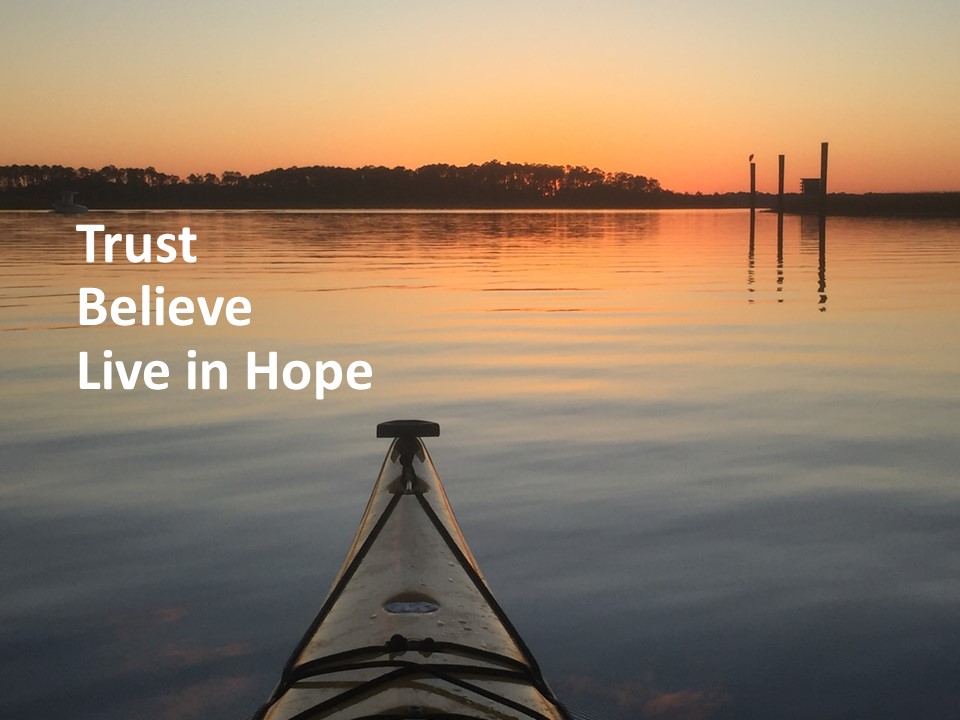 Trust. Believe. Live in hope. But don’t be surprised if you find yourself persecuted and abused because of your belief. It’s just birth pangs. God’s got this! Jesus doesn’t want his disciples to be running around afraid, even though many of them were handed over to councils and beaten in the synagogues. Jesus wants them to trust in him and to realize that things are working out even when there appears to be no evidence of it.

What about you? Are you afraid of the signs of the times? Worried about the end? Or do you trust God in all things? It’s hard, but it is our calling.

Be strengthened by these words from Teresa of Avila, a Spanish mystic in the 16th Century: 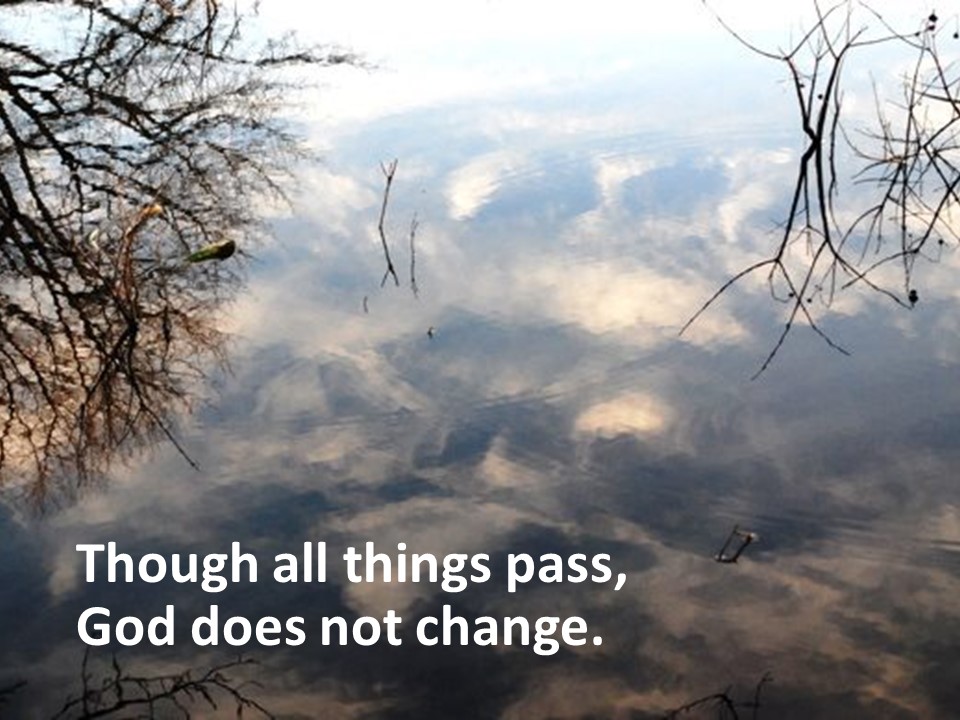 Let nothing disturb you.

Let nothing frighten you.

Though all things pass,

God does not change.

But he lacks nothing who possesses God;