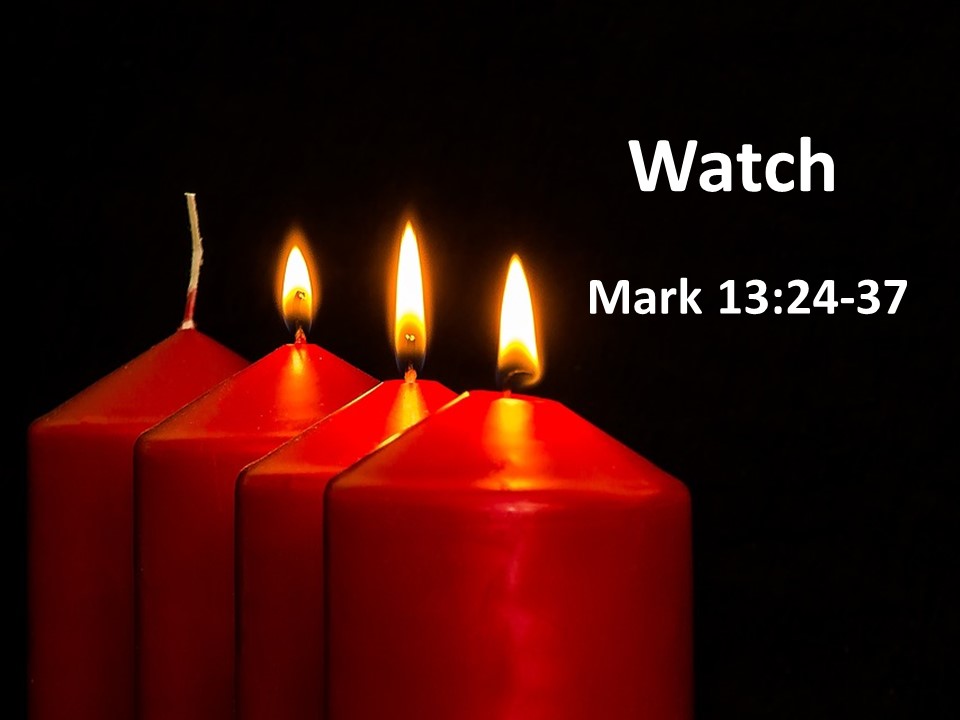 Sarah and her thirteen-year-old sister have been fighting a lot this year. This happens when you combine a headstrong two-year-old, who is sure she’s always right, with a young adolescent, who knows she’s right. Sarah’s parents, trying to take advantage of her newfound interest in Santa Claus, reminded the two-year-old that Santa’s watching and doesn’t like it when children fight. It has had little impact.
“I’ll just have to tell Santa about your misbehavior,” her mother said one evening as she picked up the phone and dialed. Sarah’s eyes grew big as her mother asked “Mrs. Claus” (really Sarah’s aunt) “could put Santa on the line.” Sarah’s mouth dropped as her Mom described to Santa (really Sarah’s uncle) how the two-year-old was acting. When Mom said that Santa wanted to talk to her, the toddler reluctantly took the phone.
Santa, in a deepened voice, explained to her how there would be no presents Christmas morning to children who fought with their sisters. He would be watching, and he expected things to be better from now on. Sarah, her eyes even wider, solemnly nodded and then silently hung the phone up. After a long moment, Mom (holding back laughter at being so clever) asked, “What did Santa say to you, dear?”
In almost a whisper, Sarah sadly but matter-of-factly stated, “Santa said he won’t be bringing toys to my sister this year.”[1]

I think we’re a lot like Sarah. We like to read into situations that we are in the right and they (a sister, someone else, or some other group of people) are wrong. But Scripture reminds us that there is a problem in the world (called sin) and we (as sinners) are a part of the problem which is why we need a Savior. We must be careful at making ourselves out as righteous and others as being in the wrong.

Today, we are looking at the ending of the 13th Chapter of Mark’s gospel. This chapter has an apocalyptic flavor. Last week, we looked at the opening where Jesus warned about the destruction of the temple in Jerusalem. He continued on discussing the tribulations that his followers would face during this time of the temple’s destruction. Then he moves to discussing the Son of Man’s return. This has generally be interpreted as Jesus’ return at the end of history, but if so, he doesn’t give us any clear understanding as to when it will happen, only that we are called to be ready.[2]

When you leave today, know two things. As sinners, we’re all in this together. As Christians, we long for Christ’s return. And we are to be ready for that event at the end of history. Read Mark 13:24-37. 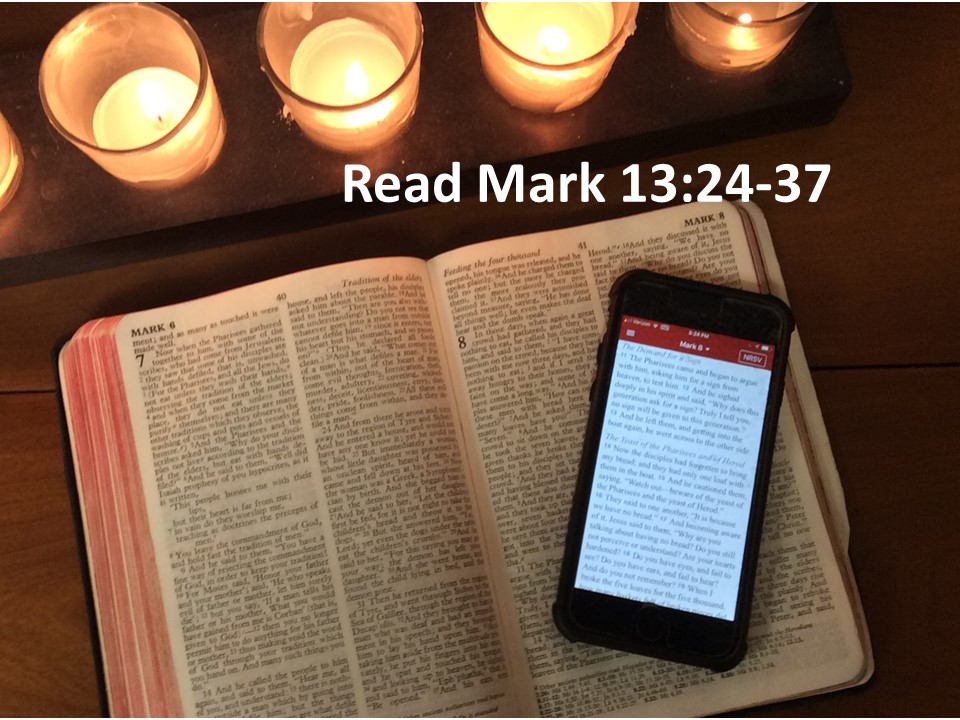 Keep awake…  As a child, that used to be so hard. Sermons were the worse. My eyes would be heavy.  School was also another difficult time to stay awake, especially in a warm classroom.  Keeping awake was hard, except for on Christmas Eve, when you were told to go to sleep. It was harder to fall asleep on Christmas Eve than it was when you had planted a tooth under the pillow! You knew something magical was happening. The anticipation was high; too much was happening while we were asleep. I’d roll and roll and when my parents looked in on us, pretend to be asleep, while the clocked ticked away.

Keep awake, you don’t know when this is all going to happen and when the Son of Man might appear. It’s been almost 2000 years since Christ left—that must be the reason there is a lot of insomnia going around. But we’re weary of waiting. It’s not something we’re good at doing. We fret when we are in the doctor’s office for too long. We stew when we get behind a slow driver along the Diamond Causeway. We brood if a waitress or waiter in a restaurant is inefficient. Waiting makes us feel out of control, unimportant, unwanted and helpless. Yet, we have to wait all the time. Children wait for Christmas morning. Parents wait on children to go to sleep. And the more we wait, the more our blood pressure rises. When is it going to all happen?

And then, Advent rolls around in the church calendar.  A period of waiting, which is counter-cultural in itself, for we are a society of people who want instant gratification. However, most people probably don’t mind waiting for Christ’s return. After all, we can put off the important things in life for another time. But that’s risky, Jesus says. That’s a gamble we shouldn’t take.

Mark provides us with a pretty gloom picture in this chapter. Certainly most of the chapter is referring to the destruction of the temple which occurred in 70 AD. It was a period of false Messiahs and great upheaval. But in verse 24, Jesus moves to discussing his return. One way of looking at this passage is how, with the temple gone, the focus is now on the Messiah, the risen Christ. The Jesus who lives in our heart and is present in the church is how God is represented in our world today. So yes, Jesus is here with us now in Spirit, but he’s also coming back in person…

In a commentary on this passage, Scott Hoezee, a friend of mine writes:

“If the first advent of Christ has any meaning whatsoever, it is only because he is coming back to judge the living and the dead. If he is not coming back, then there is nothing to celebrate at Christmas….  If ditties along the lines of ‘Have a holly jolly Christmas’ could cure what ails us in this life, then there never would have been any need for God’s Son to go through the bloody trouble of coming here in person.”[3]

As I said earlier, there is a problem in the world. As sinners, we’re a part of that problem and Christ is the solution. 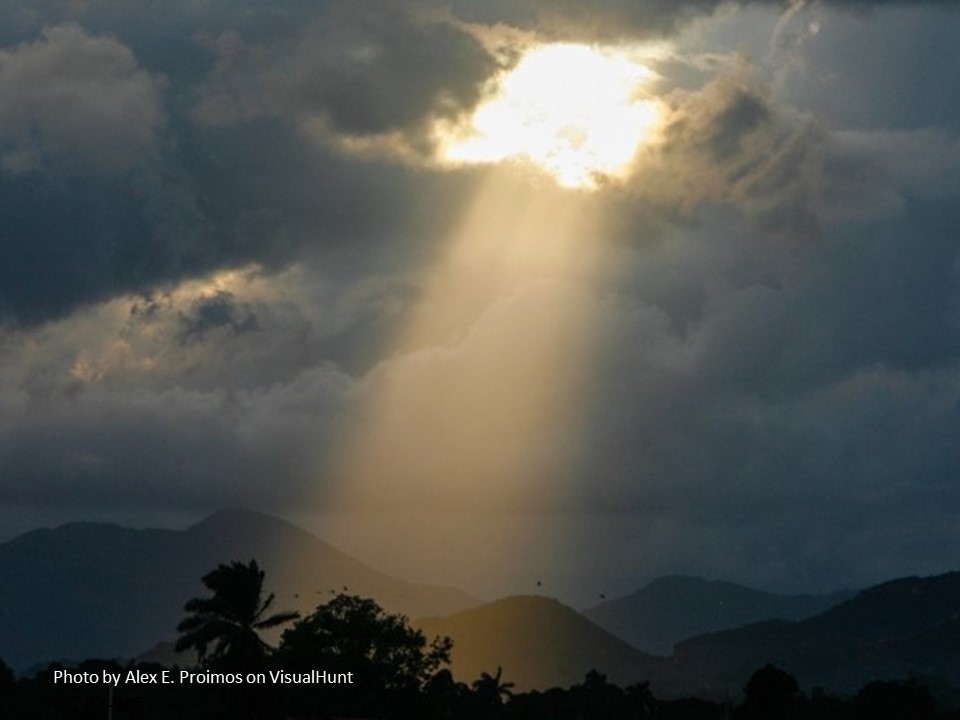 Our passage begins with a description of terrible days.  The sun and moon will darken and stars will be falling out of the sky…  Anyone see any of the Geminids meteors the other night?  I only saw one meteor streak across the sky, while taking the dog out, but it was supposedly a pretty good meteor shower. Of course, we know meteors are not stars, but they look like stars and we can see why such showers were frightening to those in the ancient world. Mark envisions not just a darkening of the sky, but a collapse of things we take for granted.

Perhaps we need to look at this passage in a less literal way.  What’s happening is that the lights need to be lowered as a way that all the light can be focused on the one coming—Jesus Christ. The distractions need to be removed so that everyone pays attention to what’s happening.  The scene is scary and wonderful at the same time. It’s God’s great and final drama in history. 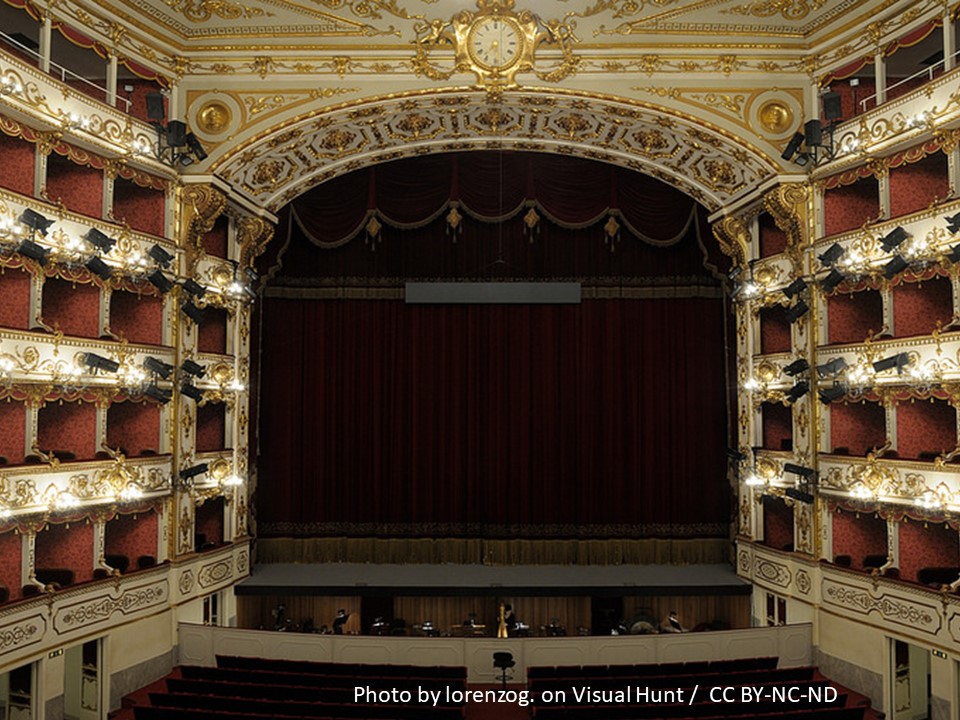 This return involves the gathering of the elect, the faithful, those chosen by God through Christ. Those who have been faithful are brought into Christ’s presence.

Jesus then returns to the question that started this discourse, about when these things (such as the destruction of the temple) will occur. He uses a fig tree as a lesson. Just a day or two beforehand, Jesus had cursed a fig tree that was not providing fruit, and the tree shriveled up and died.[4] The fig tree was often used by the Prophets as a symbol of Israel.[5] Now, instead of a fig tree withering, he speaks of when it blooms, which is later that most trees, in early summer. The budding of the fig tree is a sign of when this is happening, probably refers to Jesus the Messiah rising into prominence as the temple, which will soon be no more, fades from history. In the future, God will not be seen in relationship to the temple (for with the temple gone, where would that leave God?). Instead, God is seen through his Son, our Lord, Jesus Christ. The fig tree which appears dead in winter, puts forth new sprouts and is alive. Christ, who was dead, is resurrected.

Jesus doesn’t give an exact time for this to happen, instead he points to what will happen. 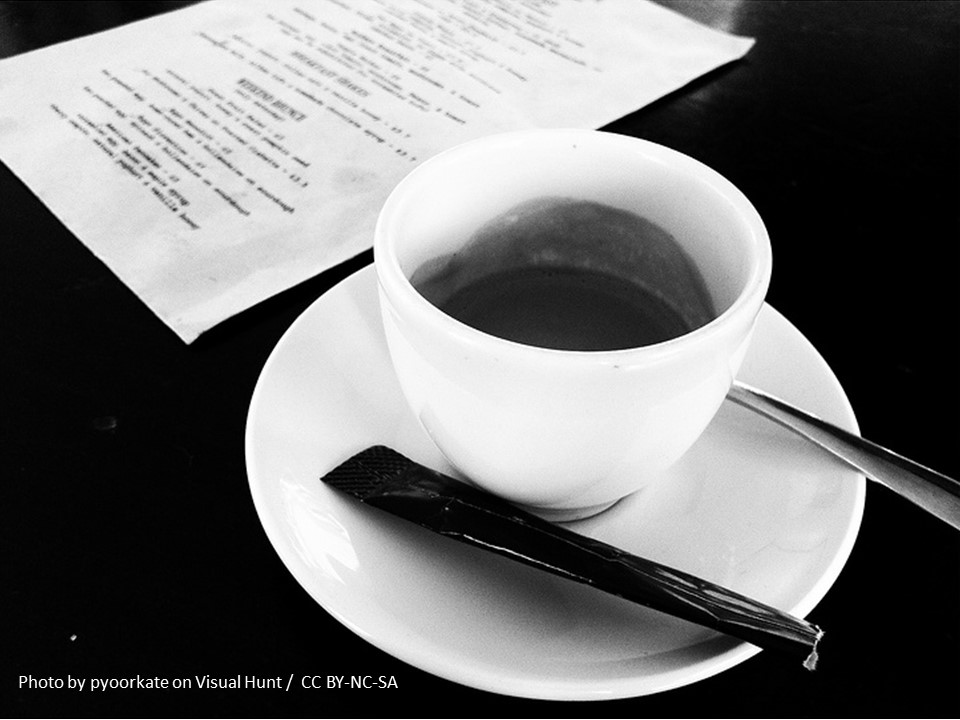 Our passage moves on to the final section where Jesus insists that what’s important isn’t that we know when all this will take place (much of which took place before the end of the first century). Yet, we are still waiting for his return. What’s important is that we are ready. “Keep awake,” this chapter ends, or as The Message translates the ending verse, “Stay at your post. Keep watch.”  As one commentator on this passage writes, “vigilance, not calculation, is required.”[6]

The use of the story about the slaves or servants waiting on the master implies that they have assignments and must be willing to fulfill their calling while the Master is away. Interestingly, with this section in Mark’s gospel, relating to the Master’s return, there are no signs given. The slaves don’t know, so they must continue with their tasks… Likewise, each member of the church has work to do (by the way, we’re all called) and by doing that for which we’ve been called, we fulfill our obligation to “watch.”[7] 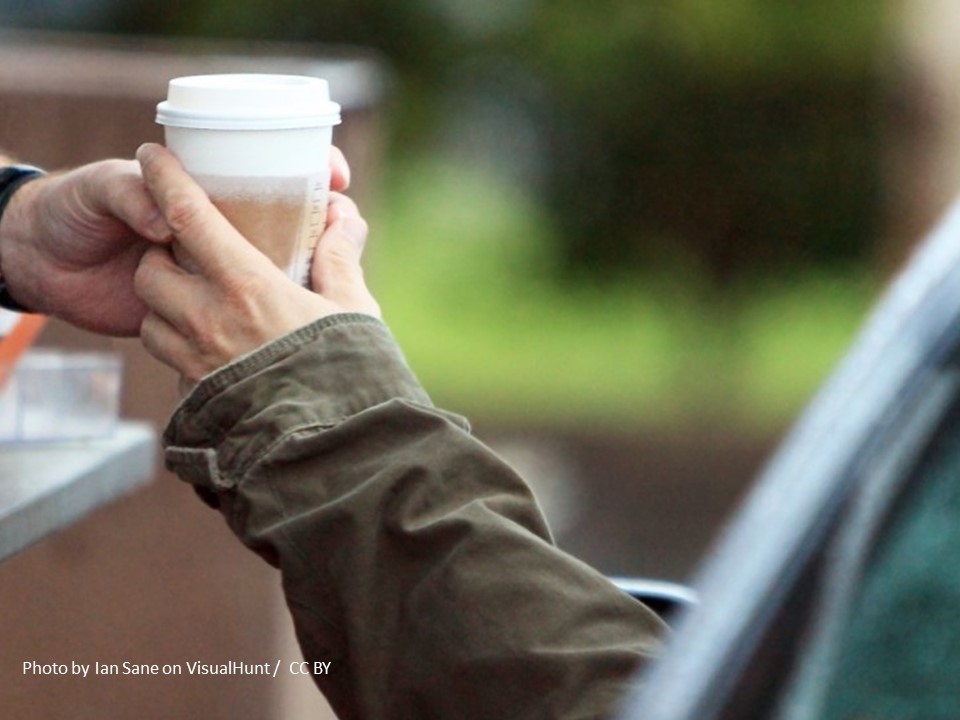 Christ has come, Christ will come again. But until he does, we are to be his hands and feet in the world, taking care of one another while telling his story so that others will catch a glimpse of the hope the world has in Jesus Christ and be ready. As The Message translation reminds us, “Stay at our post” so we might be ready when Christ comes. Come, Lord Jesus, Come. Amen.