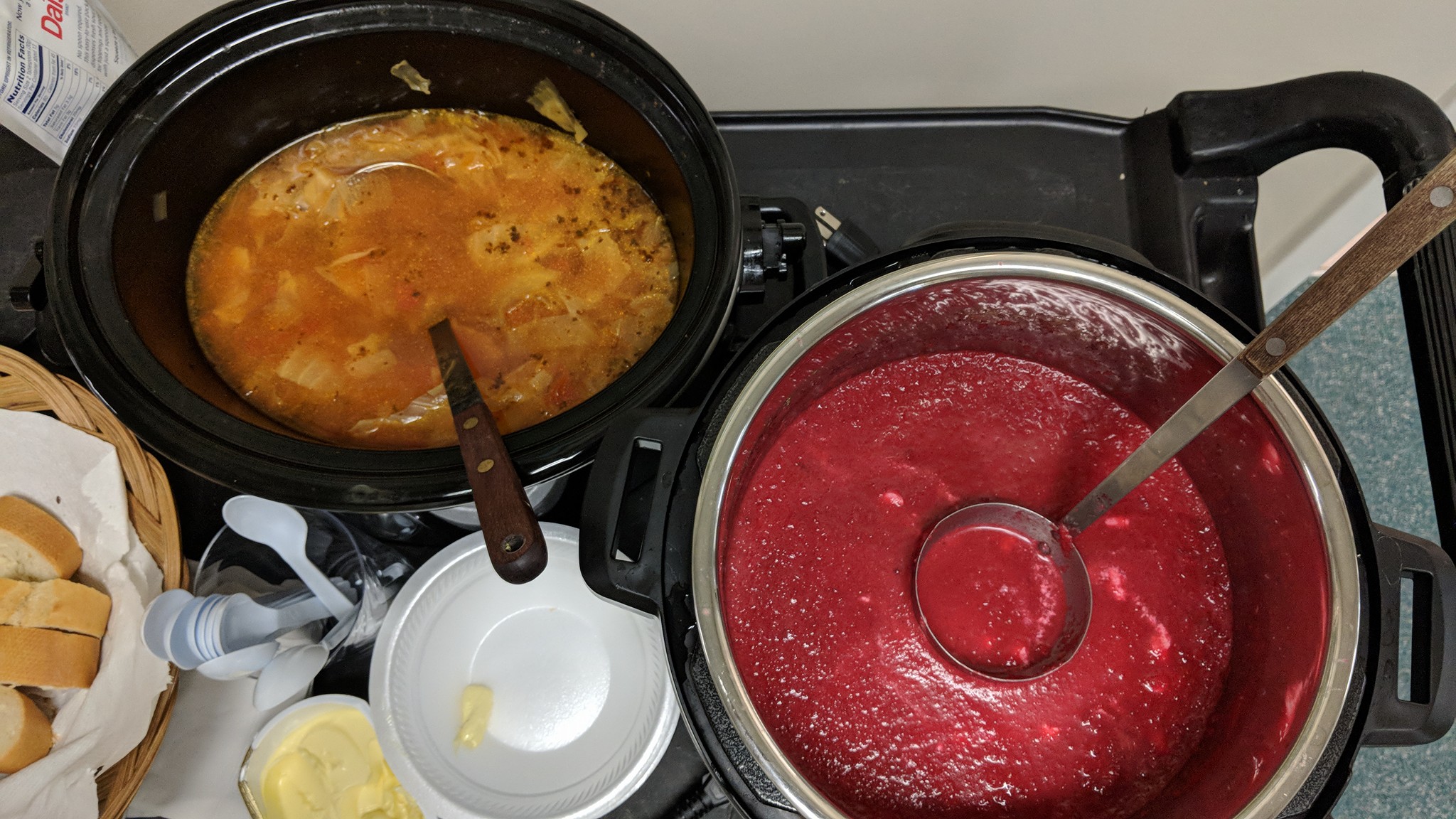 Last Wednesday evening was the final Bible Study class until fall. During these classes, someone volunteers to make soup and provide bread for a simple meal. As I am teaching, I don’t often volunteer, but as we were coming toward the end of this season’s classes I volunteered to prepare soups. It was a good way to get winter vegetables out of the garden while making room for summer vegetables. The beets, cabbage, carrots, and onions all came from my garden. I found recipes I liked on the internet and then altered them to fit what I had and the amount I need.  I asked which soup they preferred and most everyone said the cabbage (a few people didn’t even try the beet soup, which was my favorite). Here are the recipes:

Heat oil and then saute onion, celery, carrots and garlic till soft.  Add beets and cook a couple of minutes more. Then stir in the vegetable broth, bring to a boil, then cover and simmer.  Cook until the beets are tender. Using an immersion blender to mix soup together and serve with sour cream.   I also tried this soup cold the next day and found it delicious, too.

Head of cabbage, cored and chopped

Heat oil and sauté onion and garlic till transparent. Stir in water and broth. Bring to boil, then stir in cabbage and spices.  Simmer till the cabbage is mostly done (10 minutes). Drain and add the stewed tomatoes and spices, bring to boil then simmer for 30 minutes

I prepared both soups on the stove, but then put the soups in a slow cooker to keep them warm while serving.