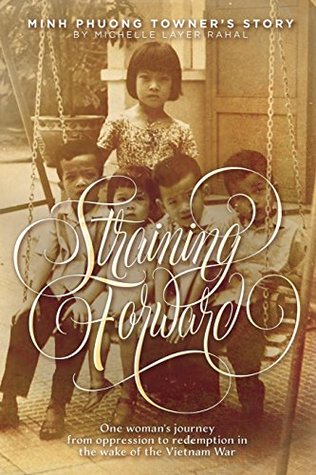 I was introduced to Minh in 2011. I was preparing a sabbatical after leading First Presbyterian Church of Hastings (Michigan) through a building and relocation program. As I was going to be traveling overland from Asia to Europe, we attempted to find preachers from parts of the world in which I would be travelling. Through a connection I had at Pittsburgh Theological Seminary, I was introduced by phone to Minh.  Although I have never met her in person, we talked several times by phone and became friends on Facebook. Of the international preachers the congregation heard that summer, Minh made an impression. Hers is a haunting story. She connected with several Vietnam veterans and touched everyone with what she had endured as a boat refugee who fled the country as a teenager after the fall of South Vietnam in 1975. This is her story, told through her friend and author, Michelle Layer Rahal.

This is a brutal and honest book which has come out at a time when refugees are again in the news. It is scary to be torn from family and to be alone and is especially dangerous for a young woman. Being a refugee is to be vulnerable. Minh’s story illustrates the dangers.

Minh’s world started coming apart long before she became a refugee. As a young child of a family that were well-off enough to employ servants, Minh was first sexually abused by the family gardener as a child. She attempted suicide. It would not be her first attempt and the thought of suicide would continue to run through her mind. Then, when she was ten, her father and two younger brothers were killed by Vietcong during the Tet Offensive. Minh’s family was thrown into chaos. She was sent to live with her grandfather, who was verbally abusive. Her mother and aunt kept trying to set her up with American soldiers. She was sexually abused again by other family members.

As the war was ending, her family tried to escape but was unable to get out of the country. The family split up with the idea that it would be safer. It was dangerous to attempt to escape Vietnam during this time and she and her brother were captured, imprisoned, and tortured by the North Vietnamese conquerors. She was selected to be the “mistress” of the prison’s captain who later helped her and her brother Thanh escape.

On their third try, she and her brother were able to make it out and were picked up by a Taiwanese fishing boat. They were taken to Taiwan. Although they had a chance to move to America, Minh had studied French at a Catholic School in Vietnam so decided they should take up an offer to move to France. She had an uncle who lived in France, but the living conditions were horrible. She eventually was able to relocate to Australia, where she became a nurse, married an American living there, and gave birth to two children. But it wasn’t an easy journey. She was raped both in Paris and in Australia. She struggled with English and then had to pass her exams. She was an exceptional worker, which allowed her to care for her family. But she suffered from Post-Traumatic Stress Disease (PTSD), which created many problems for her life.

Two threads that run through the book are her relationship with God and her struggle with depress, thoughts of suicide and abuse by others which exacerbated her PTSD. As a young child, she had grown up Catholic in Vietnam. It provided a spiritual foundation so that she would pray when things were bad. But from her experience, she saw God as angry and vengeful and wondered what she’d done to deserve such treatment. It took a lot of work for her to learn to handle her emotions and the way her past colored her world.

I would recommend this book. The ordeal Minh endured should remind us of how hard it can be for refugees and those without the protection of a country or a strong parent. Minh’s understanding of the role her past trauma played in her life and her coming to understand God as a gracious and loving Father should provide hope to those troubled in the world.