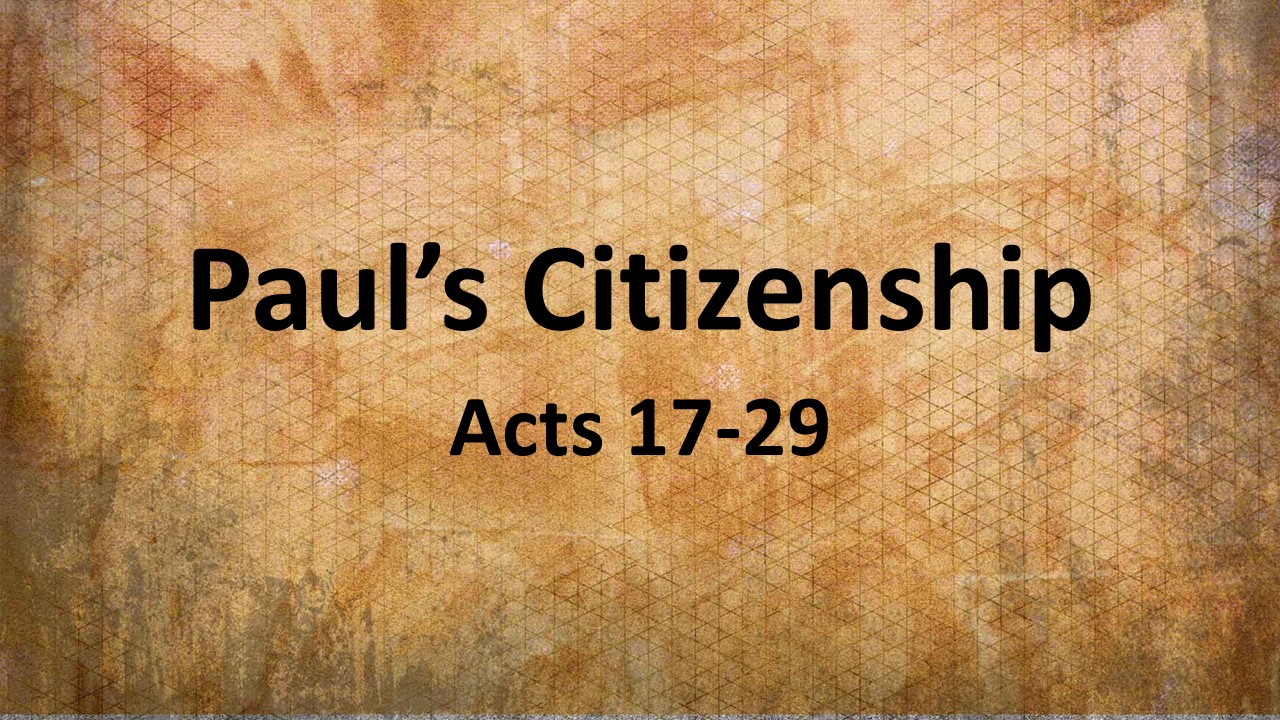 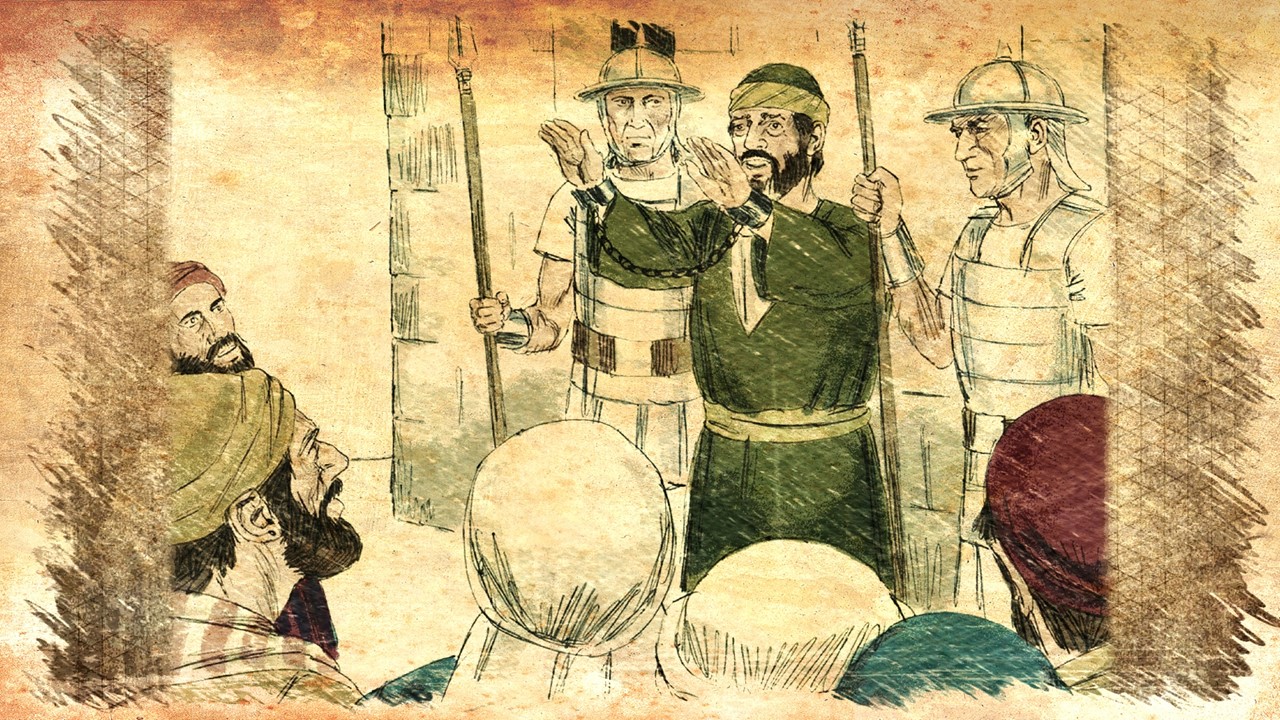 Last week, in our walk through the final chapters of the Book of Acts, we left Paul on the steps of the Roman barracks, adjacent to the Court of the Gentiles and next to the temple in Jerusalem. Paul had been saved from the mob by Roman soldiers, but they assumed he must have been guilty of something since the crowd was beating him. The Romans, we learned, thought he might have been an infamous Egyptian Jewish assassin that had started a revolt, but when Paul speaks to the Roman in Greek, the commander realizes Paul is someone else. Then Paul asks for a chance to speak to the crowd. Again, as with the Roman’s Paul’s speech takes the crowd by surprise. He addresses them in their native language; they calm down and listen.

I’m not going to read all that Paul has to say this morning. I’ll skip over 16 verses, where Paul mostly recalls his background and conversion.  From what we are told, the crowd remains silent and listens. But as Paul comes to the end of his speech, that changes, as we’ll see this morning. In this passage, we’ll learn the value of Paul’s citizenship and where his allegiance ultimately lies. Read Acts 22:17-29 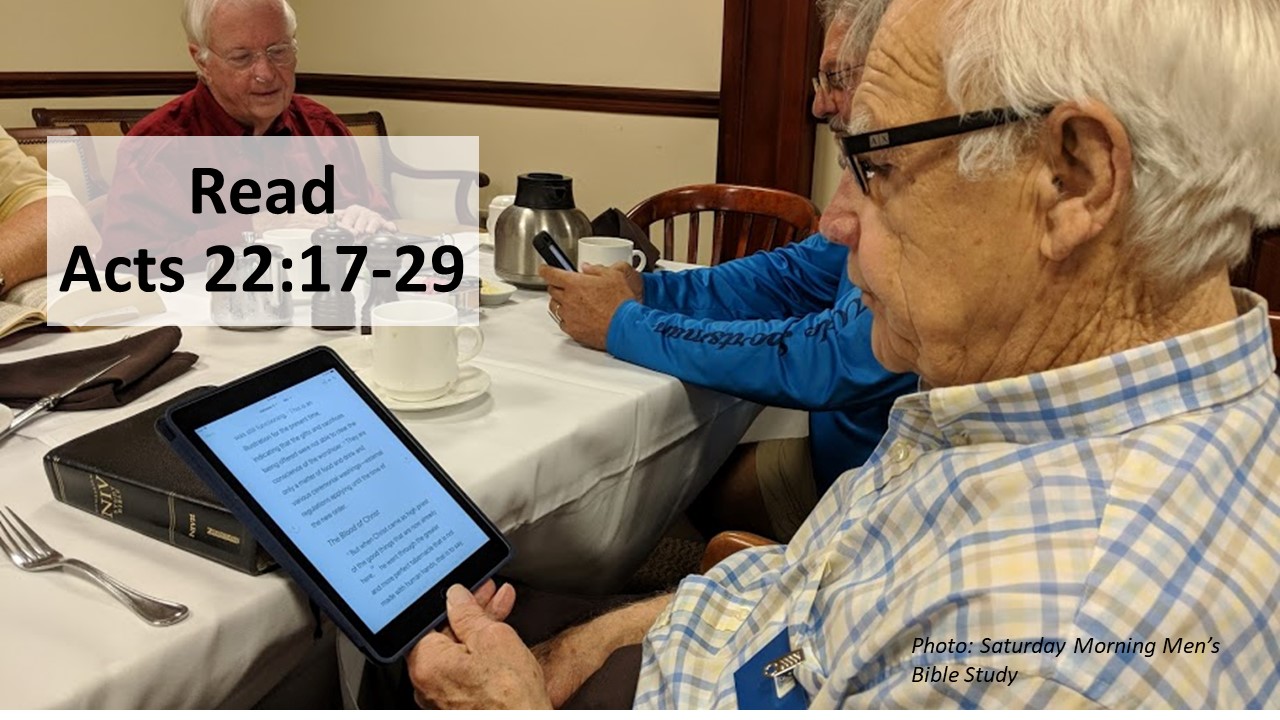 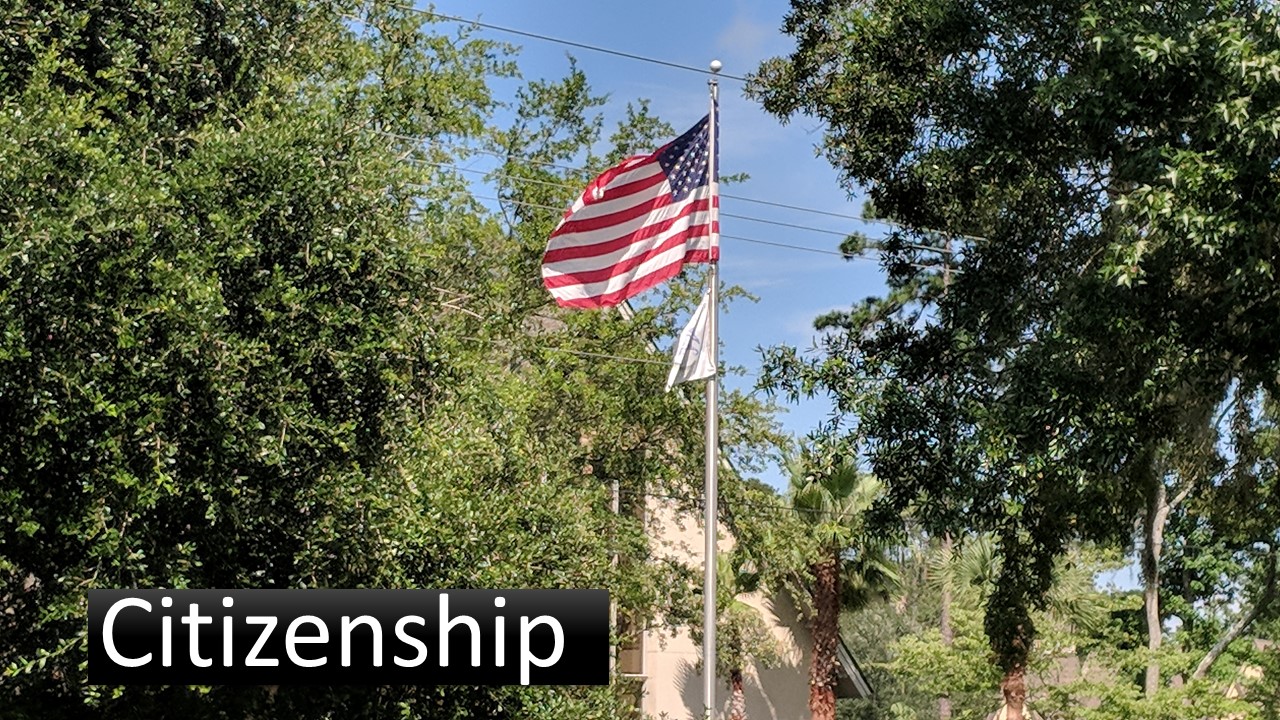 When traveling overseas, I’ve been curious and a bit envious of those with multiple passports. They are able to choose which one to use in order to avoid paying for a visa or entry fee when entering a new country. Furthermore, if there is some kind of international incident, they can use the more favorable passport. Most of us don’t have that luxury.

J. Maarten Troost, who carries both a Dutch and Canadian passport, tells about the burden of citizenship in his humorous book about traveling in China. If you remember, during the Bosnian War in the 1990s, we mistakenly bombed the Chinese embassy in Belgrade. Anti-American protests erupted and Troost observed American youth in China quickly sewing Canadian flags on their backpacks. Shortly thereafter, there was an incident with Japan. The Japanese government denied wrong doing in Nanking during World War 2. This time the outrage was against the Japan and Japanese students began to sew on Canadian flags.[1] As I said, citizenship comes with benefits and baggage. We can see this with Paul in today’s reading. 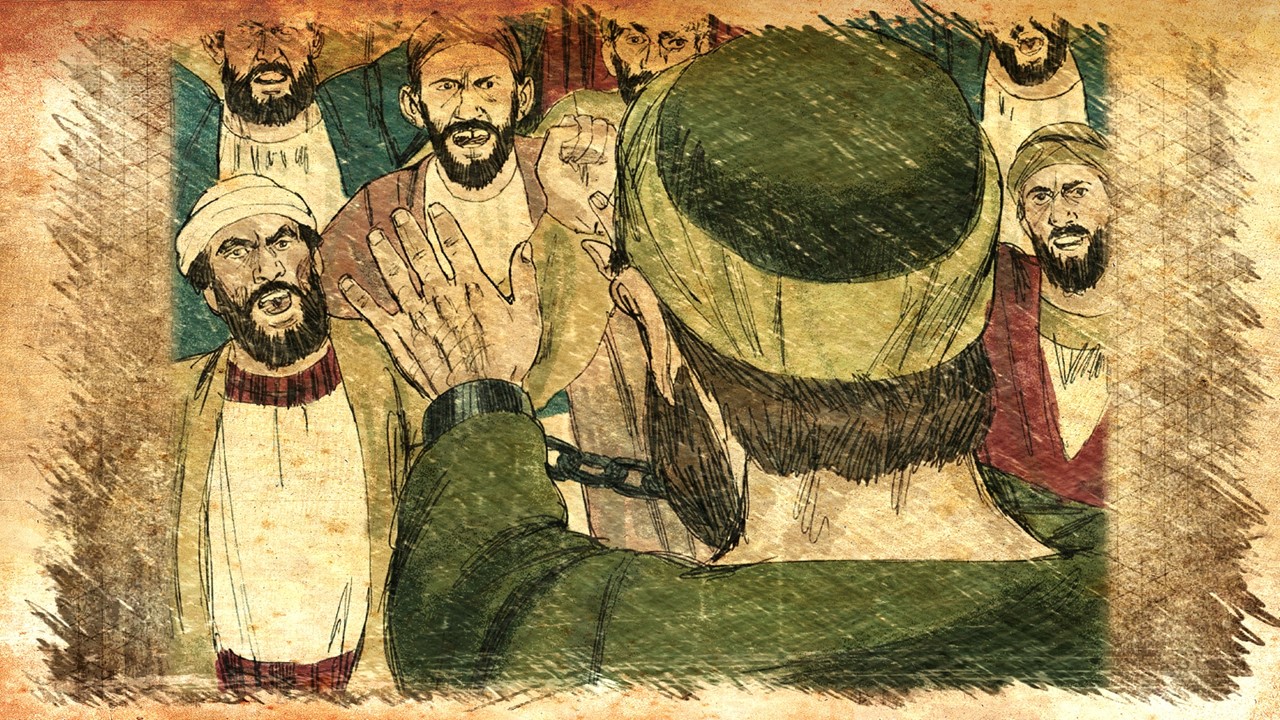 When Paul addresses the mob, he appeals to his Jewish heritage. He begins, if you read back earlier in the chapter, “I am a Jew.”[2] It’s in the present tense. Paul does not say, “I was a Jew, but now I’m a Christian.”  Even though he is a follower of Jesus, he sees himself as continuing in the Jewish tradition.

Paul continues to reinforce his heritage. Although born in what’s today known as Turkey, Paul was sent to Jerusalem to study under Gamaliel. He had been a zealot for the law, just as those who are in the mob that tried to kill him. Paul goes on to recall how he’d once been a part of the mob that killed Stephen. But then Paul was changed when he encountered Jesus. The crowd continues to listen to him as he explains his conversion, and how instead of being a persecutor of the church, he becomes a member of the Way, a follower of Jesus.

The crowd is patient right up to the point that Paul talks about how the Lord sent him to the Gentiles. That was just too much for them to bear. For you see, those of the Jewish heritage saw themselves as better than the Gentiles. Paul’s focus on the Gentiles was seen by them as a denial of his Jewish citizenship. To their eyes, Paul admits being a traitor. They again demand his blood. 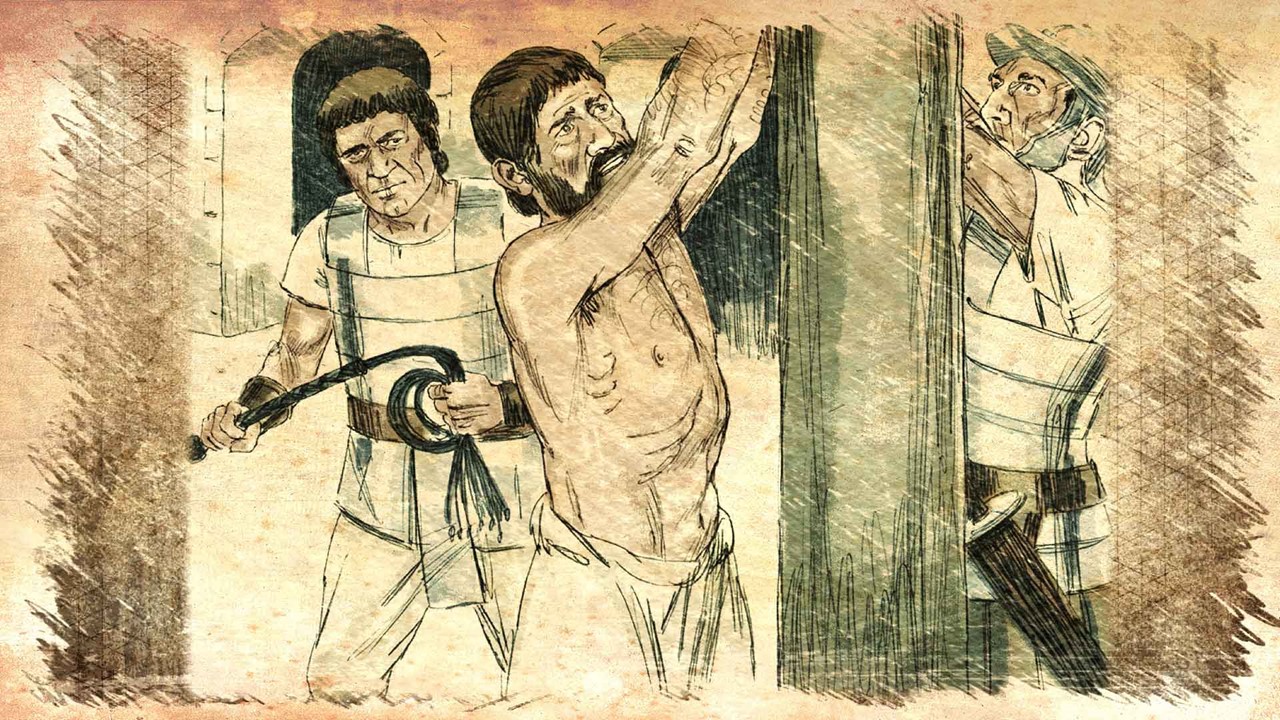 Like last week, we have another riot, although this time Paul is protected by Roman soldiers. They pull Paul back into the safety of their barracks. Here, we have another scene. The commander doesn’t understand why this guy is causing such a ruckus. He still thinks that Paul has to be guilty of something. So, as was the fashion in those olden days, he decides he’ll beat the answer out of Paul. As Paul is being strung up to be flogged, which was one of the worst punishments as if often killed or maimed the victim, he drops a bombshell. Luke tells us that Paul, facing the severity of Roman power, causally asks the soldier if it was lawful to flog a Roman citizen. It’s a rhetorical question. Paul knows the answer. There’s humor here. By keeping his cool, Paul claims his citizenship, takes on the Empire, and the flogging doesn’t happen.[3] 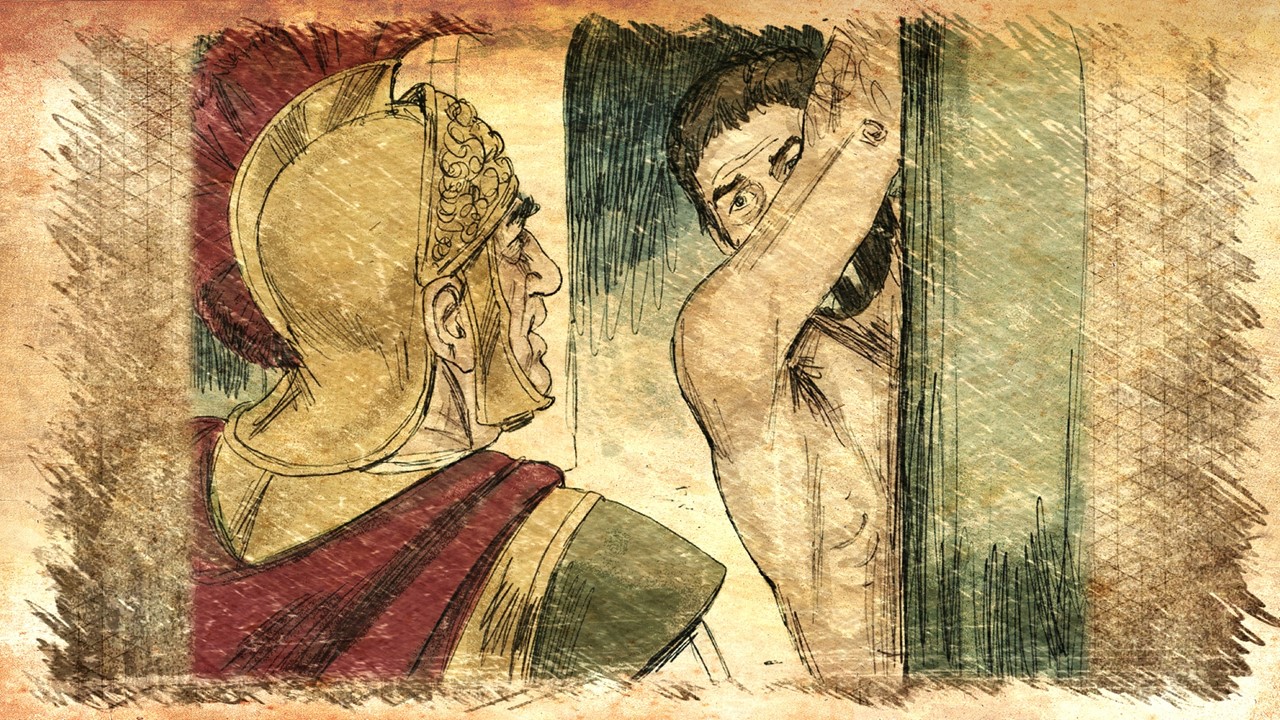 There are benefits of being a citizen and as such, Paul could not be flogged unless he had been found guilty of a deserving crime. So the commander has him released and they have an interesting conversation. The commander had purchased his citizenship while Paul was born a citizen, which meant that his ranking as a citizen was higher than the commander.[4]

Paul uses his citizenship as a way to avoid a potentially life-threatening torture, but his ultimate loyalty isn’t to the Jewish faith nor to Rome. First and foremost, Paul belongs to his Lord.  We see this early in this reading, where Paul, having just returns from Damascus, thinks he’s the ideal candidate to bring the Jewish people into faith with Christ.  But that’s over-ruled by God in a vision he had in the temple. Paul’s sent out to the Gentiles.[5] Paul’s ultimate allegiance, as we see, isn’t to himself (as he wanted to stay in Jerusalem). Nor is it to the Jewish tradition, or even to Rome. His ultimate allegiance is to God.

Paul may have thought he was a good candidate to stay in Jerusalem and convert the Jews, but his background as a Greek, a Roman citizen, and a Jew makes him an idea candidate to travel the Empire and share Jesus’ message. 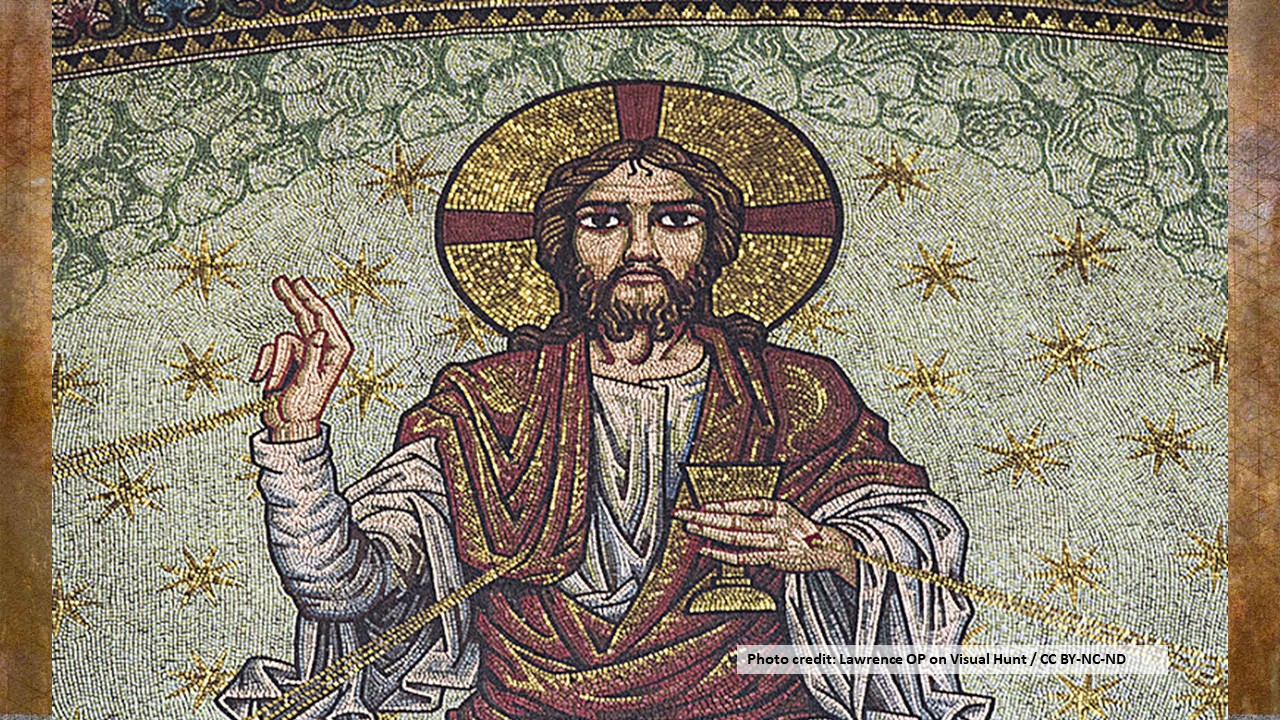 Paul demonstrates how we can be both proud of our heritage (as he was of his Jewish background) and also use the privilege of citizenship (as he did to avoid torture), yet place God first in his life. The importance of it all is balance. It’s all about putting God and God’s mission first. It’s about using that which God has given us. God gave Paul a heart for the Gentiles, which didn’t please his fellow Jews because they didn’t want to share God’s flavor with others. But Paul’s purpose wasn’t to please his fellow Jews (or even Romans). It was to carry out the mission of his Lord and Savior Jesus Christ. Furthermore, God saw to it that Paul was equipped for the mission he was assigned, as he was a Greek-speaking, Jewish, Roman Citizen.

What can we learn from this passage and apply to our lives?  William Willimon, in his commentary on Acts, discusses here the difference between tradition and traditionalism. Paul plants his feet firmly in the Jewish tradition in which God often acts in a surprising way. Think about Noah and the Flood, Abraham and his wanderings, Moses and the Exodus, Jeremiah and the Exile…  With all these individuals and events, God was doing something new. Paul is “willing to be surprised, to be led into strange areas of God’s grace. This is the tradition is worth defending… as opposed to the dry and often dead traditionalism which merely appeals to blind obedience to what we have always done.”[6] Where might God be calling us? What new thing might God be doing today? 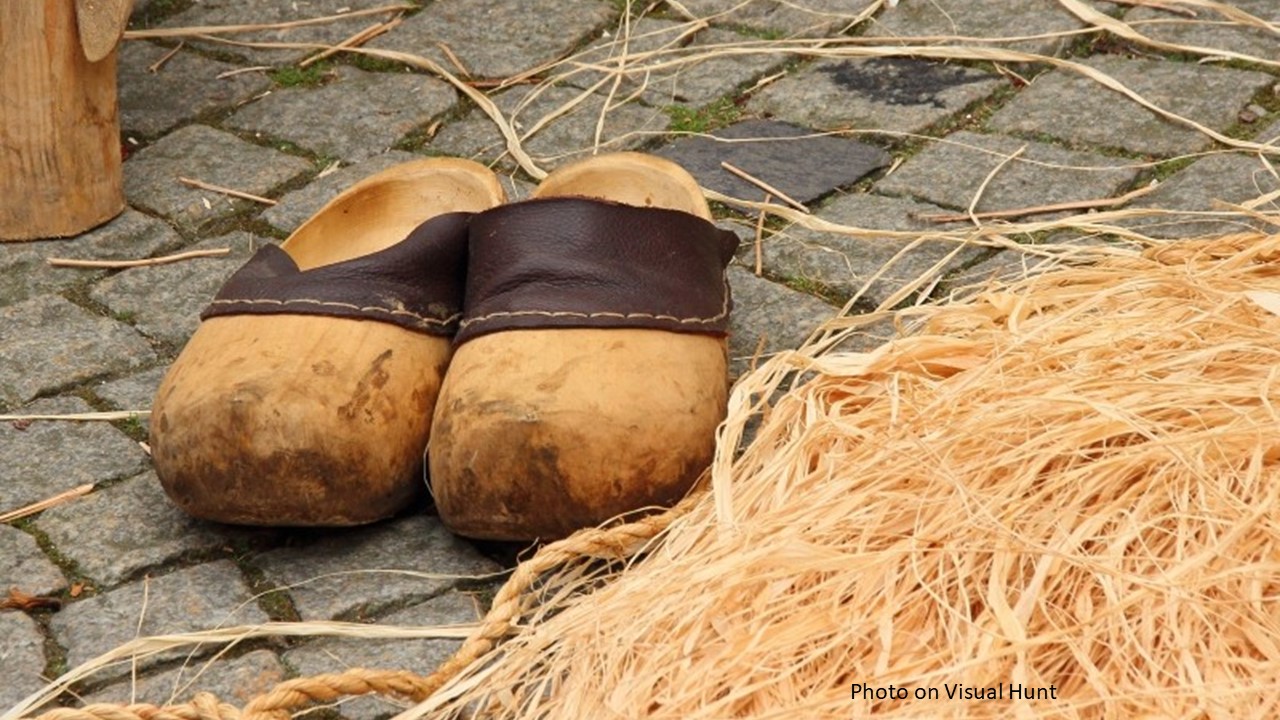 Sometime we get caught up in the same game, defending traditionalism, and not the tradition. The Christian tradition isn’t about doing things the same way as we’ve always done it. It’s about bringing people into a relationship with a living Lord, it’s about working with God to redeem the world and fulfill God’s eternal purpose. We must be willing to separate the essentials from that which have served us well in the past.  Worship style and music is something that has continually changed throughout history. We shouldn’t fight it.  Instead, it should be evaluated by how it helps us connect to God and by how it furthers God’s mission in the world. 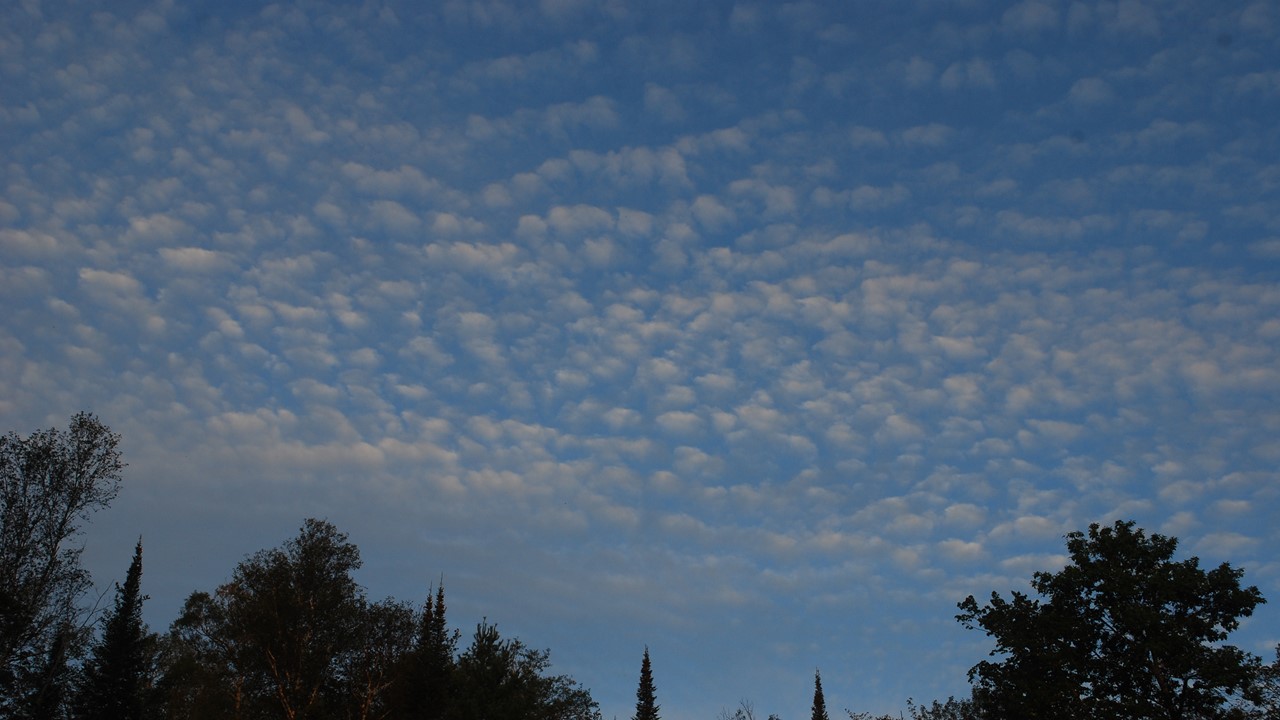 As it was in Paul’s day, the world at times seems to be in flux these days. Church attendance is dropping across North America. More people are claiming not to have a religious preference. It’s a frightening time, but these statistics don’t say anything about God. God is still in control. God is doing something new, we just don’t know what it is yet. But for those of us born into Christian families and in America, we have been blessed, just as Paul was blessed having been born a Jew and a Roman citizen. Such blessings provide us with abilities many others don’t have. When we understand, as Jesus said, “To those who have been given much, much is required,”[8] we should, like Paul, do what we can to further God’s work in the world and to be an example of what it means to follow Christ.

While we enjoy citizenship on earth, our ultimate allegiance belongs to God. And God is in control and for that we give thanks. Amen. 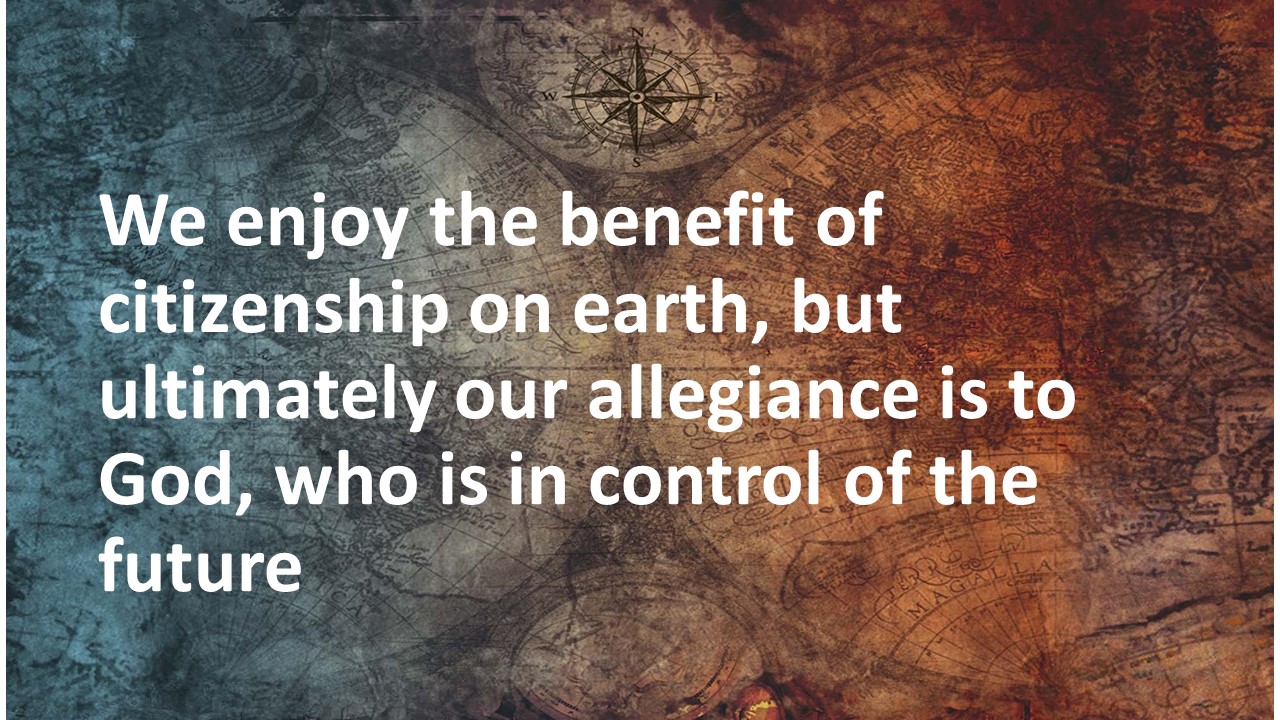