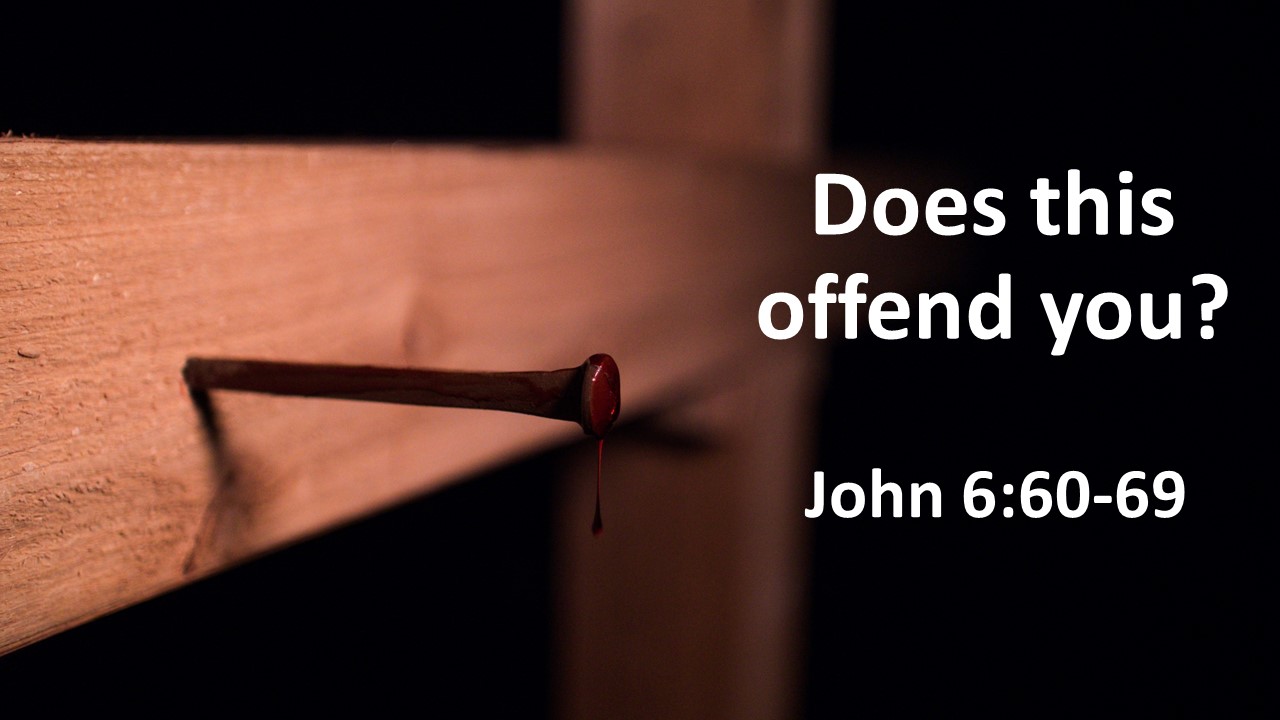 I’m stepping away from our journey through Acts today and want us to take a look at a passage in John’s gospel. This passage comes at the end of the chapter that begins with Jesus feeding the 5,000. Think about it. Put ourselves back into time. Five loaves and a couple of fish feeding over ½ of the residents of Skidaway Island! It must have been a pretty decent meal. After cleaning up, with plenty of left-overs, there are some ready to crown Jesus king. But Jesus wasn’t interested in being this kind of king, so he slipped away.[1] 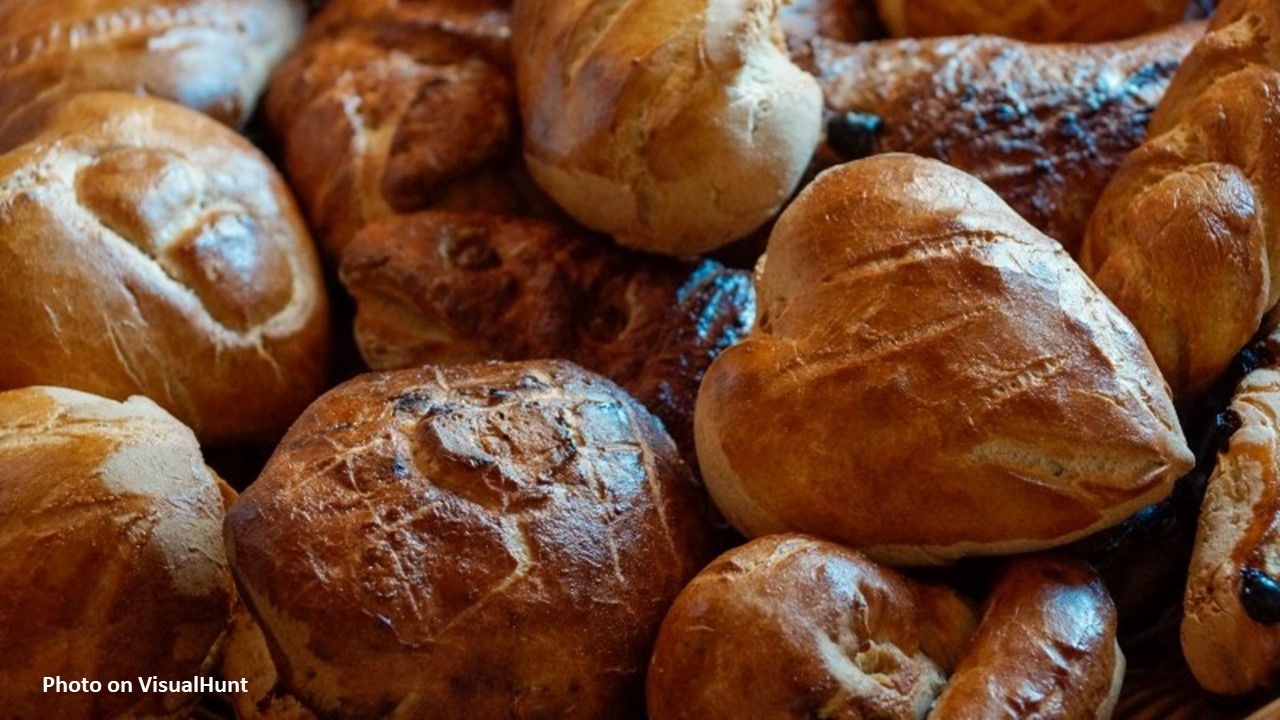 The next day, the crowd catches up with Jesus. And guess what, they want more bread. If Jesus isn’t going to be the king, at least he can be the head baker. Jesus, in turn, offers himself, as the bread of life. The crowd has a hard time hearing and understanding what Jesus is talking about. They want Wonder Bread, or maybe some pumpernickel, not some metaphorical loaf that refers to Jesus’ body.[2] That sounds gross.

Today I’ll read the end of John 6, verses 60 through 69, in which we see the fallout from the problem the crowd and the disciples have with Jesus’ teachings. It’s the day after the big picnic. In these passages, we witness Jesus’ rejection by the crowd and learn that although the disciples stick with him, even they have questions. This passage leads us to ask ourselves what we want from Jesus. Why do we stick with him? READ JOHN 6:60-69. 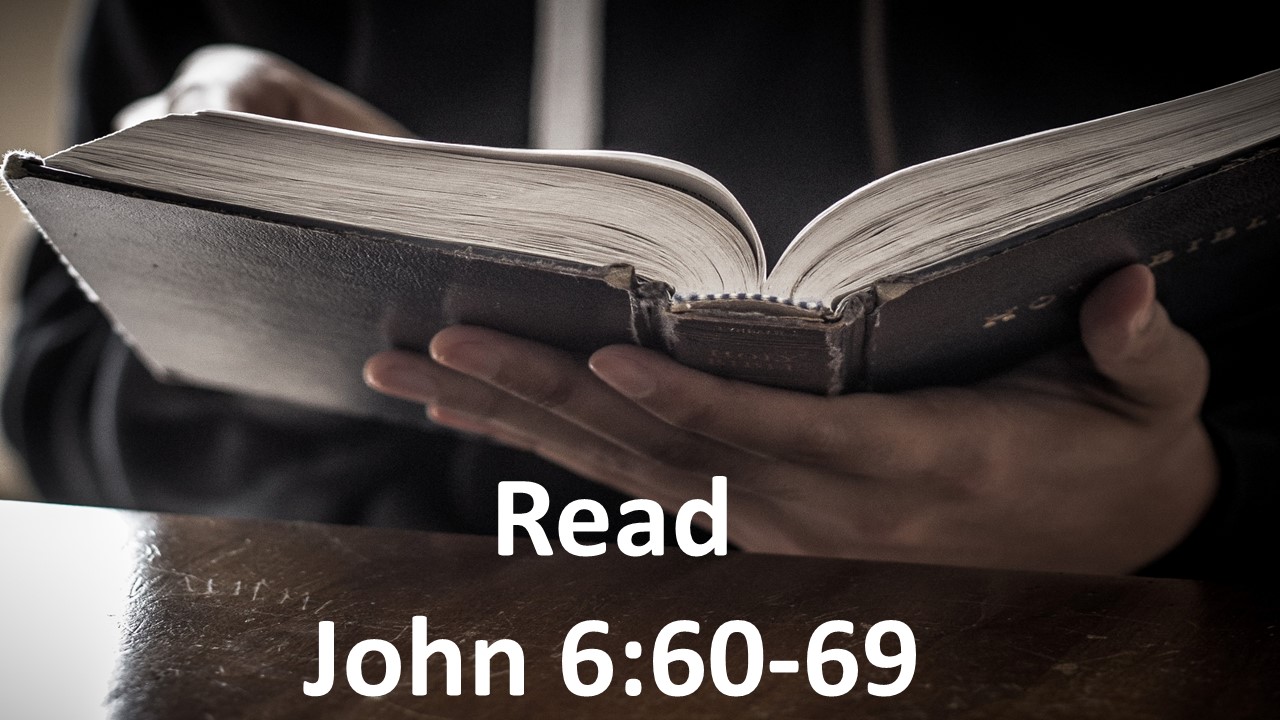 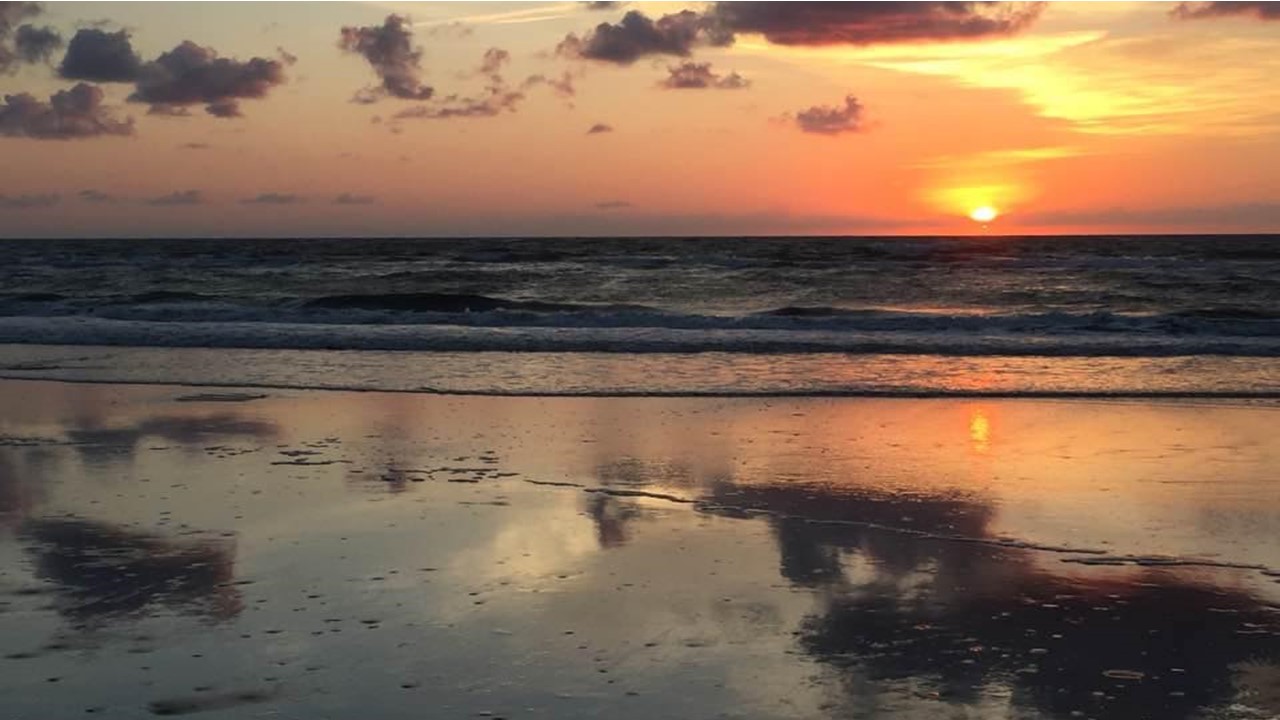 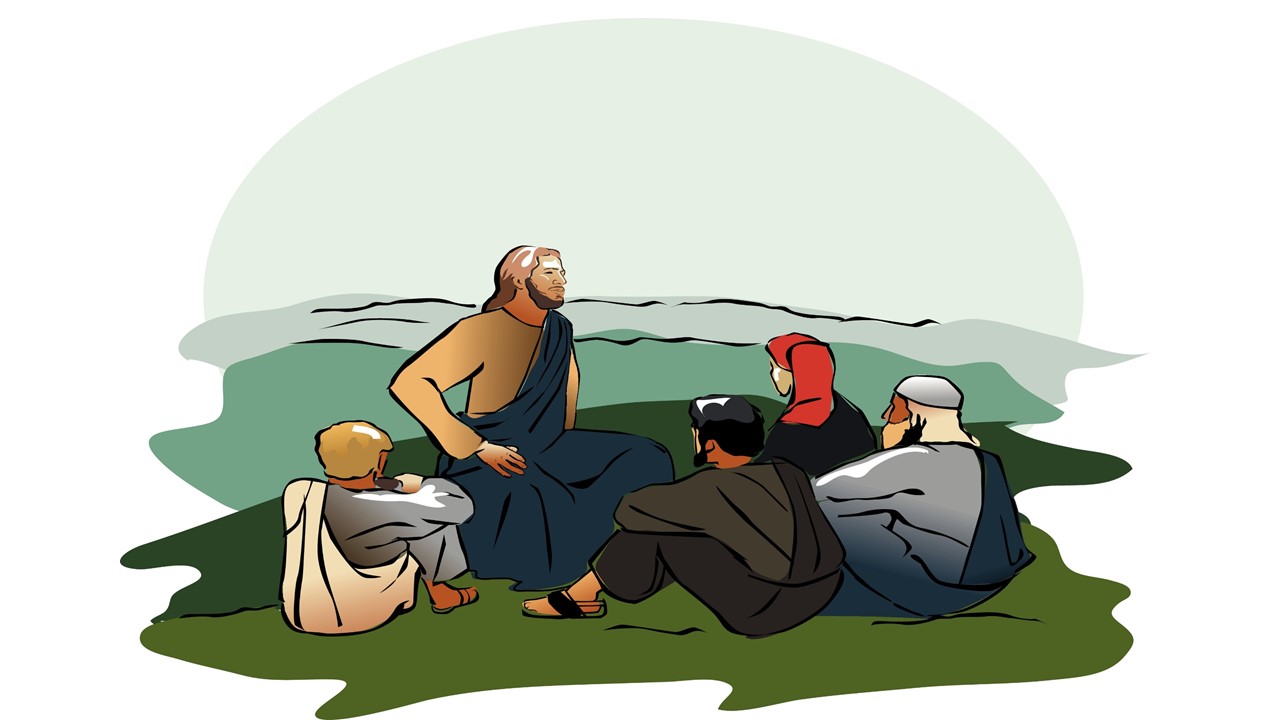 Imagine the scene. Jesus and the crowd are probably still on the beach. Jesus sits in the traditional rabbinical way of teaching, as the crowd gathered around him. They listen to Jesus talk about his body as bread for their souls and shake their heads. Slowly at first, a few begin to walk away, heading back to their boats, to their fields, or into the village. As Jesus continues, talking about the need for his body, more of the crowd depart. Pretty soon, all that are left are the twelve, the disciples who have been with Jesus for a while. And they’re not very happy. They’re mumbling among themselves. Small groups form as they conspire for a way to force Jesus’ hand. Is this guy really the Messiah? Hearing their rumbles, Jesus stands and walks over to where they are gathering and asks them point blank, “Does this offend you?”

“Does this offend you?  Does the gospel offend you?” What a question!  How would you answer? Interestingly, John doesn’t give us the disciples answer. Considering the situation, I think it’s safe to assume that even if they didn’t say anything, their thinking isn’t much different than those who have departed. Standing there, they shake their heads and kick the dirt, wondering just what kind of mess they’ve gotten themselves into.

What is so offensive here? Essentially, Jesus is saying that we have to depend on him for life. Jesus is not just some great teacher or a magic worker who can conjure up loaves of bread. He’s the very source of abundant life and unless we are willing to stand with him when everyone else backs away, we’ll miss out.

Jesus continues his teaching, asking the disciples what they’d think if they saw him ascend to where he was before. This really isn’t anything new. John, the author of the gospel, has been telling us all along of Jesus teaching that he’s come down from heaven. He’s come to do the work of the Father, to bring God’s message to people who are lost in the darkness. He’s come to bring life. Yet, not all believe him; not all accept his teachings. Quite a few, most in fact, don’t believe. Jesus even reveals that one of the twelve will betray him.

Finally in verse 65, Jesus reaffirms that nobody can come to him unless God, the Father, grants it. This idea has already come up several times in John’s gospel.[3] It affirms the doctrine of predestination, a teaching that’s not any more popular today than it was in Jesus’ day.  We don’t like the idea of God being totally in control; it goes against our cherish belief of self-dependence, but we have to deal with it. The doctrine emphasizes what Jesus has been saying all along, that salvation isn’t something we do. God is the actor; we’re the audience.[4] Yes, like an audience, we respond, but if it weren’t for God’s action, we’d still be up the creek without a paddle. 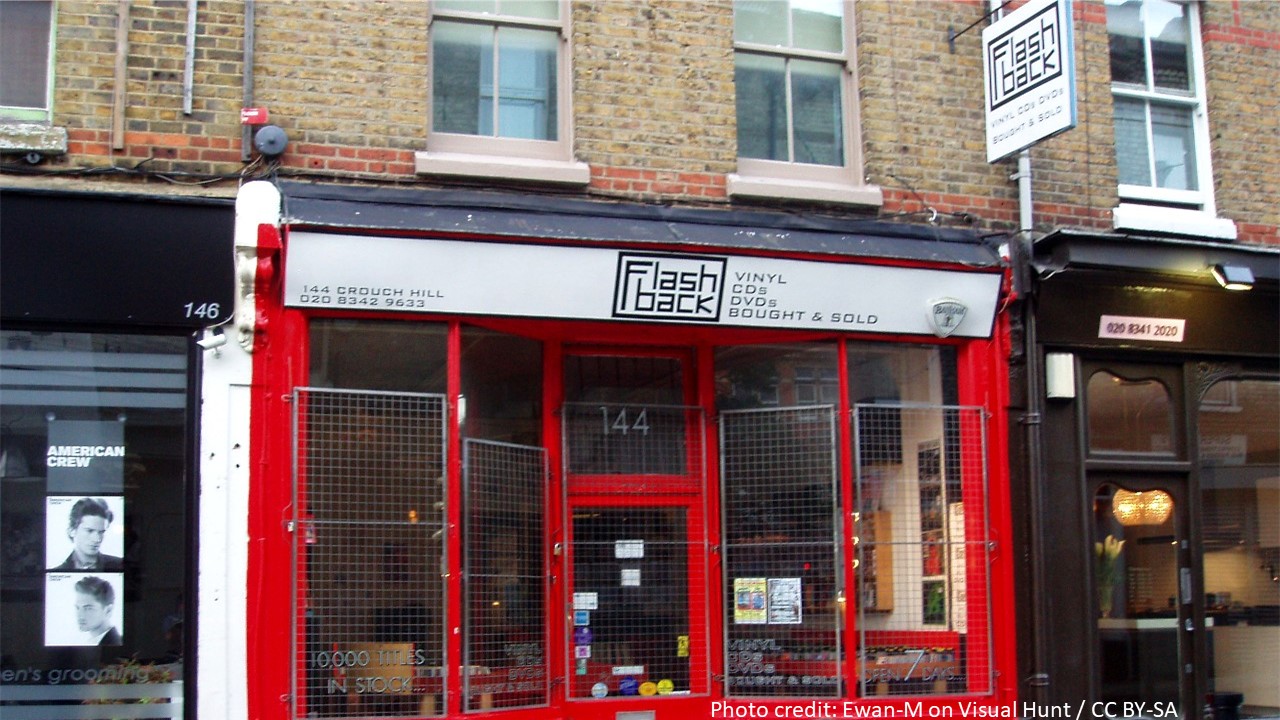 But do we accept it? Ultimately this is a question we each have to ask ourselves. Do we receive Jesus’ teachings and his gift? Or do we reject it?  Maybe, because Jesus is now spiritually and not physically present, we try to get around the question by making it palatable to our tastes? We interpret his words so that they don’t offend us quite as much?  We’re probably all a bit guilty here. It’s the same as rejecting Jesus.  But those present in first century didn’t have such an option. The Master was right in front of them; their only recourse was to leave. But the 12 stayed. The 12 stayed because they knew there was something special about Jesus. Simon Peter sums it up when he says, “Lord, to whom can we go?  You have the words of eternal life.” But I bet he was thinking, “Yeah, Jesus, your teachings are offensive, but we know they’re true. And since there’s no other place we can go, we’ll stick beside you. We don’t really want to but where else can we go?” 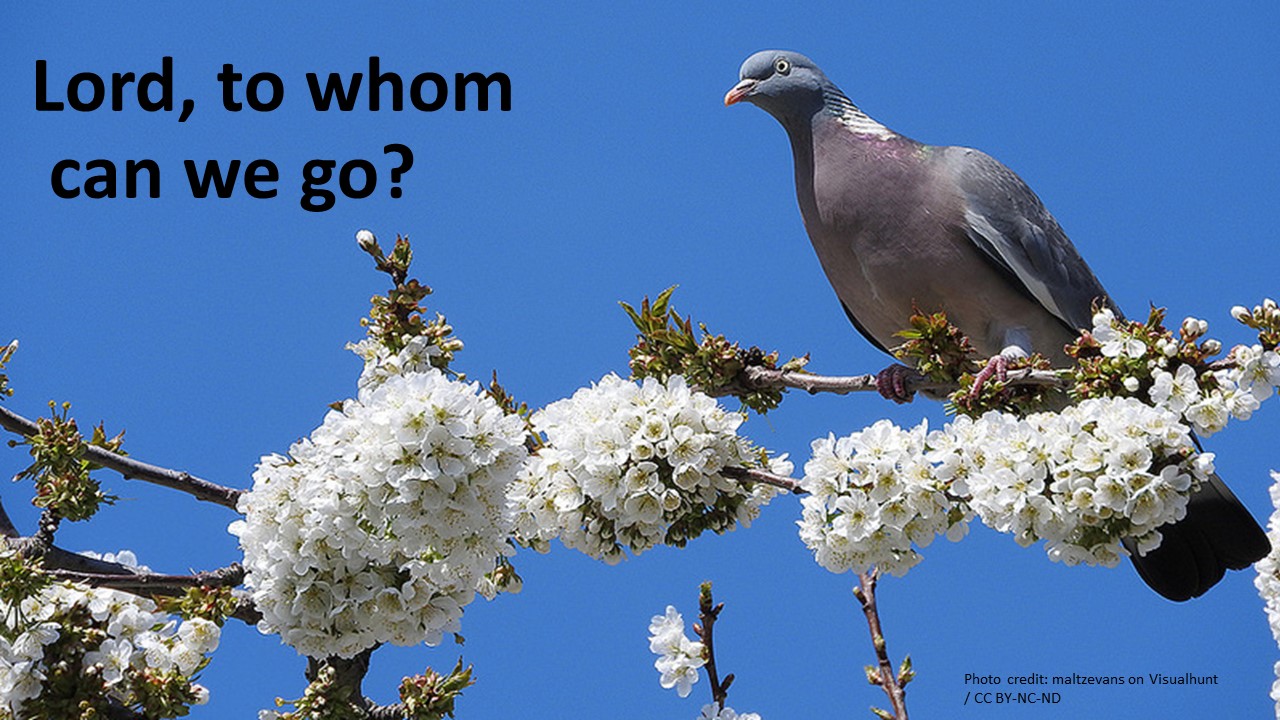 You know, the disciples’ decision to stick with Jesus was both bold and dangerous. It was bold because it wasn’t the popular thing to do.  Everyone was deserting him. People were thinking this ship is sinking and it’s time to get off. The disciples, too, could have easily jumped ship, and one eventually did. In fact, that’s the easy thing to do, give up when things don’t look good. After all, it’s becoming dangerous because people are taking offense at Jesus’ teachings. Who knows where this is leading, the disciples must have wondered.

Jesus points out the hypocrisy of the crowds, of those who think of themselves as religious. Jesus is right. As he says in the next chapter; the world hates him because he exposes the sin and corruption that is so prevalent.[6] Whistle blowers are seldom popular. Jesus exposes the corruption of those who are supposed to be good, the religious folks, and they really don’t like being told they’re not toeing the line. It’s dangerous for the disciples to stay beside someone who is so hated, someone who is going to end up on the cross, but they stayed.

As I was looking over my sermon this morning, I couldn’t help but to think of John McCain who died yesterday and how he stayed as POW in North Vietnam even when he had the chance to come home early. By staying, he showed character, as did the disciples.

The church has come a long ways in the past two millenniums, but we haven’t been able to fully escape the tragedy of human existence that Jesus exposed. We want to think of ourselves as good and noble, and to be able to do it all by ourselves, but deep down sin lurks and we can never escape it by ourselves. We need help. We need to be united with Jesus. 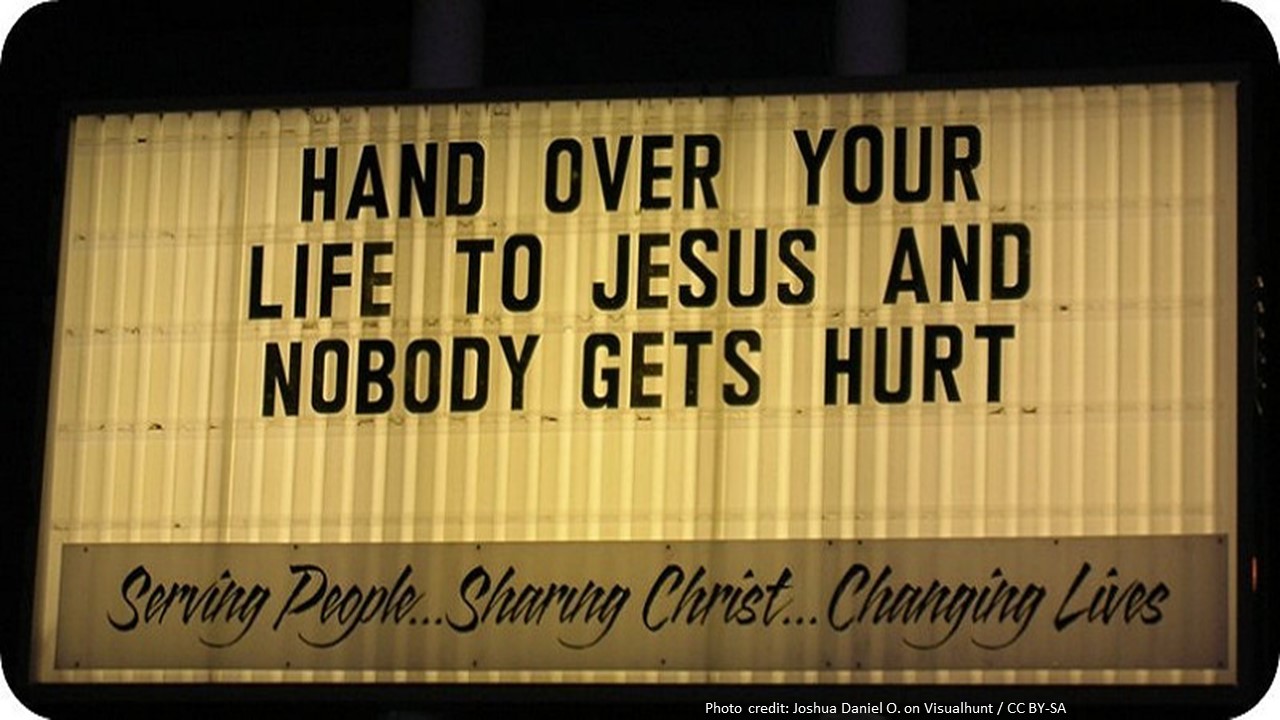 We want to be able to save ourselves. We want to be good enough! But we can’t. Paul Scherer, a great Lutheran preacher of ages past, once said that the joy of religion is not being good. People get bored with being good. The joy of religion is trusting God in the presence of some great darkness and waiting for the light to break.”[7] Or, to put it in the context of our story today, the joy of religion is sticking with Jesus when the crowds disperse because you know in your hearts that there is nowhere else we can go to find life.  Yes, we want to save ourselves, but we realize it’s a futile hope. We have to stick with the source of life; we have to depend upon God.

The crowds came to Jesus hoping to have their bellies filled. But being filled doesn’t last; hunger soon gnaws again. Instead of bread for the gut, Jesus offers bread for the soul. But even this bread isn’t an instant solution that solves all our problems. Nor should that be our goal. After all, Jesus said if you’re satisfied with yourself, you’re already received your award.[8] Instead, Jesus wants the crowd to thirst and hunger for a total transformation that could only come from God.[9] The crowd wasn’t interested. Many people today are not interested, as more and more people are dropping out of church and no longer seeing the importance of Jesus. But the question before is, “Are we?” Are we willing to stake everything—our reputation, even our lives—on Jesus? 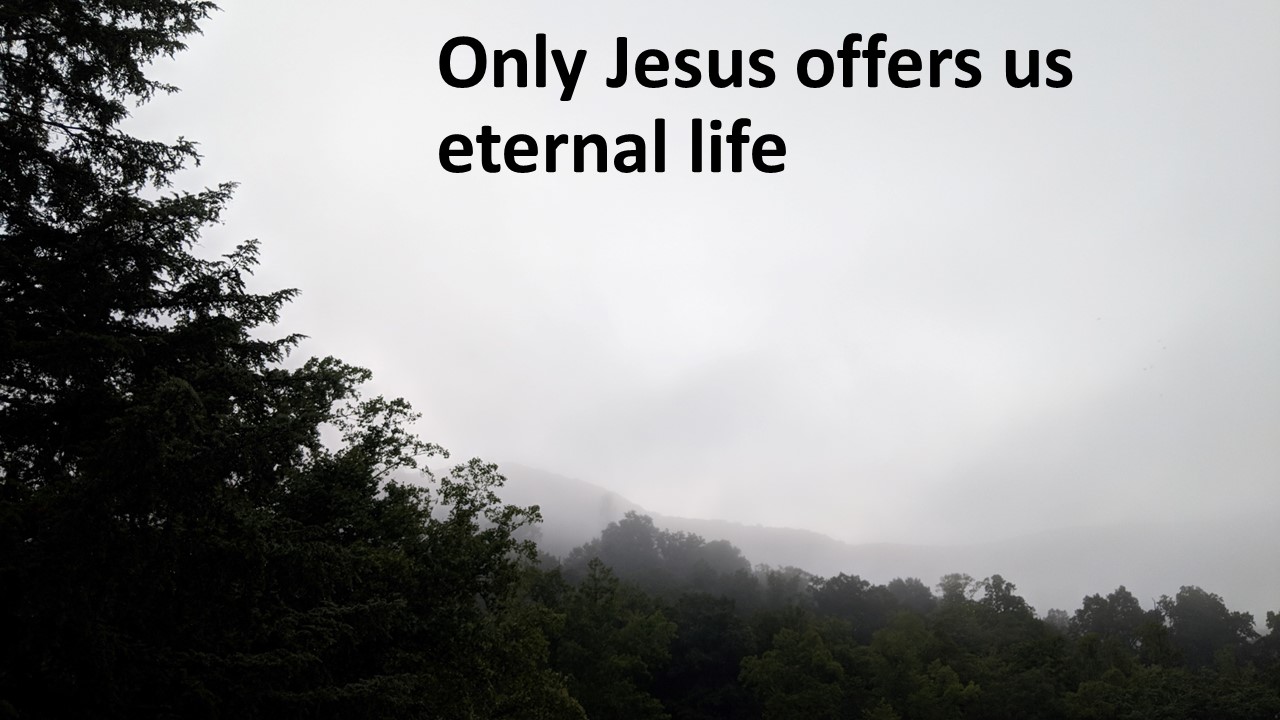 We live in a fallen world and wrestle day in and day out with sin and evil. We all need to examine ourselves. Do we think we can take the burdens of life on by ourselves? Do we think we can be good enough?  Or do we acknowledge our need for a Savior and cling to Jesus because only he has the words to eternal life? I opt to cling to Jesus. Even if everyone abandons him, where else can I go to find the words of life? What about you? What choice do you make? Amen.

[7] Quoted by John H. Leith, The Reformed Imperative: What the Church has to Say that No One Else Can Say (Philadelphia: Westminster, 1988), 94.