I’m catching up on my reading… I keep thinking I’ll write short reviews for posts like this and I never do! These are some of the books I’ve read over the past month. 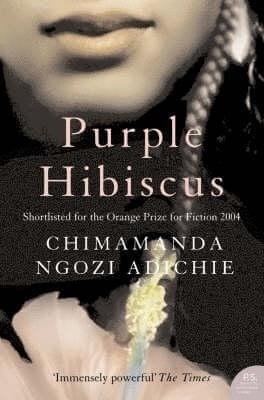 This is the first novel for Adichie, a Nigerian author. The story is set in her country during a politically unstable time. Kambili, a fifteen year old girl, is attempting to makes sense of her world. Her father is rich, generous, powerful, and a devout Catholic. In addition to factories, he owns a newspaper that isn’t afraid of speaking out against the corruption of the government. But at home he’s a tyrant. He makes his children live by a strict schedule and demands perfection. If they are not first in their class, they’re punished. He leads his family in saying their rosary and in prayers daily, but even these times are strict and rigorous. He’s highly thought of in the church, but is cruel and abusive with his children and wife.  Kambili and her older brother Jana are treated terribly. In anger, he deformed one of Jaja’s fingers and at another time made his children stand barefooted in the tub while he pours hot water from a tea kettle on their feet.

Java and Kambili are granted a respite from their troubles when they are allowed to stay with their Aunty Ifeoma for a few weeks. He sends them with his driver, the trunk loaded with extra bottles of gas for her stove and sacks of rice and other foot stuff. Their aunt is also religious but she has a much more gentle faith, even praying that her family might experience laughter. She is a professor at the university, but there is unrest even there. At the aunt’s home, Kambili falls for a young priest, Father Amani. She is coming of age and is shocked to learn that all the women are interested in him. There, they also spend more time with their grandfather, whom their father has essentially disowned because he still worships in the old (non-Christian) ways.

They go back to their aunt’s after Kambili is severely beaten by her father and spends time in the hospital. This sets up the conclusion of the story, which has twist that I won’t spoil.

This book explores many themes. The tension between old traditions and newer (European) ways, the problems experienced by post-colonial countries like Nigeria, the lure of the West (Aunty Ifeoma ends up moving to America and Father Amani is sent to Germany). The book also deals with themes of abuse, corruption, and how a man like Kambili’s father can be brave and generous and evil at the same time. Adichie’s writings draw heavily on the setting and one can smell the flowers blooming and the downpours in rainy season.

I recommend this book! I think it is important for us to look into other cultures and in this era of debate over immigration, Adichie’s provides insight into what native people in a post-colonial country thinks about Europe and America. 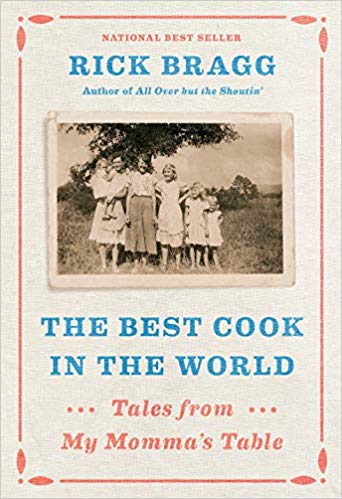 I listened to this book, read by the author. It’s a treat to listen to Bragg read his own words as his accent brings the book alive. However, this will be a book that I also plan to buy and keep as a hard copy, for the stories are wonder and every chapter ends with a recipe or two.

Over the past twenty years, Bragg has told many of his family stories, but this book tells the stories from a different focus, the kitchen table.  Every dish he writes about comes with a family story, some going back to his great-grandfather. He was a wild man who, at the request of his son, taught his daughter-in-law (Bragg’s grandmother) how to cook. While Bragg never knew his grandfather or great-grandfather, both who died before his birth, he did know his grandmother and wrote about her and her husband in his book, Ava’s Man.  As he tells of hard times and the good food that sustained the family, we are treated with wonderful stories. Bragg can make his reader lust after pig feet (I remember my mother’s mother eating pickled pig feet and all it took for me to try it). Many of his stories are about how to procure pigs and cows to eat. His family was involved in some minor incidents of larceny, which long after the guilty have passed on, can be quite humorous.  And then there are the chickens and how the roosters who enjoyed pecking at the ankles of his grandmother were soon destined for Sunday dinner.

Some of his stories have a familiar ring to them. He speaks of baking possum on a hardwood plank and then throwing away the possum and eating the board. I’ve heard this same story many times in cooking shad, a fish that runs up rivers along the East Coast. Shad was to be nailed to a board and then the board consumed.  Another familiar story is a variation of “stone soup,” where his grandfather made “ax head soup” for a bunch of hobos. But he also had meat and some beverages to help complete their feast. It was his grandfather’s way to helping those who were in the same predicament in life as he had once been. There was a tenderness in this show of generosity.

Bragg gives inside into another southern treat, poke salad. Most people would have never heard of such thing had it not been for the song, “Poke Salad Annie.” But I remember poke salad from my grandma, my father’s mother. Although I don’t remember her fixing it, she talked about how you prepare the tender young leaves. The plant is poisonous, so one has to take the young leaves and boil it in several pots of water, throwing away the water that contains the toxins. When one has to take such care to rid toxins, it’s not worth it. I’ll stick turnip greens.

There are many other great stories around making biscuits, cornbread, greens, fish, fried chicken and deserts. This book will delight your taste buds and make you long for good home cooking. 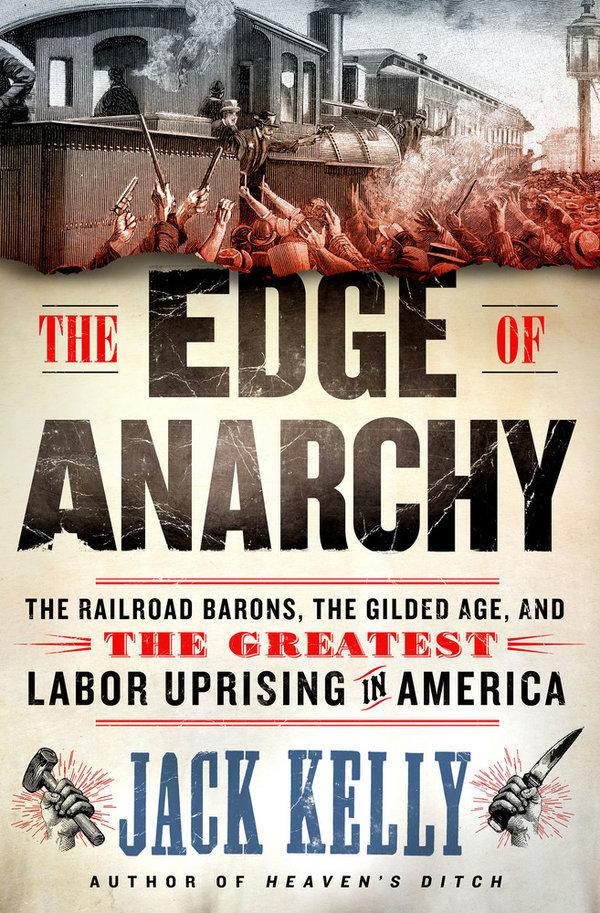 Jack Kelly, The Edge of Anarchy: the Railroad Barons, the Gilded Age, and the Greatest labor uprising in America (2019) 11 hours and 15 minutes on Audible.

This book is in keeping with a long lists of books about America in the late 19th Century which I’ve read this past year. The book focuses on two key people, George Pullman and Eugene V. Debs. The late 19th Century was a period of unrest in this country as Kelly points out. This was the era of Coxey’s army marching on Washington, along with large strikes by workers and anarchist ready to toss a bomb (sometimes literally) into simmering conflicts.

Pullman was the founder of the “palace car empire” and a very wealthy man. Not only did he build sleeping cars, he maintained control of his cars by leasing them to the railroads instead of selling them. This way, he not only built the cars but provided staff that operated the rolling hotels and was able to shuffle cars between railroads, allowing customers to stay in a car as the train passed over multiple railroads. Pullman was innovated in many ways. He attempted to build an upscale company town. His idea was to attract better workers for building his rail cars, but it was still a town that he owned and controlled. In the 1890s, as deflation swept the nation, Pullman cut the wages of his workers, while maintaining the rents he charged in his town. During this time, he refused to cut the dividends his company paid or reduce his own and his top management’s salaries. This lead to unrest and eventually a major strike that impacted the entire nation.

Opposite Pullman was Eugene V. Debs, who was attempting to change the nature of unions from a craft guild that served particular skills (such as firemen and engineers) to a union that represented all railroad workers. As the strike at the Pullman plant grew, other railroads workers became involved, leading to disruption throughout the system. While employees refused to handle Pullman cars, the battle became greater as other traffic was delayed or stopped. Cities like Chicago were beginning to starve.

Kelly demonstrates the length the railroads went to in order to break the strike. One tool they had was the mail service. Debs and other strikers insisted that nothing was to be done to disturb the mail, which was a federal offense.  Mail cars on passenger trains were generally at the front of the train, while the Pullman cars, which had to be available to be transferred from one line to the other, were at the back of trains. This allowed railroad workers, who were refusing to handle Pullman cars, to easily push them off onto sidings while allowing the railroad to continue operating. Knowing this, train officials starts making up the train, putting the mail cars behind the Pullmans, forcing the union’s hand. Eventually, the federal government was able to use the excuse of mail disruption to call in the army to break the strike. Soldiers who had been used to keep the peace in the West (or fighting the “Indian Wars”) were deployed to cities like Chicago and Sacramento.

Kelly tells the story of the strike and the era in an interesting way that keeps the reader engaged.