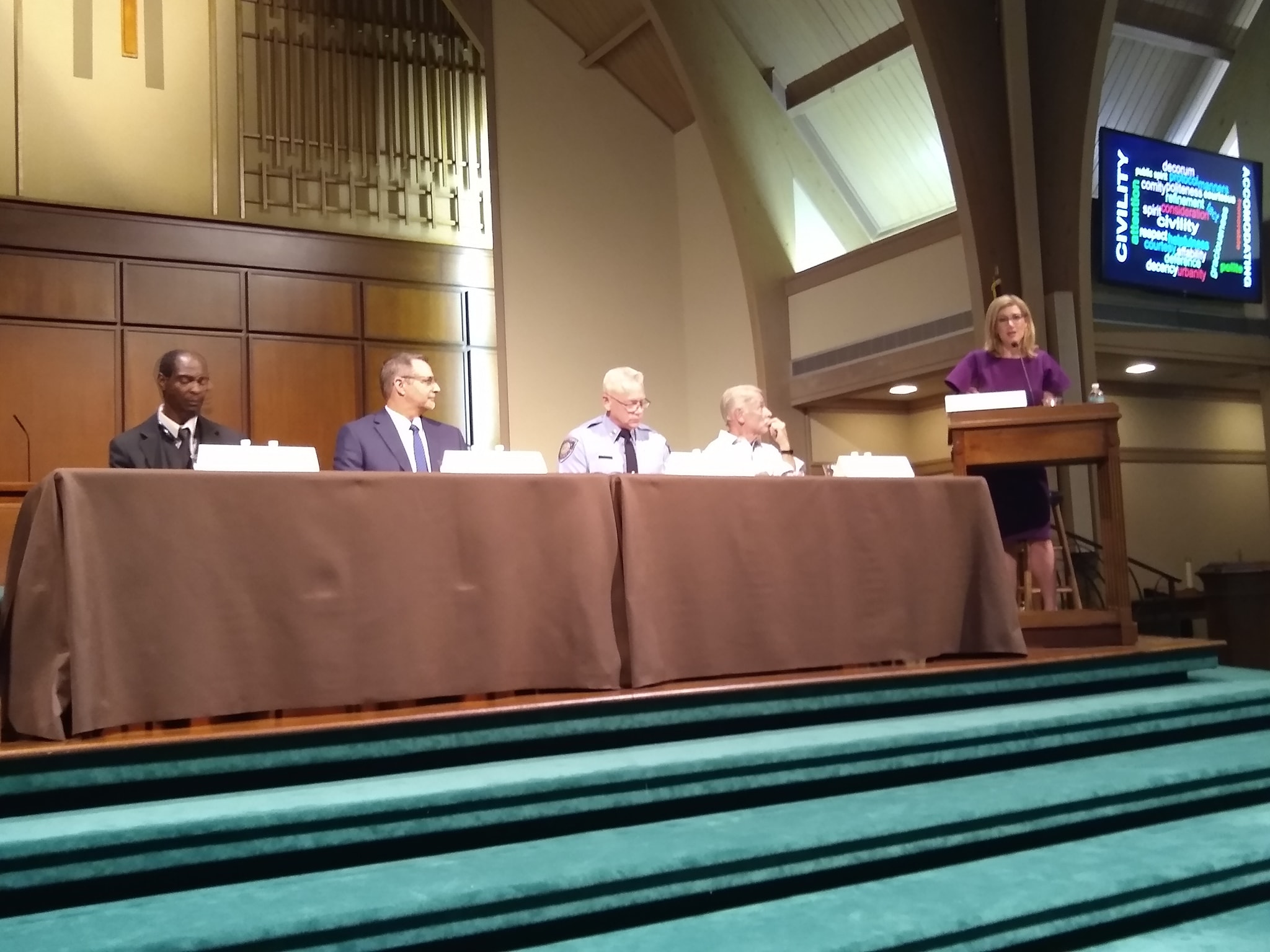 Last night, Skidaway Island Presbyterian Church held our first “Civility Forum.” The purpose of these forums is to help people communicate with those with whom they disagree and to be civil in their discourse.  It was moderated by Jessica Savage, the 5 PM news anchor and investigative reporter for WTOC. She did a wonderful job keeping the conversation moving and the hour went by quickly. The panel included Dr. Robert Pawlicki, a retired psychologist and university professor; Chief Jeff Hadley of the Chatham Country Police Department; Tim Cook, director of Landing’s Security; and the Rev. Archie Seabrook, a 25 year chaplain for Hospice Savannah and a 7th Day Adventist pastor.  Here are some highlights from the evening:

Click here to read my article, “Civil Discourse: Reviving a Lost Art” in The Skinnie (pages 20-24).