Every day, Garrison Keillor sends out a new edition of “The Writer’s Almanac.” He always begins each day’s post with a poem. Today’s poem was by Charles Simic and titled “Nineteen Thirty-eight.” Thinking about his poem written about the year of his birth, I recalled a piece I wrote a few years ago on the year I was born. I wrote this in prose, but wondered if it might be crafted into a poem?  Probably not this week… This piece originally appeared in my former blog. 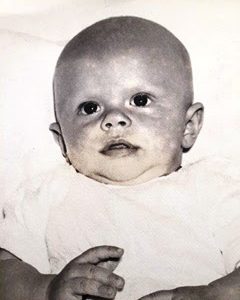 I arrived at the Moore County Hospital, just outside of Pinehurst, on a Wednesday morning in mid-January 1957. The highways we drove home on through the Sandhills were all paved by then, but many of the county roads including the one we lived on were still dirt.   It was a simpler time.  Longleaf pines surrounded the highways and golf courses and small farms raising bright-leaf tobacco dotted the landscape. The Lower Little River was populated by my relatives. We were mostly descendants from Highlanders from Scotland and for us, tobacco was king (and still considered safe).  It sold for 59 cents a pound. Nearly a half million acres were raised in North Carolina, producing over 1700 pounds an acre. You can do the math.

In the same month I arrived, a meeting of African-American pastors led to the Southern Christian Leadership Conference.  We’d hear more about them in the next decade as integration was moving into the forefront. Before the year was out, there’d be the incident in Little Rock and the Senate under the leadership of Lyndon Johnson passed the first civil rights legislation since the Reconstruction. We’d also be hearing more about civil rights and Johnston in the years ahead.

Two days after my arrival, three B-52s made the first non-stop around-the-world flights and General Curtis LeMay bragged that we could drop a hydrogen bomb anywhere in the world.  The one place we did drop one that year, accidentally, was New Mexico.  Thankfully, it didn’t detonate which is why no one knew about it. The military were exploding bombs in Nevada but said everything was safe and no one knew differently except for the sheepherders whose flocks began to lose their wool and die off. There were other nuclear accidents in ’57 in the US and UK, but we didn’t know about them. We just trusted that our governments would never do anything to harm us.

Although there were no major wars going on, the world was tense. In October, the first American soldier was killed in Vietnam, a country we’d learn more about. But in ’57, the focus was mostly on the Suez Crisis and the threat of a Soviet nuclear attack. The DEW line was completed in the Arctic.  When proposed, it was to provide a six hours warning before the first Soviet bomb could be dropped on an American city. By the time the work was completed, the margin was cut to three hours as Soviet jets had doubled their speed.  A few months later it became extraneous as the Soviets launched their first intercontinental ballistic missile. Later, they launch Sputnik and we’d spend the next twelve years in a space race. Amidst all this, some yo-yo created the first plastic pink flamingo. The end was near as prophesied by Nevil Shute, On the Beach, a post-nuclear war novel published in 1957.  I’d read it in high school.

To save us from calamity, we placed our faith in Ike, the President, who many thought I resembled as I too had a bald head.Thankfully Ike wasn’t Herod and didn’t waste any time worrying about a newborn impostor as he perfected his golf swing and began his second term as the leader of the free world.

Jack Kerouac published On the Road in 1957, and people were heading out on the road as a new line of fancy cars with high fins and excessive chrome were revealed. The ’57 Chevy became an icon of the era as Ike announced the building of interstates to connect the cities of our nation. Cars ruled!  New York City abandoned its trolley cars in 1957, and shortly afterwards the Brooklyn Dodgers (originally the Trolley Dodgers) announced they were moving to Los Angeles. In other sporting news, the University of North Carolina beat Kansas in the NCAA basketball finals. These teams have remained near the top throughout my life. The Milwaukee Braves led by a young Hank Aaron beat the New York Yankees in the World Series. We’d hear more from Aaron and the Yankees, but Milwaukee faded when the Braves high-tailed it to Atlanta. The Detroit Lions, a team whose demise parallels its city, won their last NFL championship.

Ayn Rand published Atlas Shrugged in 1957. Nearly six decades later, “Who is John Galt?” bumper stickers are occasionally spotted on American highways. In the theaters, The Ten Commandments was the top box office success. For a country that seems so religious yet so consumeristic, the commandment about not coveting appears overlooked and Rand “look out for me” philosophy glorified the sin.  Other commandments were also being broken as “Peyton Place,” which debuted in theaters, reminded us.

Radios in 1957 were playing the music of Elvis, Buddy Holly, Debbie Reynolds, the Everly Brothers, and Sam Cooke.  In Philadelphia, teenagers danced for the first time on American Bandstand as more and more homes acquired televisions.  In England, two chaps named Lennon and McCarthy met and would go on change music as we know it.  Humphrey Bogart died just two days before my arrival, but it was still a good year for Hollywood.  Not only was Moses selling, but so were dogs as children everywhere cried watching Old Yeller.  Another movie released was the Bridge over the River Kwai which motivated whistlers everywhere.  That old British army tune would later be used in a commercial for a household cleanser and inspired one of the beloved parodies of my childhood: