A little over a month ago, I attended the closing session of the Pat Conroy festival. Most of the events were held in Beaufort, SC, but the closing one was held in Bluffton, which is just across the river a bit from Savannah. It featured four South Carolina authors talking about place. Afterwards, I picked up a couple more John Lane books, who was one of the authors. I’d previously read two of Lane’s books: My Paddle to the Sea and Waist Deep in Black Water. 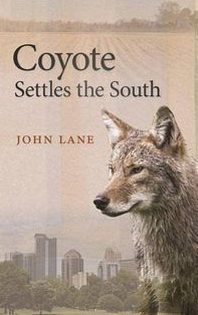 The first coyote I saw was thirty-some years ago outside of Virginia City, Nevada. Since then, I have seen them in many other parts of the West, but also in areas far beyond their original range. At one point, coyotes only existed in the American West. As their territory changed, the adapted and began to move eastward. In this book, which is kind of a travel narrative, Lane sets out across the South to learn about how coyotes are adapting to their new territories in the southern part of the country. These animals are taking place of the red wolves, who used to roam eastern woods. They are generally hated, in the same category that rattlesnakes are hated, as they are considered a threat to humans and especially to our pets. While there has been human death to coyotes (there was one during his study of the animal), the animal is very problematic for pets, especially small dogs and cats. They help cull the deer population (they prefer to eat fawns), love fruit, but will also eat armadillos (flip ‘em over and eat ‘em on the half shell). As the coyote is well established and able to reside close to humans, it appears there will be no going back. The beast is a hard one to trap, as one famous coyote from West Virginia showed. This animal was even known to relieve himself right next to traps set out for him as if he was playing with his trappers. After figuring out that it was a male, they finally trapped him using a captive female coyote in heat!

In addition to discussing the coyote, Lane spends time talking about the red wolf, as specie that is in even more danger from the coyote, for the two species have been known to interbred. By the time I got through this book, I find myself having more respect for the coyotes. Lane begins the book describing the first time he heard them at his house in northwest South Carolina. Having been surprised to hear them baying in the woods while out at night skiing in Michigan, I can attest, it’s a beautiful but also hair-raising sound. Pick up this book if you’re interested in nature and in an animal that is a lot cleverer than the cartoon depiction of Wile E. Coyote. 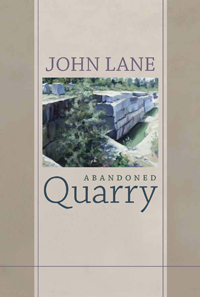 This is a wonderful collection of poems that capture places and events (real and imagined) in Lane’s life. The author has a keen vision for what’s happening around him, as he travels from Cumberland Island along the Georgia coast to the Virginia mountains and places in between. The bulk of the book are made up of selections from seven previously books of poetry published by Lane. In addition to these seven, there are new poems, some from earlier in his life and others written more recently. Many of the imagined poems were about visits from his father who’d committed suicide when Lane was a child. His father, a veteran of World War II, was a mechanic who ran a gas station. In these “dreams,” he teaches his son about cars and his mother (and women) among other things. I imagine it was helpful for Lane to write these verses.  I was shocked to find a poem, “Chicory Brought Inside,” that ties together chicory and Queen Anne’s Lace, two common roadside flowers that often grow together along the ways of the Midwest. It reminded me of a similar poem I wrote years ago.  A place I discovered that we’ve both written poems is “Connemara,” the vacation home for Carl Sandburg in the North Carolina mountains. I am still trying to find my poem, which was written in the early 80s. I enjoyed this book of poems immensely and highly recommend them.

Chicory and Lace
by Jeff Garrison, 2009

A smile broke over your face.
You blushed as your eyes twinkled
when you noticed me watching
you raise the cup to your lips
and gently blow across the dark,
before sipping.

It was a chicory blend, wasn’t it?
Served early in the morning
at the sidewalk café
in that town along the Sierra foothills.
We searched for the ghosts of 49ers
yet couldn’t exonerate the spirits of our past.

We lingered that morning, I mesmerized by you,
sitting slightly sideways in a wrought iron chair,
a lacy-white sundress with blue flowers
that stood out against your tanned shoulders and arms,
and those long shapely legs, crossed at the knees,
a flip-flop dangling from your rocking foot

I don’t remember of what we talked,
nor now, even what year it was
for there have been so many since.
But I remember the chicory coffee and the lace of your dress
and seeing chicory grow wild along the roadside,
amongst the Queen Anne Lace, I smile.