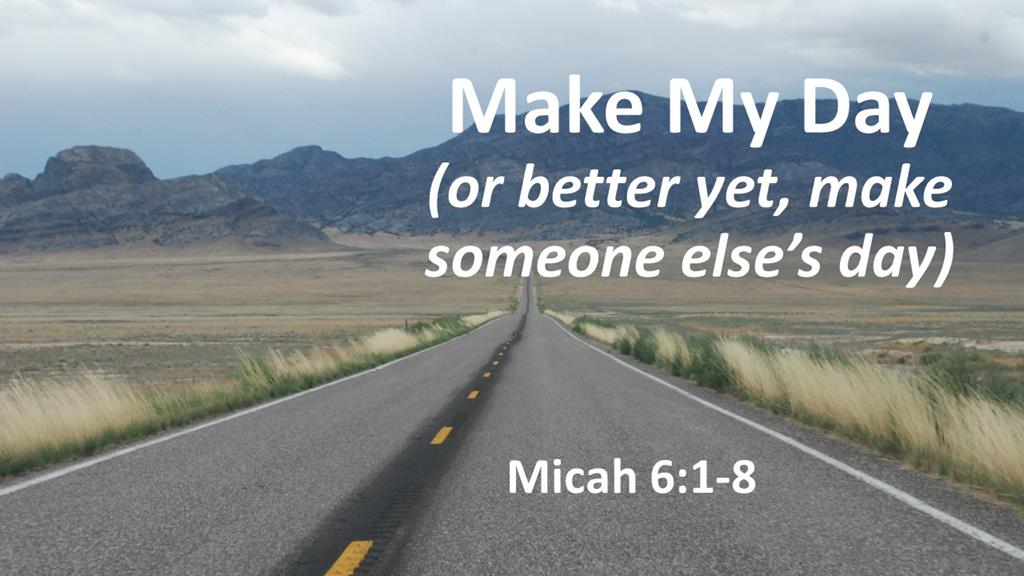 A widow’s son who died in a tragic accident. This put her in great grief as she was not sure what to do. A friend took her to a holy man who was also known as a healer. “Use your power to bring my son back to me,” she sobbed.

The holy man spoke kindly to the woman. “Bring me a mustard seed from a house that has never known sorrow. I will use that seed to remove the pain you have in your life.

The woman set out immediately on a search for such a mustard seen. She visited the home of the wealthiest person in the area, thinking that no tragedy could have struck them. She knocked on the door and the told the woman of the house about her search and how she needed a mustard seed from a house without sorry.

“Never known sorrow?” the woman asked. “You’ve come to the wrong house.” She began to sob and told of all the tragedies that had struck her family. The widow remained in the home for many days, listening and caring.

Upon leaving the wealthy home, she resumed her search and tried a modest home about a mile down the road. The experience was the same. Everywhere she went, she was greeted with tales of sadness and sorry. And everyone she met found her to be a listening and caring woman.

After months of travelling, she became so involved in the grief of others that she forgets about her search for the magic mustard seed, never realizing that her search had driven sorry out of her life.[1]

You know, sometimes we should just do it. Nike may have coined that term, but it’s also the call of a disciple. Our belief needs to be displayed in our actions. God wants us to live in a way that will bless those around us with peace and comfort. We’re not to do good to earn God’s favor, instead we should be touched by what God has done for us and order our lives accordingly. How might we make someone’s day, today?

Our lesson for the morning is from Micah 6:1-8, reading from the Message translation. 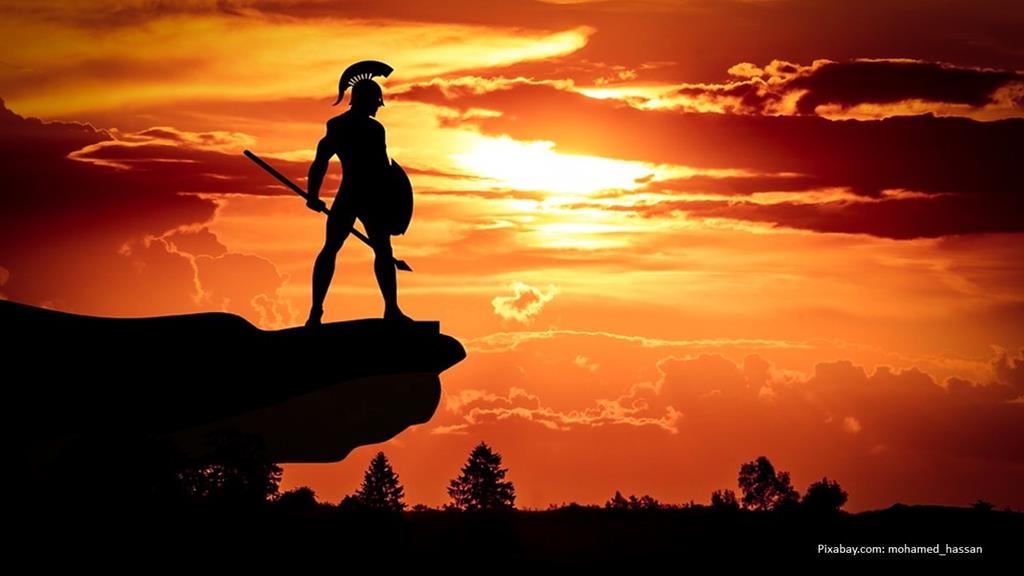 The Scriptures we read today make it abundantly clear that God isn’t looking for heroes. God doesn’t require us to be “Super-Christians.” We don’t have to sacrifice everything we have in order to find favor with God. Instead, God is satisfied with us living a life which brings no harm to anyone and which honor righteousness. These teachings from the Old Testament can be somewhat summarized into Jesus’ command to love God and to love our neighbor as ourselves.[2] 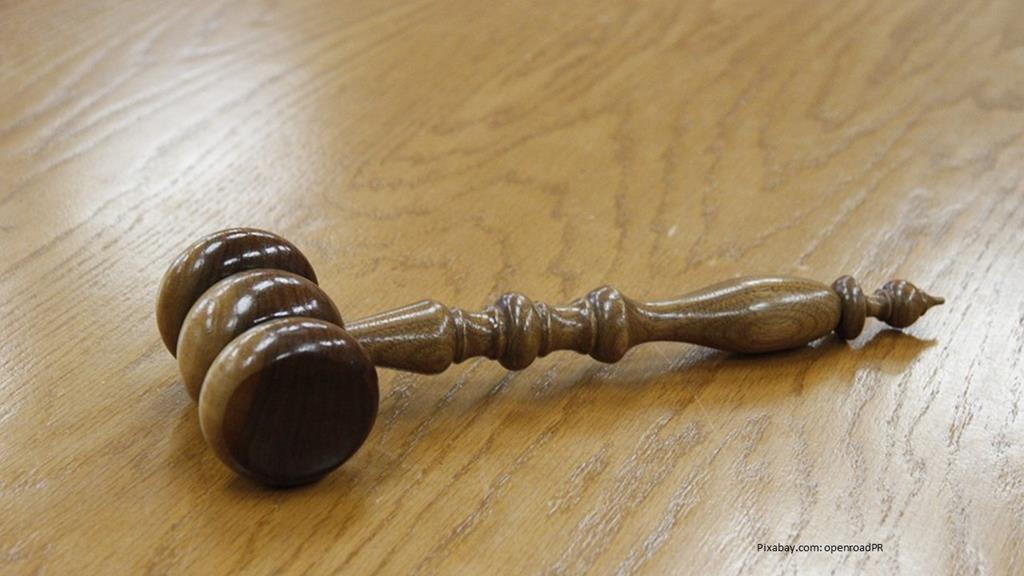 The sixth chapter of Micah begins with a courtroom scene. God indicts Israel, asking her to come and plea her case against the mountains and the hills. Why the mountains and hills?  Because they have been around for ages and have seen how God has shown mercy to Israel.[3] 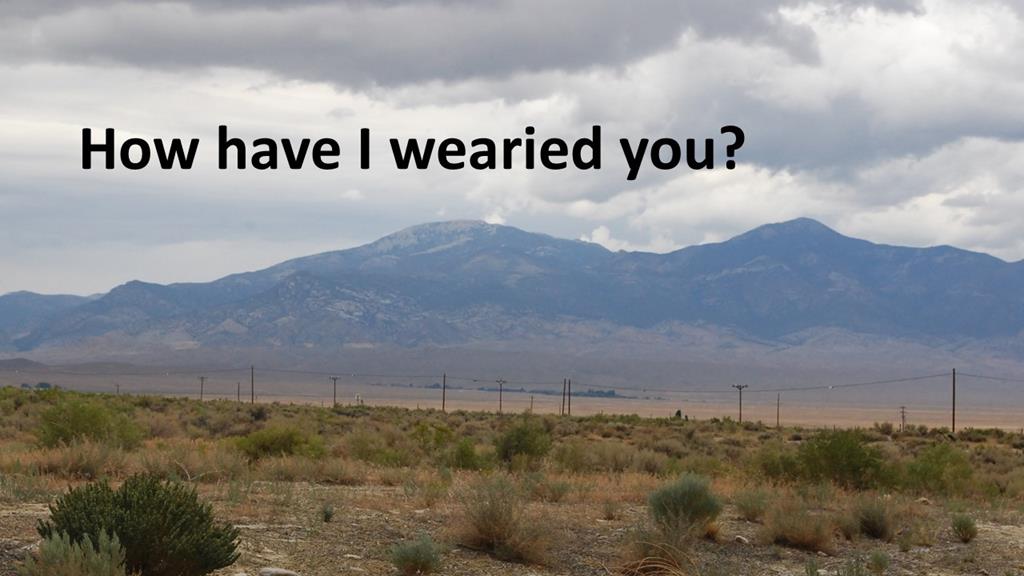 In the third verse, God asks Israel a rhetorical question.  “What have I done to you, in what ways have I wearied you?”  The people of Israel have been ignoring God. God’s question is designed to grab their attention. Was God the reason for Israel disobedience? Probably not…

The indictment against Israel continues as God reminds her of the Exodus and other great deeds which have shown the saving grace of Israel’s Lord. 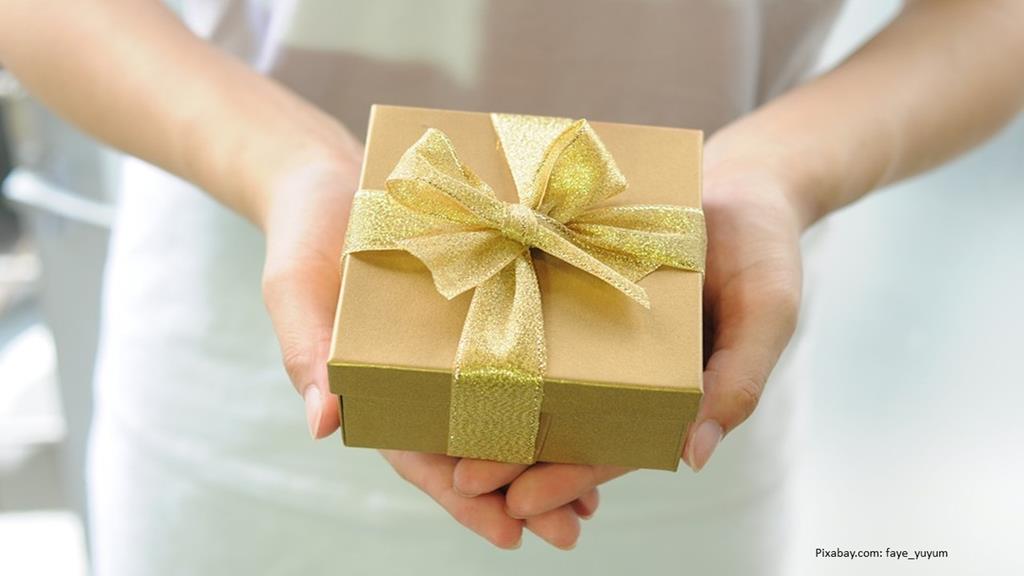 In the sixth verse, Israel answers. Israel knows she has been disobedient and asks how she might come back before God.  Shall it be with the best of sacrifices? Armloads of offerings, and a yearling calf? Or perhaps, like King David,[4] a thousand rams along with buckets and barrels of olive oil?  And if that’s not enough, how about the most valuable thing of all, her first-born? As this response is made to God, each item escalates the value of the sacrifice.[5] 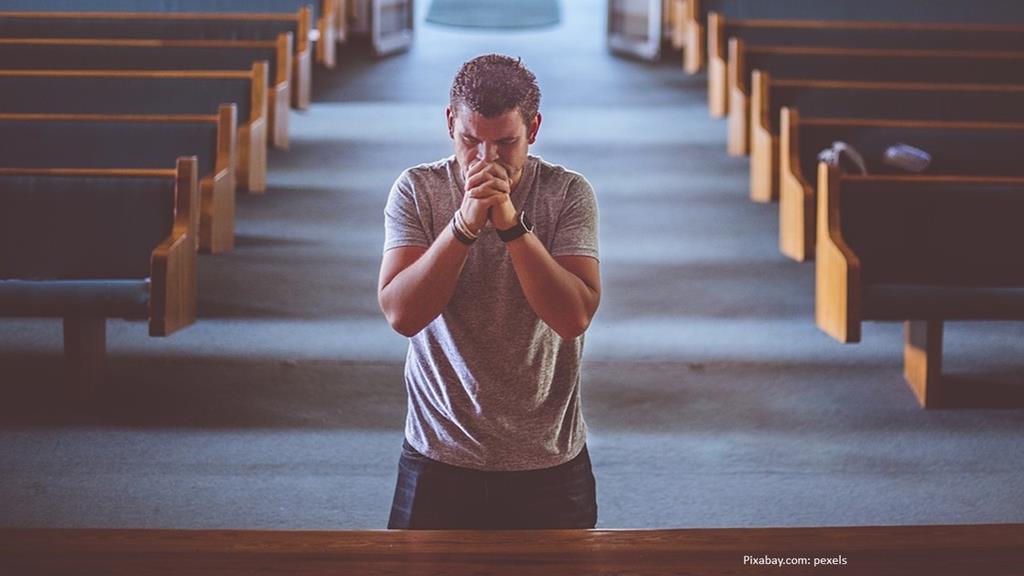 Standing before God is awesome and frightful. The Hebrew people believed that if they saw God’s holy face, they’d be consumed by God’s righteousness. So, it seems natural that if they are called into a lawsuit by God, they should up the ante of what they’re willing to offer. But God is so much greater than anything we can offer. What does God need from us? The offer to ratchet up of the sacrifices allows the prophet to correct the people’s misconception about what God wants. It’s quite simple, Micah says in verse 8. Do what is fair and just to your neighbor, be compassionate and loyal in your love, and walk with God (Or as the Message translates that ending of the verse, don’t take yourself seriously, take God seriously).

You may be asking yourself, does that mean that sacrifice and offerings to God are of no use?  No, not at all. Instead, what we are told is that living a moral life is required if we expect our attempts at worshipping God to be valid. If you remember, Jesus said something about us healing the rift with a wronged brother before we make our offerings in the temple.[6] 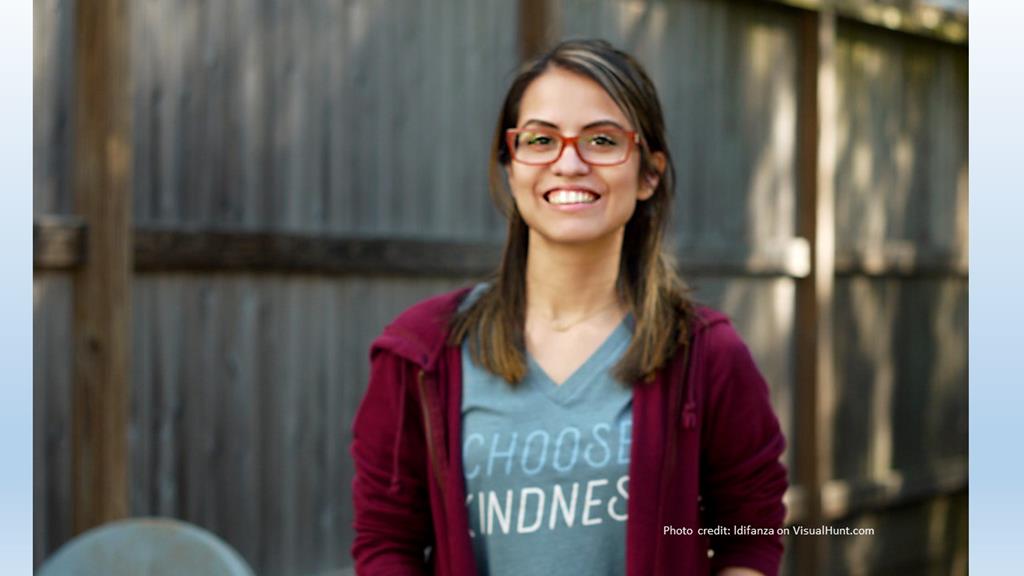 The beauty of this passage is its simplicity. God is not expecting us to make a monumental effort in order to gain favor.  God does not want religion to become such a burden that we harbor resentment in our hearts. Instead, God wants us to incorporate our faith into our lives so that God is glorified in all that we do…

Wendell Berry is a Christian, an environmentalist, a farmer and a poet from the hills of Kentucky. Years ago, at a commencement speech during a college graduation, which he titled “The Futility of Global Thinking” he told the students:

“Nobody can do anything to heal the planet. The suggestion that anybody could do so is preposterous. The heroes of abstraction keep galloping in on their white horses to save the planet—and they keep falling off in front of the grandstand.”[7] 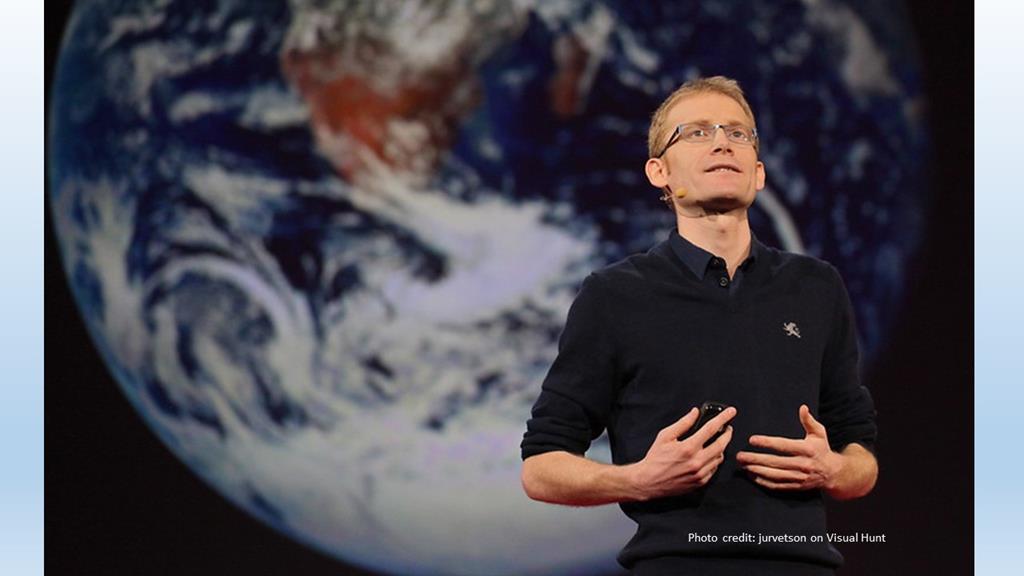 Think about what Berry is saying. When we look at the environmental crisis from a global level, it becomes unmanageable. Berry goes on to tell the students that instead of worrying about how to save the planet, they should concern themselves with the care of their own neighborhoods.[8] This is true not just for environmental issues, but every other kind of challenge our world faces. We can’t change the hearts of others and avoid a war, but we can love our neighbors and began to build a community that reflects godly values. And slowly, if blessed by God, such communities can take shape and change the world.

What does Berry have to do with Micah? Well, in a sense, they are both prophets speaking to a world which has lost its connection to its source of life. The priest of Israel might demand that 1,000s of rams and barrels of oil be offered up to God to get Israel back on the right track, but what effect would that really have had on the average Hebrew in the 8th century BC? They’d be overwhelmed. Likewise, we are told that the answers to the world’s problems are global, but that’s overwhelming. We can’t get our minds around such problems. 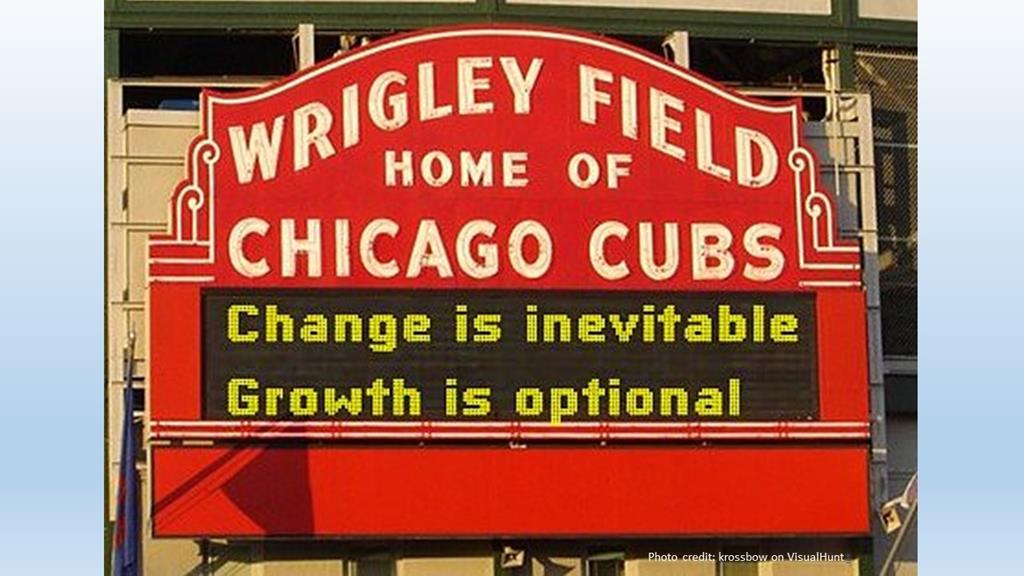 Let’s think of the implication of what Micah and Berry have to say to the discussion of the church in America in the 21st Century? We cannot deny-things are changing in our world.  The shape of the church and society are undergoing radical restructuring. Our church and society seem helpless in stopping the violence and the brutality which we read about daily.

We have a lot of problems in our world. The environment, crime, hunger, drugs, war, domestic violence, teenage pregnancy, unemployment… the list seems endless. As Christians, our Lord and Savior calls us to be concerned and to do our part to make the world better. But isn’t it nice to know that we are not required to do it all ourselves? 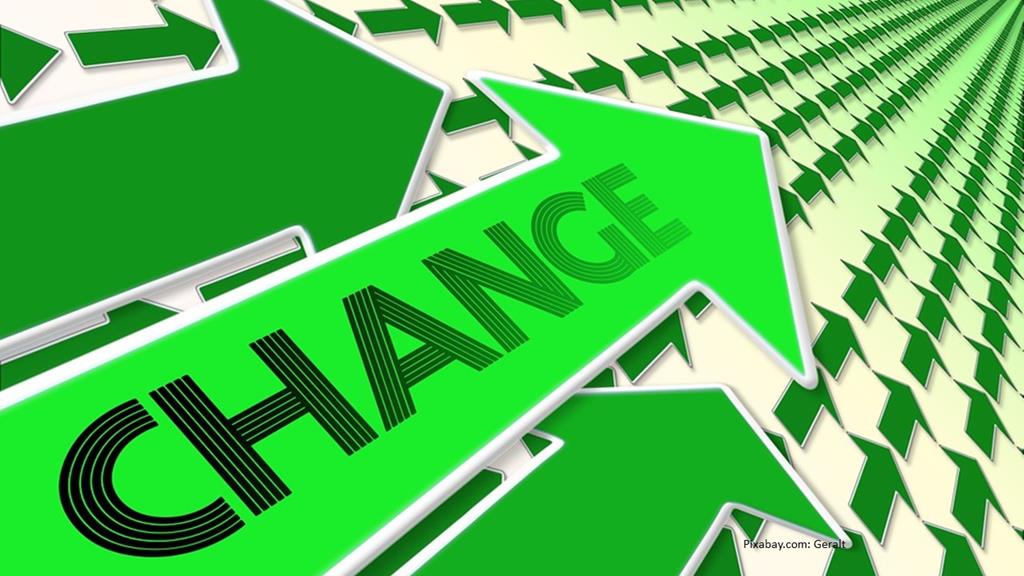 One of the problems of the modern church, I believe, is that we’ve become practical atheist.[9] As practical atheist, we still believe in God, we just don’t believe God is doing anything in the world so we have to make up the slack. Practical atheists can be either conservatives or progressives, and they seem to flourish at both extremes. God is still real for them; they can use the fear of God or the teachings of Jesus to excite Christians into zealous actions. These “practical atheist” are mostly committed to single causes. The conservative cause may be abortion or prayer in school, the liberal cause may be the homeless or minority rights. They demand action now and see themselves as carrying out God’s mission even to the point of martyrdom. Both can cite ways that God is on their side, and in that they are both probably right. 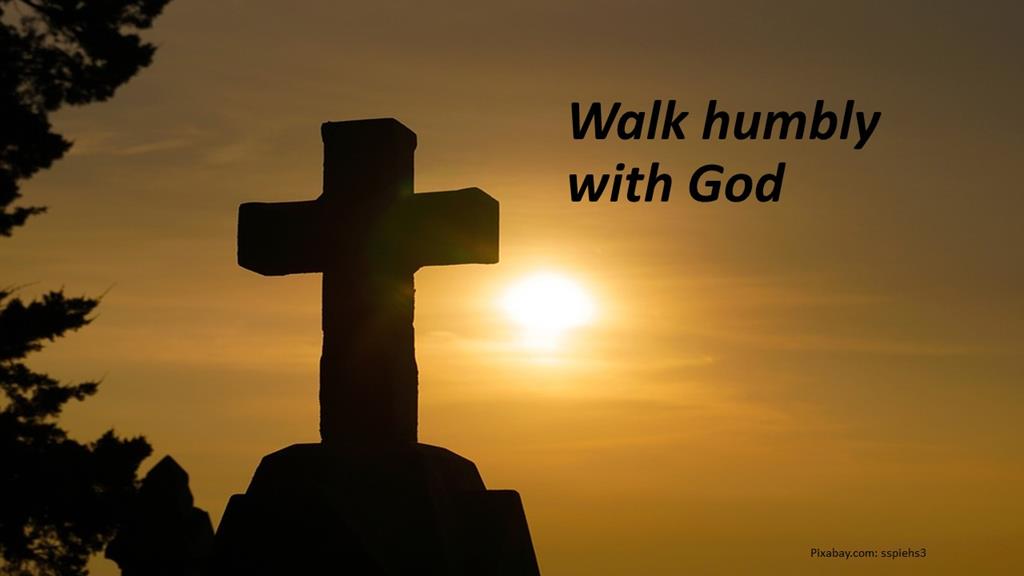 But the revitalization of our world is not going to happen because of what some individual or group does to drag along everyone else into their camp. Don’t get me wrong, I’m not saying we shouldn’t be involved in these issues. I’m just saying that, first and foremost, we should remain focused on Jesus Christ, or as Micah says in the New Revised Standard translation, “Walk humbly with our God.” We don’t need a giant to save the world. Jesus didn’t bless the superstars in the beatitudes.[10] We already have a Savior, in Jesus Christ. We don’t need another Savior; we just need to trust and have patience in him.

What’s holding you back? What’s stopping you from being fair, compassionate and loyal? What keeping you from walking with God? Start today. Do the small things. Do something good that will make someone’s day and make the world just a little brighter. Amen.

[9] I’m not sure where I first heard this title used, but such atheism can be described this way: “[U]nbelief or atheism is a problem, not intellectually, but politically. Most of our social activism is formed on the presumption that God is superfluous…”Stanley Hauerwas and William H. Willimon, Resident Aliens: Life in the Christian Colony (Nashville: Abingdon, 1989), 36.