Back in December, The Armchair Squid honored me with this award. 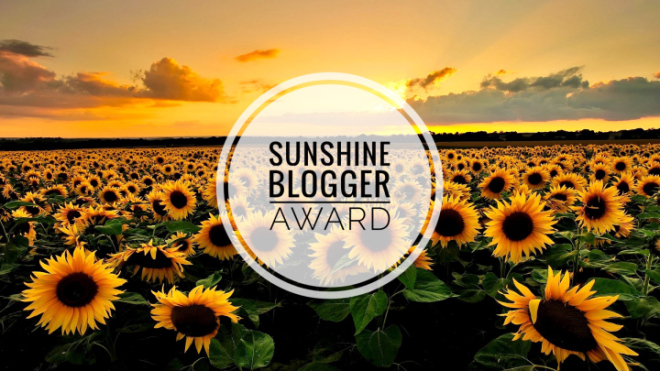 Sorry to disappoint  you, but I will give no acceptance speeches that flaunt my politics. I like how “the Squid” modified the original rules:

I’m finally getting around to these questions, which I found interesting and fun to ponder. Here’s my answer.

If you could live one year of your life over again, which year would you choose and why?
Is this a trick question? In Thornton Wilder’s play, “Our Town,” Emily Gibbs is allowed to go back and see one day of her life. It is suggested that she go back to an insignificant day, for it’s going to be so difficult. That said, maybe 1987, when I completed most of the Appalachian Trail. But that’s probably one of the more significant instead of insignificant years of my life.

If you could learn to be an expert at something without putting in the work, what would it be?
A violinist

If you could learn a new language instantly, which would you choose and why?
Mandarin  I might as well know what most of the world is saying behind my back.

If you could give $1 million to any charity, which would you choose?
A charity that works with disabled or disadvantaged children.

When was your Robert Frost moment a la “Two roads diverged in a yellow wood…”?  The poem says you can’t go back and that is true.  “Way leads on to way” and so forth.  But if you could, would you?  What is the difference you think it would have made?
It was one winter in Michigan, when the snow was deep and I had shoveled a path to the driveway and another to a large locust tree for obvious reasons. Then, warming up inside by the fireplace, I pinned these immortal lines (with apologies to Robert Frost):

Two roads diverged in yellow snow,
And glad I am not to travel both
One traveler with four legs runs to the tree
And looks down as he hunkers low
And lifts his leg to take a pee

I shall be telling this with a sigh
Some where ages and ages hence:
Two roads diverged from my front porch, and I—
I took the one with the white snow,
And that has made all the difference

Of course, it didn’t make much difference, but I got a laugh out of it.

Time travel: where would you go and when?  Why?
Virginia City, Nevada in 1875.  Having spent a lot of time studying and writing about Virginia City and the role the church played there, that was an interesting year. It was the year of the big fire and the interesting split within the Presbyterian Church. Visiting would allow me to see how much I got right in my history.

Who would you want on your fictional character bowling team?  You get to pick four.
Yosemite Sam, Bugs Bunny, Mickey Mouse and Yogi Bear…

What would you want for your last meal?
I’d be like Jefferson in Ernest Gaines novel, A Lesson Before Dying, who asked for a whole gallon of ice cream and a pot spoon to eat it with. He’d never had enough ice cream, he said, and while I’ve never been as poor as him, I’ve never had enough ice cream, either. By the way, it’s a tradition on the Appalachian Trail to eat a half gallon of ice cream at the half-way point. I didn’t do it at time, eating only a quart!

What’s your favorite song?
Can I have two?  A modern one and an ancient one?  Why yes, I can, my conscience tells me, but remember the Armchair Squid teaches music! Okay, then two it’ll be:

Are you an introvert or an extrovert?
I’m just barely an extrovert on the Myers-Briggs scale.  That seems right as there are times I like being in crowds, but I also need to retreat into “me time.”

If you came over to my home and I offered you a drink, what would you want me to serve you?
I would ask for your best bourbon on the rocks, unless it’s Derby Day, then I’d ask for a mint julep. If it’s St. Andrews Day or Burn’s Night, let’s have Scotch or maybe a Rusty Nail.