The 2020 baseball season was scheduled to kickoff this past weekend. Unfortunately, it has been postponed due to the current pandemic. So here is a poem I wrote this weekend (you can even listen to it–how neat is that) along with a review of a book I recently read with my book club on the 1949 baseball season. Enjoy and wash your hands!. 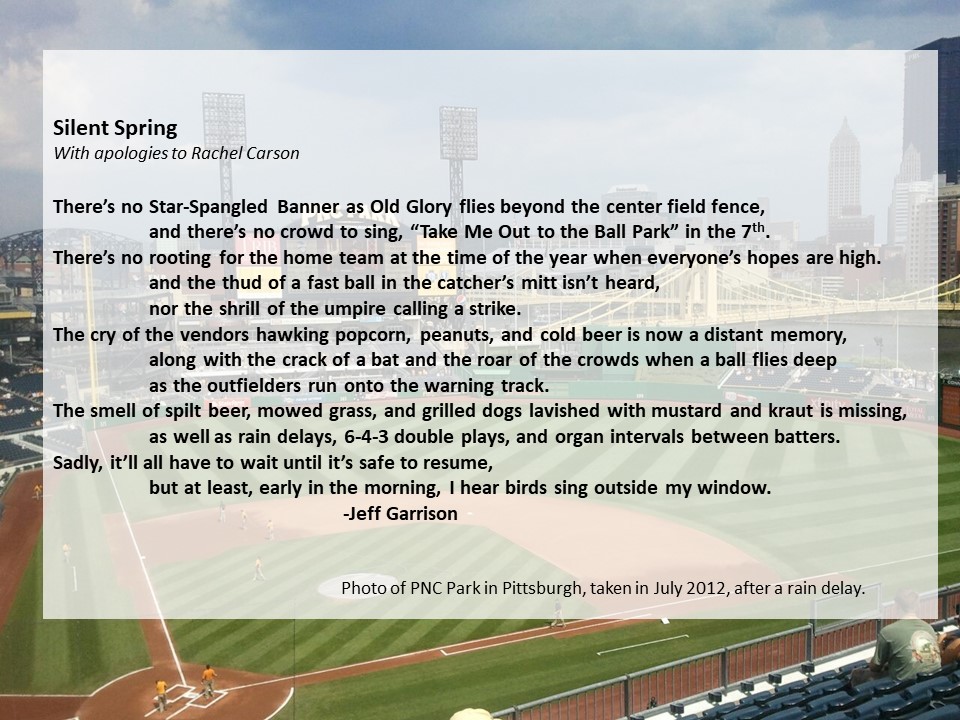 I am not sure why there is not the arrow to start in the strip below, but if you click just to the left of the 00:00, you can start the recording. It’s a minute and 16 seconds long. 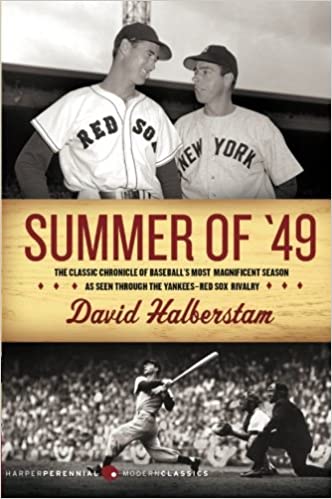 In the post wars years, as players returned from the war, baseball captured the imagination of Americans. It was America’s sport. Football and basketball prominence was still in the future. The ballpark was a place where the melting pot vision could be witnessed firsthand. Immigrant children like the DiMaggios (there were three brothers who played in the majors) were second generation Italians and stars. Then, staring in 1947 with Jackie Robinson, African-Americans were included in the roosters. Postwar ball reached a new height with the thrilling 1948 pennant race in the American League. In the days before playoff series, the top team in each league went to the World Series, and if there was a tie, there was a one game playoff. Three teams were in contention in ‘48: the Cleveland Indians, Boston Red Sox’s and the New York Yankees. The Indians won, leaving the younger Red Sox’s and the older Yankees disappointed.

The 1949 season turned out to be just as exciting as the Yankees and Red Sox’s battled it out for the American League pennant. The season began with the Yankees great Joe DiMaggios (who’d bridged the team from the Ruth/Gehrig era to the Mantle/Maris era) being out with an injured foot. The other great hitter was the Red Sox’s Ted Williams. Also playing for the Red Sox’s was Joe’s brother, Dominic. It was an exciting season in which the Yankees won the pennant in the last inning of the last game as the two teams battled it out.

Halberstam, who was a teenager during this season, captures the excitement that came down to the final inning. Once again, the Red Sox’s are disappointed. The Yankees win. Halberstam tells the story of this season, providing insight into the financial workings of baseball as well the changes that were taking place. This was a time when players still mostly traveled in trains, but planes were making their debut. It was also a time that most games, which had previously not been broadcast locally, were being on the air and great names were emerging in the broadcast booth, many who would soon become the well-known reporters who overshadowed the previously honored sportswriters. Even television made an appearance during the World Series. And for the Yankees, new names were rising up such as their new manager, Casey Stengel, and their rookie catcher, Yogi Berra. Other players who would grow into greatness were also beginning to make themselves known such as Willie Mays (whom the Yankees took a pass on due to his race).

Although I have never liked the Yankees, I was impressed with their teams discipline and how they instilled hard playing in each member of the team. Joe DiMaggio exemplifies this when asked why he plays so hard in games in which little was at stake and he responded that there might be someone in the crowd who’d never seen him play. For anyone who enjoys baseball, this is a good read.