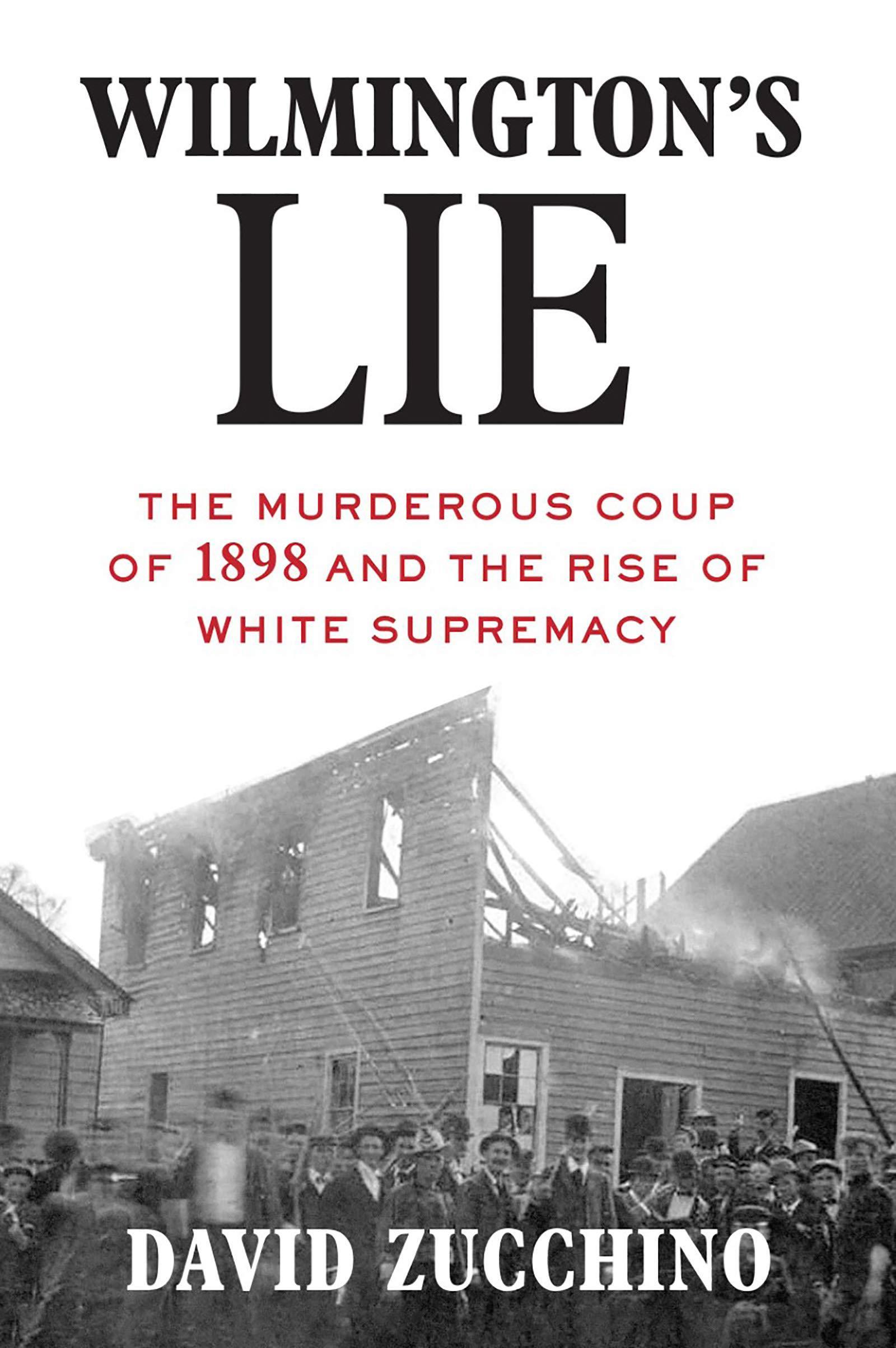 David Zucchino, Wilmington’s Lie: The Murderous Coup of 1898 and the Rise of White Supremacy (New York: Atlantic Monthly Press, 2020), 426 pages including notes, bibliography, and index along with 12 additional pages of prints.

On November 10, 1898, Wilmington, North Carolina erupted into violence. It began with an armed mob of white men burning the building which housed the Daily Record, an African American newspaper. Supposedly, this was because of an editorial that had been published months earlier that challenged the idea that lynching was necessary to keep black men away from white women.  After the fire, the mob terrified the African American community while white community leaders set out to exile leaders within the African American community along with members of the City Council and the Police Chief. Backing up these groups were reserve soldiers and sailors who had just recently returned home after having been deployed during the Spanish American War. By the end of the day, Zucchino estimates that there were 60 dead and that most of the black community had fled into the swamps. Some would leave right away; others would leave over the next few months and their absence would change the community forever.

After the terror created within the African American community, the leaders of this coup, turned to the elected and appointed leaders within the city government, who were mostly Republicans who had been elected with the help of the black vote. The election two days earlier had been a landslide for the Democrats (who at this time in history were the conservatives and had made the election about white supremacy). But with the mayor and aldermen not up for re-election, the leaders of the coup used the violence of the day as a reason to march on city hall and to demand the resignation of the city’s leaders. Then they placed their own people in power. The story reads like a who’s who of Wilmington’s leading families who were involved in the coup, along with clergy and members of the Jewish community.

David Zucchino, a reporter by trade, is not the first to tell this story. But Zucchino, with engaging prose, offers new insight into the events leading up to 1898 as well as what happened afterwards.  While much of what had been said about 1898 throughout history had been a lie, but the book could have also been called “Wilmington’s Secret.” This is not the kind of story a community speaks about publicly and, until the 100th anniversary of the event approached, most people knew little about what happened in 1898. I lived in the Wilmington area from age 9 to 24 and only knew rumors about 1898. I even played baseball at Hugh McRae Park (which recently has been renamed), unaware that the park was given to the country to only be used by whites. Even in the late 60s, I don’t remember seeing any blacks in the park. McRae was one of the leaders of the white supremacy movement in Wilmington. It wasn’t until the late 1990s, when I was home visiting my parents and picked up Philip Gerard’s novel, Cape Fear Rising, that I began to fully understand what happened. Since then, I have read four other books about this episode in history.

Zucchino begins his story with the fall of Wilmington to Union forces in the final months of the Civil War. In short chapters that focus on an event or a point in time, which reads like a newspaper column, Zucchino paints a broad picture of what was happening in Wilmington prior to 1898.  Wilmington was a place of opportunity for African Americans and many moved to Wilmington seeking a better life. At this time, most African Americans in North Carolina still had the right to vote and many did, which led to the 1898 election in which the black population was discouraged to exercise their rights. In the aftermath of 1898, the state would establish laws that would essentially disenfranchise black voters. Zucchinno shows that the event of November 10 was carefully planned. It was the ultimate example of playing the “race card.” The white leaders within the city excited fear of a black uprising among the white population, but they kept the white citizens from acting until after the elections. They even stopped earlier attempts to get Manly and his newspaper (which had published the supposedly offensive editorial months before the November events). By waiting till after the elections, they were able to intimidate the black population from voting while keeping the federal government from becoming involved. Even on November 10th, they were careful not to avoid endangering federal government property and employees (such as the head of the Customs for the Port of Wilmington, who was African American) because of a fear of the federal government becoming involved.

Zucchino doesn’t end his story in 1898. He looks at the impact on what happened in Wilmington on the rest of the country and tells what happened to the leadership on both sides in the decades following the coup. As he points out, even in 1998, at the 100th anniversary of the event, there was tension as to how the story would be told.

While there are many books about the 1898 coup, Zucchino’s book is professionally written and brings the events to light in a clear manner. This is a worthwhile addition to the growing library on both this horrific event and the rise of the Jim Crow South, as well of an example how fear, hatred, and misinformation can be used to incite evil.

My review of We Have Taken a City, another book about this event, click here.