In Sunday’s sermon, I referenced this book.  This is an updated book review (I read the book and wrote the original review in 2009). Scott Bader-Saye, Following Jesus in a Culture of Fear (Grand Rapids: Brazos Press, 2007), 169 pages 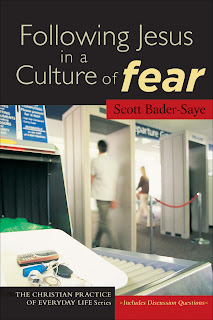