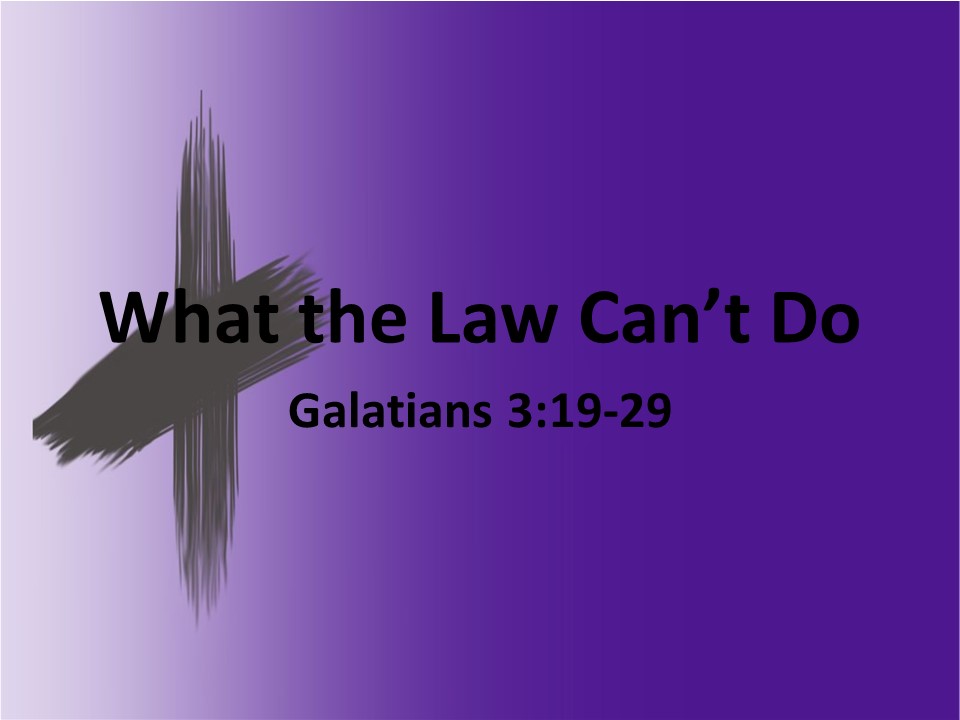 I shared this story this past Wednesday in the Bible Study that I’m teaching on Galatians.  It’s a story of grace. LaGuardia, a former mayor of New York City, was quite a character.  Today, we remember him whenever we fly to or through LaGuardia airport.  As you probably know, the airport is named after this man who served as mayor of the city during the depths of the Depression through the turmoil of the war years. A small man, only 5’ 2”, LaGuardia was a hands-on mayor.  He went with the police on raids of illegal nightclubs, took entire orphanages to ball game, and read the Sunday funnies to children on the radio during a newspaper strike.  And then there was this episode.

It was a cold night in January 1935, when the mayor turned up in night court for the poorest ward in the city.  LaGuardia dismissed the judge, giving him the night off, and took the bench.  One of the defendants brought before him was an older woman charged with stealing a loaf of bread.  He asked her about her alleged crime and she told how her daughter’s husband had deserted, leaving her daughter sick and with starving children.  The woman had stolen bread for her grandchildren.  The shopkeeper refused to drop charges, saying that it was a bad neighborhood and she needed to be punished to teach others a lesson.  LaGuardia wondered what to do.

After some silence, he spoke to the woman, saying: “I’ve got to punish you.  The law makes no exception, ten dollars or ten days in jail.”  As he was pronouncing the sentence, he reached into his pocket and pulled out a ten dollar bill, and leaned over the bench to hand it to the woman.  “Here’s the ten-dollar fine which I now remit.  Furthermore,” he said, “I’m going to fine everyone in this courtroom fifty cents for living in a town where a person has to steal bread so her grandchildren can eat.  Bailiff, collect the fine and then give them to the woman.”

The next day, New York newspapers reported that $47.50 was collected and given to a bewildered old lady who had stolen bread to feed her grandchildren.  Fifty cent came from the red-faced grocer, the rest from petty criminals, people with traffic violations, and police officers.  And for the privilege of giving, they gave the mayor a standing ovation.[1]

Throughout Galatians, Paul pounds home the message of grace.  Although the law is important, as LaGuardia demonstrated, it is inferior to grace, to God’s promises in Jesus Christ.  As LaGuardia paid the woman’s debt, Jesus has paid ours.  Today I will reading our text from the Message translation.  Read Galatians 3:19-29.

At the beginning of the classic movie, the Sound of Music, the Von Trapp family consists of a hosts of children and a widower father who is a strict disciplinarian.  These kids are bright, energetic and devious.  They have driven away all governesses hired by the father. Upon the scene comes Sister Maria, played by Julie Andrews.  She’s to be the governess over these unruly kids. She has her work cut out for her. When she is introduced to the kids, the oldest, Liesel, a girl of 16, announces that she no longer needs a governess.  Maria accepts her statement and says, “Well, then, I guess we’ll just be good friends.”  Later in the movie, when she finds herself in a tight spot with her father, and is saved by Maria’s intervention, she admits that she could use a governess after all.  And, as the movie progresses, they also become good friends.  Eventually Maria and Captain Von Trapp marry.  Maria becomes step-mother to the children.  Liesel may not have needed a governess or a babysitter any more, but she does find Maria’s presence useful as she struggles with becoming a young woman in a world torn apart with the rise of Nazism.[2]  The same could be said with our use of the law.  It’s useful like a governess, although not what’s ultimately important. 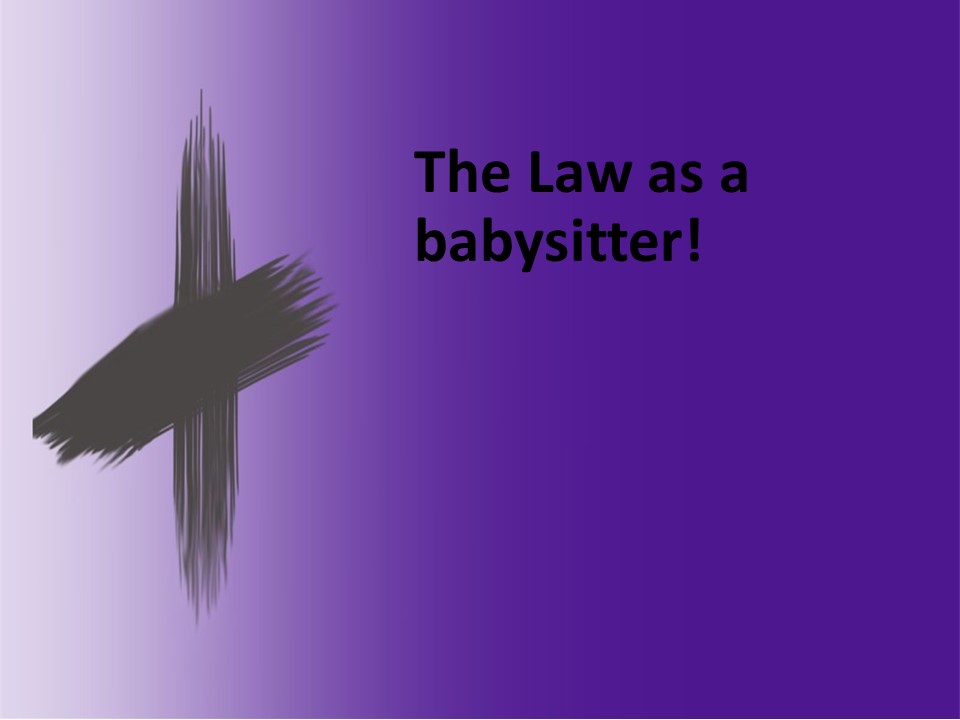 “So, what is the purpose of the law,” Paul asks in verse 19.  The law is a babysitter!  In this opening verse, Paul remarks how the law to help lead people until the coming of Christ.  The law helped check transgressions, keeping us from getting too far off track.  Paul later returns to this theme, in verse 24 and 25, using the analogy of the Greek tutors who were hired by wealthy families to assure their children were schooled.  The law was to keep us straight and focused, like Maria kept the kids in line, but it didn’t have the power to give us life, or salvation.  As God has promised all along, the day was coming when God, out of his gracefulness, was going to open up a way for us to mature into a relationship with himself.  The day was coming when the law would be written in our hearts.[3] Certainly, the law was “not a firsthand encounter with God.”  But, with Christ, we have been brought into a direct relationship with God.  When we have Christ in our hearts, the law is no longer primary.

An interesting thing we should realize about the law is that it was given to the Hebrew people at Sinai, after their deliverance from bondage in Egypt. Earlier in this chapter, in verse 17, Paul notes that the law came 430 years after the promise was made to Abraham.  Throughout Scripture, grace always precedes law!  God loves us before we even have a chance to love God!

According to the Second Helvetic Confession, which is in our Book of Confessions, the law was given to: 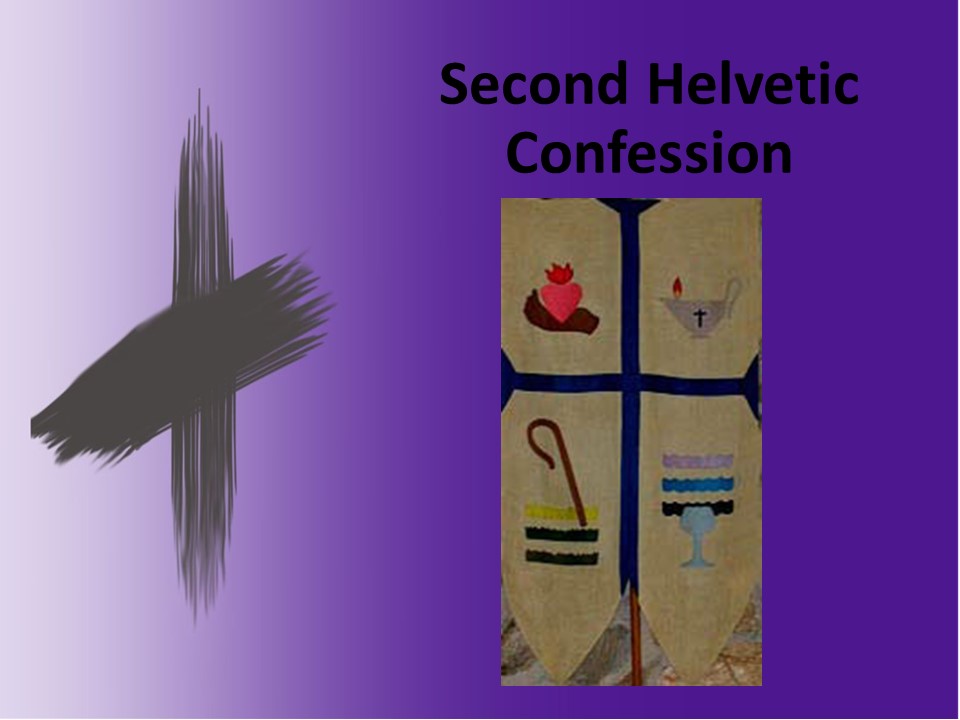 [T]each that this law was not given to men that they might be justified by keeping it, but that rather from what it teaches we may know (our) weakness, sin and condemnation, and, despairing of our strength, might be converted to Christ in faith. For the apostle openly declares: “The law brings wrath,” and, “Through the law comes knowledge of sin” and, “If a law had been given which could justify or make alive, then righteousness would indeed be by the law. But the Scripture (that is, the law) has concluded all under sin, that the promise which was of the faith of Jesus might be given to those who believe . . . Therefore, the law was our schoolmaster unto Christ, that we might be justified by faith”.[4]

The law as schoolmaster, or as babysitter or governess.  It has a purpose, to help us mature, but it does not bring us into salvation.  We are justified by faith in Jesus Christ.  Historically, Calvin outlined three uses of the law.  It brings us to where we can see our own sinfulness and our need of a Savior.  It help us to live more righteously as we strive to please our Savior.  And finally, for some outside of grace, the fear of the law serves to check their wickedness.[5]  The law can be useful, but it can never save us, as Paul drives home in these verses.

Now, if you remember, Paul’s purpose for writing this letter is that a group of Jewish Christians have come behind Paul and taught these Gentiles that to be Christians, there is more they need to do.[6]  Essentially, they need to become Jewish in order to be Christian.  In other words, they need to be bound to the law.  Paul is dead set against such teachings and he reminds the Gentiles the benefits we have in Christ.  This leads to Paul’s final point in this chapter, where he demonstrates our equality in Jesus Christ.  The old demarcations of society—gender, legal status, and nationality—are swept away. 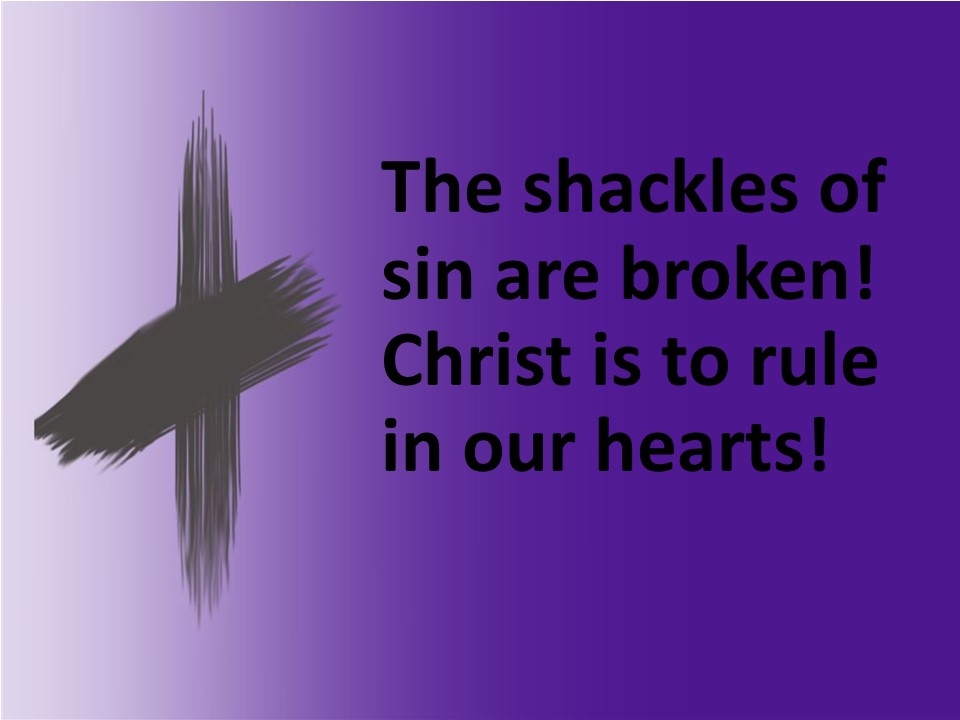 We now have unity and freedom in Christ.  No one is better than another or has a higher status.  Paul attacks this idea that Jewish Christians who keep the law are higher up in the pecking order.  That’s not the case.  Likewise, whether you are Greek or Roman or Jewish doesn’t matter.  In a patriarchal society, Paul destroys the distinctions based on one’s gender.  In a society where slavery is common, Paul destroys the distinctions between master and slave.  Because we don’t earn our salvation, but accept it as a gracious gift, Paul wants us to realize there is no hierarchy within the church.  None of us are any better than another.  We may have different jobs, but at our core, we are all sinners.  The difference between us and the world is that we’re sinners redeemed in Christ Jesus.  Others need to be redeemed, and our work is to share the message and to offer to the world a new vision of hope.  We are no longer to be shackled by a list of dos and don’ts.  Instead, we are to let Christ rule in our hearts as we strive to love as he loves us.

Never look down on another.  Let Christ shine from your hearts and you won’t have to worry about the burden of the law.  That’s the good news.  Amen.

[1] Story from the KERGYMA Program, Galatians and James: Faith and Work, which quoted it from William J. Bausch, A World of Stories, (Mystic, CT: Twenty-Third Publications, 1988), 233.