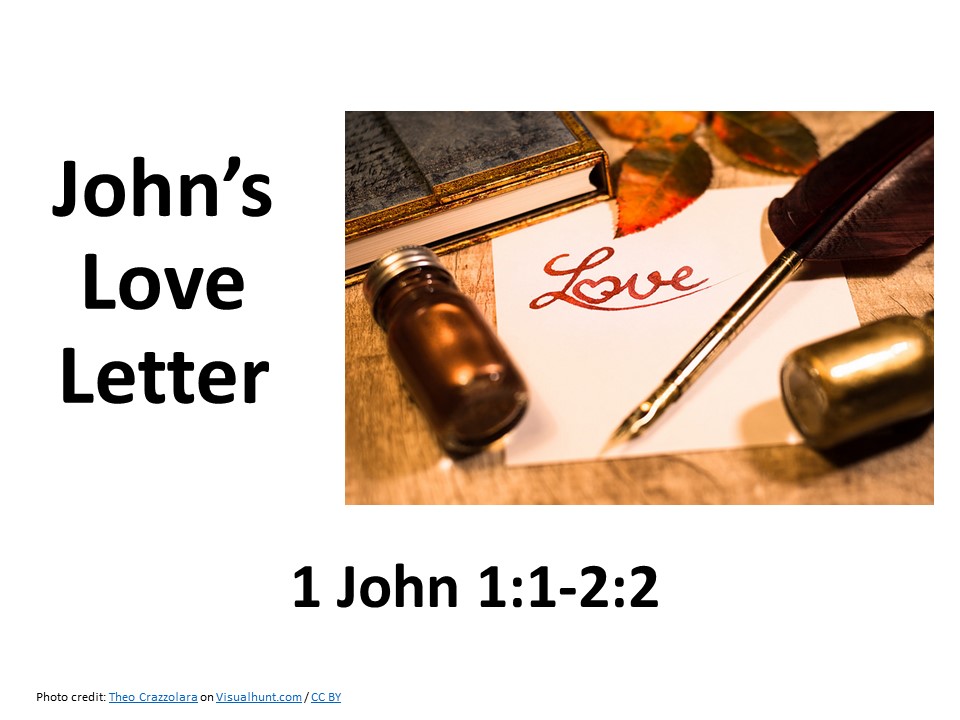 Today we’ll explore the opening of the 1st Letter of John. The letters of John have numerous similarities with the Gospel of John. Both begin talking about Jesus Christ as the eternal Word. As the Word, Jesus reveals God to us. Both use similar metaphors, such as connecting Jesus with light. He’s the light coming into the world, showing us the truth. This light shows us the right path but also exposes our flaws.

John did not write this letter just to give his reader a theological lesson. There’s something going on in the background that we don’t fully understand looking back from our perspective. You get a sense from reading this letter that people are leaving the fellowship. They are upset with what’s being taught and the way things are being done. As you’ll see in this letter, John thinks they’re wrong.

Some scholars believe those falling away from the fellowship may have been involved in an early church heretical movement known as Docetism, which comes from a Greek word meaning “to seem.”[1] Docetists believed Jesus Christ did not come in a real body, but only in a spirit form. Before the crucifixion, his spirit left his body. The doctrine refers to a belief that the humanity of Jesus was not real. Docetists saw Jesus as divine only; he only appeared human. According to them, Jesus was a divine being dressed up in human clothes, kind of like the Greek gods would sometimes do.[2] And if you remember those stories, when that happened, chaos erupted.

As people of faith, we believe that Jesus lived just like us. God became a human being in the life of Jesus, as a way to bridge the gap that exists between us and our Father in Heaven. Jesus came to show us how to live and how to get back on the wagon of eternal life.  Let’s listen to this passage.  1st John 1:1-2:2 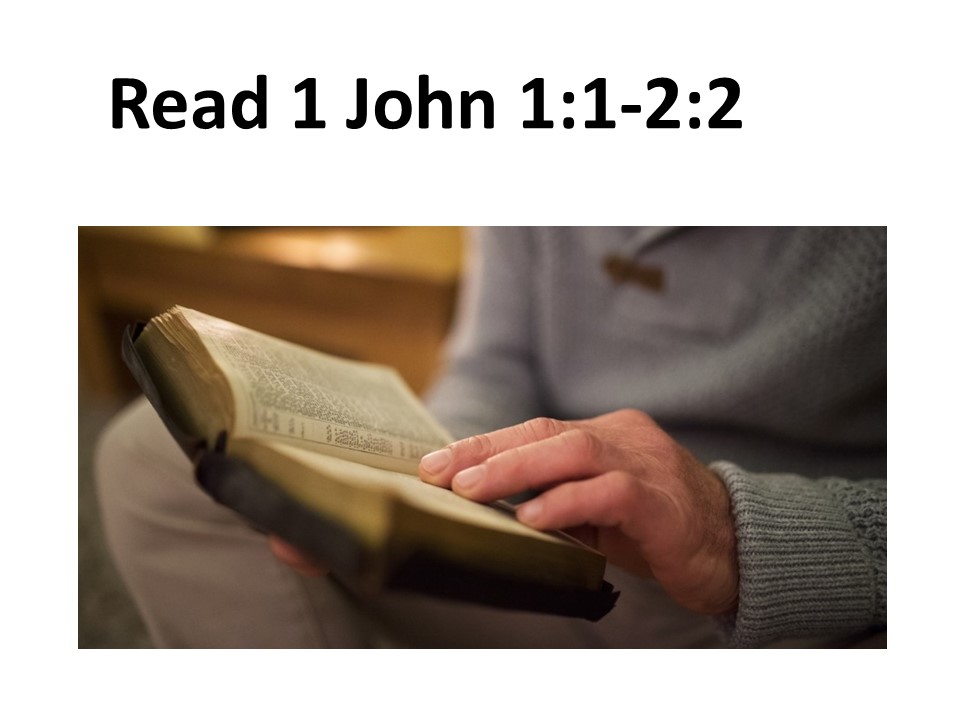 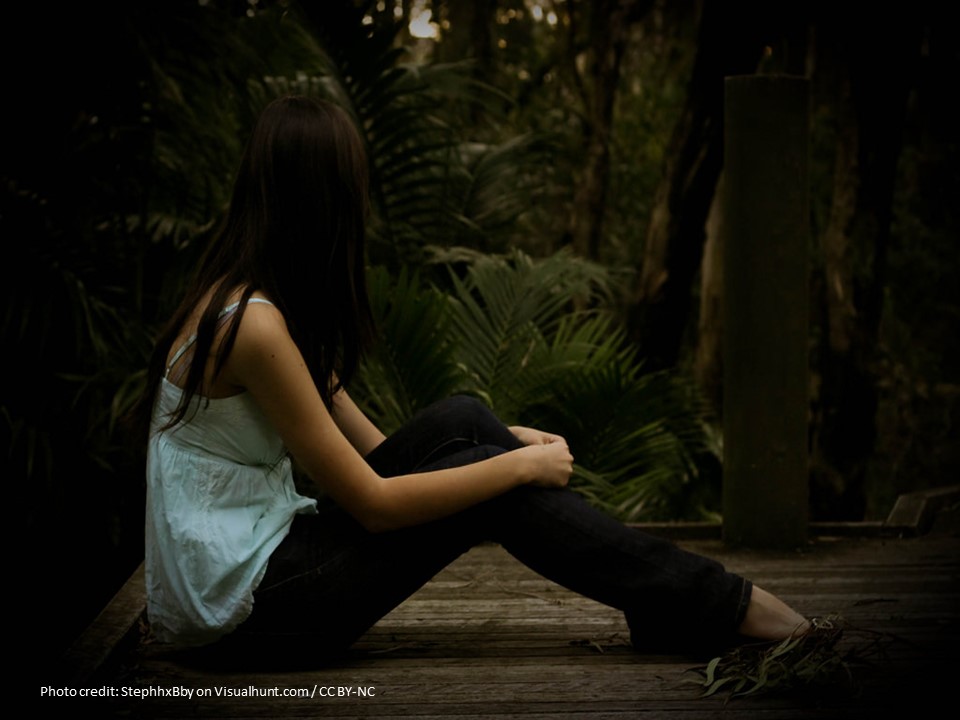 You know, being a teenager is tough.  And one of the toughest parts about being a teenager is being in love. Perhaps it’s because life seemed fairly innocent then. Your feelings and the intensity of your relationships seem so strong at the time. There this strong desire to connect, but you don’t know what to do with all these feelings. And such love, as we know since most of us have been through it, seldom lasts. Sure, there are a few people who fall in love when they are in their early teen years, and live happily ever after. But for most of us, these early relationships fail after a matter of weeks or months. 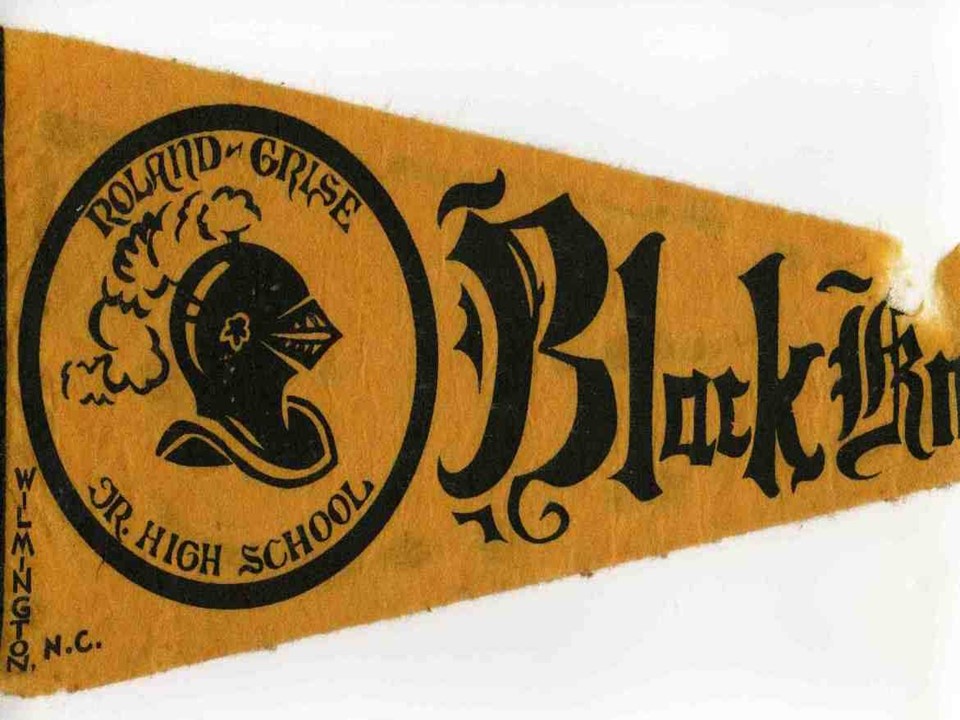 My first real love was Cathy, a dark haired Italian girl, who sat in front of me in my sixth grade class at Bradley Creek Elementary School. She had gone to Catholic school through fifth grade. In the sixth, she made the jump over to public school. Her desk was in front of mine. I spent days gazing into her long straight hair that sometimes laid over the top of my desk. As we wrapped up the sixth grade and entered Roland Grice Jr. High, home of the Black Knights, the two of us were an “item.” We were inseparable for the next year, except of course for when her brothers were around. They were a couple years older and loved tormenting me.

One day, trying to act big and bad, I did something incredibly stupid. Cathy took offense and broke up with me. I was so devastated I drew upon all the literary skill I possessed as a 13 year old and wrote a letter to her to woo her back. I admitted mistakes and promised her the moon. We talked, but we never got back together. Soon, we went our separate ways. Summer break was just a few weeks away. The next year, due to the district’s realignment, she was in another school and we lost track of each other.

I’m sure some of you have had similar experiences in your own relationships, especially as a teenager. You may have even written letters from a broken heart. 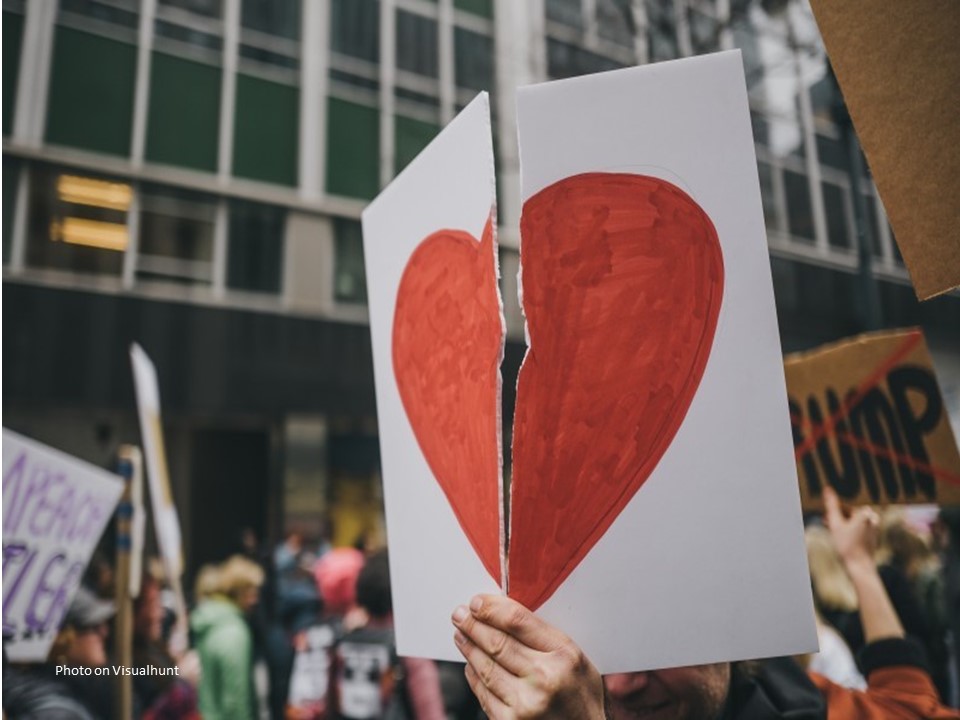 John’s letter may have been written from a broken heart.[3] There seems to be grief in the opening paragraph. In the fifth verse John says, “We are writing these things so that our joy may be complete.” This expresses his sentiments. He’s concerned because there are those within the community of faith who have fallen away. They’re not holding close to the teachings of the Apostles. It breaks John’s heart. One of the strongest desires for us as human beings is a desire to be with others. When those we love and care about—whether a boyfriend, girlfriend, good friend, or someone we sit in the pews with—are no longer there, there’s a gaping hole in our hearts. How could John and his congregation feel joy without those they loved? 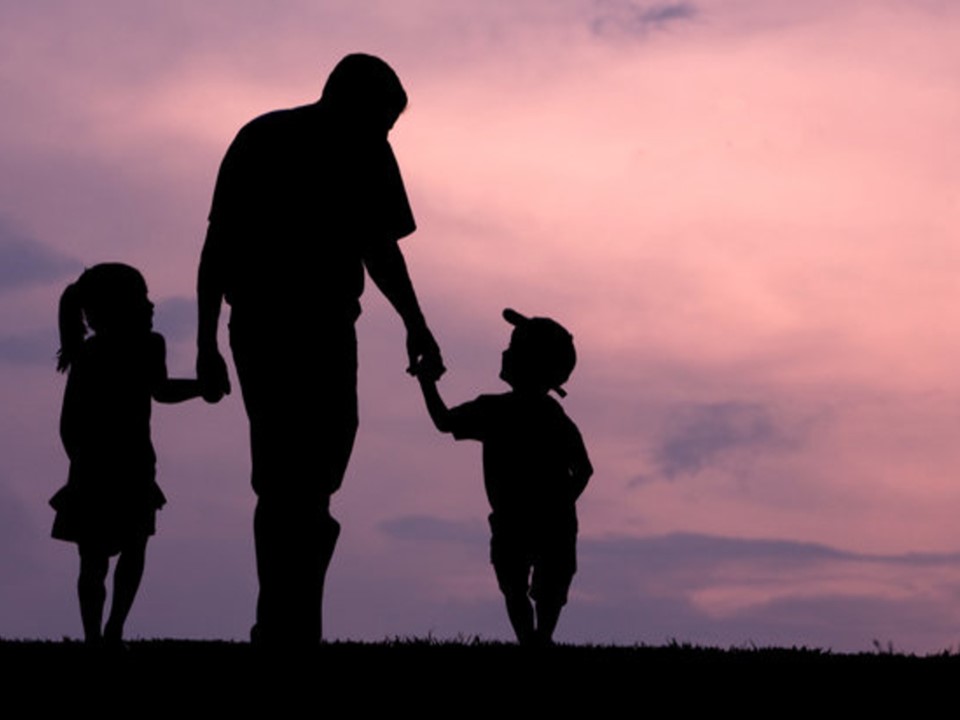 John writes out of concern. His letter is filled with examples of this love.  He encourages the believers to have such love for one another. Jesus Christ showed us how to love and we’re to emulate it. When we are bound together in that love, we have joy. We don’t always have happiness, we may not always have all that we want or desire. But we can have joy when we know we are living as God would have us live.

“Restore to me the joy of thy salvation,” David prays in the 51st Psalm.[4] This is what John hopes will happen. Salvation is not just having a room reserved in heaven; salvation is about the restoration of relationships. John wants those who have fallen away to come back, and he wants those who are still part of the fellowship to stick together. 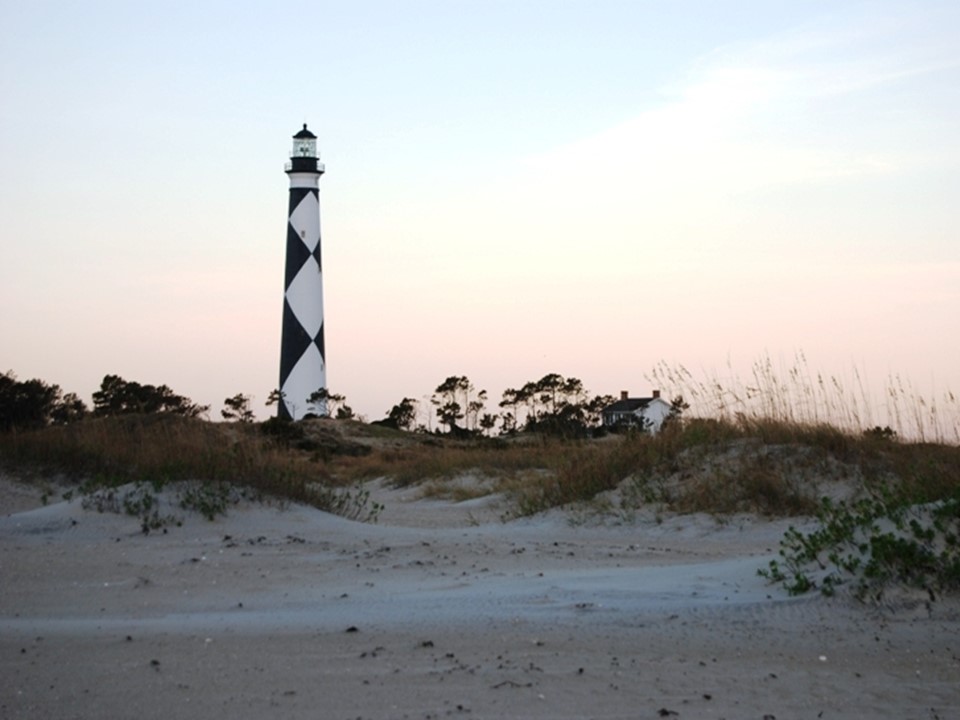 From the text we read this morning, the first four verses deal with John reminding his readers that they are witnesses to what God has done for them in Jesus Christ. Then, in verse 5, he shifts a little bit, and talks about the message of Christ, comparing it as in the Gospel of John to the coming of light. When we’re drawn into that light, our sins are exposed and we are therefore able to be cleansed and live in the light. But he warns, that if we long for the shadows, we deceive ourselves and others. 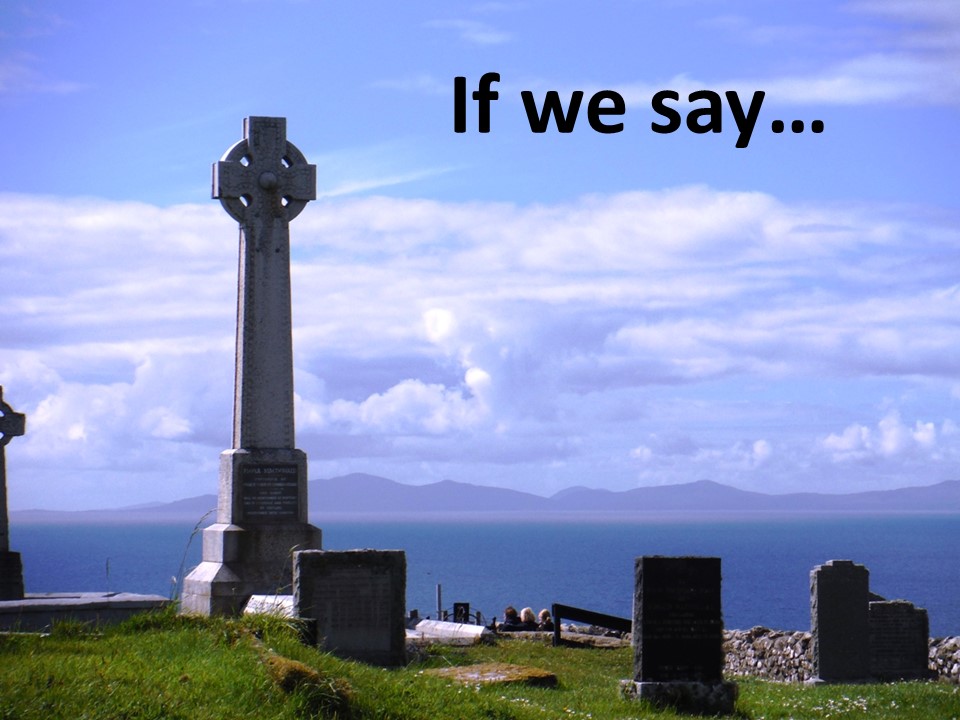 Three times in this passage, John begins, “If we say”, and goes on to expand upon a particular heresy or sin, which he refutes while continually offering the possibility of redemption. First, if we say we have fellowship, and we continue to walk in the darkness, we’re not doing what is true. But, if we walk in the light, we can be cleansed by the blood of Christ. Second, he says if we have no sin, we are deceiving ourselves, and we have no truth within us, but if we confess our sins, he who is faithful (Jesus Christ) will forgive and cleanse us. Thirdly, when we say we have not sinned, we’re making Christ into a liar, and his words are not in to us, but if anyone sins, we have an advocate.

John does not desire for people to sin, but he realizes sin is a reality in our world, and he wants to assure us of the redemption available through Jesus Christ. The possibility available from Jesus Christ through the confession of our sins and acceptance of his grace and love is that we’ll be forgiven. Christ has atoned for our sinfulness. Not only for our personal sins but for the sins of the world.

Expanding this thought about the reality of sin, John highlights the problem of hypocrisy. Hypocrisy is where our actions don’t jibe with our words. And sadly, at one time or another, all of us here, myself included, have been guilty. But it is a serious problem because it makes us, the church, look bad. 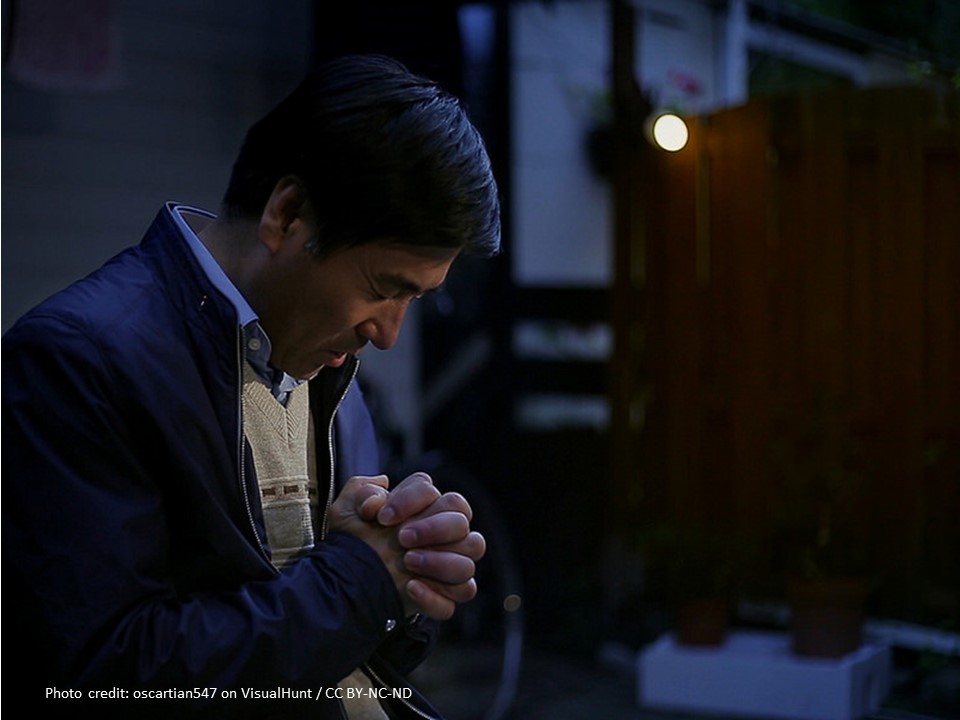 Thankfully, there’s Jesus who came to show us the way.  John lifts up the purpose of Jesus Christ, who came as a human being, who was sinless, and who offered up his body on the cross to atone for all of our sins. Three things: the reality of sin, the danger of hypocrisy, both of which drag us down, and the redemption of Jesus Christ that lifts us up and offers us hope to get out of the hole we’ve dug for ourselves.

John reminds us that being good enough is not the goal. We can never be good enough. Instead of worrying ourselves to death about being good, John reminds us that Jesus has made us a good offer. Confess, step out into the light, and accept his grace, his forgiveness. If we do this, we don’t have to worry if we’re good enough. We can rejoice that in Jesus Christ, we’re righteous and are free to do God’s work in a way that will make the world a better place. 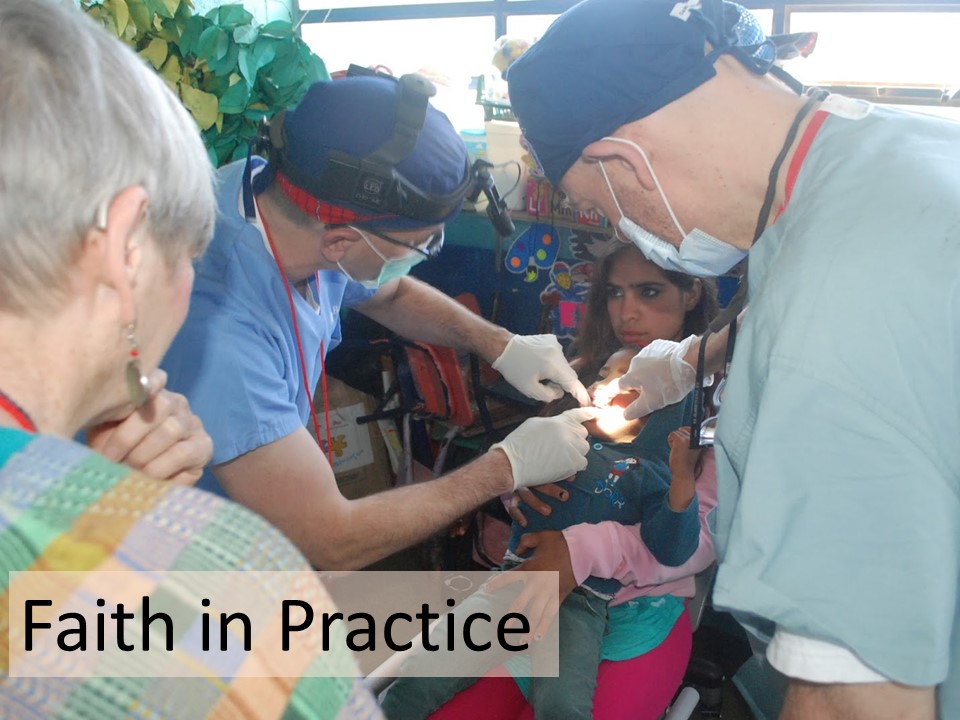 With the idea of us being freed to do God’s work, let me talk for a moment about Faith in Practice. I like the name of this group our congregation partners with for mission work: “Faith in Practice.” We don’t do mission work so that we can be good enough or to earn more brownie points to help us overcome all the demerits we have in God’s eyes. Instead, having been freed in Jesus Christ, we can support and participate such work out of gratitude for what God has done for us. Our mission efforts is a way we practice living out our faith.

When I was with Faith in Practice in February, I was with a team going out into the countryside. While the team did all kinds of medical check-ups including some procedures, much of the work they were doing was seeing patients who might need surgery, often provided by the surgery teams in Antigua. 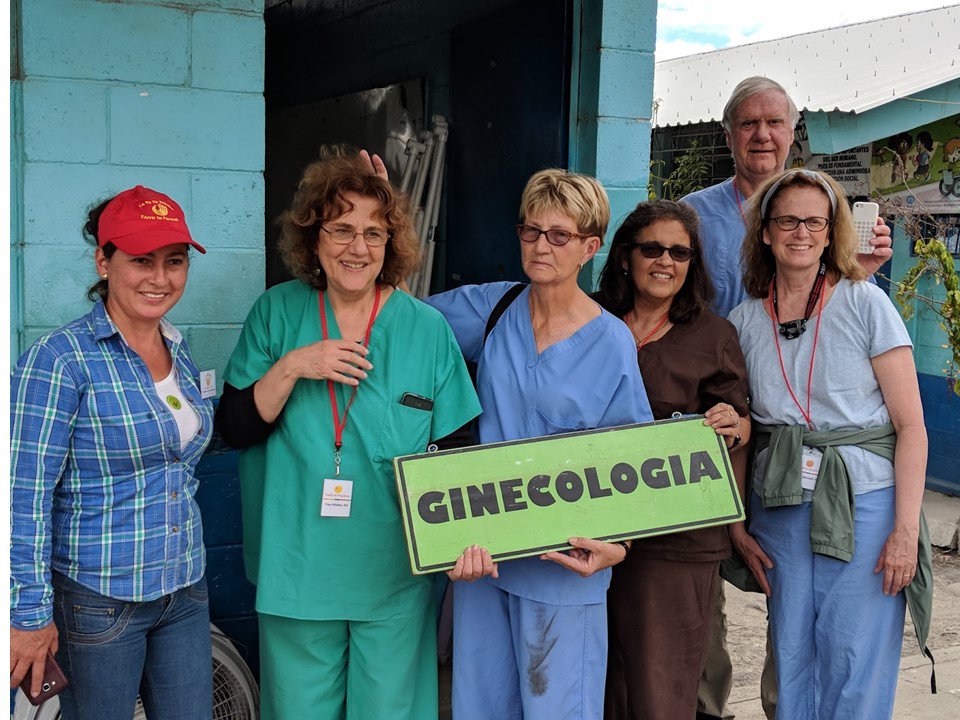 On the second day in the village of Monjas, a small town in Southeastern Guatemala, a young woman of 17 came into the clinic. She looked as if she was going to give birth at any moment, but insisted she was not pregnant. Just looking at her, Dr. Aileen wasn’t so sure. She had her tested. To the physician’s surprise, she wasn’t pregnant. Then, because we had ultrasound equipment with us, the doctor was able to identify a huge fibroid growth in her uterus. This was a critical situation, for it was so large that if it ruptured, she would likely die before she could get treatment. As the doctor explained, in America it would have never got that far, that critical, without someone taking care of her. The staff of Faith in Practice made arrangements for her to be immediately taken to where she could have life-giving surgery. That’s the kind of things that can happen when people live out their faith. We’re not all gynecologists, but we all have gifts that we can use to make the world a better place. Your contributions and prayers helped save that young woman’s life. 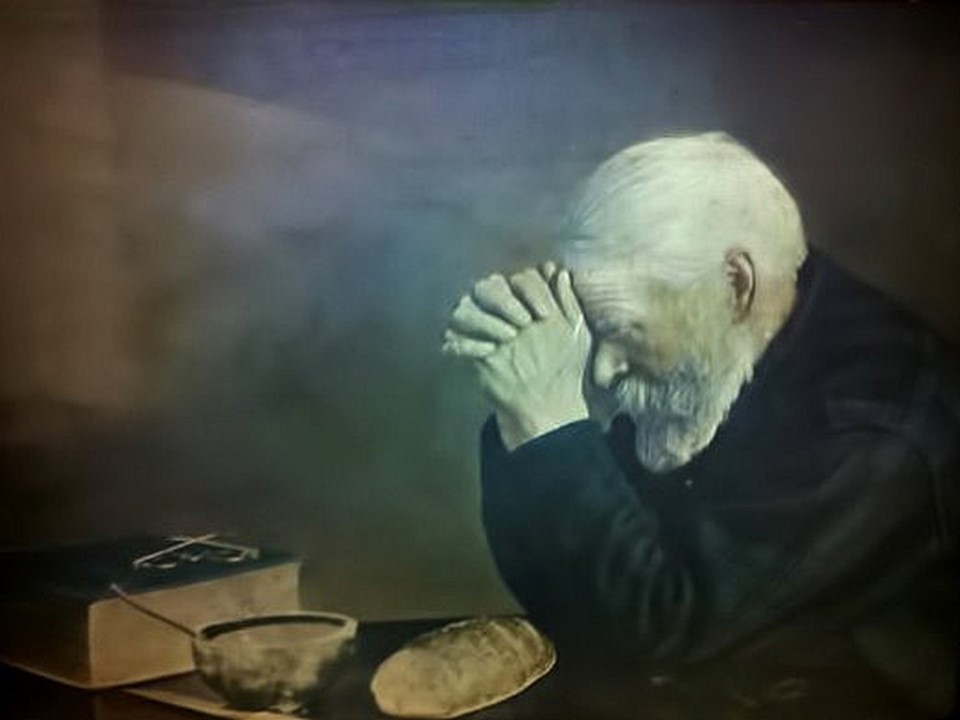 John encourages us to act nobly. We’re to show our beliefs by what we do and how we act. Do we love one another, do we show the love of Jesus Christ? Of course, we’ll mess up now and then. But we don’t have to fret over it. God, through Jesus Christ, is a forgiving God. God desires us to live for Christ, and when we are united with Christ, we are cleansed to be a part of his community and to do his work in the world. Amen.

[3] The idea that the letter is written from a broken heart comes from a sermon by Jana Childers on this passage, “That Our Joy May Be Complete.”

[4] Psalm 51:12.  This Psalm is attributed to David after his affair with Bathsheba.  In Psalm 51, the desire is for ones relationship to God be restored.