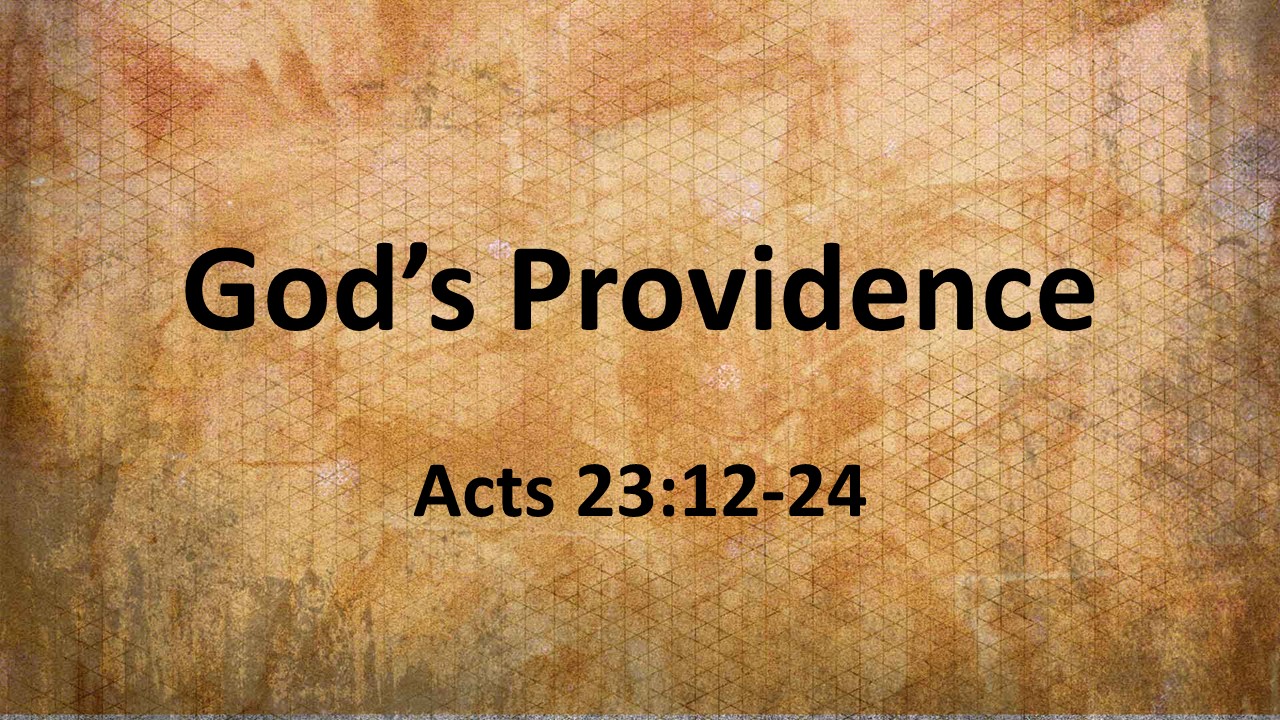 We often pray to God for help and protection. At least, I know I do. Hopefully you also trust the Lord enough to bring your troubles to him in prayer. But just how does God help and protect us? How are we saved? Not just from our sin which is through faith in the grace of Jesus Christ, but how are we saved from the danger we face daily? We’ll see an answer to this question in today’s text and sermon. God’s intervention into our lives is not always a supernatural event.

Last week, Paul was taken by the Romans to the Sanhedrin, the Jewish leaders in Jerusalem. The Roman commander is curious as to what they have against Paul. He doesn’t find out anything except that the crowd is about ready to tear Paul apart. The Commander orders Paul to be brought back safely to the barracks. That night the Lord came to Paul and assures him that he has done well and will now be allowed to take the gospel message to Rome. This is where we will pick up our reading.  Read Acts 23:13-24. 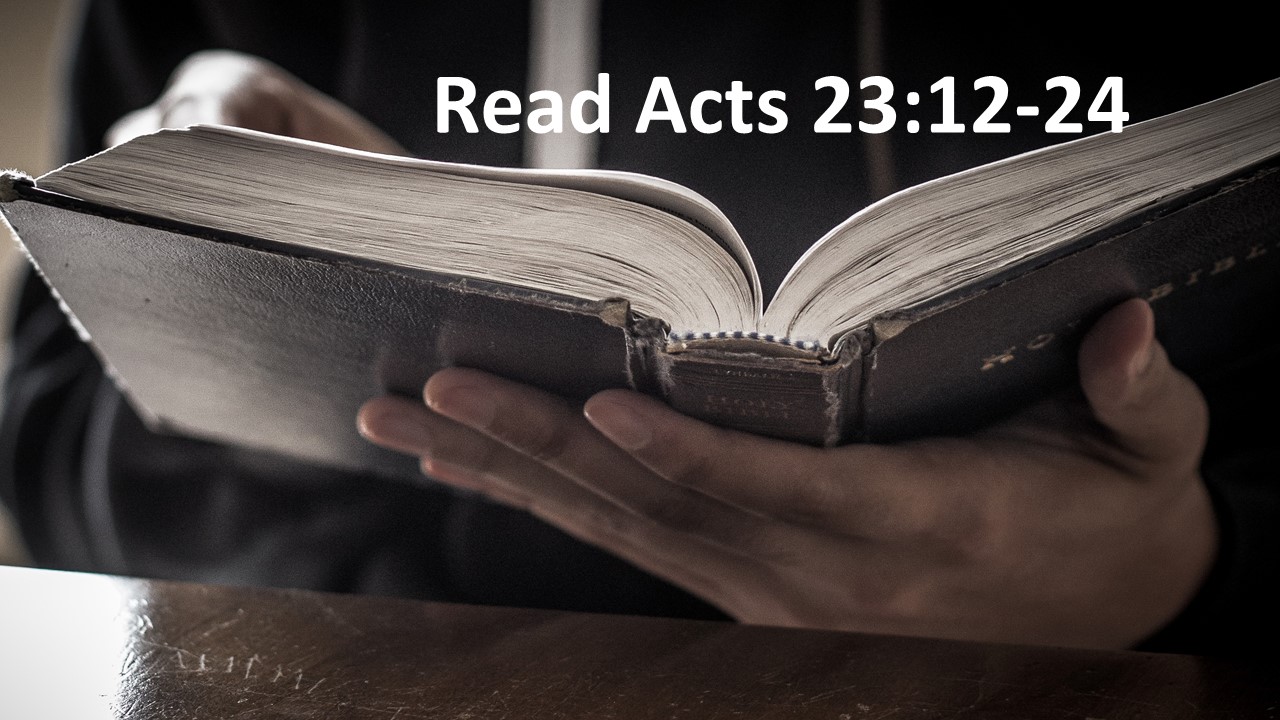 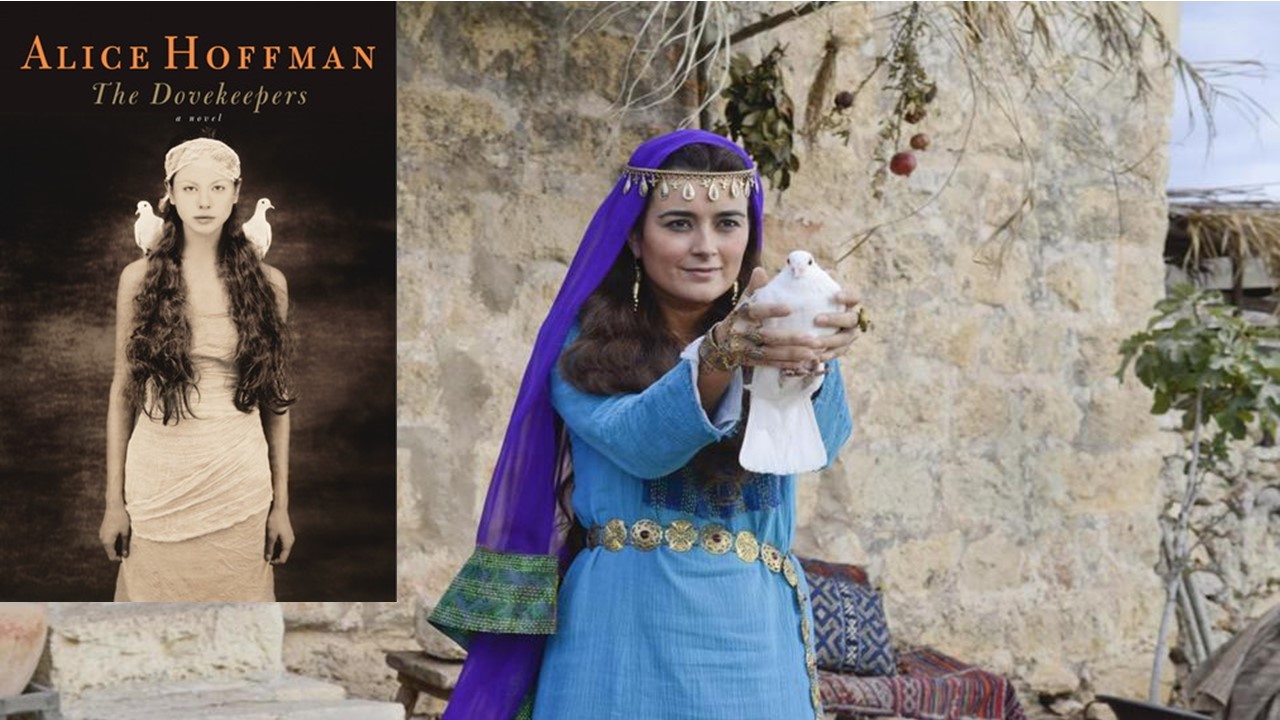 In Alice Hoffman’s wonderful novel, The Dovekeepers, we meet four women whose lives intersect in Judean desert, at Masada, after the destruction of Jerusalem in 70 AD. One of the women is Yael. Her mother died when she was born. The lost broke her father’s heart and he often took it out on her. Her father, who was also devotedly religious despite his treatment of his daughter, was an assassin. Toward the time of the Jewish revolt against Rome in 66 AD, there were so many assassins that they could have formed a guild. These assassins did what they could to revenge deaths, to take out enemies, and to eliminate those who were too friendly with the Romans. They did their work in the dark, quietly and stealthy. They were feared for they could do their deed and slip away before anyone had an idea that a knife had been stuck into the back of their prey. 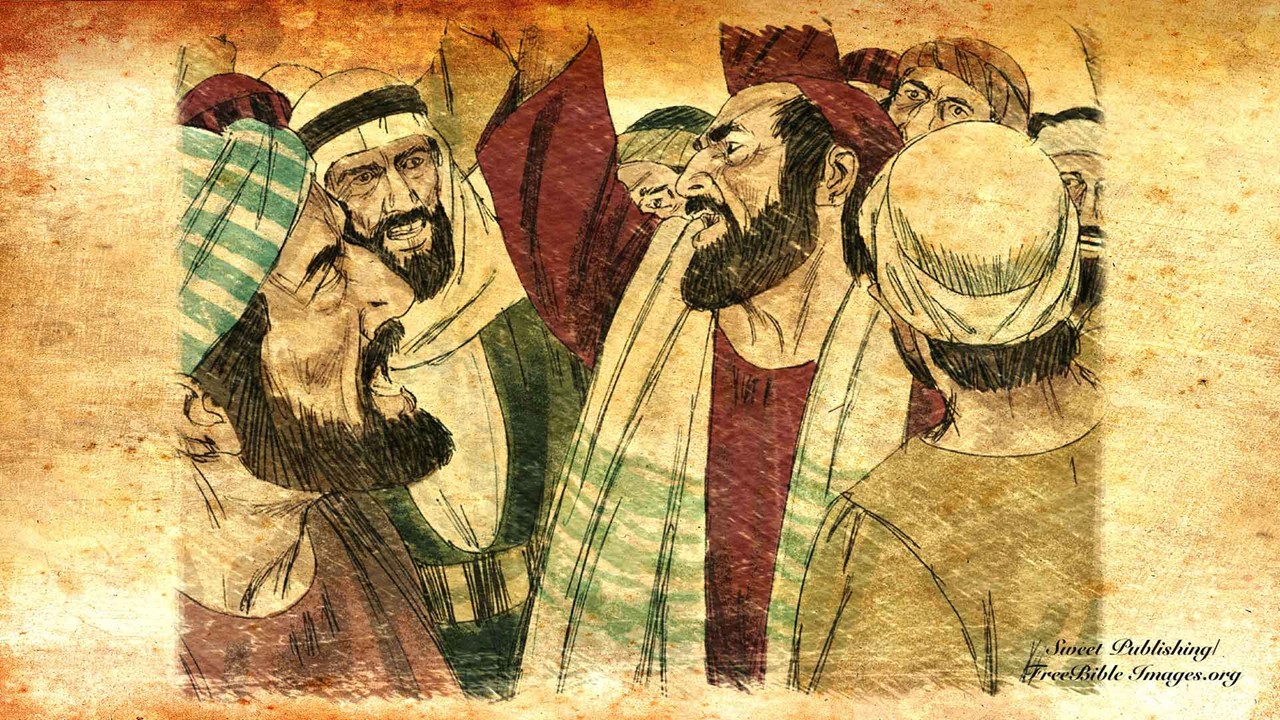 With this background, it doesn’t seem so surprisingly that there were 40-some assassins willing to sign up to do-in Paul. They felt Paul was a threat to their faith and they set out to have him killed. They even took an oath not to eat or drink before Paul’s dies. These guys are serious. With Paul being guarded by the Romans, they are willing to risk their own death and the death of many of their comrades. Getting to Paul, when he was surrounded by Romans, wasn’t going to be easy or something they could stealthy do. It was an assignment that could be fatal. 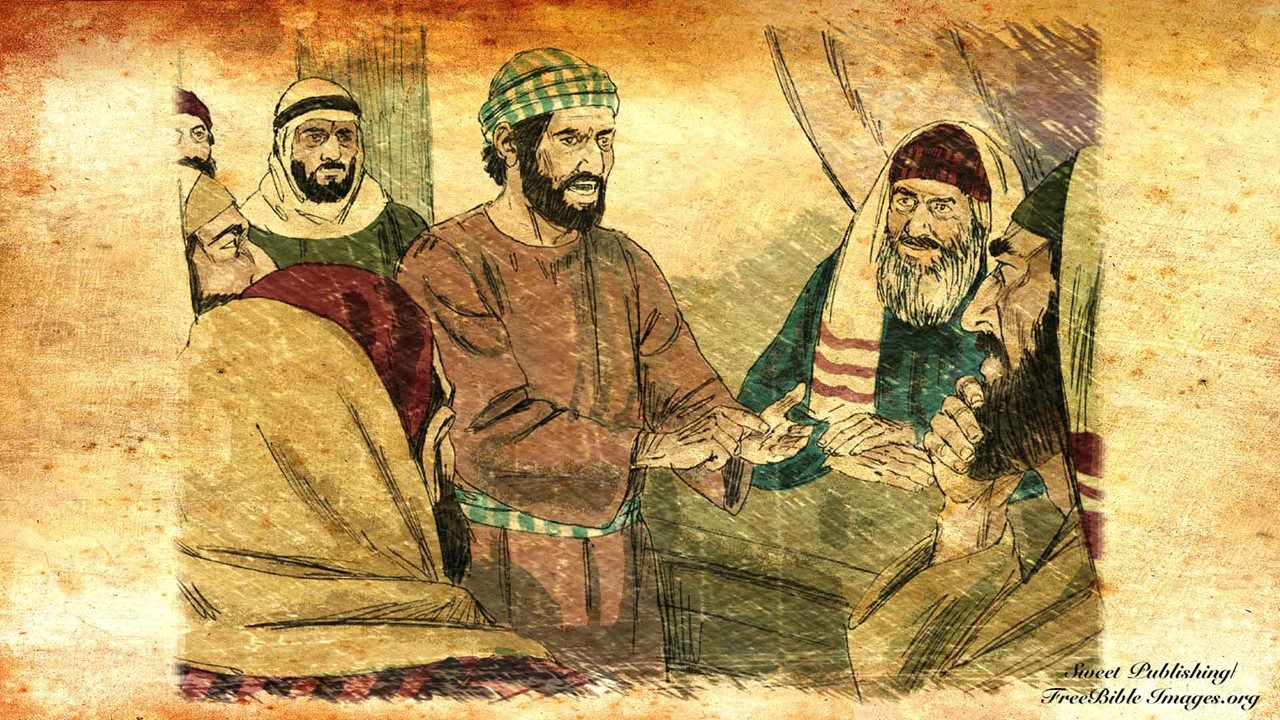 With so many people out to get Paul, we now turn to how God protected the gospel’s best known missionary to the Roman world. The Bible is full of stories of God aiding his people. God gave Moses the skill to confront Pharaoh, the ability to drown his army, stopped the sun at Gibeon so Israel’s armies could finish the battle, and fire from heaven consumed not just Elijah’s sacrifice but also the prophets of Baal.[1] But those are extraordinary events. Most often, God answers our prayers in a non-supernatural matter. 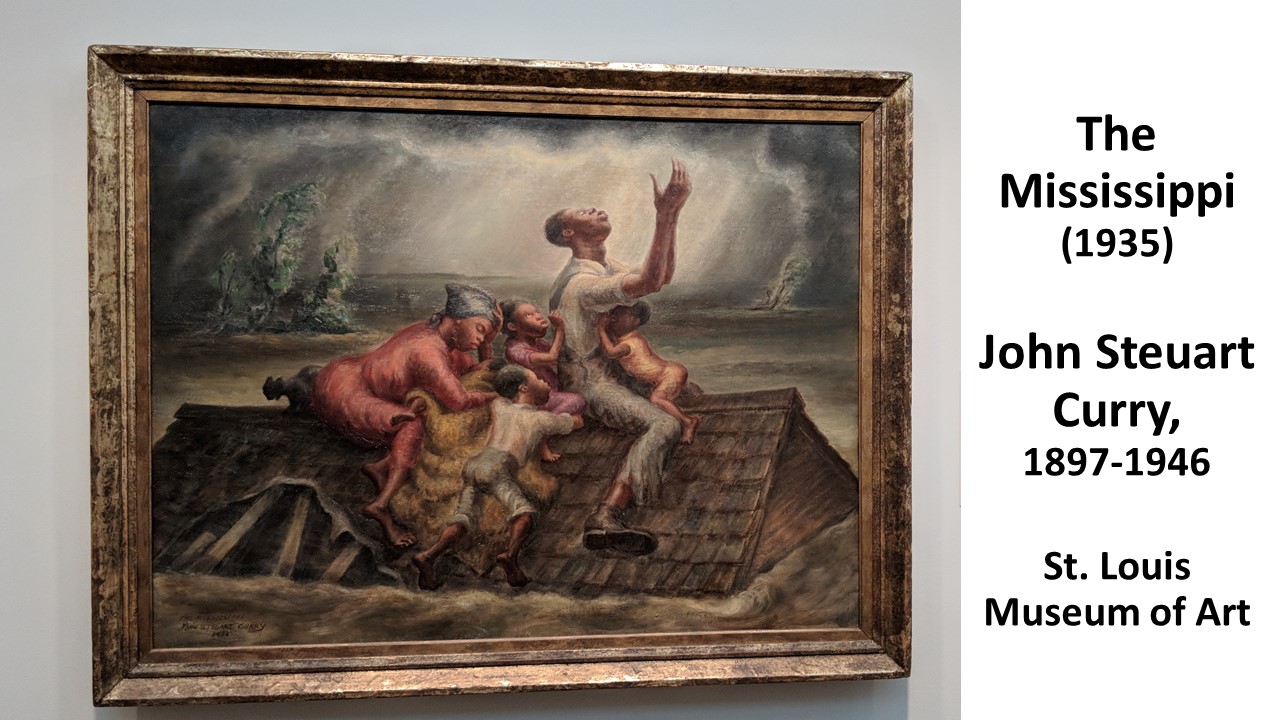 There was a man and family who climbed up on the roof of his house during a flood. When they were all safe, they joined hands and prayed for God to deliver them. Pretty soon, a neighbor came by with a row boat offering to take the family to safety. “Nah,” the man said, “God will take care of us.” Later, a sheriff deputy in a rescue boat came by and the man waved him off saying, “God will take care of us.” The water kept rising, but he waved off the Coast Guard’s helicopter that hovered overhead. When the man arrived at the Pearly Gates later that night, soaking wet, he asked God why prayers were not answered. And God said, “What more did you want? I sent a neighbor, a sheriff deputy, and a helicopter…”

While God can perform miraculous deeds, most of the time God stays behind the scene as he did when he saved Paul from the assassins. The heathen Romans might seem an unlikely source of salvation, but God used them to provide safety for Paul. 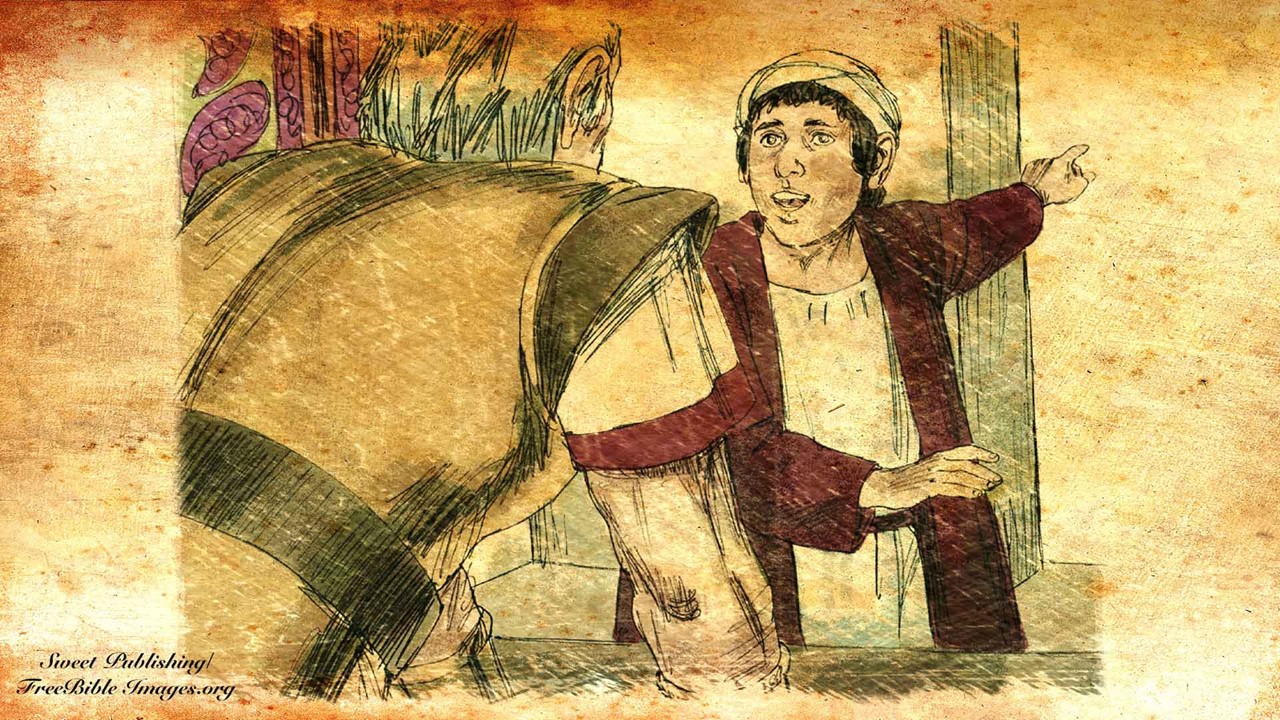 You know, we don’t know a lot about Paul’s family. But here, in this text, we have just a glimpse as we learn that Paul has a nephew in Jerusalem. Perhaps he is studying there, as Paul did. Anyway, this young man get wind of the conspiracy against Paul and shares this information with Paul. The fact that Paul can freely receive visitors shows how the Romans are not treating him like a common criminal. Paul has his nephew share his information with the Roman commander. The commander knows it is not safe for Paul to be in Jerusalem. Furthermore, he knows that if Paul, a Roman citizen, dies while in his custody, there would be trouble for him. The commander makes plans to move Paul to Caesarea, a Roman city on the coast. There, Paul would be much safer.[2] 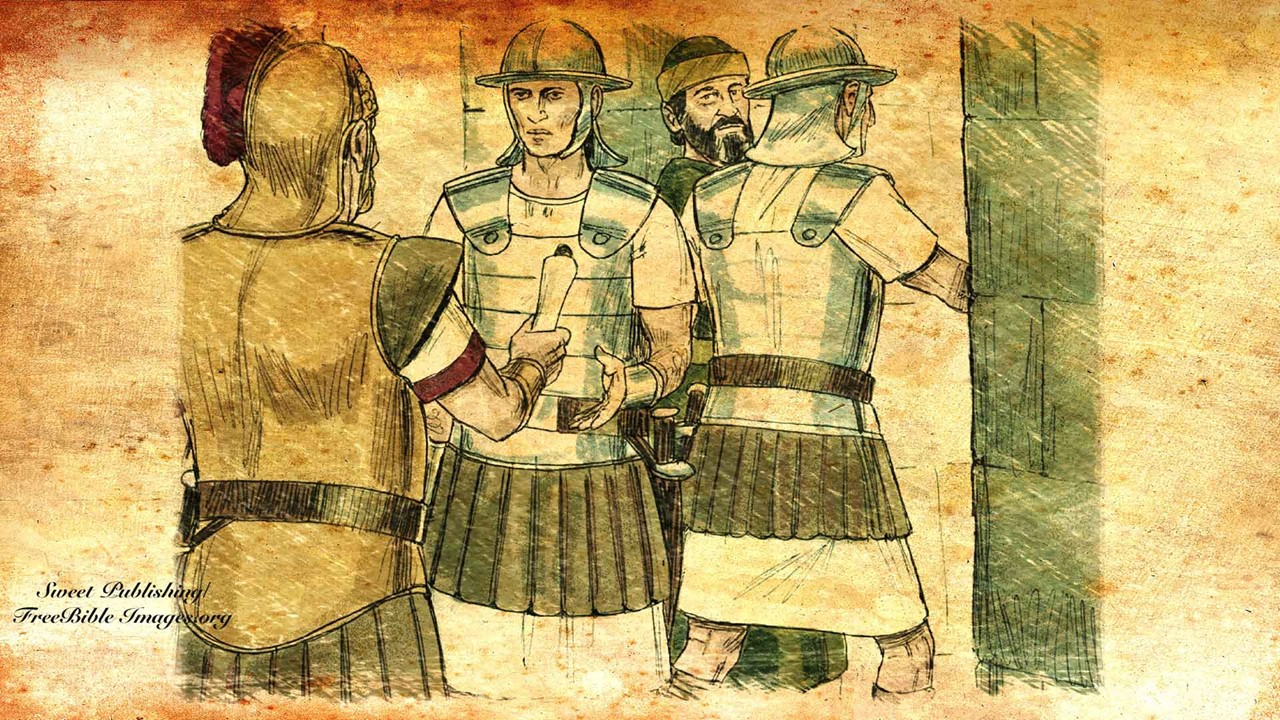 As I tried to emphasis earlier, things in Israel at this time are unsettled. Because there’s a large group of hidden assassins operating undercover, the Romans are not taking any chances. Had it been anyone else, they would have problem sent them to Caesarea with just a few guards, but because there is the possibility of a real battle, the commander orders 270 soldiers into action. 70 are on horseback, and Paul is riding in the midst of them. Surrounding them are 200 soldiers with spears. The assassins will have a hard time attacking this group and perhaps that was the commander’s idea. Or perhaps, because Paul is riding in the middle of the group, the assassins might not think anything of this detachment, not even knowing that Paul is among them. It was just the army conducting military exercises, something they’d all seen before.[3] 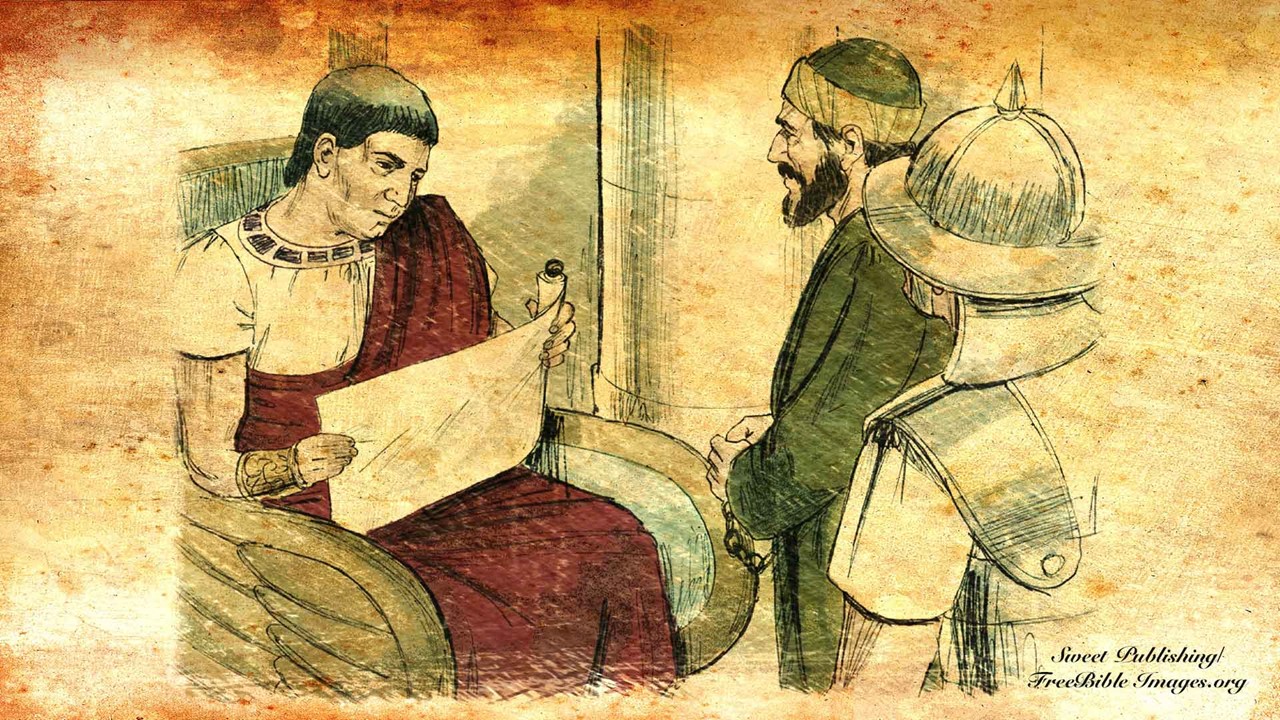 This contingent of solders travel throughout the night. This is not the first time Paul has to slip out of a city at night. Early in his ministry, after his conversion on the way to Damascus, he had to slip out of that city, being lowered from a window in the wall under the cover of darkness, in order to avoid death.[4] This time Paul isn’t alone. He is surrounded by soldiers. The foot soldiers march through the night and when they are safely away from Jerusalem, they return to the city while Paul and the mounted soldiers continue on. They deliver Paul to Felix, who is the head of the Roman government for this region. 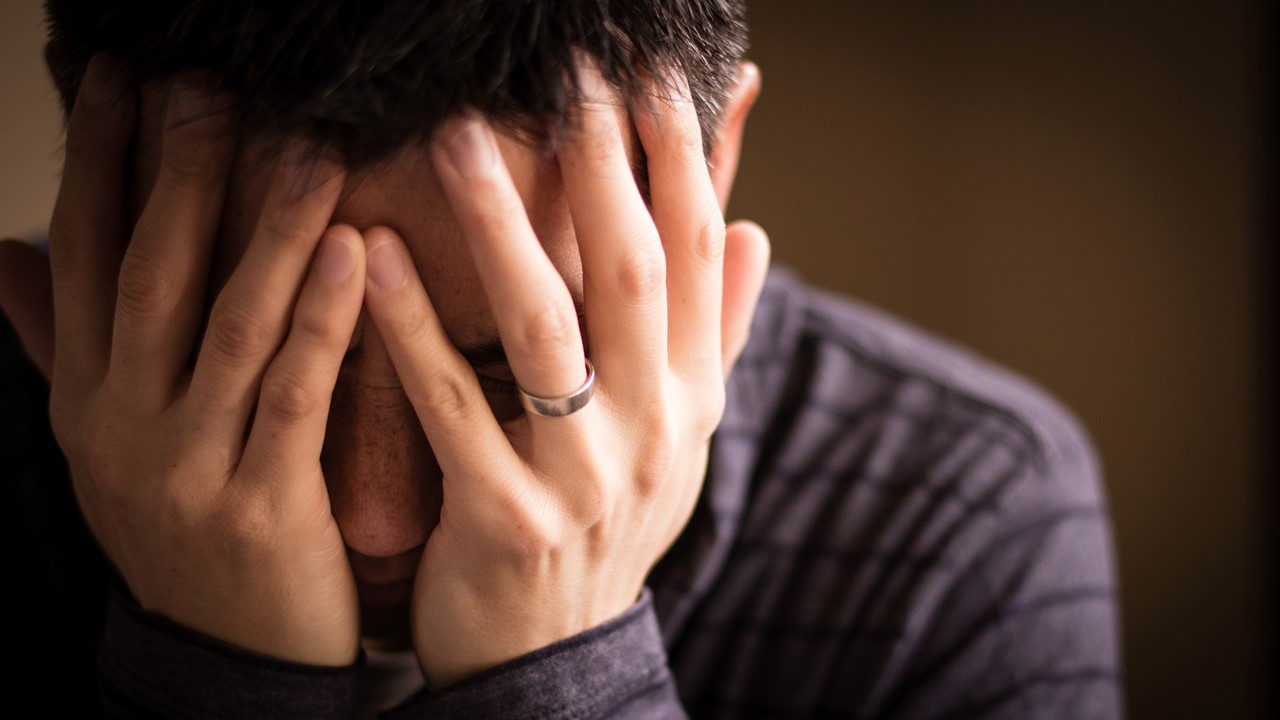 As you look back over your life, do you see ways in which God has been there working to save you from disaster? I bet if you spent some time thinking about it, you’d come up with something. Last week I told a story about not taking a call that, in hindsight, I knew would be a disaster. I remember once hitch-hiking to get back to my car after a four day backpack in the mountains of Idaho. I thought for sure this open air jeep would pick me up, but he speed past me and, after I did get a ride, we came upon the overturned jeep burning beside the road. I was saved and didn’t even know it to later.

Perhaps God saved you from entering a toxic relationship or accepting a troubling job or saw that you were out of the way before tragedy struck. Think of the blessings those workers in the Twin Towers who were running late on 911 must have felt. Hopefully they have pondered what God wants them to do for the rest of their lives? Often times, we don’t see God’s hand moving in our lives, but it is there. Certainly, we are not saved from everything, but if God has something for us to do, we will be protected. 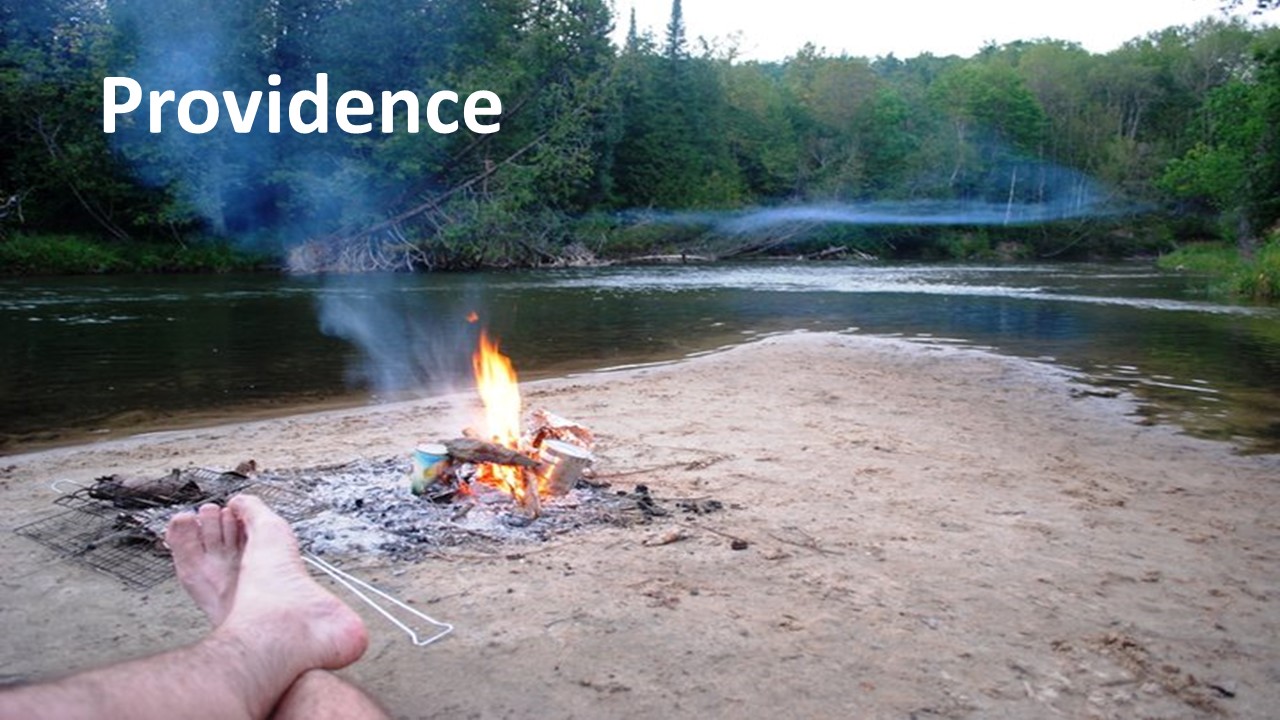 The theological term for all this is providence. Of course, this word derives from the word “to provide.” As a good shepherd keeps his flock safe, God’s providence provides for his people. Now this doesn’t mean that things will always go the way we would like, but it does mean that God is there watching over us just as God was there to watch over Paul. Paul still has a mission, he is to preach in Rome! And God was to make sure this would happen. 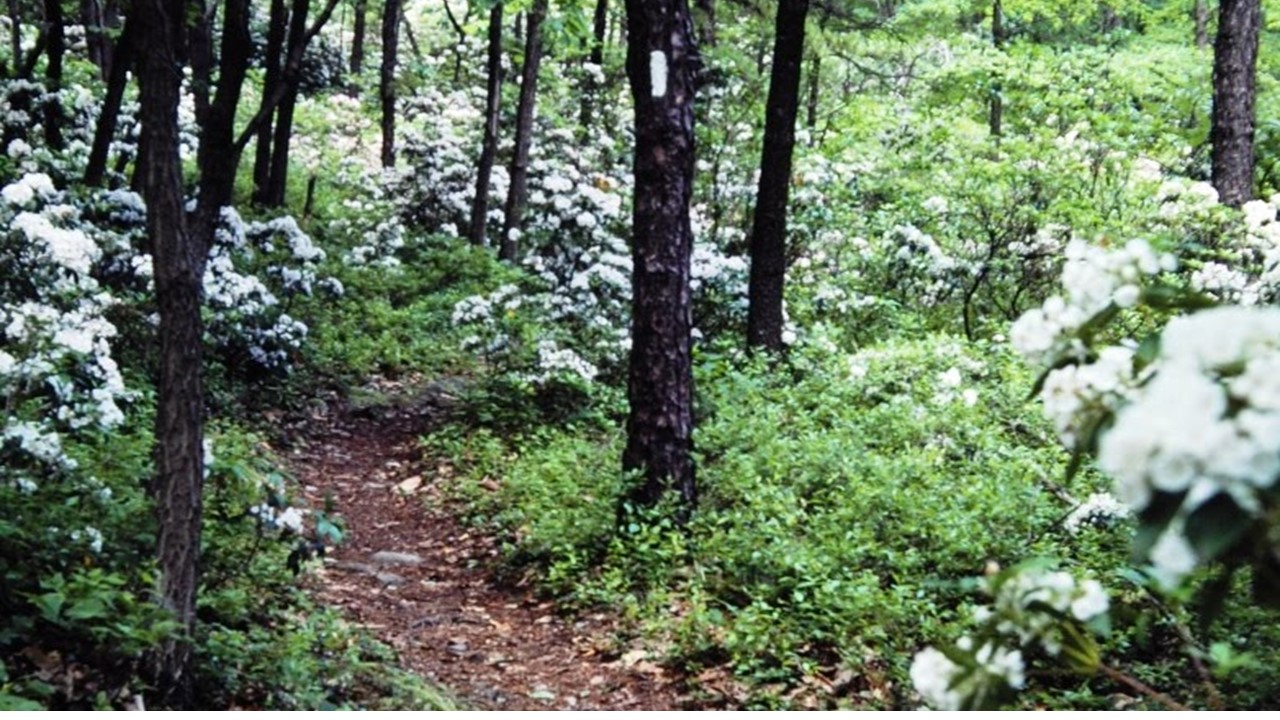 You know, shortly after hiking the Appalachian Trail someone asked me if I had met God along the trail. My response was that I had not seen any burning bushes, but that I had experienced some incredible sunrises and sunsets, seen some incredible place, met many wonderful people, and had found the strength necessary to complete the walk. Yes, God was there, and God is here. We often fail to see God’s hand guiding and protecting us, but his hand is there. Instead of lightning bolts and miraculous deeds, God often works quietly and behind the scenes, using natural events and things at hand, such as the Roman Empire, to carry out his work. 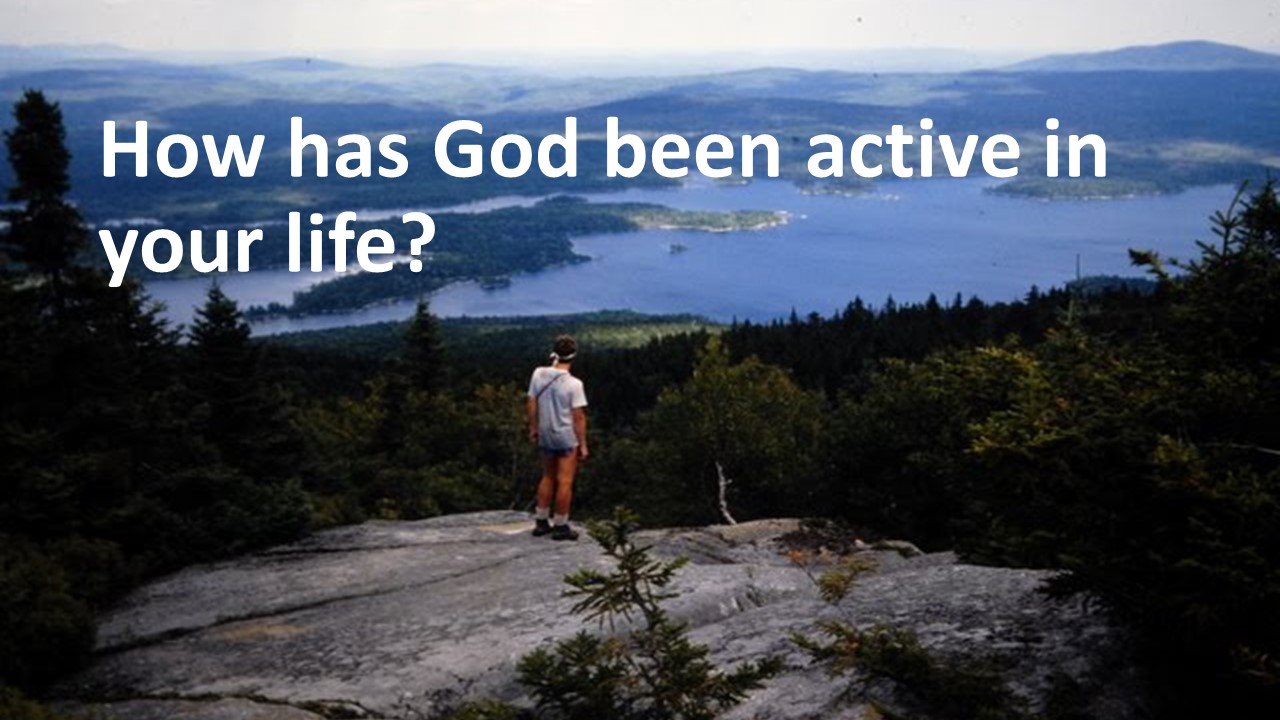 This week, think of how God has been active in your life. What do such stories tell you? Hopefully they increase your willingness to praise and give thanks to God. In addition, such stories should strengthen your testimony. It’s important for us to recall them so that we can tell others of how God has been active in our lives. I promise, we don’t always see it, but God is working behind the scenes. Amen. 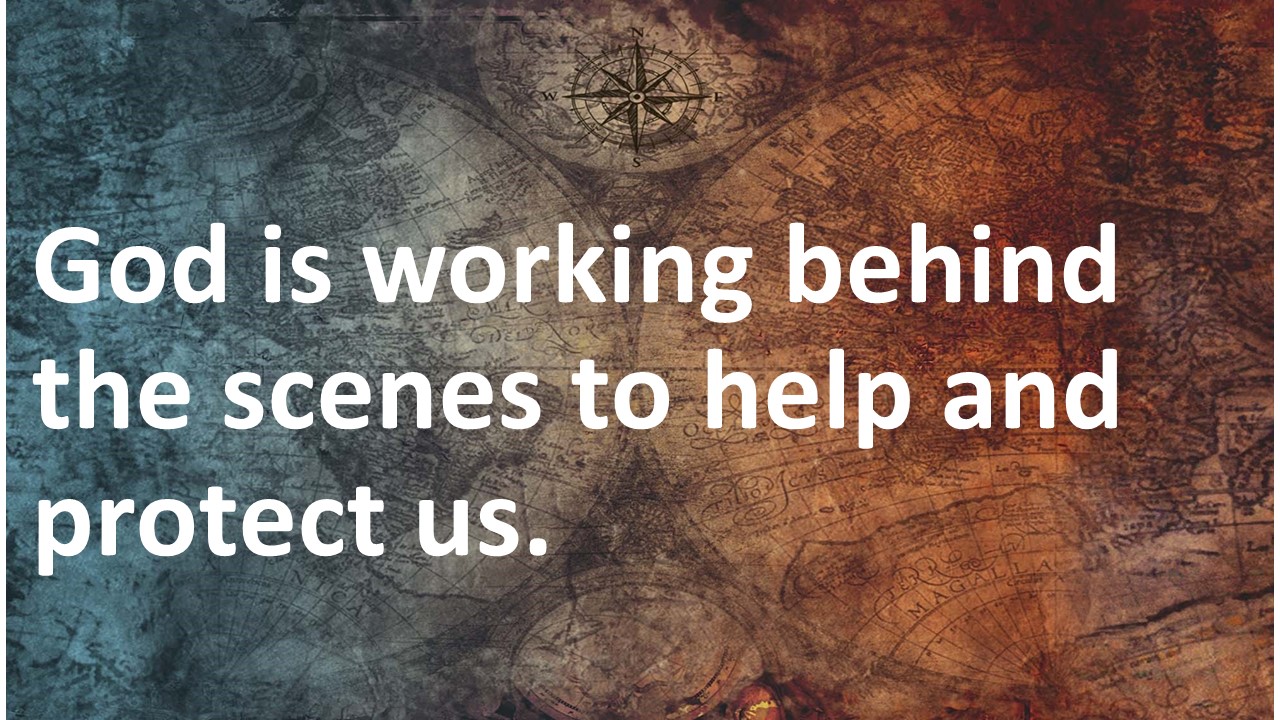