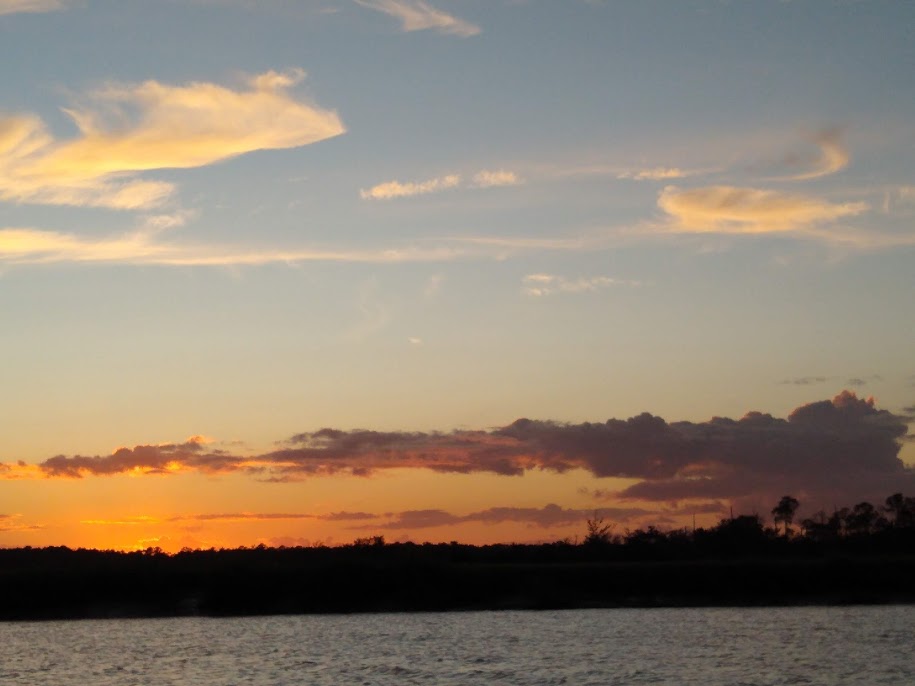 This photo was taken at Delegal Creek last night as the sunset. Hurricane Dorian is several hundred miles south at this point. Today, as I write this, we have had a few bands of rain with wind, but nothing too bad. The storm should brush by us late this afternoon or in the evening, but will be staying off shore. Prayers to those in the Bahamas who suffered so greatly, and for those in the Carolinas who may experience more of this storm’s fury. 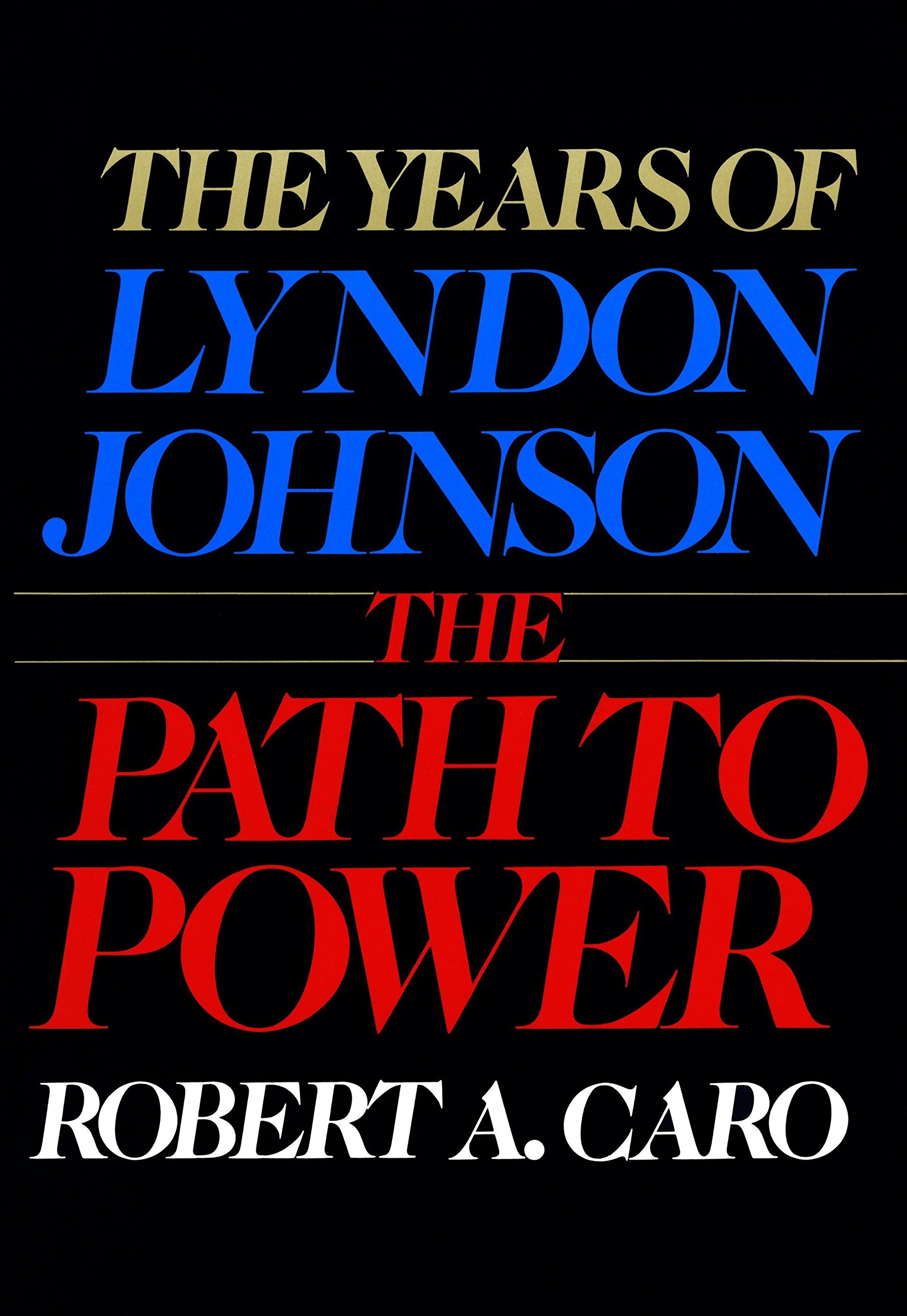 It’s a goal of mine to read Caro’s multi-volume biography of Lyndon Johnson. He’s the first President I can remember. The only thing I remember of Kennedy was him being shot in Dallas, as I had just started the first grade. LBJ would remain President throughout my elementary years.

Several years ago, I partly read this volume, but this summer invested the time to listen and/or read the entire volume that covers the life of the future President from before his birth through the beginning of the Second World War. The first volume I read in this series, over a decade ago, was Master of the Senate. It was Caro’s third volume, which consists of the years from 1948, when LBJ was elected to the senate, to the late 1950s as the 1960 Presidential campaign heated up. Caro has four volumes out and has just began covering Johnson’s presidency. As he is now in his 80s and I (along with lots of other folks) hope he’ll complete his life-long ambition to cover all of Johnson’s life.

As with Caro’s other volumes, he spends a significant portion of his book providing background information. The reader learns about the events that shaped life in the Texas Hill Country and the people who influenced Johnson. We’re taken back to the early years of Texas and of its frontier heritage that was still in the memories of those alive when Johnson was a boy. Johnson always discounted his father as a failed drunk and attempted to create an image of a self-made man, but Carol dug deeper and discovered a different truth. Johnson’s father was a very honest former legislator whose ties to populism was so strong he had his son listening to the speeches of Williams Jennings Bryan. He also took Lyndon, as a boy, with him to Austin, where Johnson experienced the political life for the first time. There were many other individuals who helped Johnson’s rise to power. Richard Kleberg, one of the richest men in Texas and a new congressman, hired a schoolteacher named Lyndon to be his congressional aide.  As an aid, Johnson both learned politics as well as began to build his own base of power. Then there was Sam Raybun, a Texas congressman who became speaker of the House and who saw LBJ as the son he never had. There was Herman Brown, of Brown and Root, became a mighty industrialist who helped and was helped by Johnson’s growing power. Caro also provides details in how the landscape of the hill country shaped those who settled there, such as Johnson’s families on both sides of his family. He even provides detail into a dam that helped push Brown and Root to a major corporation, a dam in which Johnson worked to fund as a junior congressman. The funding was in jeopardy because the dam did not meet the New Deal guidelines, but Johnson found a way around such requirements.

As Caro points out over and over again, the real Lyndon wasn’t likable. He was awkward, didn’t really fit in, and learned early on how to manipulate others. Most of his peers didn’t think highly of him, but some saw his ambition and was willing to work for him with the hopes that as he rose in power, they would too. When he was denied entry into the White Stars, a college club, he created his own secret club, the Black Stars. Those who joined him had also been denied entry into the more elite group. They were able to secretly control school politics. While he wasn’t popular with those his age, Johnson had a way with adults and spent more time with them.

From an early age, he wanted to be President. Caro’s shows how LBJ never lost that ambition. From politics in college, through working as a congressional aide for Kleberg, to heading the New Deal’s Youth Program in Texas, to a young congressman raising money for other congressmen, Johnson was constantly building a larger organization with the goal to become President.  Interestingly, while through the book, Johnson publicly is seen as a “Roosevelt man,” and in favor of the New Deal, Caro shows how Johnson’s politics was more about achieving and holding power than ideology.

Johnson was quite a risk-taker.  After marrying LadyBird, he carried on an affair with the beautiful and younger mistresses of Charles Marsh, one of his top supporters who also owned a number of newspapers in Texas. Obviously, had that become well-known, it had the potential to destroy the young Congressman’s political future.

In the spring of 1941, a senator from Texas died suddenly. Johnson, seeing this as his opportunity to increase his power, campaigned for the race. He quickly went to work building a base and becoming the front runner against many other better-known candidates, when the state’s colorful governor, Pappy O’Daniel, through his name into hat. “Pass the biscuits, Pappy,” was a former flour salesman, who knew how to campaign (his character even shows up the movie “O Brother, Where Art Thou). It became a bitter race with both sides having precincts that they controlled. When he through he had a comfortable lead, Johnson told his precinct bosses to release their votes. Pappy, holding on to a handful of precincts, was then able to “best” Johnson by 1300 votes. It would be the only election Johnson would lose.

While Johnson doesn’t come across as a likeable character throughout the book, there were places where Caro showed a gentler side of him. As a teacher in a mostly Mexican-American school, he was one of the few who cared for this students and encouraged their success. Later, after college, he became a teacher in Sam Houston High School where, as a debating coach, was able to propel his students to greatness. Johnson was a complex man, who carefully cultivated his image. The book leaves the reader wondering what’s going to happen to the young congressman who receives an appointment as a naval officer as the country goes to war. I also came away book wanting to know more about Johnson’s father and his “surrogate” father, Sam Rayburn.

If you have the time (and you’ll need it) and interest, I recommend this book!