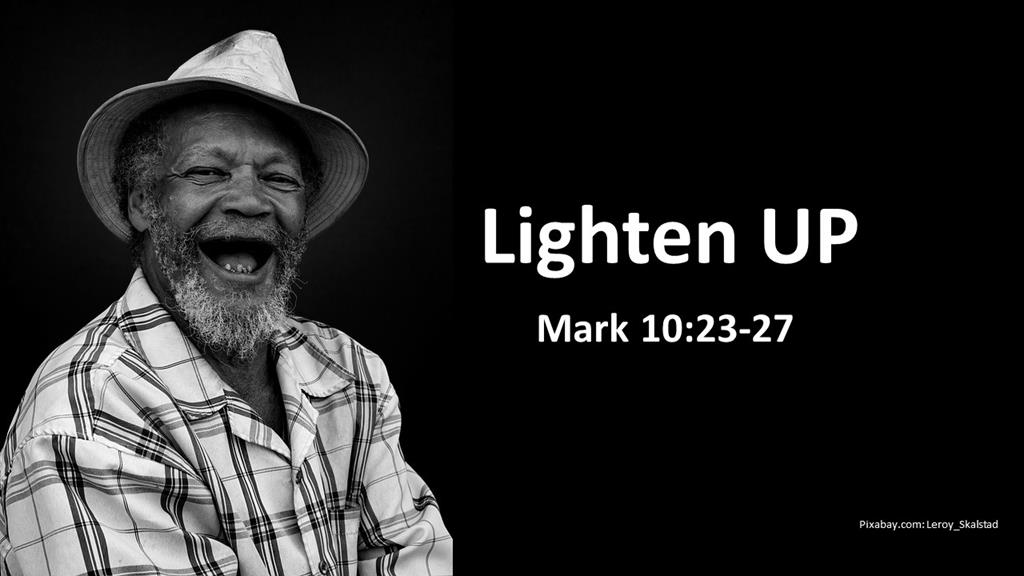 We’re looking at another tool to beat Spiritual Affective Disorder. We’ve talked about spending time reflecting on the light. We’ve looked at how music can lift our souls. Today we’re looking another sure-fired way to beat SAD (that’s Spiritual Affective Disorder). We can use humor and laughter. Too often we think of humor as inappropriate in churches. God is seen as some stern judge up in the sky, with piercing eyes and a frown, upset with all humanity. But God delights in humor. We can see it in creation. Why did God create the opossum? Or the anteater? Or the monkey? Or some of us?[1] We can also see it in scripture. In our Old Testament reading we hear of Sarah laughing at the possibility she, as an old lady, will give birth.[2] The story shows us God had the last laugh. God wants us to lighten up, to not take ourselves too seriously, and to trust him. We’ll see this in our New Testament reading, too. I’m reading Mark 10: 23-27, from the Message Translation. 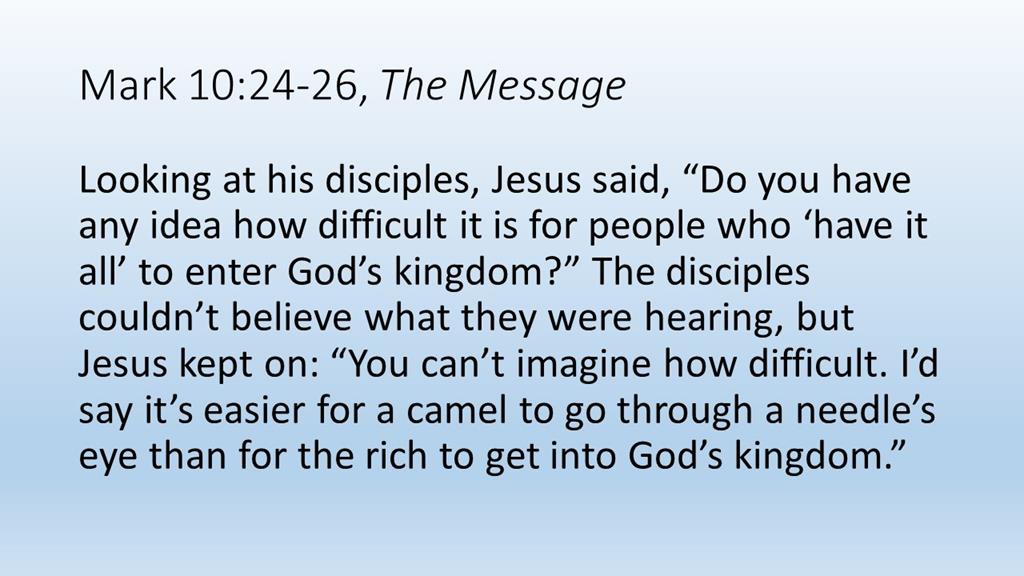 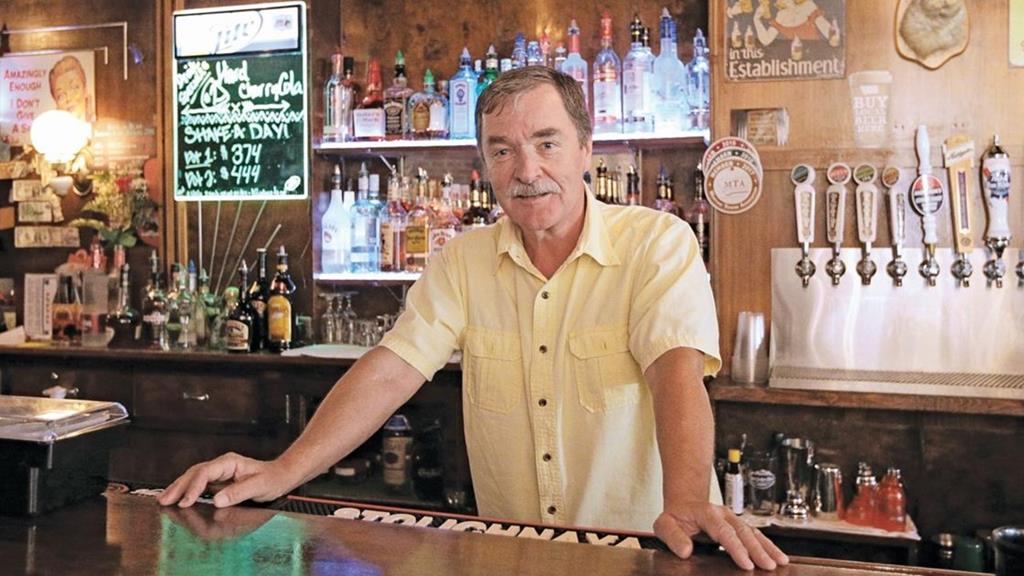 Jim Johnson is a former pastor who now owns the Bull’n Bear Saloon in Red Lodge, Montana. On making this transition for the pulpit to behind the bar, he tells this joke: “Two guys walk into a bar and stop dead in their tracks. One thinks to himself, ‘Oh no, my preacher’s a bartender!’ The other thinks, ‘Oh no, my bartender’s a preacher!’”[3] This joke illustrates how humor is perceived different depending on your perspective. What one person finds as funny might not be funny to someone else, just as a preacher as a bartender gets different reactions from a bar patron and a parishioner. 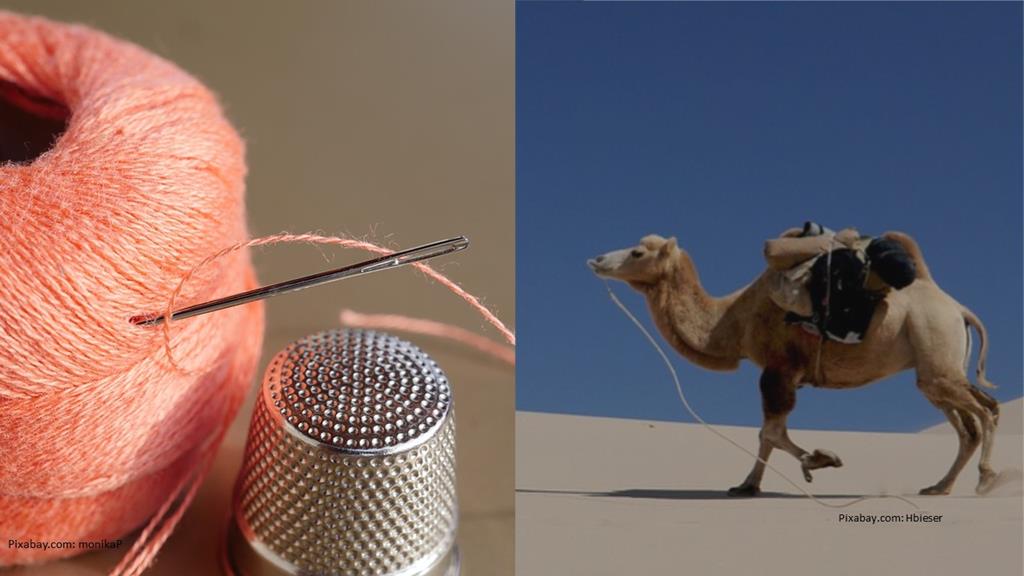 It may have been the same way with Jesus’ parable about the camel going through an eye of a needle. Just try to image how silly this word picture looks—a camel, one of the larger animals in that part of the world compared to such a small opening. This is funny, in a “Far Side” kind of fashion.

Imagine the disciples laughing as Jesus tells this story. Jesus had just encountered the rich man who wouldn’t follow Jesus because he had much to lose. The man went away sad. He just couldn’t risk giving up his stuff, but that’s another sermon. The disciples who witnessed this looks to Jesus for some reassurance for their salvation, and Jesus’ tells this story. 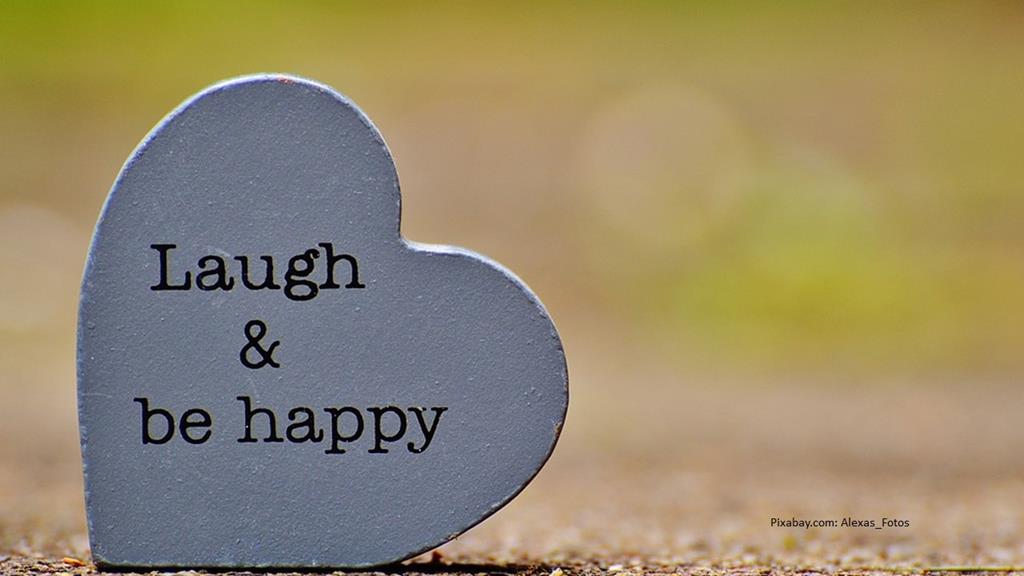 For what we know, none of the disciples were rich, so it’s easy for them to laugh at the absurdity. Or maybe not. Maybe there were those who saw riches as a sign of God’s favor. Unfortunately, there are still some people like that, proclaiming a prosperity gospel. But this story undercuts the idea that wealth equals God’s favor. Now the disciples, whose bank accounts aren’t exactly overflowing, may have laughed at all the absurd image and at all those people with all that money who are doomed.

But then, one by one, they began to think. We’ll I’m not totally poor. I own a fishing boat, I own some robes and don’t go hungry, I have a house… Maybe I’m not rich by some standards, but at least I’m middle class. Does this mean me getting into heaven, would be more like a dog or a cat, instead of a camel, getting through an eye of a needle? I still don’t stand a chance. Their minds run wild. What kind of animal can get through the eye of a needle? Well, what about a worm or even an ant. But there’s two problems here. First, unless it’s a very small worm or ant, they’re not going to be getting through the eye of a needle. And secondly, is Jesus saying I must be so small that I can only be a microscopic worm or ant? Where does that put me?[4] 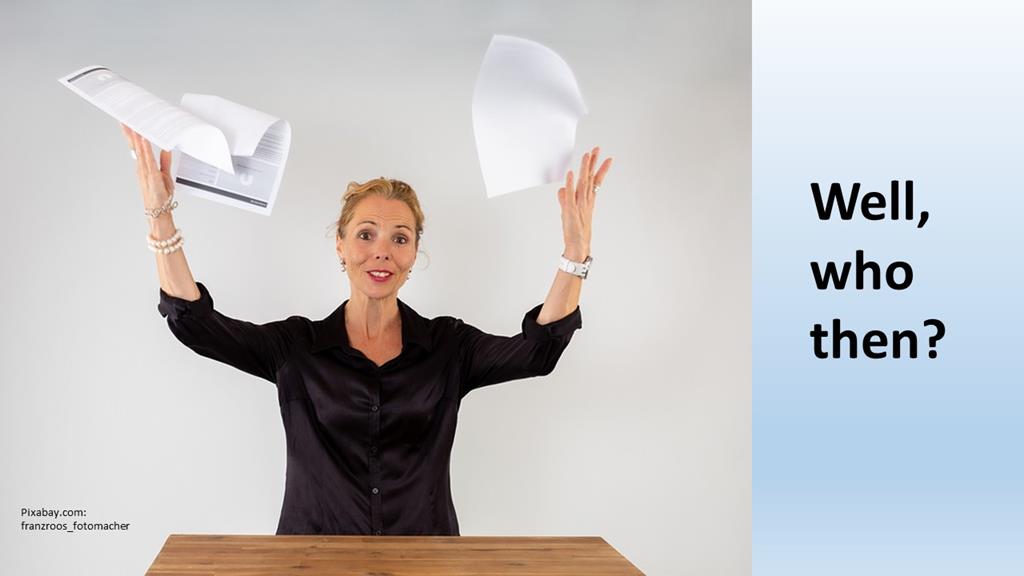 The laughter begins to subside as they realize their predicament. They’re doomed. Frustrated, they ask Jesus, “Just who can be saved?” Jesus responds, telling them it’s impossible for humans, but nothing is impossible for God. Jesus uses humor to make this point, but we often have a hard time accepting it which is why people have tried to reinterpret this passage such as suggesting that Jesus wasn’t referring to a needle used for sewing, but that it was the name of a narrow gate through the city’s walls. I’ve heard that interpretation in sermons and think it displays our fear of the truth—that we’re not in control.[5] 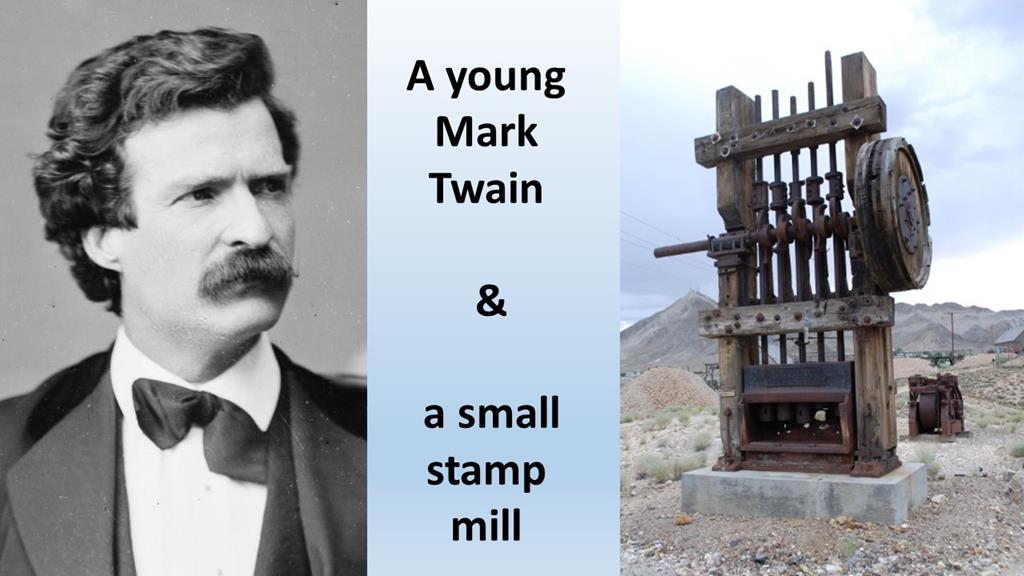 When you push an idea to the absurd, you get humor. Mark Twain knew this. He once wrote a letter from Virginia City, Nevada to his mother, telling on his brother for stealing some stamps from a local mill. According to Twain, his brother had slipped these into his pocket. Twain thought it was a perfect joke. His mom would get on his brother’s case, for she had no idea that the “stamps” in a stamp mill weigh 100s of pounds and were used to crush rock.[6] It’s absurd, which makes it funny and no way it could be factually true. 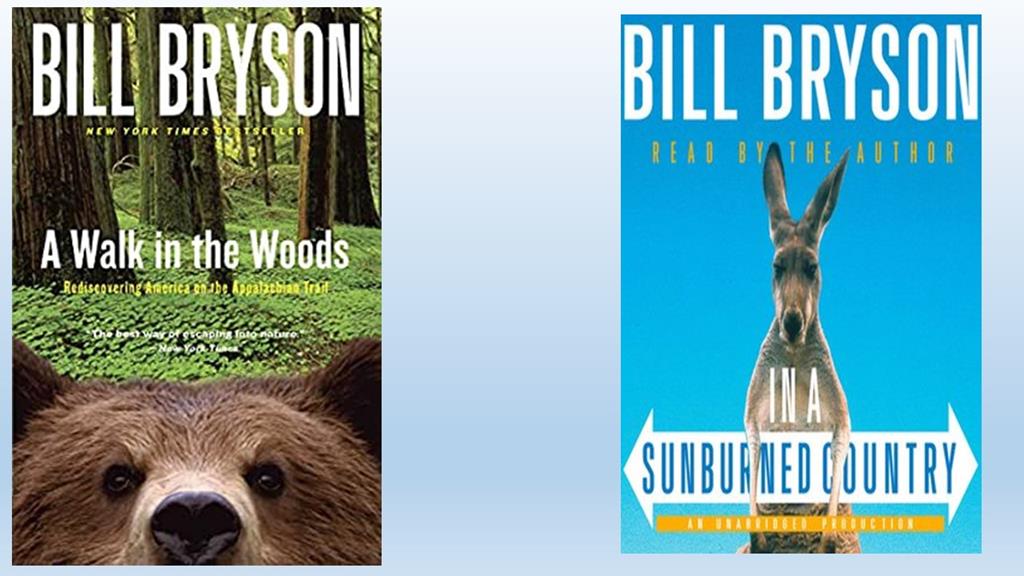 Bill Bryson is another humorous writer who is a master at expanding a truth to the point that it’s humorous. In his book, A Walk in the Woods, about hiking the Appalachian Trail, he does this with bears. Anyone who hikes a significant portion of the trail will probably see a bear, but Bryson makes it sound like bears are a constant threat and regularly snack on hikers. He did the same thing in his book, In a Sunburned Country, about his travels in Australia. Reading it, you’d wonder if most people in the land Down Under die from being bitten by snakes and spiders or eaten by crocodiles and sharks. He makes it sound like the country is trying to kill you, which some might think is true with their recent fires. 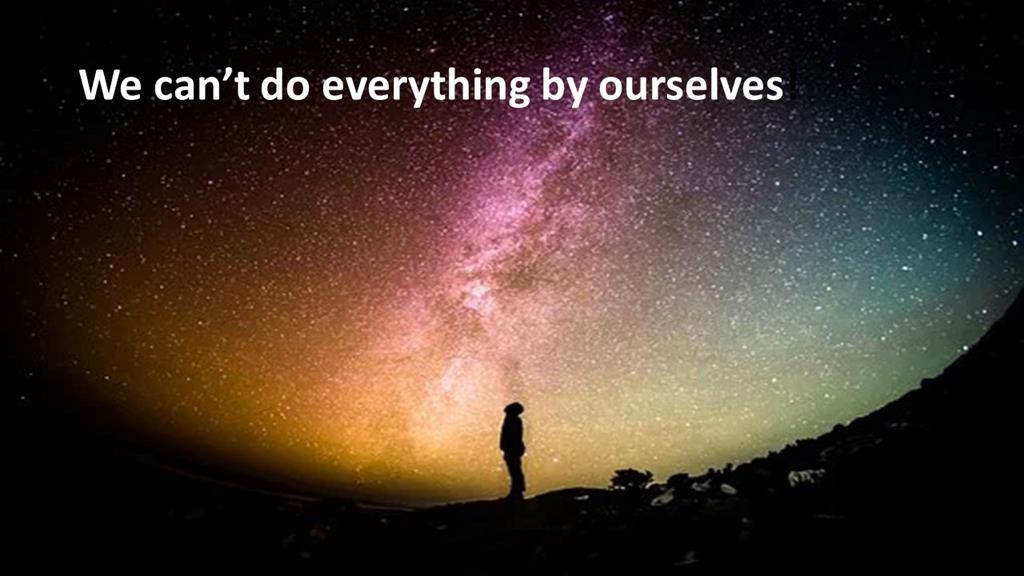 Using exaggeration to be funny is a way of saying, “Lighten Up.” We don’t need to be so uptight about everything. No, we can’t save ourselves. But the good news is that with God all is possible. Where do we point our trust? In our stuff (which won’t fit through the needle’s eye) or in God? Of course, it’s easy for us to miss the joke. That’s partly because jokes don’t always translate across cultures. Furthermore, jokes are best told and not read.[7] 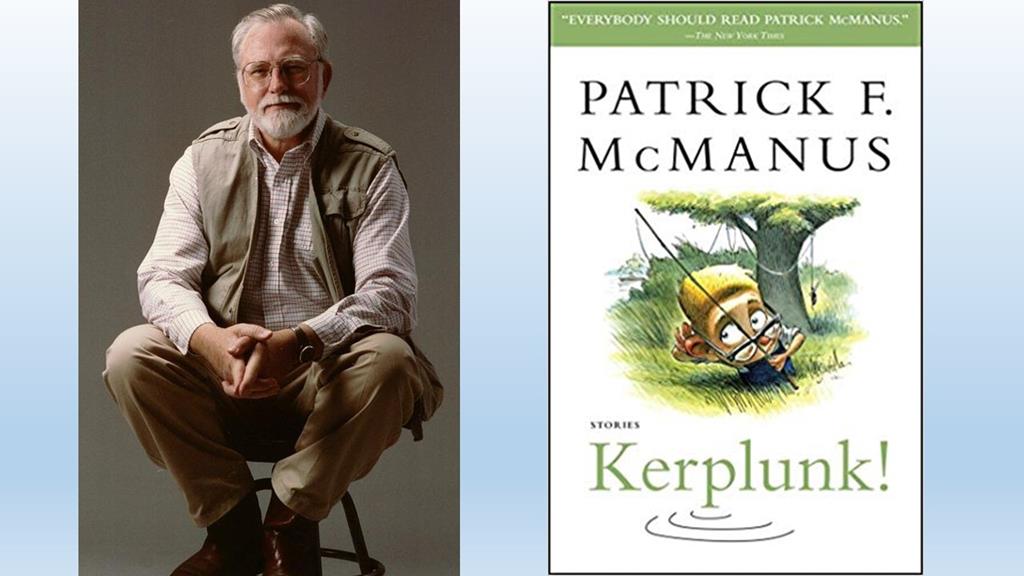 Another humorous writer I enjoy is the late Patrick McManus. He’s published a dozen or so books and wrote humorous columns for Outdoor Life and Field and Stream. While McManus used exaggeration for humor, he often reported on his own silliness and mistakes. The best jokes are those we make about ourselves and not others. The mess he found himself in while hunting or fishing can be chuckling, because many of us have been in similar situations. As he aged, McManus lamented how things change. The trails have become steeper and the oxygen in the mountains have decreased since his youth. We’ve experienced that, haven’t we?[8] 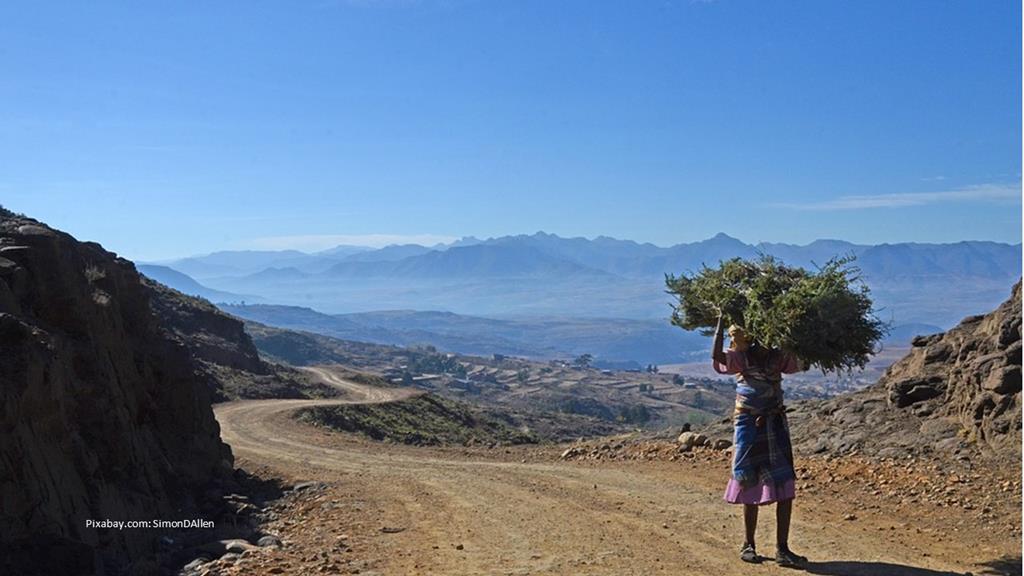 One of the problems the church has in the world is that other people see us as taking ourselves too seriously. We carry heavy burdens and don’t trust God’s Spirit enough, it’s easy to get down and depressed. And then we don’t do a good job of reflecting Jesus’ face to the world.

In my blog, I recently posted a humorous piece about Communion. I was a little nervous about how it might be accepted but was comforted by the comments. One suggested that if such humor was used more often, they’d be more people in the pews on Sunday. Another woman, from Australia, who confessed to not having been raised religious, said the humor helped her understand.[9]

Jesus doesn’t want us to be uptight. Jesus wants us to have abundant life, beginning now, and that means we need to be joyous and to laugh more. Humor is good for us. It can be holy! We should, at the very least, be able to laugh at ourselves. It keeps us humbled. The great mid-20th Century Theologian Karl Barth once said that “laughter is the closest thing to the grace of God.”[10] 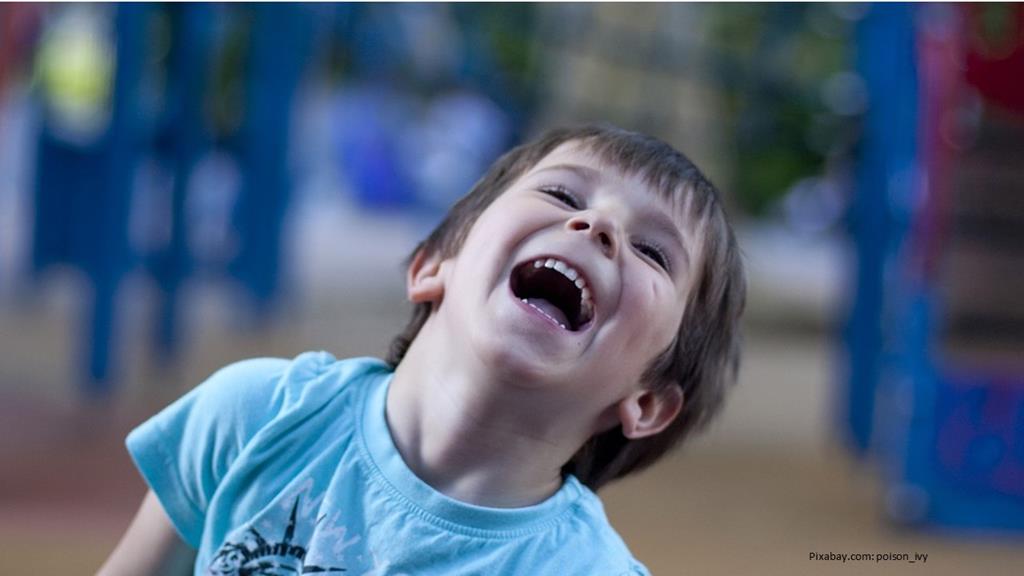 Think about children and how they laugh. They laugh at the silliest of things. We adults think we must be more serious. I wonder if, when Jesus said that if we want to enter the kingdom of God we must come like a child, he meant that we must come laughing like a child?[11] It’s something to ponder. 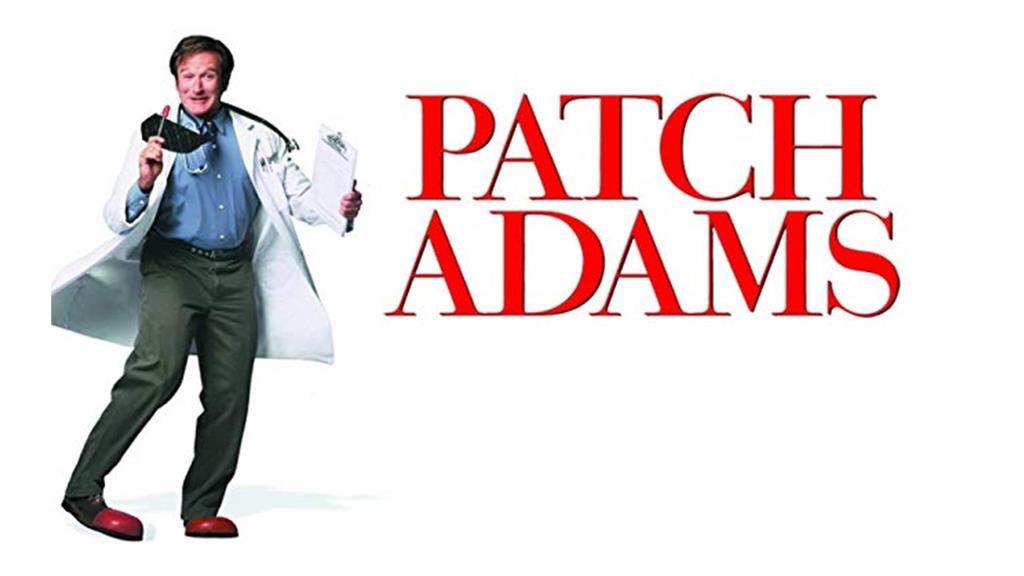 Laughter is also good for us. Do you remember the movie, Patch Adams, where Robin Williams played a doctor who used laughter in treating patients? Do you recall how he got a children’s ward filled with kids suffering from cancer to laugh? And how the head nurse was mortified and ordered him out of the ward and told the kids to get back in the bed? The movie showed how we adults are too serious and that the world needs to lighten up and enjoy things. 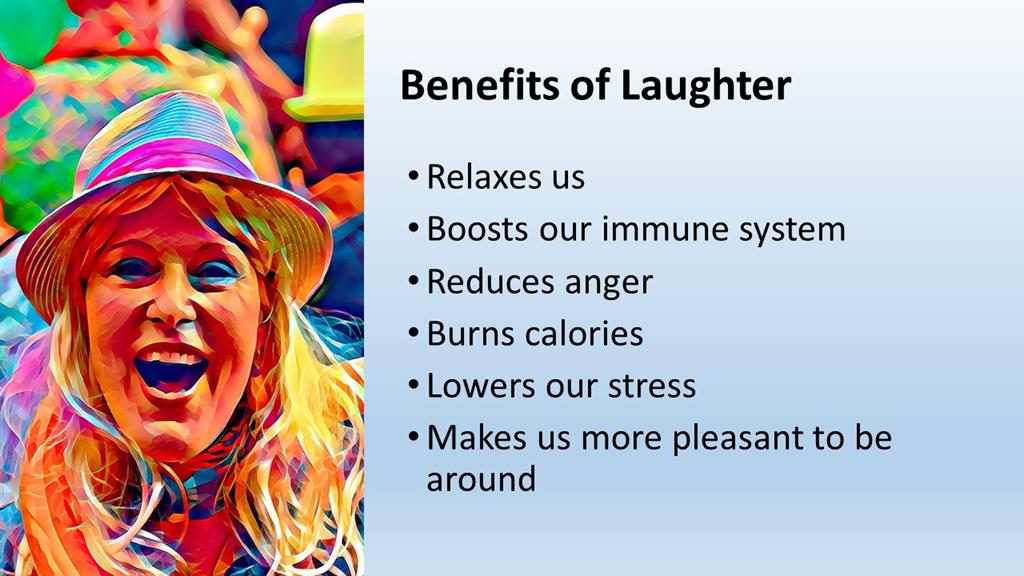 Laughter relaxes us. According to some studies it can heal us by boosting our immune system. In addition to lightening our hearts and reducing anger, laughter helps us to burn a few extra calories. It lowers our stress. And it makes us more pleasant to be around![12] 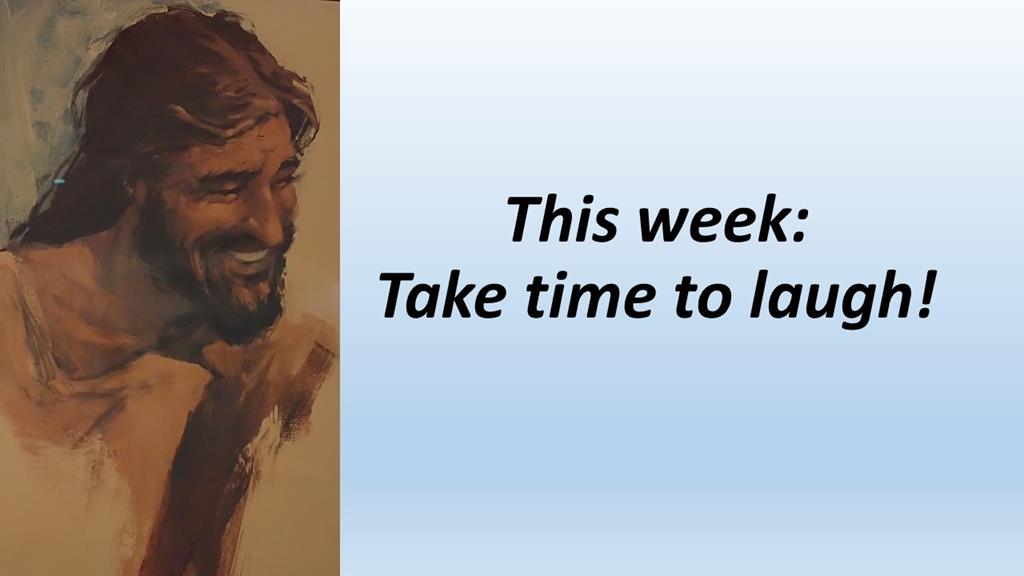 So, this week I want you to take time to laugh. Read the comics or pick up a humorous book. Take an opportunity to laugh at yourself. If you come across a great joke, drop it in an email to me or to a friend. We all need laughter and we’d be a lot better off if we could laugh at ourselves, for our follies makes us realize how much we depend on God.

Let me close with a part of a poem titled, “The Rowing Endeth,” by Anne Sexton. She describes being in a rowboat making for the Island of God. I’ll begin reading as she steps ashore:

“On with it!” He says and thus
we squat on the rocks by the sea
and play—can it be true—
a game of poker.
He calls me.
I win because I hold a royal straight flush.
He wins because He holds five aces.
A wild card had been announced
but I had not heard it
being in such a state of awe
when He took out the cards and dealt.
As he plucks down His five aces
and I sit grinning at my royal flush,
He starts to laugh,
the laughter rolling like a hoop out of His mouth
and into mine,
and such laughter that He doubles right over me
laughing a Rejoice-Chorus at our two triumphs.
Then I laugh, the fish dock laughs,
the sea laughs. The Island laughs.
The Absurd laughs.[13]

[1] This is an old preaching joke that I’ve heard attributed to Billy Sunday, among others.

[6] I’m pretty sure I am remembering this from when I read Twain’s published correspondence from Virginia City, NV. Twain often made fun of his brother, once saying his brother was “as happy as a martyr when the fire won’t burn.”  See Philip Ashley Fanning, Mark Twain and Orion Clemens: Brothers, Partners, Strangers (Tuscaloosa, AL: University of Alabama Press, 2003), 151.