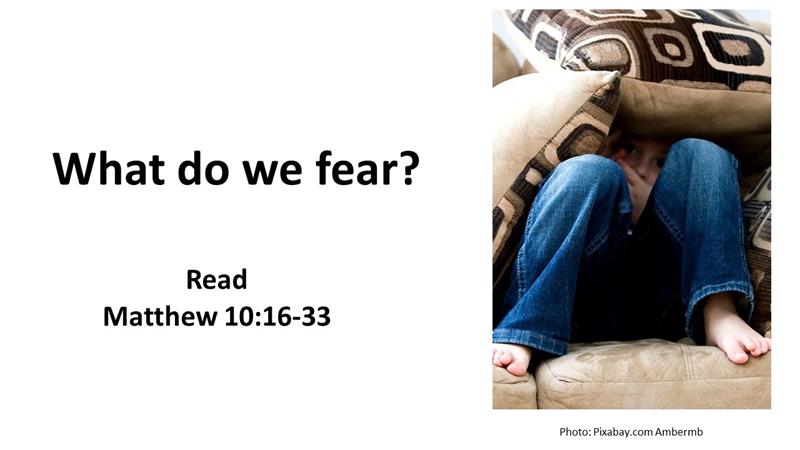 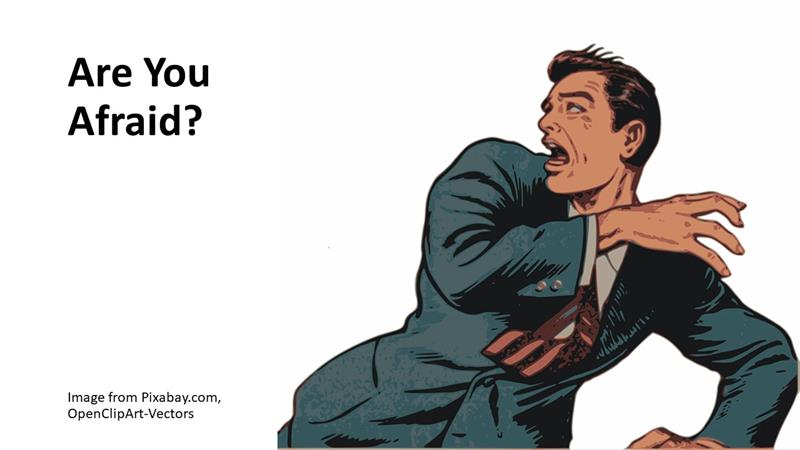 Click here to watch the worship service. To just catch the sermon, fast forward to 20 minutes and 30 seconds.

How many of you are afraid? I wish I could see a show of hands. Most of us, I expect, have them raised. After all, we’re dealing with a pandemic, a struggling economy, the highest unemployment in ninety years, and renegade police officers involved in unjustified deaths leading to unrest in our cities. For those of us who are fathers, we worry about our children making it in this world. There’s a lot of reasons for fear, but what if I told you that we’re probably living in one of the safest times in history. Yes, COVID-19 is a threat, but look at the illnesses we don’t have to deal with these days: polio, smallpox, and a host of childhood diseases. Yes, there have been some police officers who have done bad things and there is unrest in some streets, but overall violence is down (and has been dropping for decades). And the economic issues have more to do with the struggle to supply what is needed and a drop in demand as people try to avoid the virus. In the long run, we may end up with a less vulnerable supply chain, which could be a good thing. 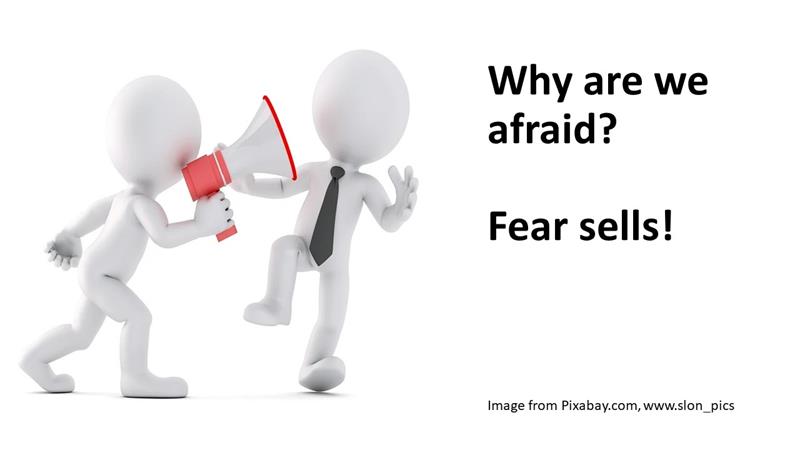 So why are we afraid? If we step back, we would see that fear often has little to do with risk. And often what we most fear isn’t what’s most likely to affect us. But fear sells. Fear is a basic instinct. It’s a primal reaction.[1] Because it’s such a gut reaction, fear is used in a way for someone else to make a profit on us. Crime’s up, so you better buy an alarm system or a gun. We fear rejection, so we use the right deodorant and toothpaste and drive the right car and wear clothes that are in style. 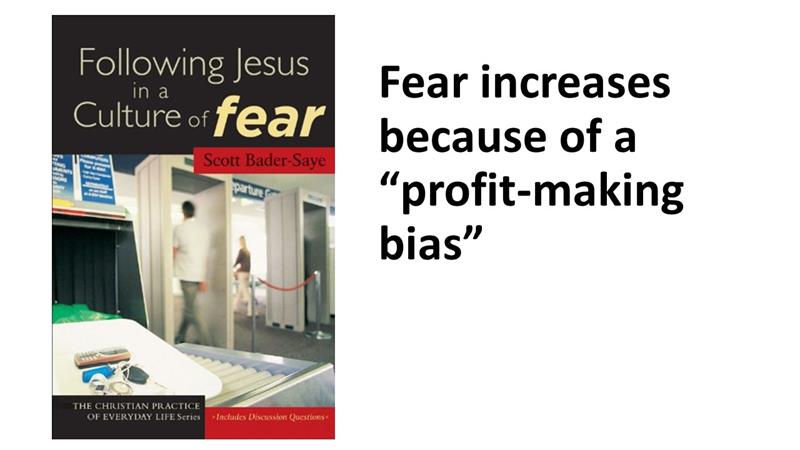 A dozen years ago, there was an eye-opening book published. Following Jesus in a Culture of Fear spends the first chapter discussing the “profit-making bias” that results in us being continually fearful. Sometimes even the church is guilty. Fear can be used to increase offerings or, as in the Left Behind Series, in an attempt to scare us into heaven.[2] 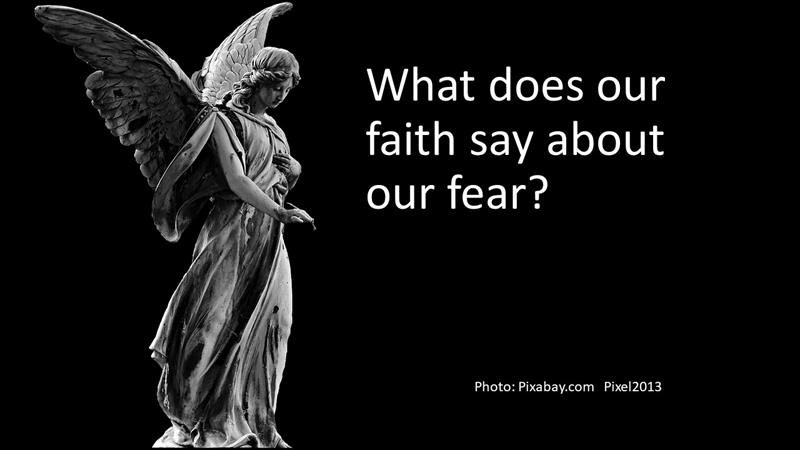 But what does our faith say about our fear? What does Scripture say to us about fear? You know, when an angel appears before people in the Bible, their first words are often something like “Fear not.”[3] “Yeah, right,” I’d think, “if it was me, I’d be shaking in my boots”. But think about it, there’s something to be said about having angels around and not fearing. We should rejoice. Their presence shows that the God of Creation is interested in us. God trying to connect to us is a comforting thought. If God cares enough to send an angel my way, instead of (let’s say) a lightning bolt, at least there’s a chance everything will be okay. We’re in good hands. This is the point Jesus is making in our text which could be titled, “Trouble and Trust.”[4] Yep, there’s going to be trouble. But we’re to trust God that, in the end, things will be okay.

Because God is the creator and has power over life and death, we’re to stand in awe… Others whom we encounter in this life may have half the power of God—the power to destroy—but God has the power to destroy and to create. If we’re on God’s side, there is nothing anyone else can do to us that God cannot undo. The resurrection is the ultimate act. 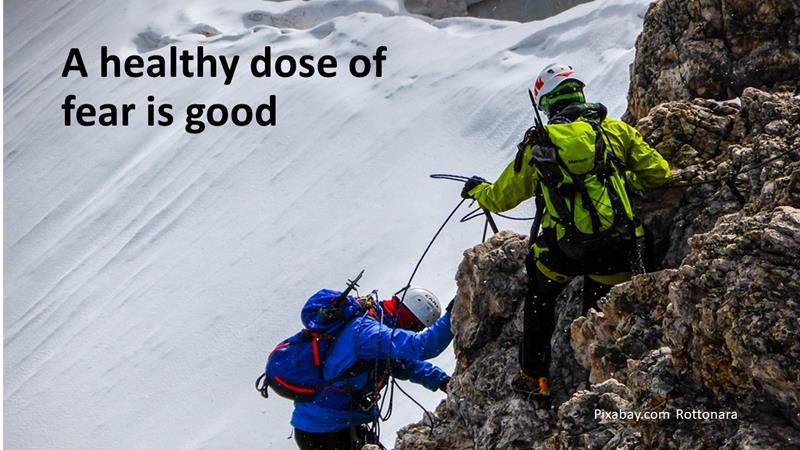 However, a healthy dose of fear is a good thing. Fear keeps us from taking foolish risks. Even the best rock climber will be fearful of clicking onto a frayed rope. You don’t want to tempt fate, or as Jesus said to the Devil during his temptation in the wilderness, “Do not put the Lord your God to the test.”[5] A healthy dose of fear can help us be safe, but too much fear becomes a problem because it leads us to inaction. And with 24-hour news, feeding us fear day and night, it’s amazing anyone gets anything done. The problem of too much fear is that it keeps us from taking risks, and if we don’t risk, we have no need of faith or trust. 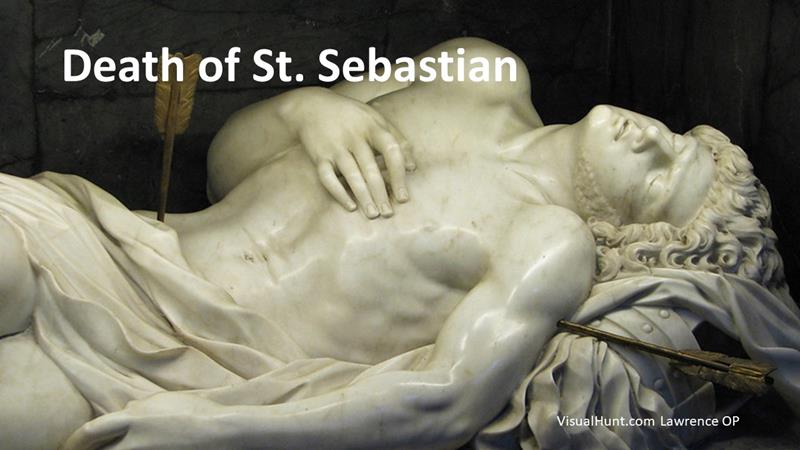 In our passage for this morning, Jesus is preparing the disciples for the troubles they’ll face once he’s gone. There’ll be persecutions and lots of reasons for the disciples to be afraid. They’ll be hauled into court and flogged and betrayed and even face death. But Jesus doesn’t want them to be paralyzed into inactivity. Jesus is depending on this motley group of followers to spread the good news. He promises the Spirit will speak through them. The disciples must be willing to proclaim God’s word from the housetops. This is risky business. 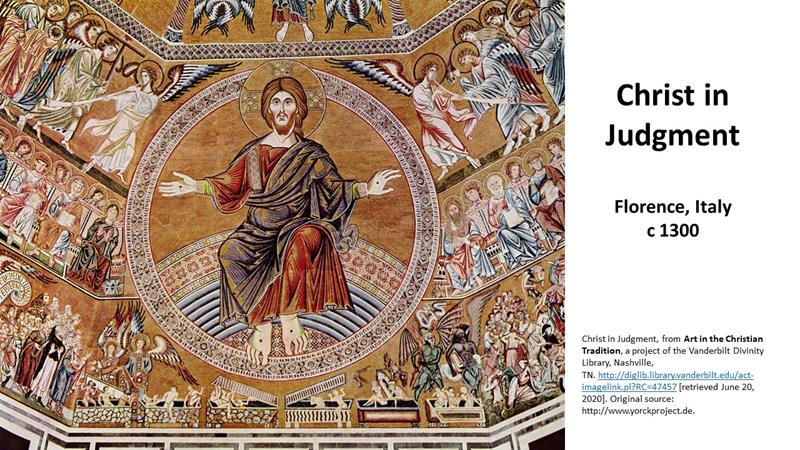 In an Empire that will see the church as a threat, Jesus gives them reasons not to fear the powerful. First, at judgment, all things will be revealed. Martyrs can say, “I told you so.” But let’s face it, the promise our concerns will be addressed after the grave isn’t all that reassuring. So, then Jesus tells them not to fear those who will take their lives, but to fear God. After all, God has power over not just this life, but life after judgment. If you think about what Jesus is saying here, you’ll see because the disciples believe, they’re freed to do great things. They’re not afraid of death. All of us will die, but eventually many of them died at the hands of persecutors. Some, like Peter and Andrew, were crucified; Stephen was stoned; and Paul and John the Baptist literally lost their heads. 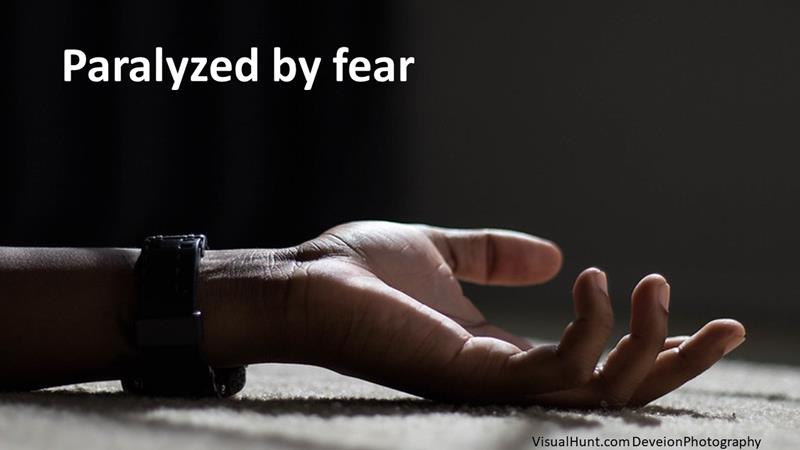 By refusing to be paralyzed by fear while trusting in God’s goodness, we can achieve more than we’ve ever imagined. Recall the Parable of the Talents.[6] The man who received only one talent and refused to take risk, because he was afraid of his master, is punished. Those who took risks are rewarded with even more talents. It’s that way with us. If we invest the talents God has given us, for godly purposes, God will bless our efforts. If we hoard our talents, we will be judged harshly. 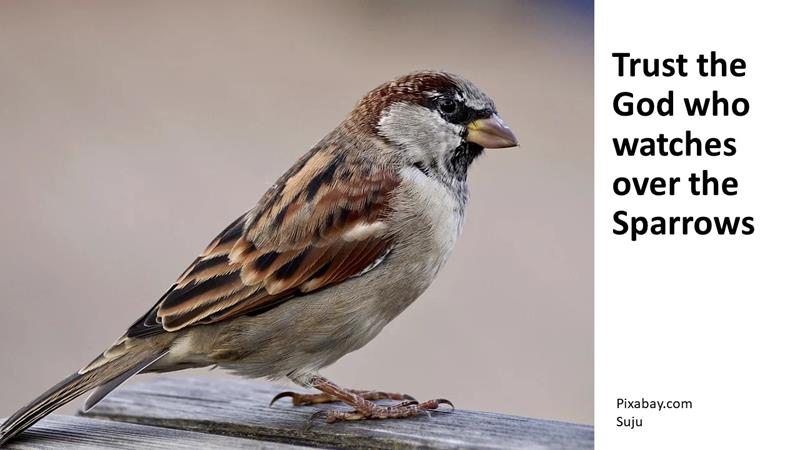 “You’re to trust in God,” Jesus tells his audience, “whose concern extends even to the lowest sparrow.”  Jesus must have been an animal lover. This passage is filled with animals: sheep and wolves, serpents and doves, and sparrows.[7] Or maybe it’s the little things in creation that brings Jesus joy. Think about this, a sparrow at the temple in Jesus’ day could be purchased for next to nothing. If God is so concerned for the small parts of his creation, think of how much more concern God will show us, the pinnacle of his creation. To further emphasize God’s concern, we’re told that God has counted even the hairs on our heads (with some of our heads, God has an easier time). 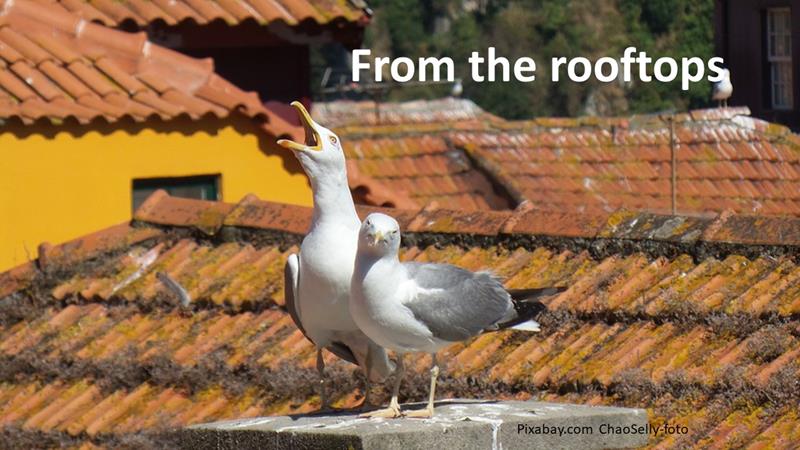 In verse 32, Jesus returns to his rationale for us not being afraid. He doesn’t want us to become so scared that we slip into inactivity. That’s why he reminds us that our purpose is to be his ambassadors, shouting from the rooftops (at least, metaphorically). The warning here is that if we are unwilling to risk letting others know of our faith, we run an even greater risk that Jesus will not acknowledge us before the Father.

The gospel still puts people at danger. Yet Jesus calls us to take risks. “To those whom much is given, much is expected,” we’re told.[8] And we’ve been given a bounty, and if we fail to take a risk and use it in a worthy way, we’ll have something to fear when all is revealed! Furthermore, as Christians, we’re called to a higher standard. We’re to speak out when we see people being abused or being taken advantage of. We’re to call for justice and mercy and to stand up against those who bully and abuse. By keeping quiet, we may avoid the wrath of a boss or friends, but is that what Jesus want us to do? As we see in this passage, keeping quiet can cause us to run a greater risk: experiencing God’s wrath… 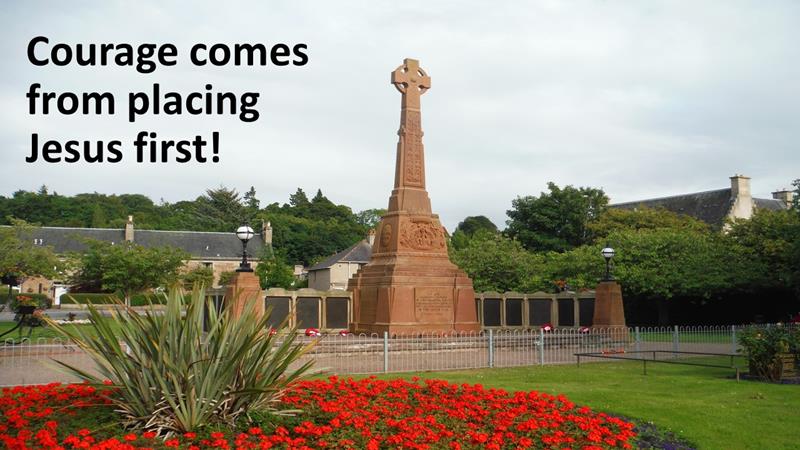 Do not be afraid of anything earthly, we’re told. If we trust God, there is no reason for us to fear anything else. If we don’t trust and fear God, then everything may be feared. Amen.