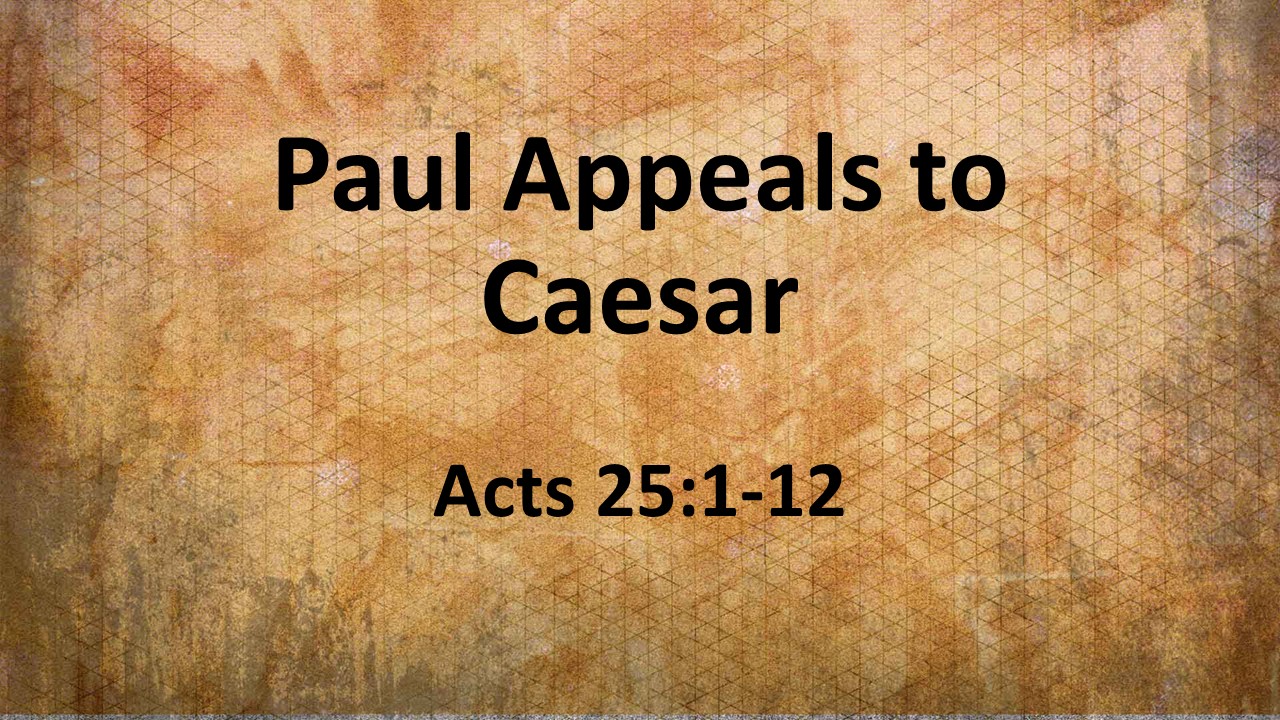 In the quote on the flyleaf of the bulletin, we’re reminded that Luke, the author of both the gospel and the Book of Acts, is writing to a person. And that individual, no doubt, is a member of a congregation. And just what does this congregation need to hear when they receive this correspondence? The world hasn’t always a friendly place for Christians, and this was especially true in the first couple centuries of the Christian era. They need to know what it means to be faithful and that they can carry out their mission within the harsh world of the Roman Empire.[1] 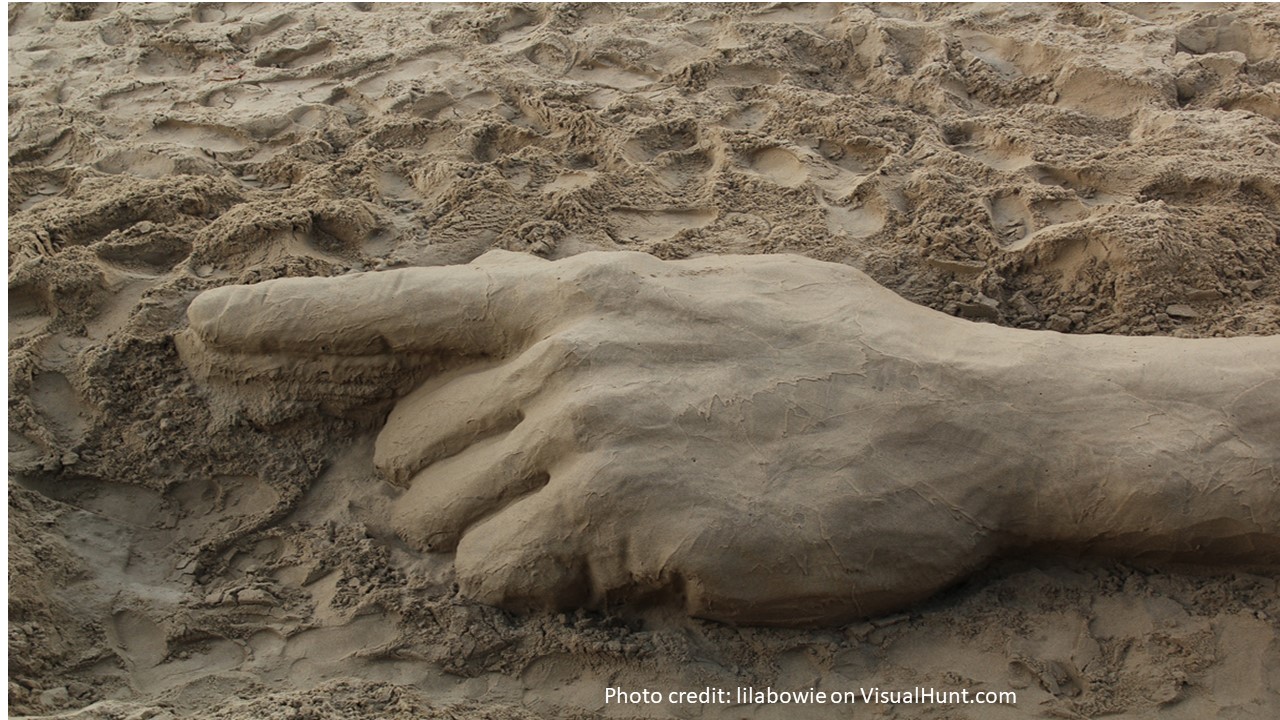 Thankfully, we live in a better time, but there are always challenges. This morning, think about a time when you have been falsely accused of something? It’s happens a lot to me. Often, it seemed, in school, someone would do something behind the teacher’s back and when she turned around, I’d snicker, and she assumed I was guilty. There are times people try to make us into a scapegoat and take the blame for something we didn’t do. Or they accuse us as a way to cover their own shortcomings. Sometimes people are accused of serious things they did not do. Consider those who have been on death row, some for years, who have been exonerated thanks to DNA technology. Imagine how they must have felt when they walked through the prison doors.

As we saw last week, Paul has been locked up for two years. He’s innocent of the charges against him, but because of the political situation, he stays in prison. The Jewish authorities are unable to make a convincing case against Paul and the Romans don’t know what to do with him. They seem to think he’s innocent or at least he doesn’t deserve the death penalty, but they are not so willing to let him go. To do so, would create a problem with the Jews, and by this point in history, the Romans have enough problems with the Jews. So Paul remains in jail and there’s now a new governor. Read Acts 25:1-12. 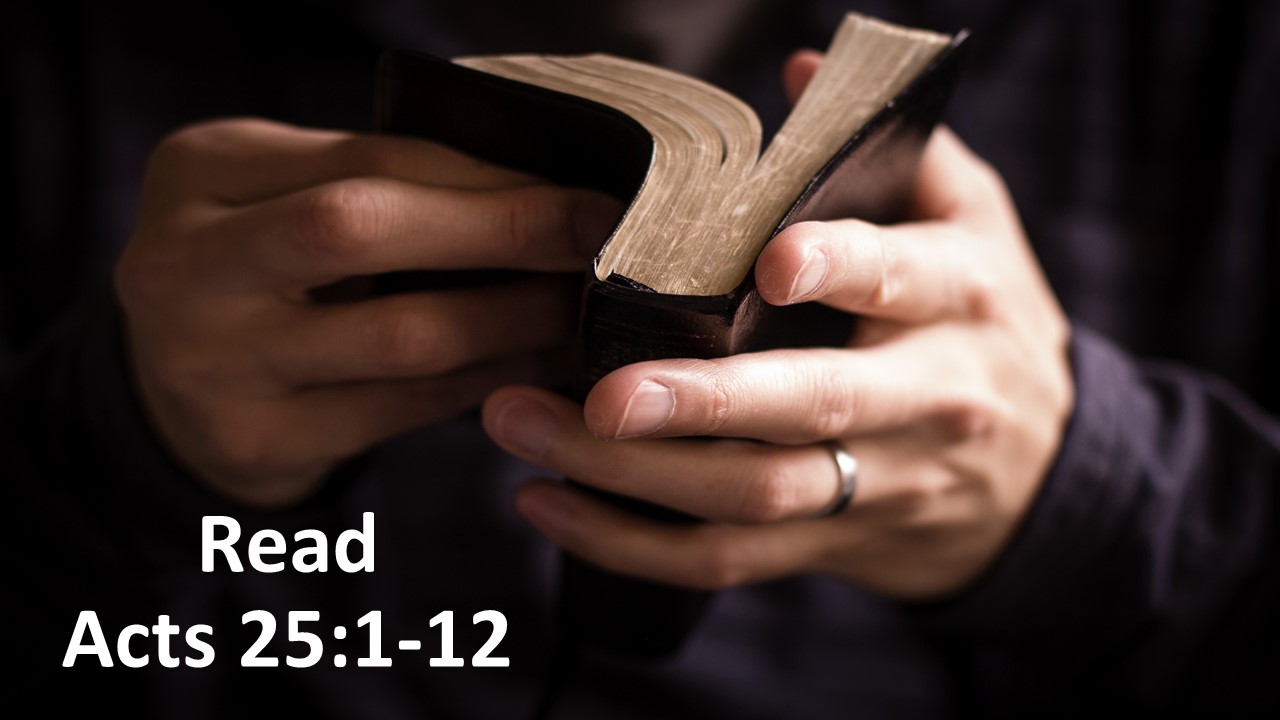 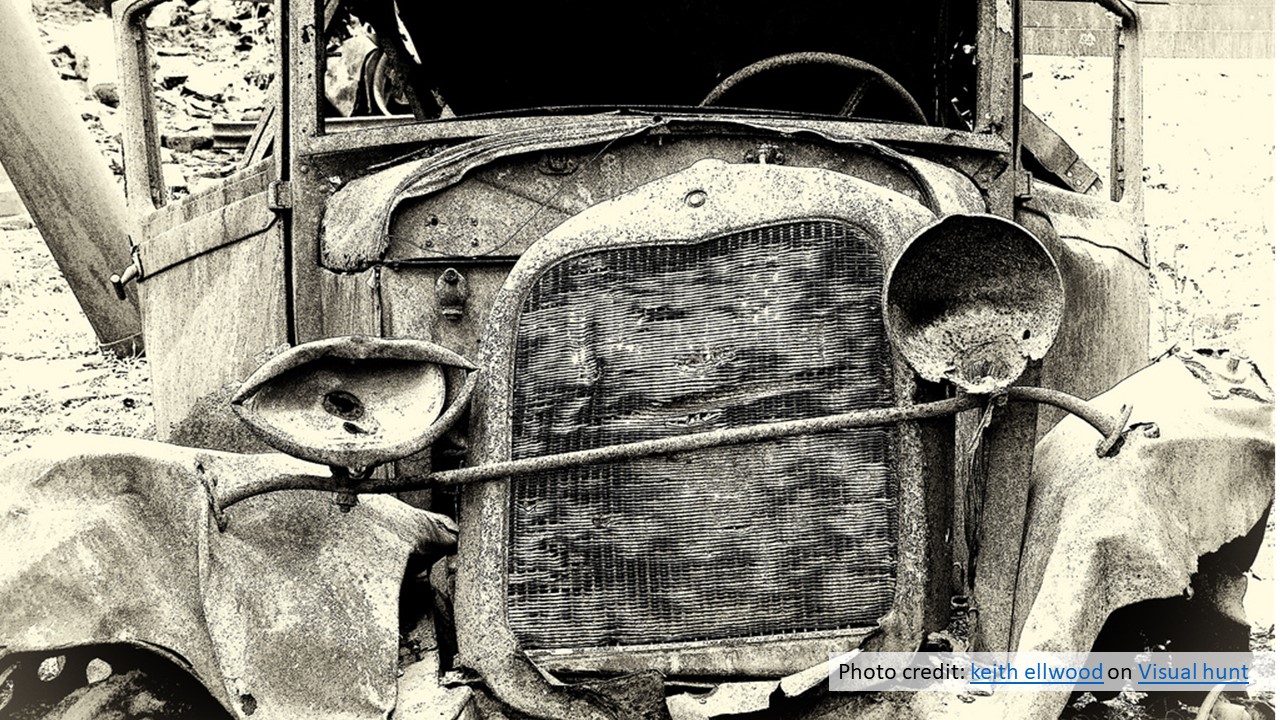 When I was sixteen years old, about six months after receiving my driver’s license, I was in a wreck. The best thing about this experience was that my mother was in the front seat. Seeing with her own eyes, she knew I wasn’t at fault. I had my seatbelt on but this was before shoulder harnesses and when the two cars hit, the seatbelt held my waist as I was thrown forward into the steering wheel. I hit it on the bridge of my nose and was knocked for a while. When I came too, I wasn’t exactly sure what had happened. I had been driving on a road with three lanes in one direction and a car had suddenly cut in front of me as it attempted to make a right-hand turn out of the left-hand lane.

I hit the car in the front quarter panel of the passenger side. Both vehicles were totaled. The police and an ambulance arrived and I was put on a stretcher and sent to the hospital. I later learned a neighbor came by. He happened to be a state trooper although he was not on duty. He took my mother and siblings home. My mother called my father and he met at the hospital. 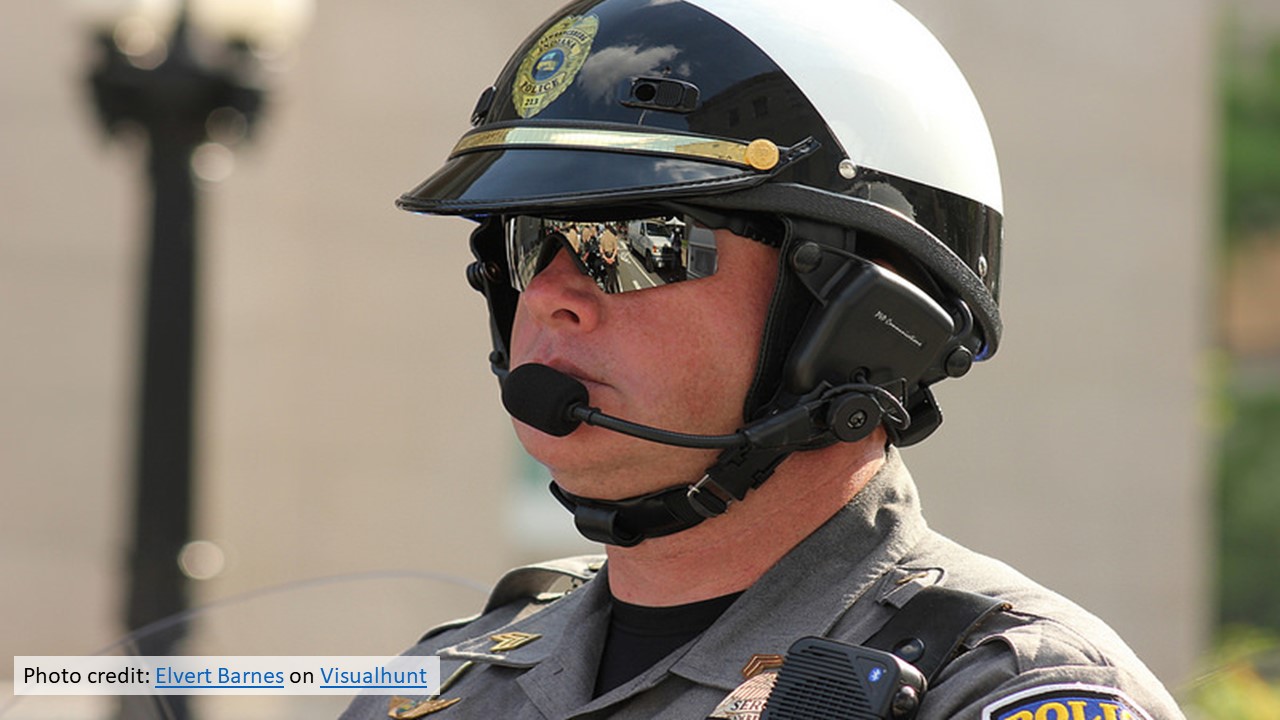 Shortly after my father arrived, as I was being released, the police officer showed up. He handed me a ticket saying I’d been following to close behind the car I had hit. “You’re crazy I yelled.”  It wasn’t one of my finest hours. Thankfully my father was there. He told me to calm down and then asked the officer the position the cars and where the damage was at. The officer said my car had struck the woman in the front quarter panel. My dad kept his cool and said, “There was no physical way he could have been following behind and hit her where he did.” The officer dismissed what my father said, saying that was his findings and if didn’t agree, we could go to court. We did, and won. It didn’t hurt our case that our neighbor, the highway patrolman, drew several diagrams of the accident to prove our case.

Calling a police officer crazy wasn’t the brightest thing I’d ever done, but I can assure you that being handed a ticket for something I was not guilty was one of the worst feelings of my short life. I was angry. I was mad. I wanted revenge. In the world of things, such a response may seem way out of proportion, but in my teenage worldview, this was devastating. However, I would have been much better served if I had not been such a hothead. My response basically put the officer in the position of an adversary and left him no way out without looking weak.

I am sure some of you saw yesterday’s women’s U. S. Open finals and how Serena Williams lost her temper with the chair of the match. By not being able to let go of what she considered an unfair penalty (and many agreed with her that it wasn’t the right call) she ended up losing a game and that match. 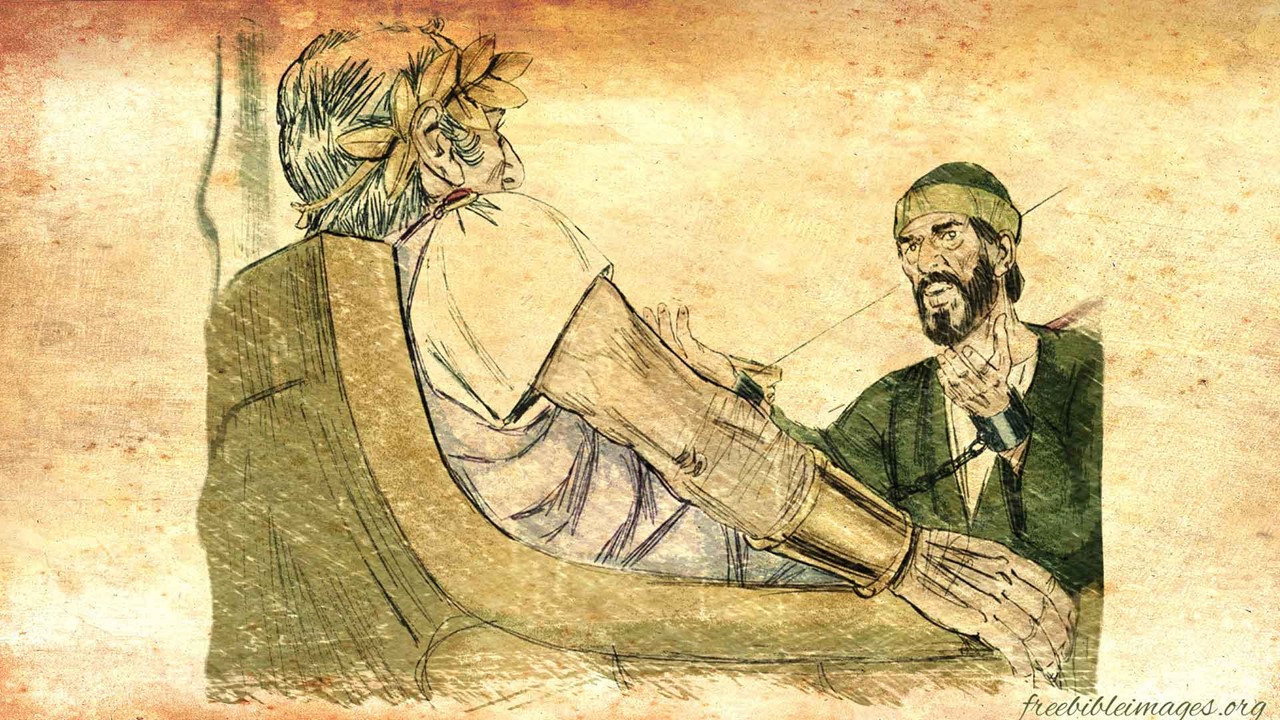 Let’s now consider how Paul responded to the injustice he faced. He’s been imprisoned in Caesarea for two years. For two years, he’s locked up. Perhaps his cell was close enough to the shore that he can hear the surf. Day and day, Paul might have wanted nothing more than to take a walk along the beach at sunset… Instead, he remains behind bars in a stinky cell. For those two years, as we saw last week, he could have greased the hands of Felix, the governor, and he would be freed.[2] But that would not be right. In such a case, Paul would be adding to the corruption which had become prevalent in the Roman Empire. Two years of waiting, but he maintains control. He remains respectful… When Paul writes to Timothy, recalling his patience and encouraging Timothy to be patience, we know Paul is talking out of experience.[3] 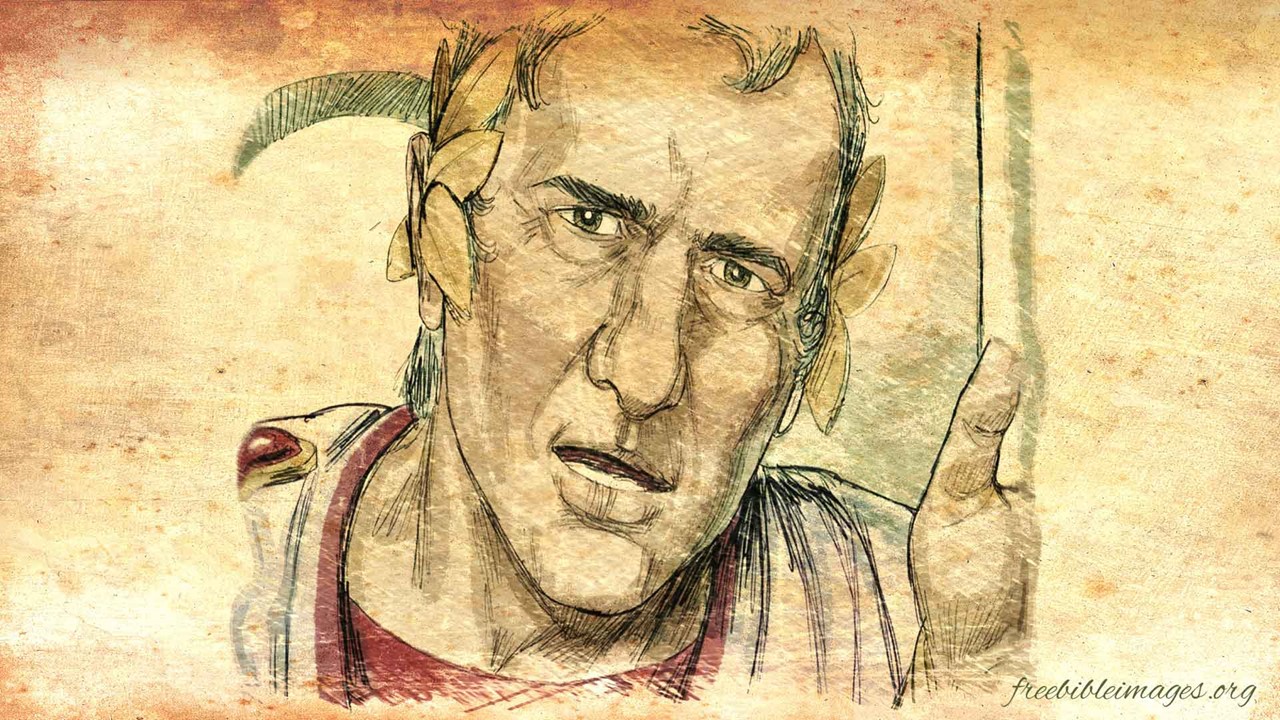 But then there’s a new governor. Felix is reassigned and along comes Festus, who reminds me of Matt Dillion’s sidekick in the old Gunsmoke shows. Festus served as governor of from approximately 60 to 62 A.D.[4] We don’t know much about him as compared to what we know about Felix, but from what we read in our text, it appears he wasn’t as corrupt as Felix. The first thing he does after arriving in the providence is to go to Jerusalem to meet with the Jewish leaders. He knows they are the source of his troubles, but he wants to make sure that he knows them and they know him. Perhaps, he thinks, he can do something for them to bring them around to his side. We are not even sure when he makes the trip to Jerusalem that he knows why Paul is rotting in jail. The leaders in Jerusalem enlighten him. Two years later, they’re still interested in killing Paul. 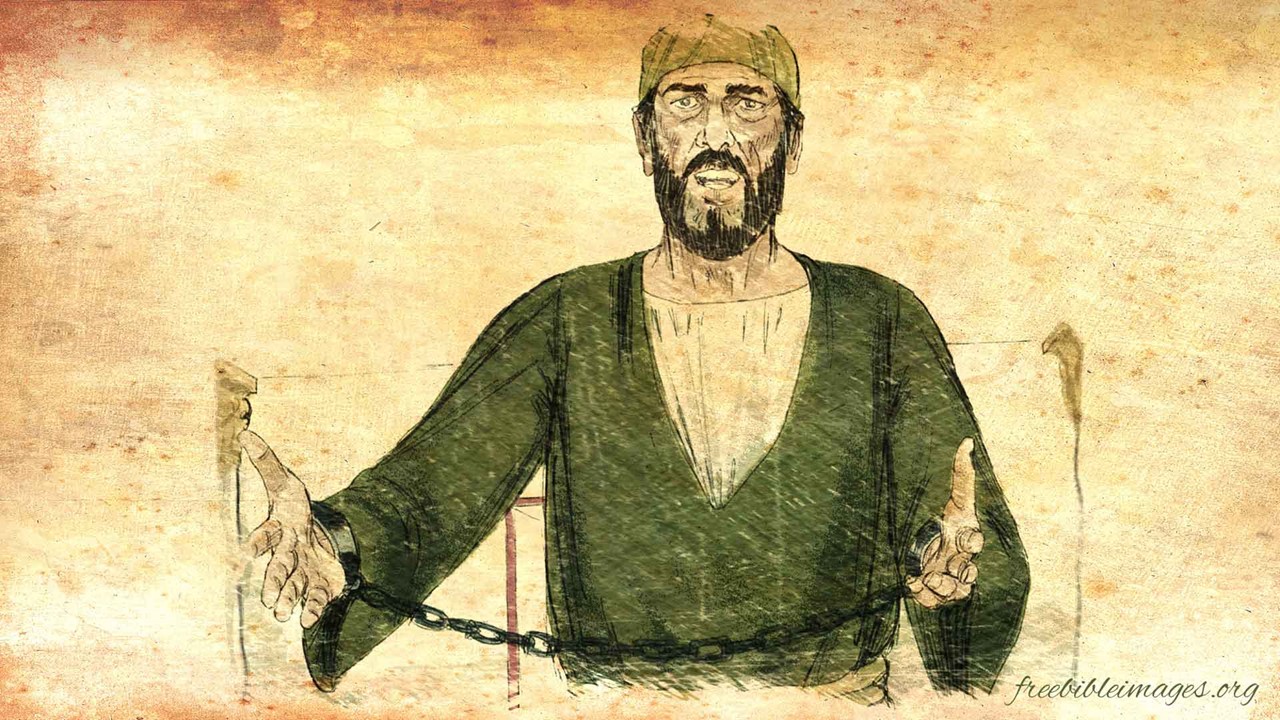 Festus doesn’t grant the Jewish leaders request to transfer Paul to Jerusalem, but he wasted no time in attending to the situation, inviting them to come to Caesarea and make their case against Paul. So Paul is once again hauled before the tribune. It appears at this point the case brought against Paul is so ridiculous that he can defend himself by just denying it. But Festus, wanting to do something for the Jews, asks if Paul would be willing to go with him to have the trial in Jerusalem. He probably knew nothing of the plots to kill Paul. Those assassins who had pledged not to eat until Paul is dead would have been beyond famished by this point.[5] Knowing this, Paul decides to claim a right that appears to have been the privilege of citizens. He asks that he be tried, not in Jerusalem but it Rome, before Caesar. [6]

Interestingly, at this time in history, around the year 60, Nero would have been Caesar. The name Nero strikes terror in us, 2,000 years later, but his first few years of office was actually pretty normal. It wasn’t until later that Nero became mad.[7]

Festus grants Paul his request. At least, he probably thought to himself, “I’ll soon be done with Paul.” 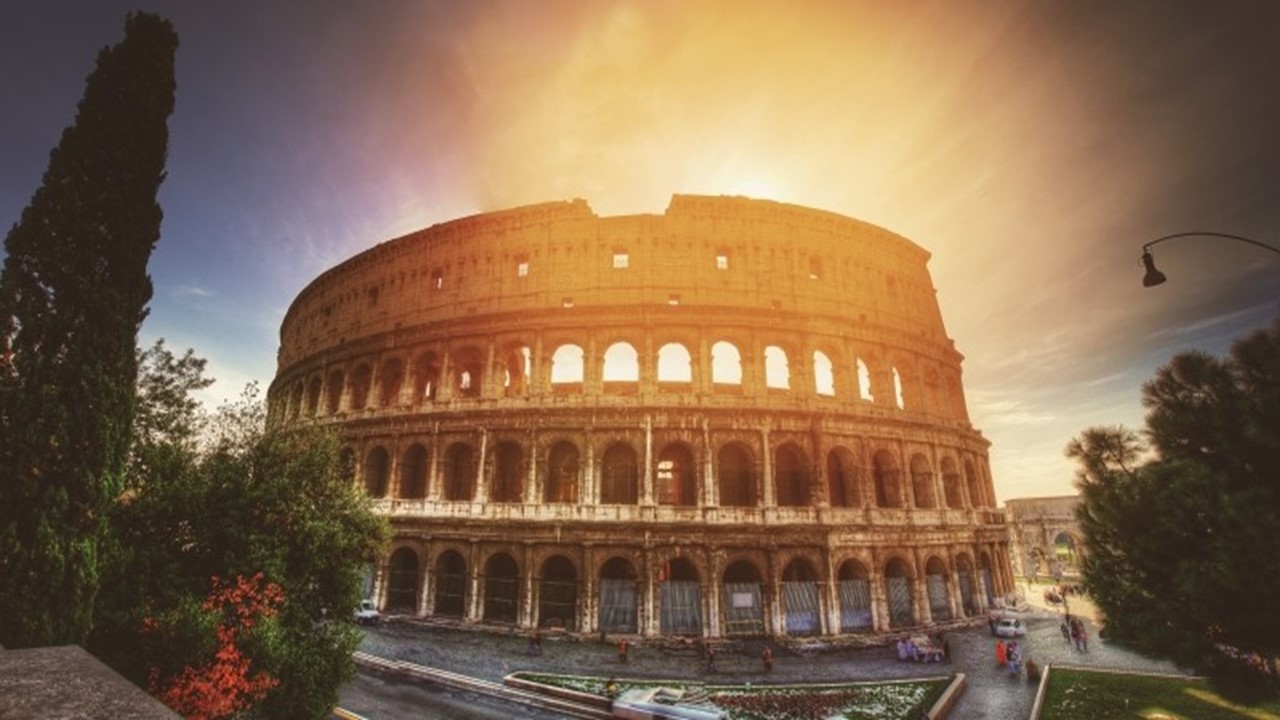 Paul shows us how to behave when we are accused unjustly. Unlike me with that police officer or Serena at the U. S. Open, Paul keeps his cool. He’s patient. He trusts the system, not because he has confidence in the system or the judge, but because he is confidence in the Lord. Paul shows us that following Jesus isn’t easy. It doesn’t mean bad things won’t happen. They will. They do. What’s important is how we act when they bad things happen. Do you trust in God’s providence and blessings? Or do we complain and act like we have lost all control and are doomed?  Paul remains cool. He shows a willingness to accept the punishment if someone can prove that he’s guilty. Otherwise, he willing to remain in the Roman system of justice as his appeal is taken to Rome. And while this appeal is on-going, Paul can use his time to further the gospel. We’ll see more of this over the next few sermons. Paul doesn’t see this as a defeat but an opportunity to live out his calling for Jesus Christ. And maybe that’s our best lesson from this passage. Don’t let false accusations get you down, see how they might open up new possibilities. 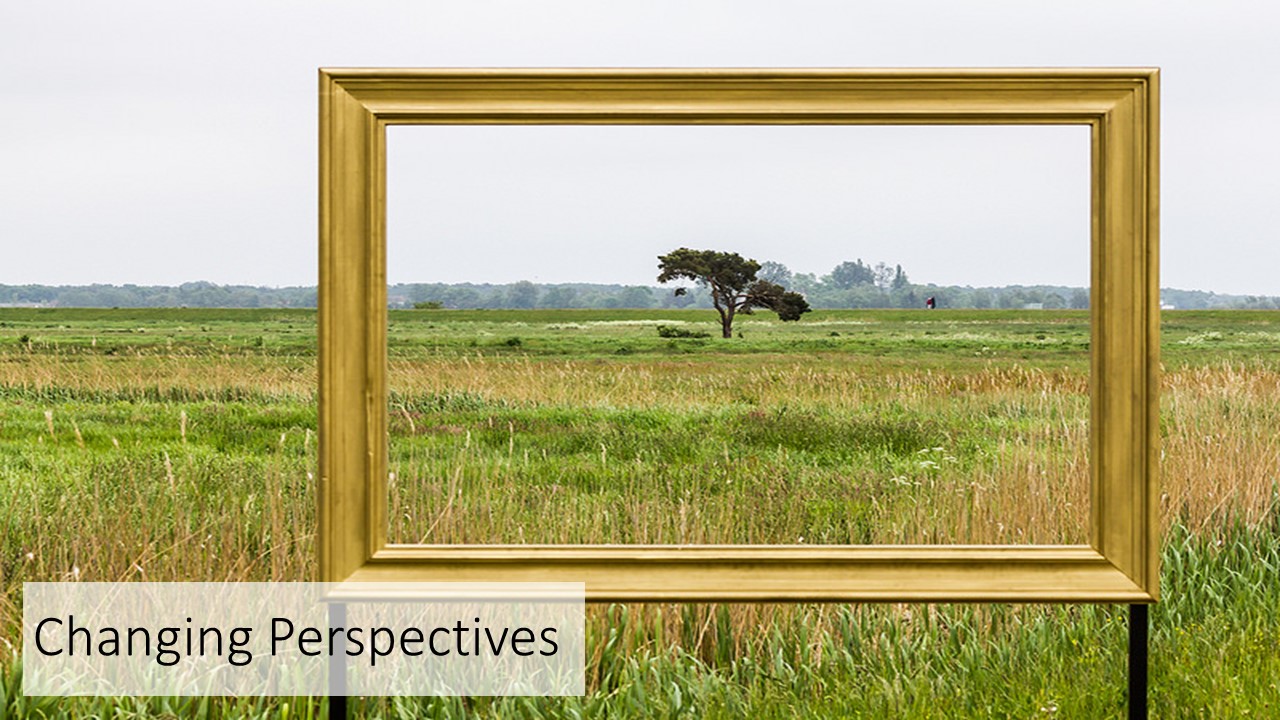 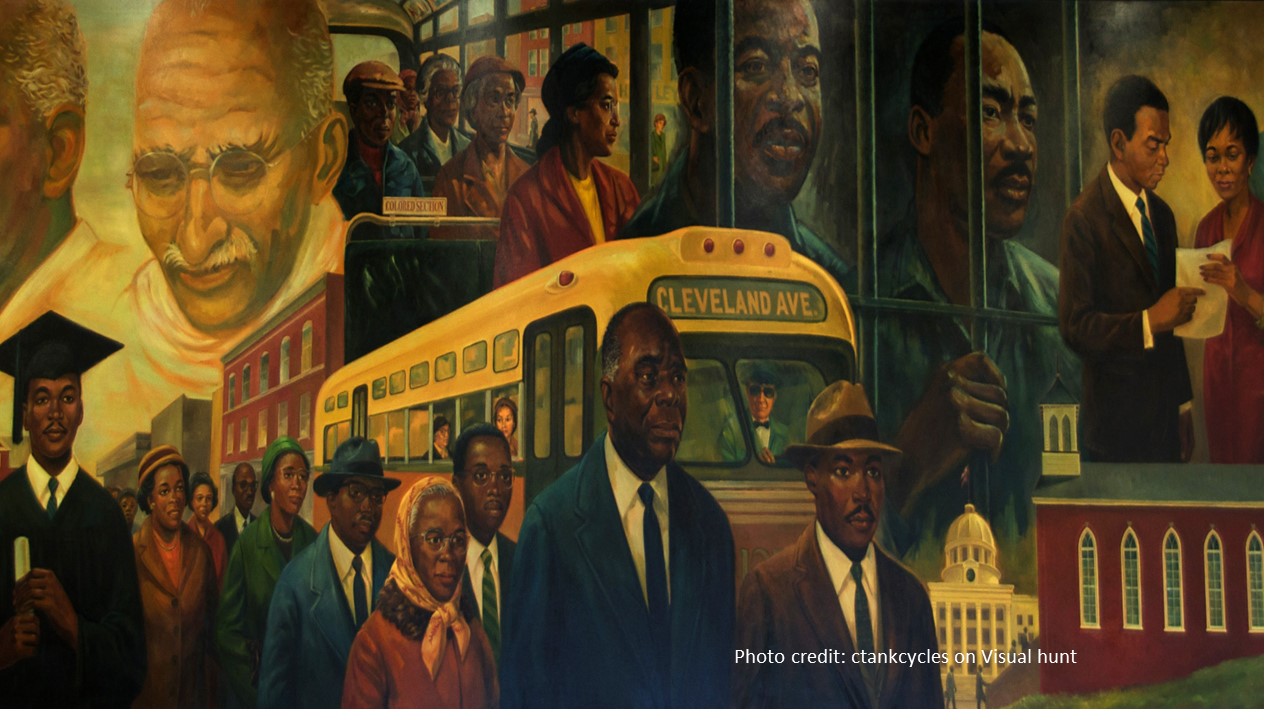 You know, Martin Luther King found those times he was locked up in jail to be freeing. During the heat of the Civil Rights movement, things were so busy that he didn’t have time to even think. But when he was locked away for a few days, he was able to think and to write. It was during one of these periods that King was able to write what’s perhaps his best known piece, “The Letter from the Birmingham Jail.” Picking on his friend Ralph Abernethy after the Birmingham incident, King did say that the next time he planned to be arrested, he was going to make sure he did it with people who didn’t snore.[8] 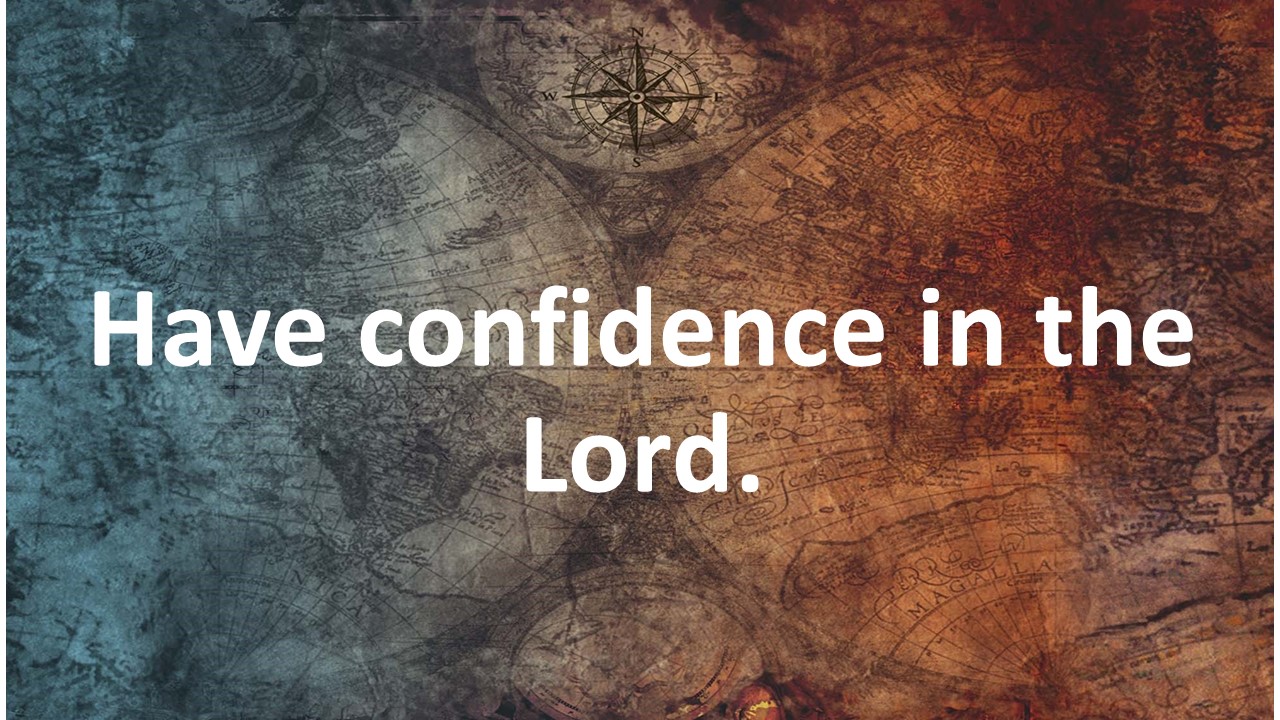 Paul, too, used his time in chains to write.[9] Changing our perspective from seeing obstacles to seeing to seeing opportunity will help us find strength to get through such times. Furthermore, by being steadfast and faithful during such challenges, we demonstrate to the world our faith and hope. There are many people out there needing to see that Christians aren’t just all talk, that we really do have confidence in our Lord Jesus Christ. So we should take the high road, while trusting in the Lord and letting him receive the glory. Amen.