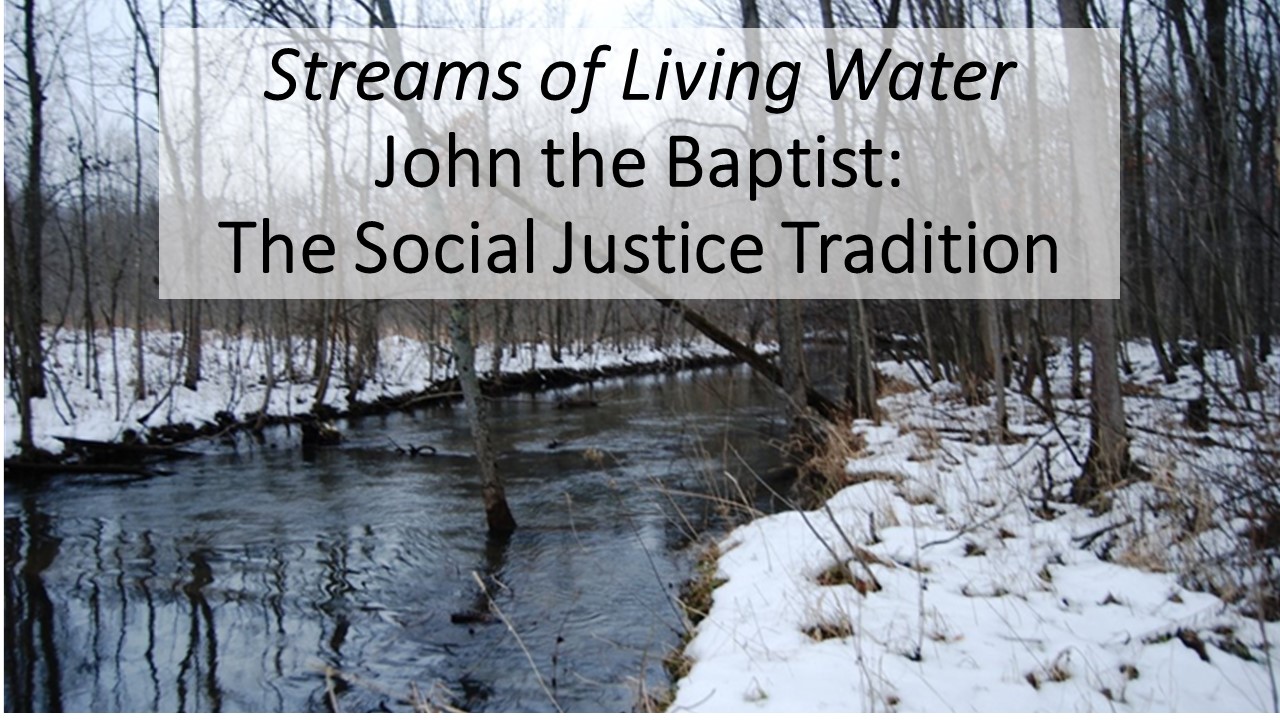 Those of us who anticipate the coming of something great during this season may, once again, be sucked in by Madison Avenue. If the magic of Christmas is nothing more than a soda, we’re a poor lot indeed. The message of Advent is that something is coming, something is happening, but it has nothing to do with a convoy of trucks. Coca-Cola, which has heavily invested in Christmas commercials for nearly a century, can make us thirst for a syrupy drink, but it can’t quench our thirst.[2] 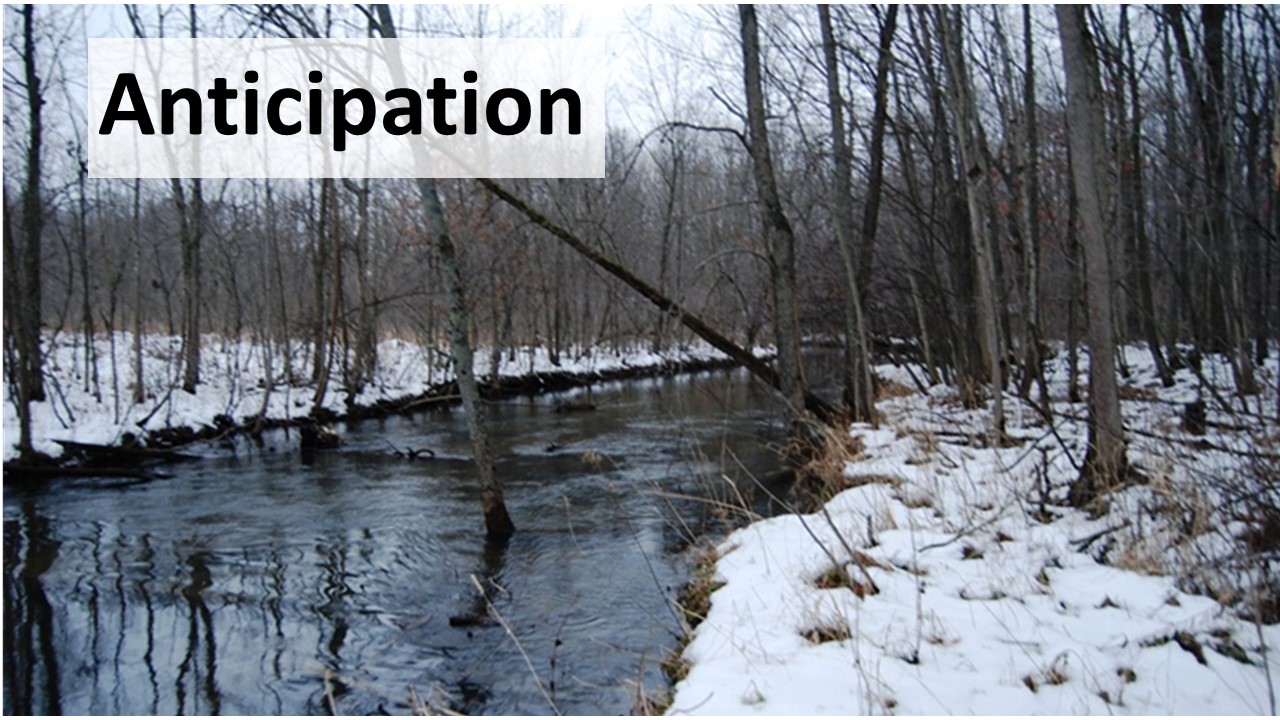 What are we to anticipate? Have our senses been so numbed that we’re forgotten? This is the season we remember God coming to us as child born to homeless parents in a stable in Bethlehem. God comes to us as a family who will soon find themselves as refugees as they flee Herod. The coming of the Messiah had been anticipated for generations when Jesus came. And those of us living between the first coming and the second still anticipate a more righteous world. This leads us into our third stream in which people encounter and respond to God with a longing for social justice. Today we are going to look at the character of John the Baptist through the lens of this desire for things to be made right in the world. Read Luke 3:1-20. 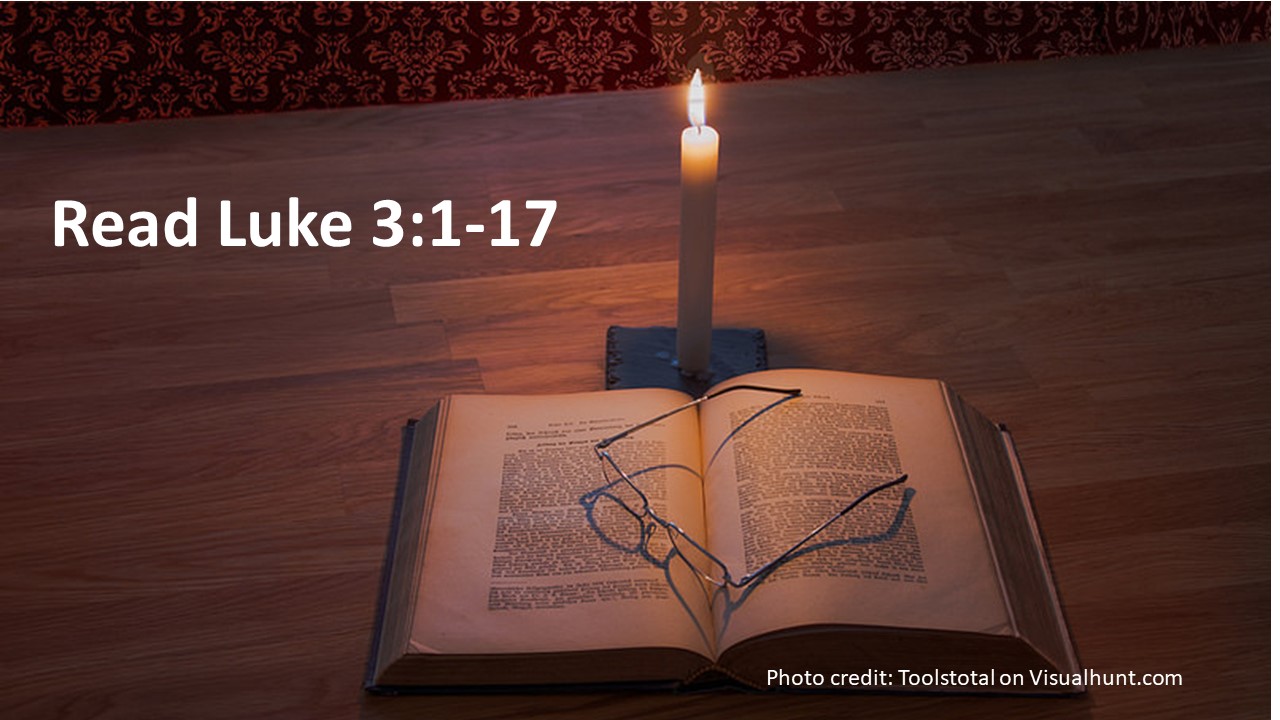 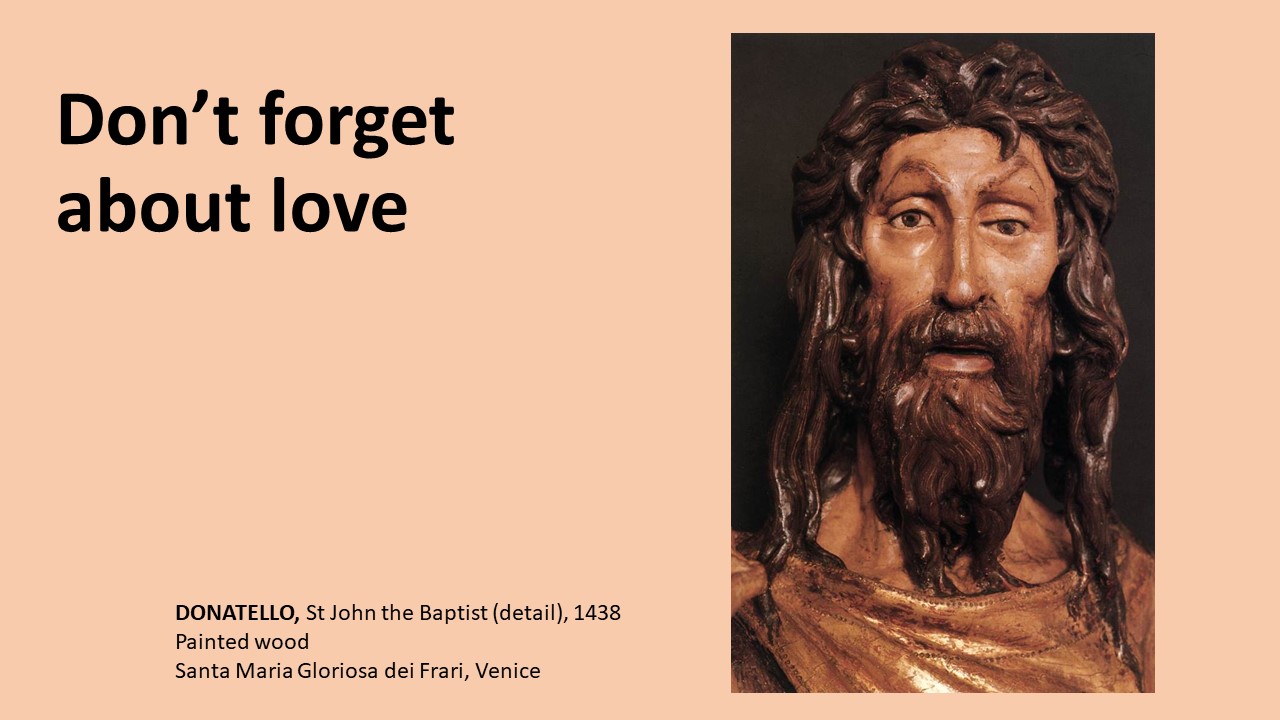 With all the hecticness of the season—the shopping, cleaning and cooking—we’re liable to forget about love. And when we read our New Testament passage for today, we’re not exactly reminded of it. Let’s be honest, John the Baptist does not give us warm fuzzy feelings. A wild man ranting and raving in the desert, calling people vipers and snakes, doesn’t sound like love to me. If it’s love, it’s “tough love.” 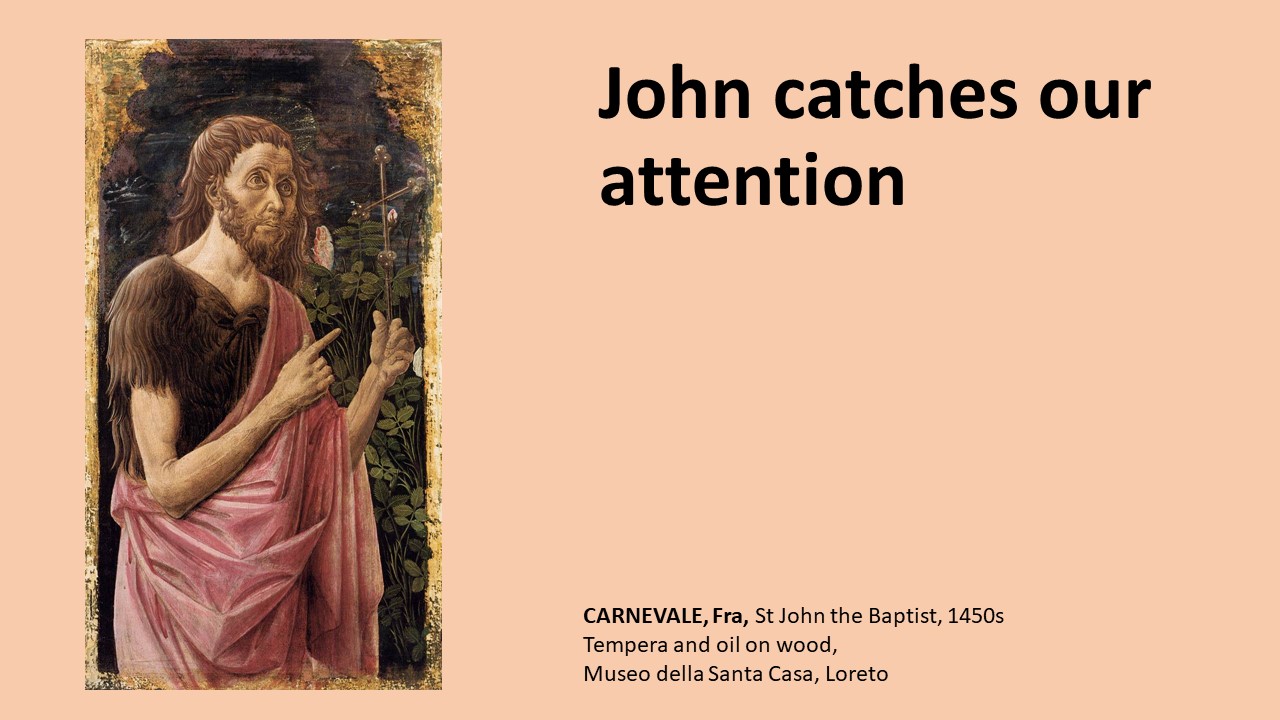 But John caught people’s attention with his unusual tactics. Although he preached judgment, when he got down to application, his message really wasn’t that tough. He told those who would listen that they couldn’t depend on the faith of their ancestors and that a certain level of behavior was expected from them. His message was to share and take care of one another and not to steal or cheat. If you think about it, he even supported the rights of soldiers and tax collectors to do their jobs. They just couldn’t use their position to extort money. Soldiers and tax collectors were hated because they worked for Rome, but that didn’t bother John as long as they are honest. And it must not have bothered most of those who listened because we are told they were rather excited about what he said. The exception to this was Herod. John bothered Herod, but to most, his message was refreshing. He lifted up hope for one who’s coming, the one from whom he’s preparing the way. 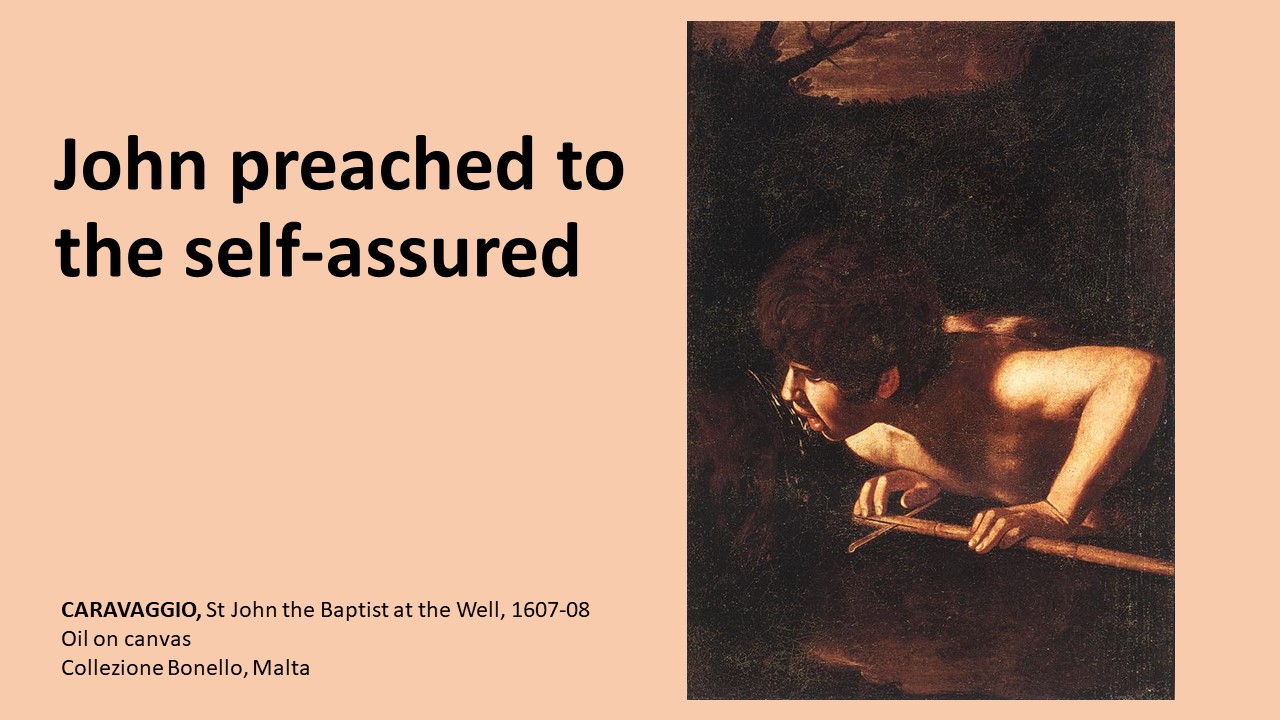 It’s interesting that John was able to pull off his message. After all, he preached to the chosen, those God hand-picked to be a light to the world. He tells these folks who feel secure in their covenant with God that they’d better shape up. He calls them to a new sense of righteousness, one envisioned by the prophets, a law written in their heart.[3] 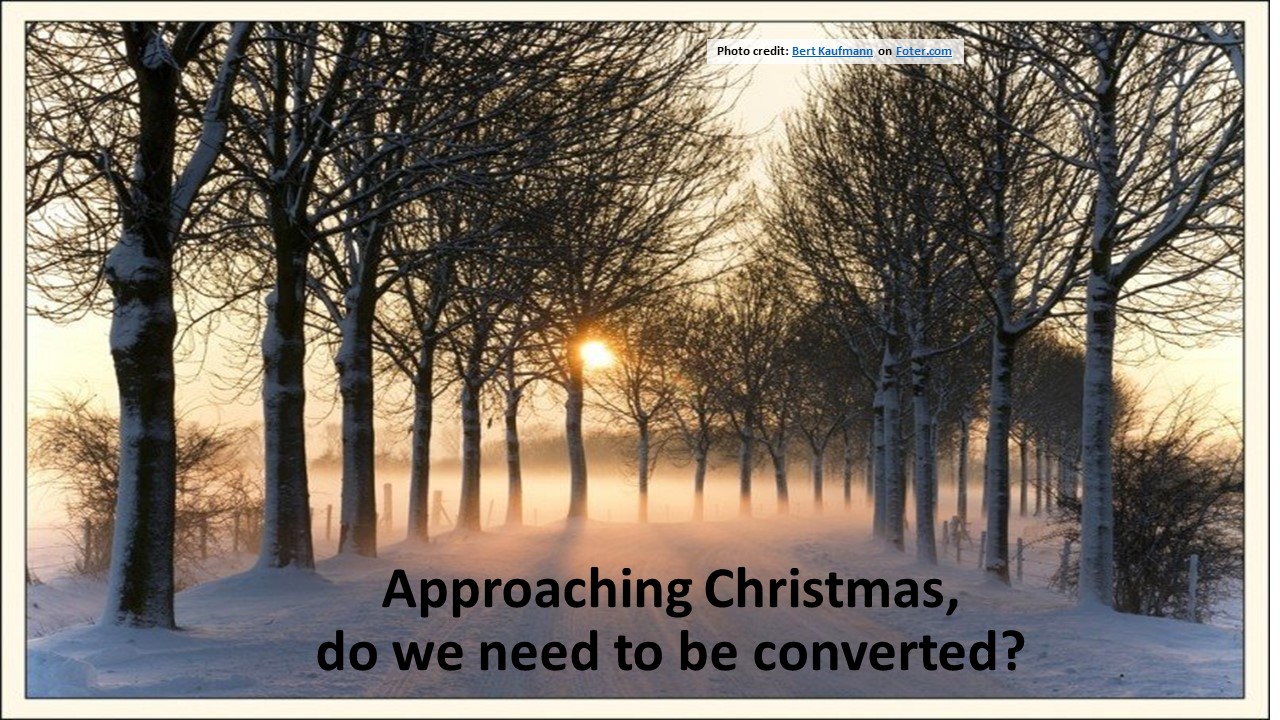 In other words they, like us, need to be converted. We to clean up our act so we can begin to anticipate what our God can do for us as opposed to what we can do for ourselves. We need to make room in our hearts for God’s desires, not our own.

Years ago I clipped a Christmas meditation from a church newsletter which read:

“All I want for Christmas!” Isn’t that just like our human hearts? What do I get out of this? As Christians, we know this isn’t right even though we are so enculturated by the traditional celebrations of the Christmas season that is somehow seems all right… kind of. What does God want?  God asks for only one thing—my heart.[4] 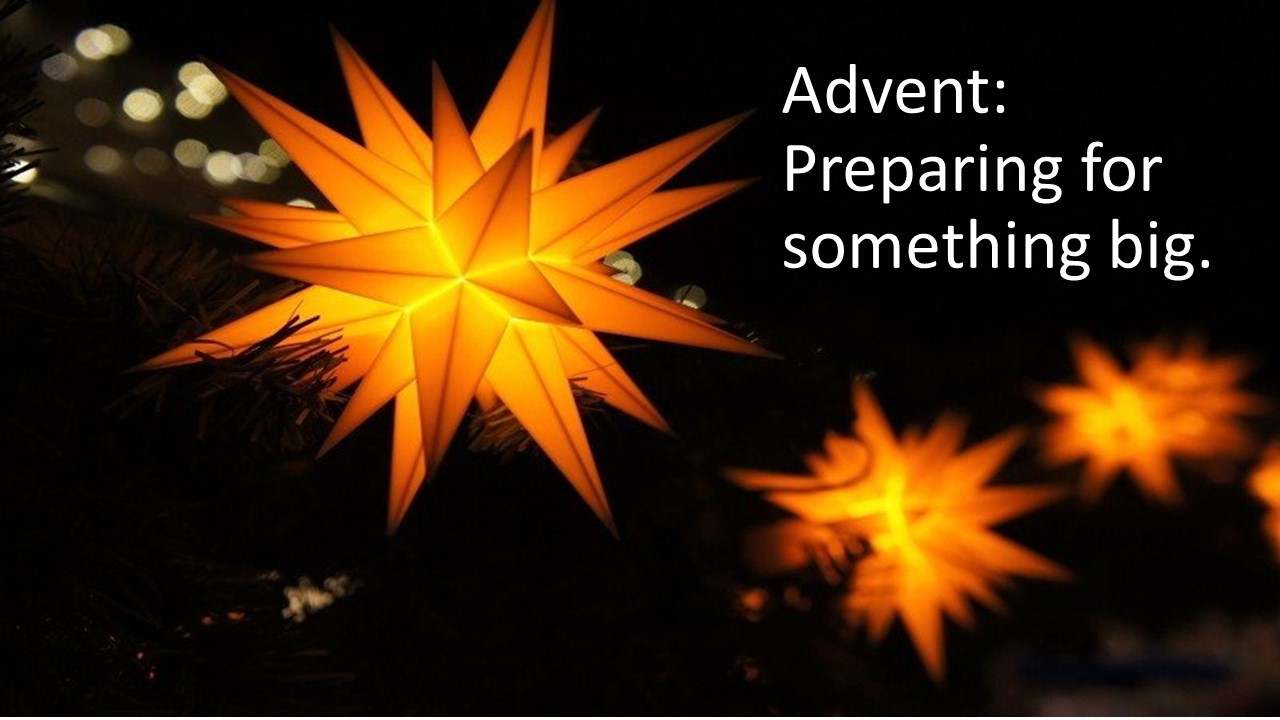 Advent is a time of preparing ourselves for something big. It’s a time to prepare our hearts for God. That means we must hear the messages of judgment and the call to repentance. And what better way to catch out attention that John the Baptist, who, like junkyard dog, growls at us. 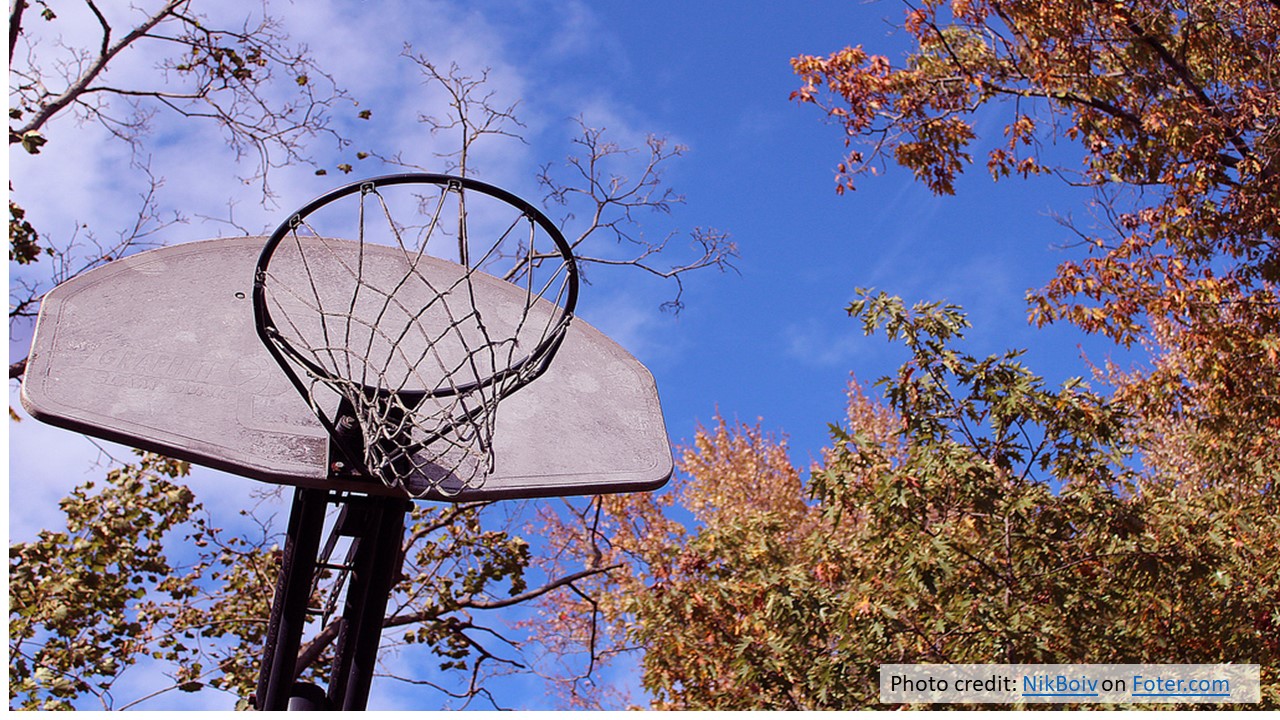 Years ago, in my mid-20s, I was living in a small house in Whiteville NC that had a basketball goal in the backyard. My neighbor kept a dog in a pen on the boundary between the houses. From what I could tell, this neighbor who was seldom home, fed and watered the dog, but otherwise mostly neglected him. Often, in the afternoon when I was done with work, I’d go out and shoot some hoops and the dog would bark and growl. I was patient and talked softly to the dog. Over time, I’d bring out a treat. In a few weeks, the dog calmed down and when I went out to shoot hoops, instead of growling, he be excited and yip and pant until I came over to give him some attention.

Likewise, John demands our attention and then, once he has it, softens his message to tell us to do what we’d expect from anyone. Be honest, be fair, and be generous. If we live such a way, we’ll be in good standing when the Messiah comes (or, in our case, when he returns).

Before leaving the text and moving on to discuss the Social Justice stream, let me say a bit more about what we read here. Luke, as he did in chapter two with Jesus’ birth, places the ministry of John the Baptist into historical context. We learn who’s in charge in Rome, as well as in the sub-kingdoms of Judea and Galilee and the surrounding area. We also learn who’s who in the temple. Luke then contrasts those in positions of power to a lone voice in the desert. We’re reminded here that one doesn’t have to be in a position of power for God to use to bring about major change in the world. 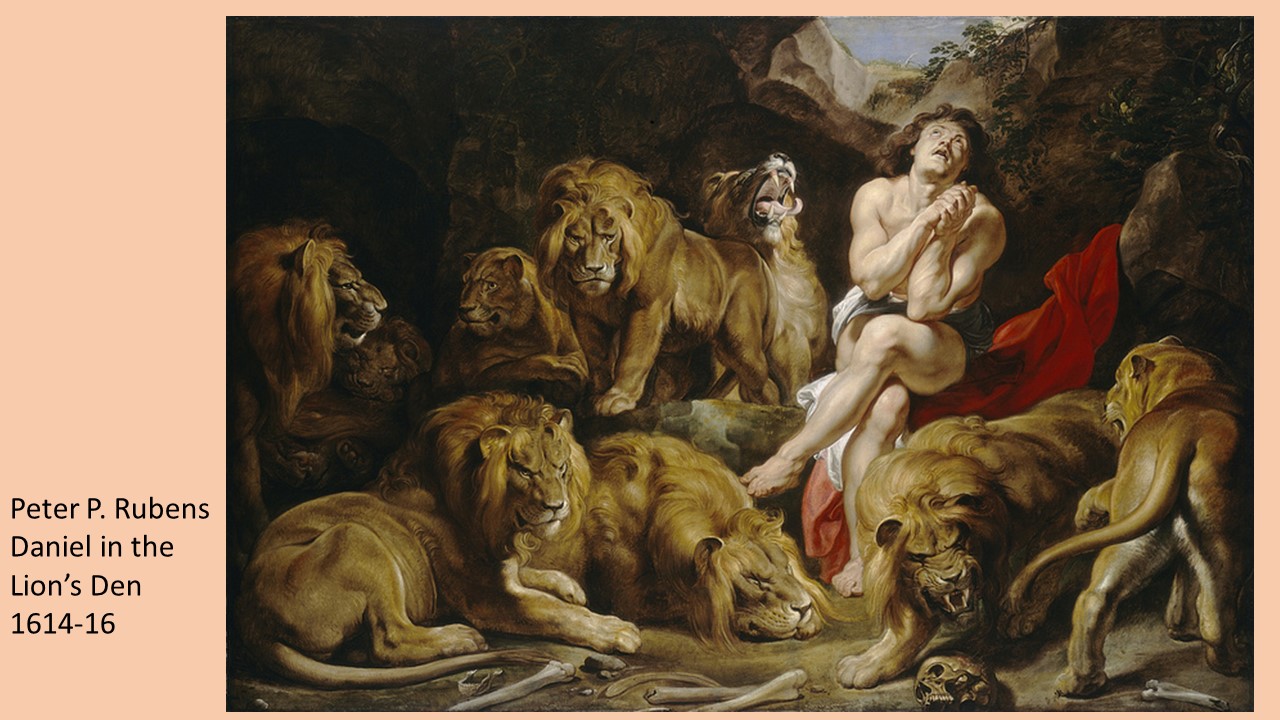 The social justice stream within the Christian tradition goes all the way back to the prophets who called Israel to change her ways, to take care of the poor, the widowed, the orphan, the foreigner. It’s a stream a lot of us would like to ignore, which is why we have to deal with John’s preaching before we get to Jesus’ teachings.

There are those who want to discount the Christian role in fostering Social Justice. That’s unfortunate. To ignore calls for social justice in scripture is to understand only a portion of the good news. 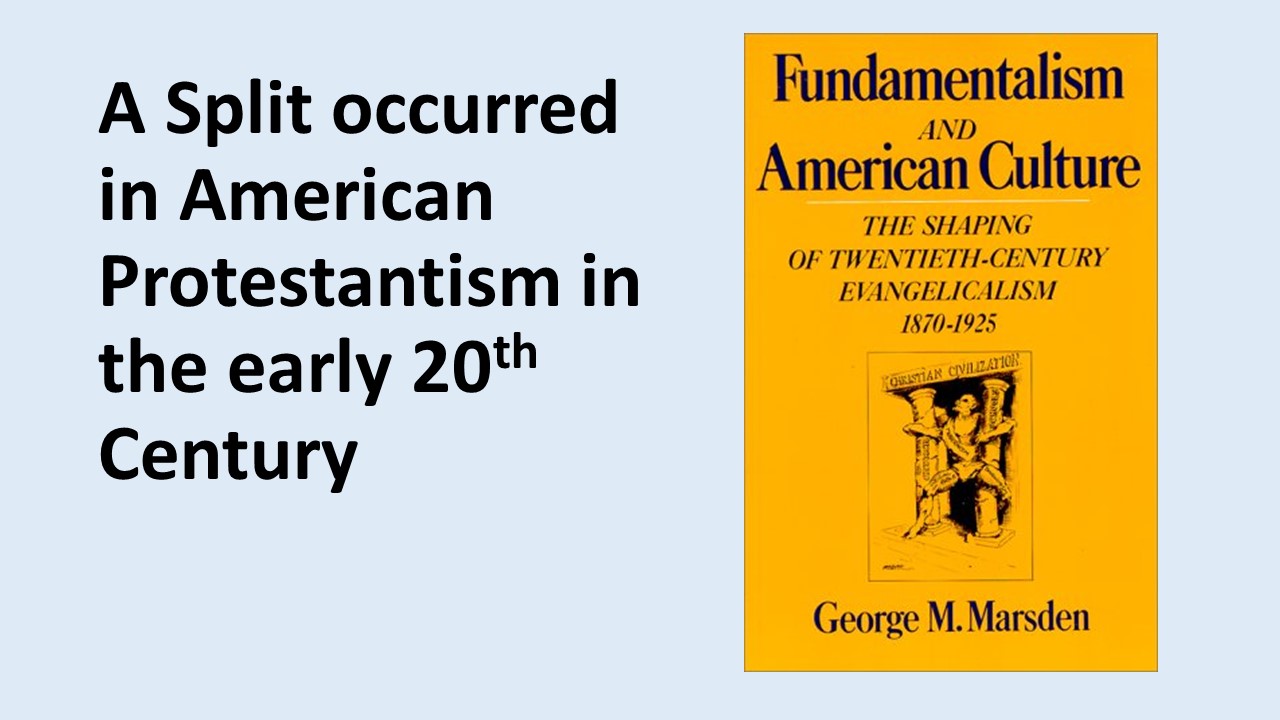 Sadly, in the early 20th Century, there was a split within the Protestant movement that created two different camps. In the 19th century, the Protestant movement in America tended to be evangelical regardless of denomination. This movement brought about great changes in society, from public schools to working to abolish slavery. All kinds of parachurch organizations flourished, supporting ideas as diverse as women and worker’s rights, anti-child labor laws, temperance and such. Then, especially after the First World War, some of the groups became more radical while others called on the church to just focus on saving souls. The divorce that followed (and there were both camps within most denominations) led to the fundamentalists who emphasized personal salvation and others who mainly focused on improving society. Sadly, neither camp has the full gospel story.[5] 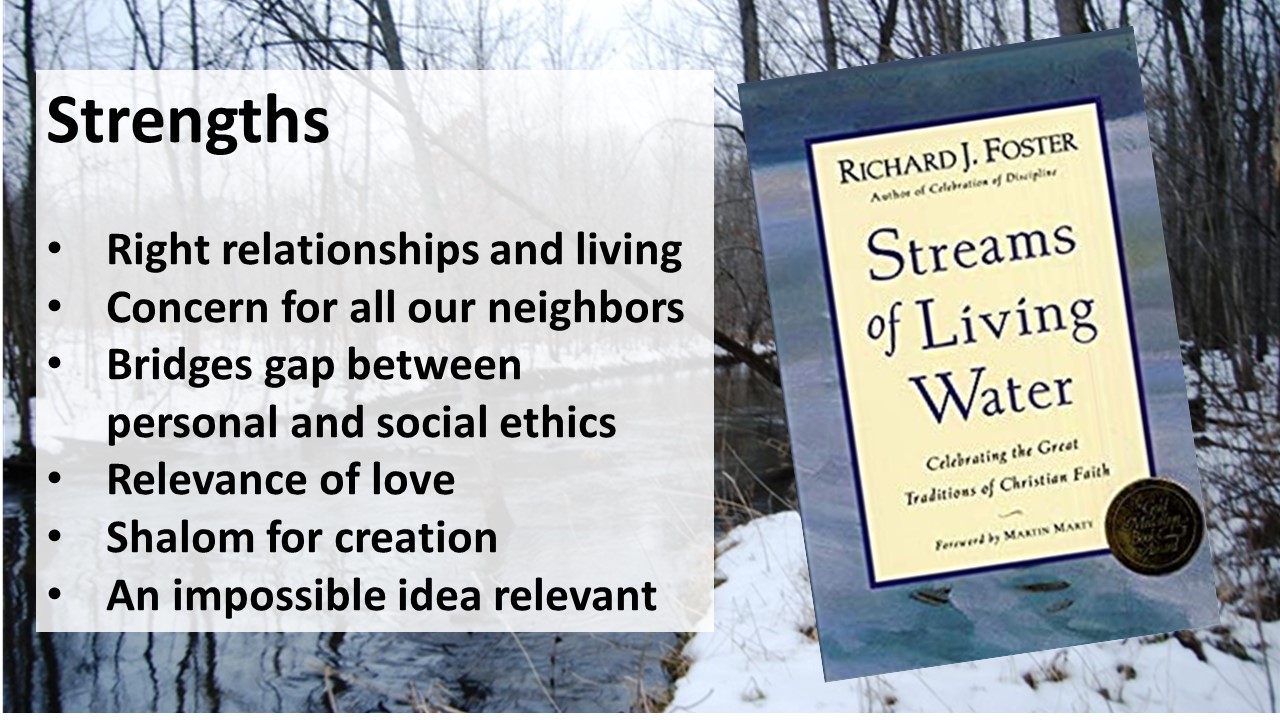 The strengths Foster outlines for this tradition includes an emphasis on the right ordering of society. This world isn’t the way God intended it to be and as followers of Jesus, we must do our part to foster a better world. Secondly, the call for social justice reminds us of our connection to all people. We are all created in God’s image and called to work for a vision in which everyone is treated well. All of us have the divine imprint stamped into our DNA. A concern for social justice bridges the divide between personal and social ethics. We can’t push for one and ignore the other. We are to treat our neighbor next door well, but that doesn’t mean we should ignore our neighbor a continent or two away. Concern for social justice provides relevance to love, saving it from sentimentality. It raises concerns for ecological issues as we seek peace or shalom for all of God’s creation. And finally, a concern for social justice keeps an impossible ideal (God making the world new) relevant. We can’t fulfill this desire by ourselves, we must depend on God.[6] 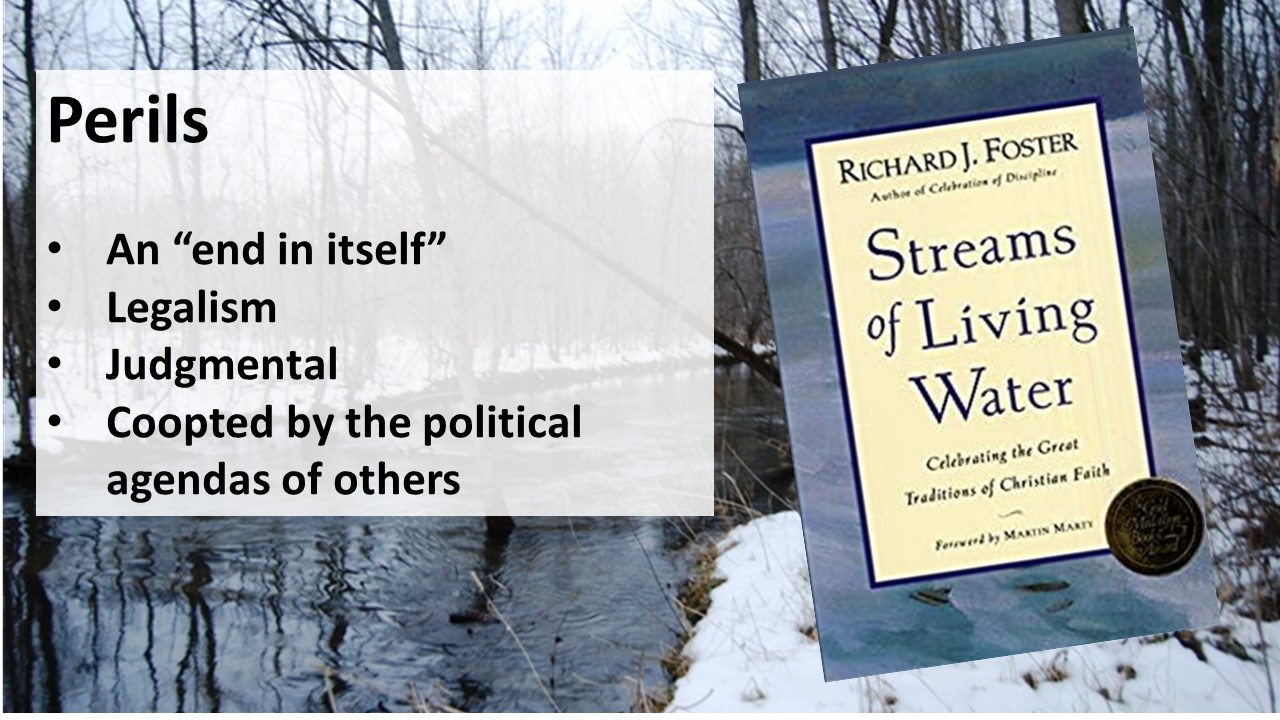 Of course, if we stick to just this stream of faith and ignore the others, there are dangers. We risk making social justice “an end in itself.” This can lead to burnout, while causing us to ignore God’s activity in other areas of our lives. Another danger is that we become so focused on the dream that we forget the necessary work within our hearts. We risk become legalists, or being judgmental against those who hold different views. And finally, the biggest danger is that we risk being coopted into the political agendas of others.[7] “If you are anti-abortion, you must be one of us…” or “if you’re pro-human rights, you must be one of us…” Sadly, this is how the world works. I think this is why Jesus said to the disciples when he sent them out into the world to be wise as serpents,[8] for he knew that his message could be used for other agendas.

We must see the importance of social justice through the scriptures. Our God advocates on behalf of those oppressed, from the Israelites in Egypt, to the concern of the prophets who cried out on behalf of the marginalized, to the New Testament Church and its concern for the well-being of all its members.[9] Those who call us to be concerned for others can’t easily be dismissed when seen in such a light. 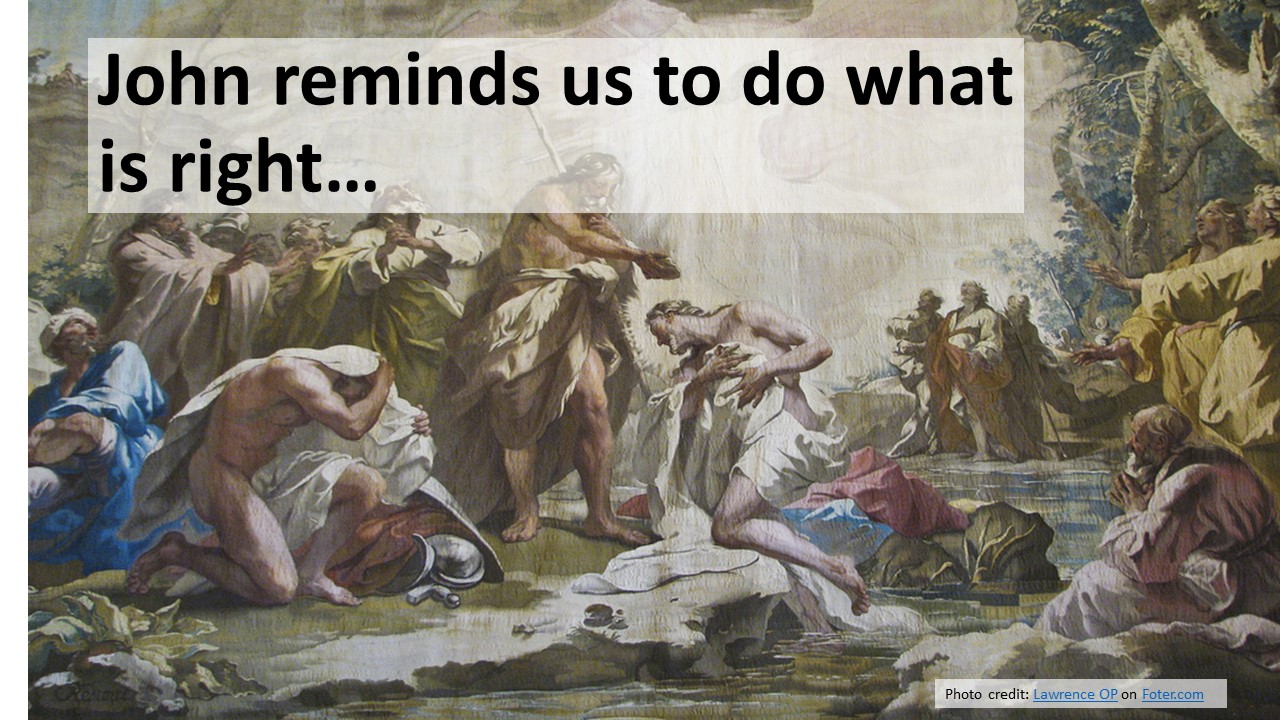 John reminds us to do what is right. Prophets have been giving this message in Israel for ten centuries. Most were okay hearing such a message as long as it applied to someone else. But John’s message, as we see this morning, cuts across lines. He calls on all people to do what is right. Those with abundance are to give to those without. Those with physical power, are not to abuse, nor are those with financial power to be greedy. They are to live just and honorable lives. And so are we. Amen.

[1] A piece of this ad was shown with an ending message reminding us that Jesus is the reason for the season. https://www.youtube.com/watch?v=ccNzBhTcehs

[4] This meditation was written by Kathy Terrion in the 1990s. She was a pastoral assistant at Mt. Olympus Presbyterian Church in Salt Lake City.

[5] This is a bit of a simplification. There were other issues, too, such as the rise of communism, the use of Biblical criticism, and the teachings on evolution. For more information see George M. Marsden, Fundamentalism and American Culture: The Shaping of Twentieth-Century Evangelicalism, 1870-1925 (London: Oxford Univ Press, 1980) and Understanding Fundamentalism and Evangelicalism (Grand Rapids, MI: Eerdmans, 1991). As for both camps lacking the full understanding of the gospel, see Jack Haberer, GodViews: The Convictions that Drive Us and Divide Us (Louisville, KY: Geneva Press, 2001).