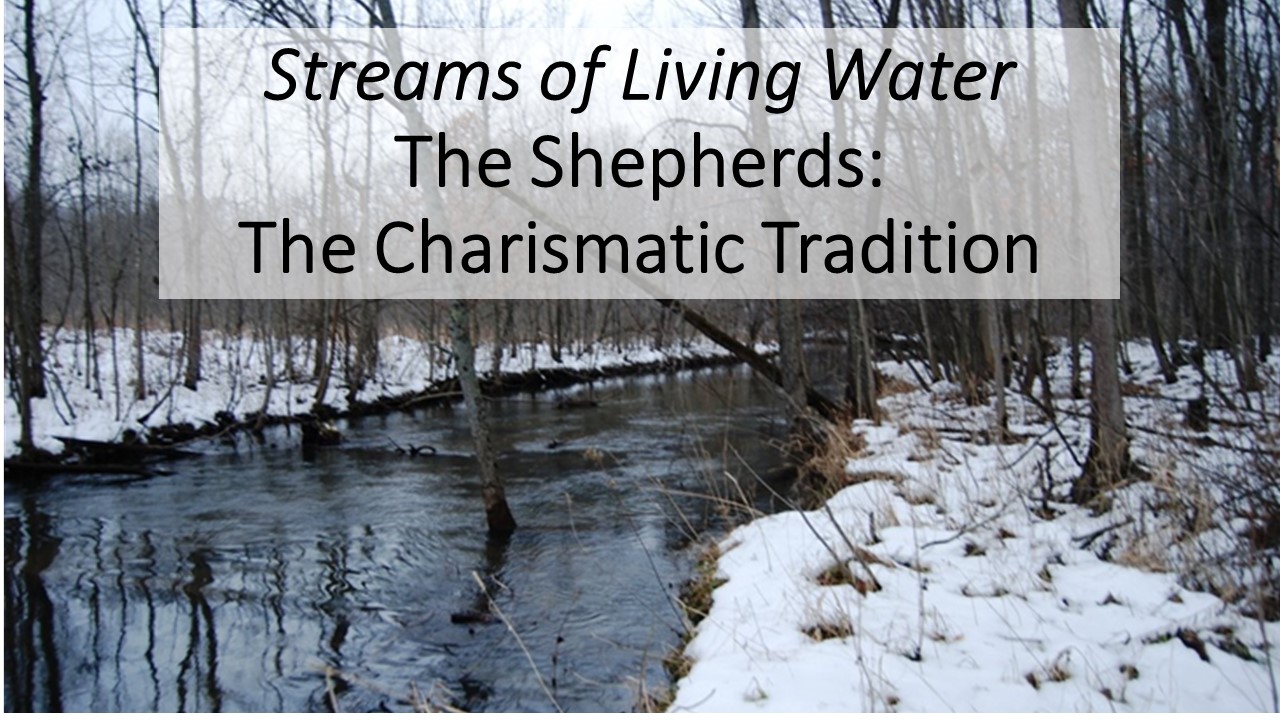 This Advent and Christmas season we have explored the traditional passages of the season through the lens provided in Richard Foster’s book, Streams of Living Waters. Foster outlines six different Christian traditions.[1] As I’ve noted, you can find support within scripture for each. Yet, each one has a different way of encountering and responding to God. Today, we’re going to look at the Charismatic tradition through the Shepherd’s role at the nativity. Charismatic might be a word that causes us to be uneasy. It conjures up images of wooden white-washed Pentecostal Churches: talking in tongues along with extremely enthusiastic worship running the gambit from passionate singing to dancing to even (on the fringes) snake handling.

But that’s not really what being charismatic is all about. It’s about being open to the leading of God’s Spirit, and while there are excesses as with any of the traditions, all Christians should be open to the Spirit. Let’s see what this stream means as we consider the role of the shepherds. Read Luke 2:8-20. 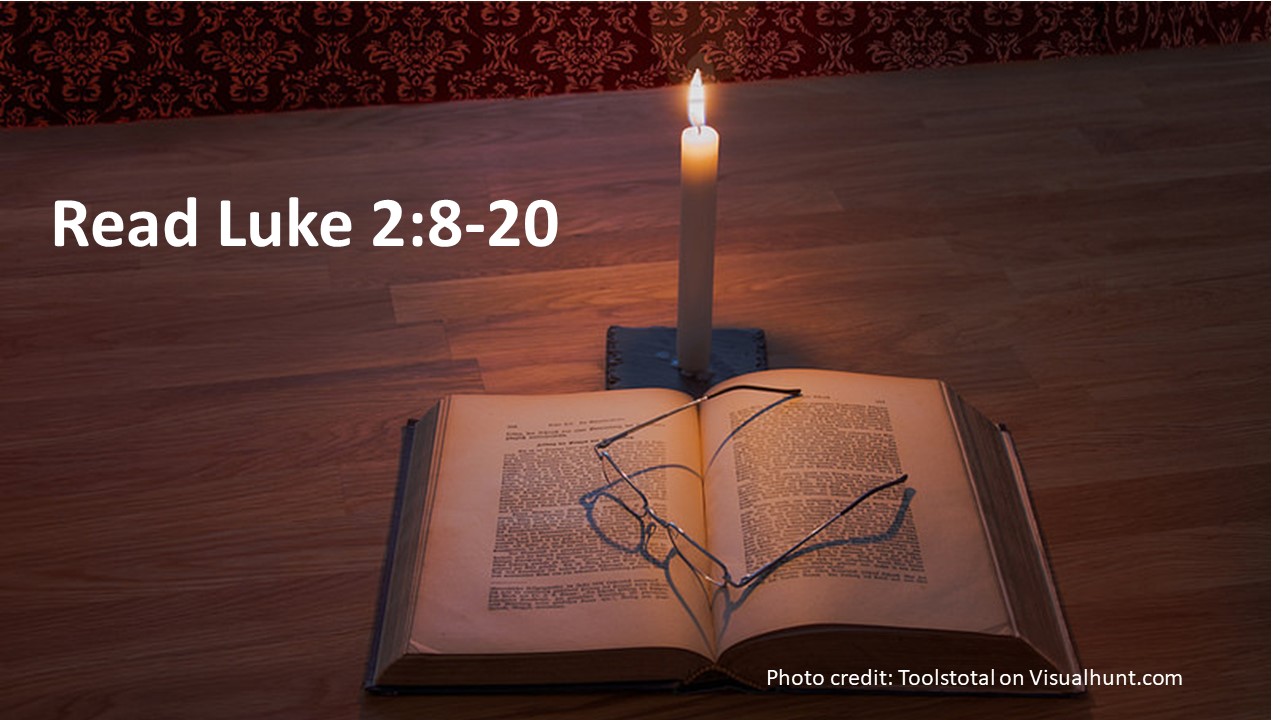 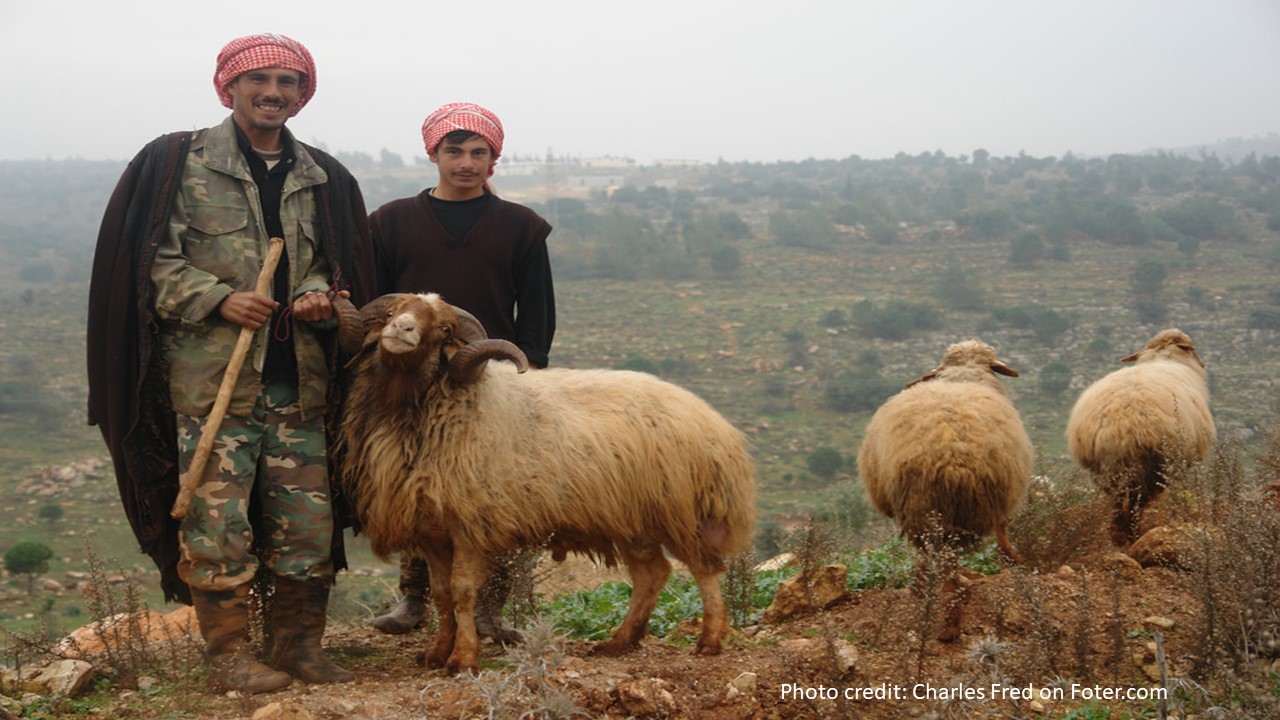 The shepherds were folks on the margin.[2] They were the cowboys of their day, spending extensive amount of time out with the flocks, watching over the animals to keep them safe from poaching or wild beasts. When they came to town, they probably wanted to tie one on. Instead of heading to a synagogue or the temple, they would have stopped by at the first available saloon serving cheap booze. “Give me a bottle of rotgut,” they’d demand. Even though Israel celebrated their Shepherd King, David, and they likened God’s guidance to a shepherd (as in the 23rd Psalm), real live shepherds were look down upon. After spending a week or so on the range, without baths and in an age without deodorant, shepherds weren’t exactly embraced when they came into town. Being a shepherd was to be at the bottom of society, yet it’s to them that God chose to reveal himself as a child. 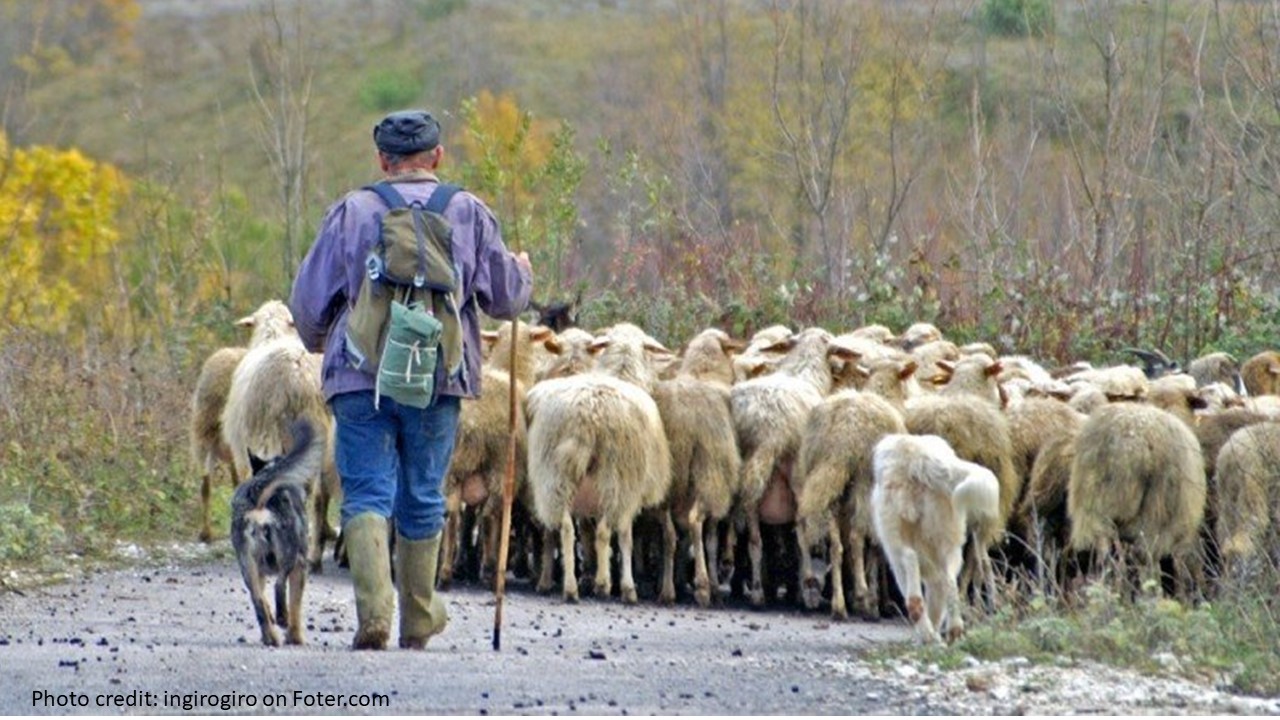 For many people, God’s decision to announce the birth of God’s son to unlikely, ordinary and underserving people didn’t make sense. Those in Herod’s court, or the priest in the temple, or the lawyers or business men made better sense. But instead, there are two groups that God choose to share this secret: shepherds and wisemen. The Christmas story reminds us that even the lowly, the despised, and the foreign can be used by God to carry out the divine plan.

When the angels appear to the shepherds, their first words are “Fear Not.” When God chooses to be revealed, it’s not an occasion for fear even though it’s frightening. The correct response is to rejoice, as the angels encourage the shepherds with their song of praise. Their song has two great themes: glory and peace. Glory is all about God in heaven. Peace is possible on earth because of God’s glory in heaven. And Jesus is the pivot where the heavenly glory and earthly peace are joined. 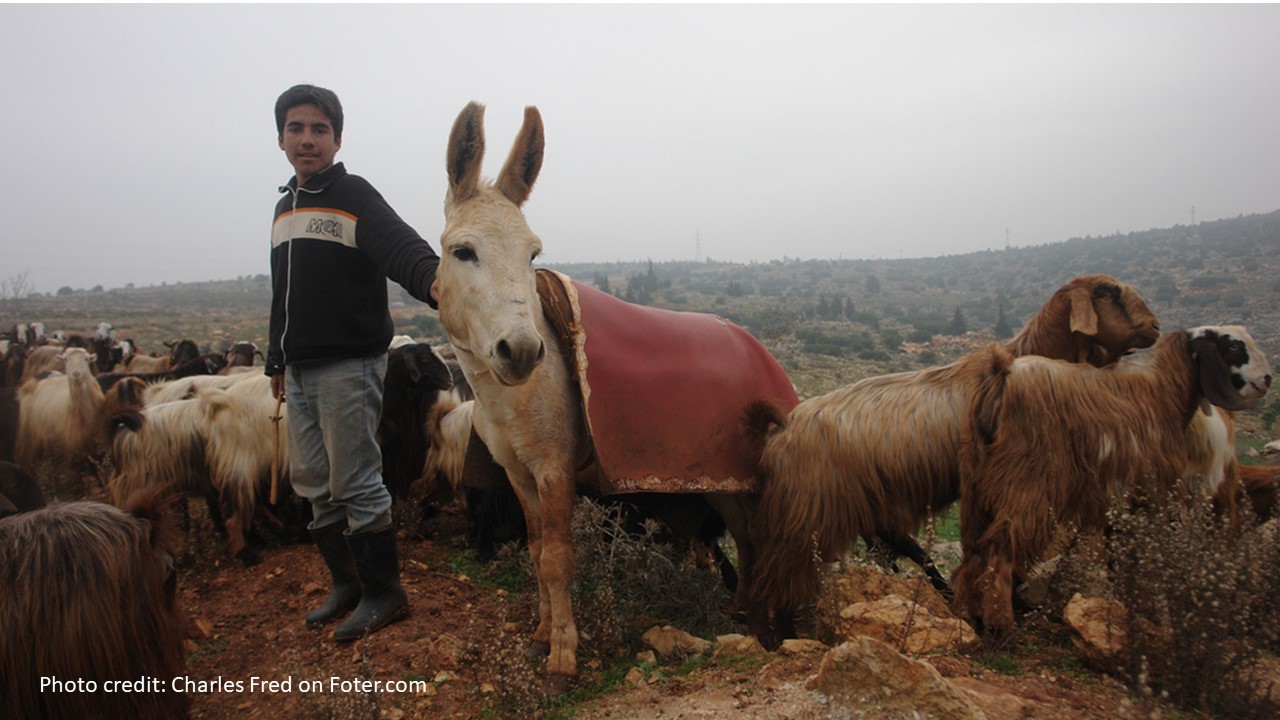 Historians tell us that he shepherds were living in a peaceful age. In 31 A. D., Octavian, known also as Caesar Augustus, defeated Mark Anthony, a victory that ushered in an almost 100 year period of peace for the Roman empire. During this time there were no major wars or even major revolts. Pax Romana or the peace of Rome allowed prosperity across the empire, but it wasn’t a pretty peace. The Romans ruled with a brutal iron fist over their conquered territories. The cross helped them maintain their so-called peace. That’s not the kind of peace Jesus brought into the world. 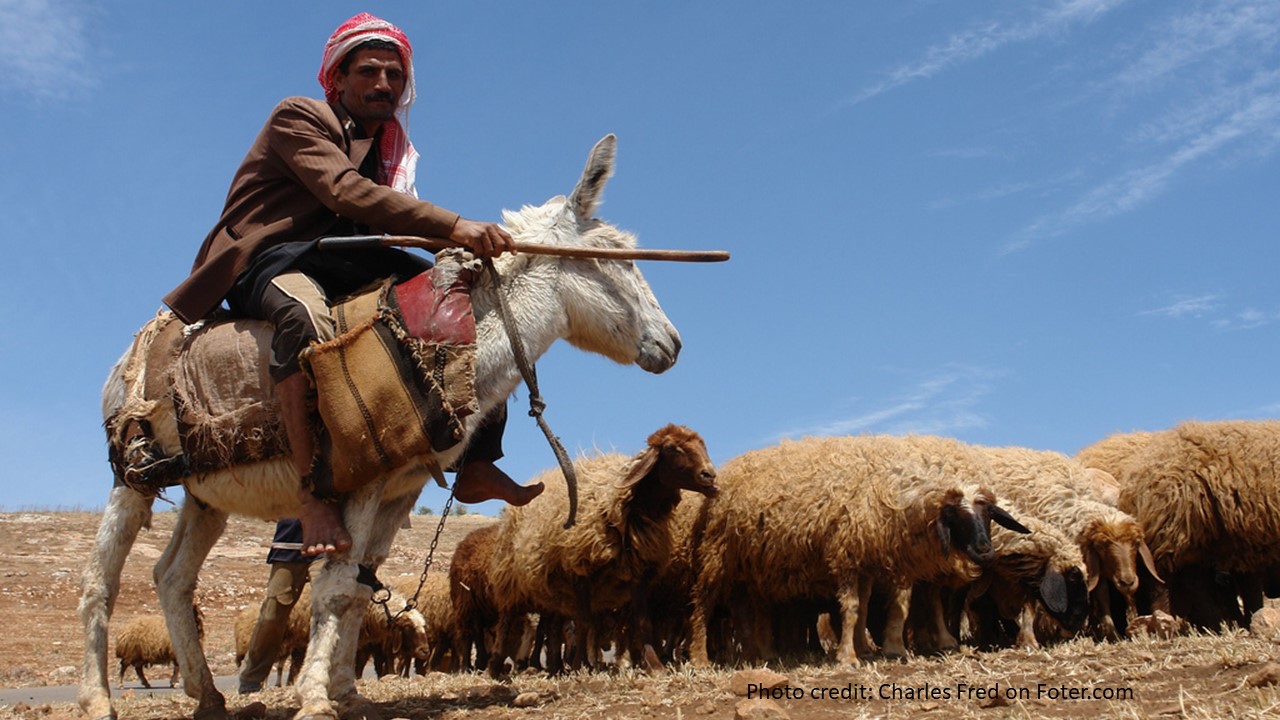 It’s a good think our Lord’s birth wasn’t first announced among the Roman authorities. After all, they felt they had peace and, as Matthew’s gospel tells us, would to go to any extreme to maintain that peace including killing potential challengers to the existing order. But the shepherds, whose marginal lives did not benefit from the Roman prosperity, were able to experience peace at the manger. For them, Jesus’ birth was Good News.

Now let’s think about the shepherds from the perspective of the charismatic stream. For those of us in the Reformed Faith, charismatic experiences might seem far-fetched, but I’ll let you in on a secret, there are a few Pentecostal Presbyterian Churches.[3] More importantly, we shouldn’t get hung up on the emotional pull of Pentecostalism, but instead realize that the Holy Spirit plays a significant role in our own tradition. 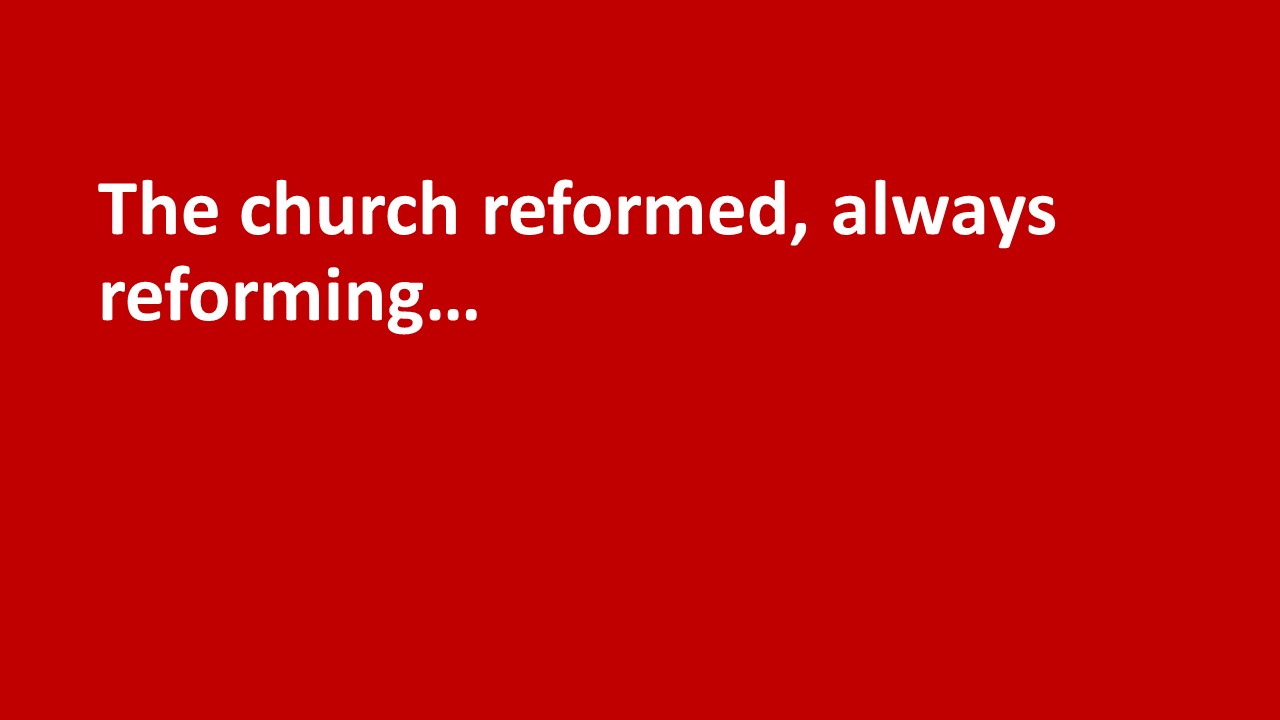 There’s a Reformed slogan you may have heard… Anytime anyone wants to change anything within the church, they’ll liable to shout, “The Church Reformed, Always Reforming,” claiming it as support for doing something new. While it’s important for the church to do new things, we need to understand that favorite quote is actually misquoted. “The church reformed, always reforming” sounds than all reforming is good, but it’s missing a key part of that Reformation saying. 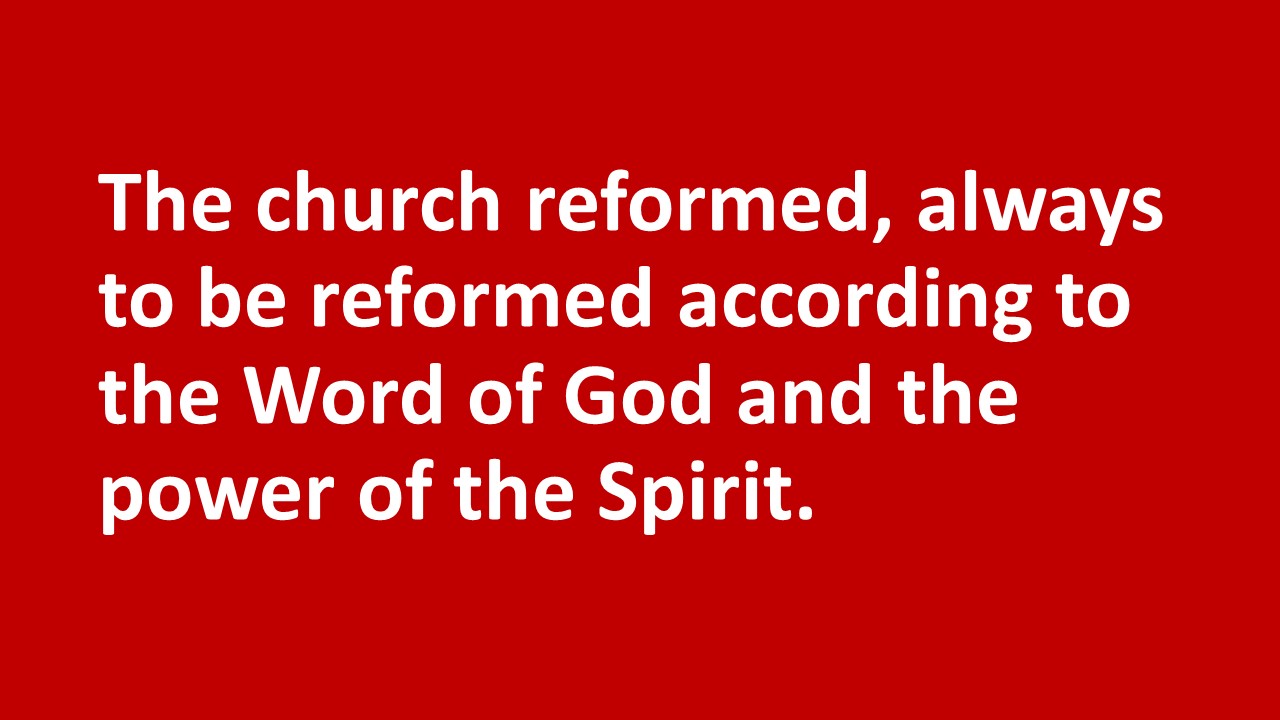 The correct quote is “The church reformed, always to be reformed according to the Word of God and in the power of the Spirit.”[4] In other words, we reform as we see our faults through God’s Word and are led by the Holy Spirit. Catch that? We are to be led by the Spirit—that’s charismatic! We are to be open to God’s Spirit guiding our sanctification. That’s what being charismatic is all about—it’s embracing the gifts that God gives, that comes from God’s Spirit. 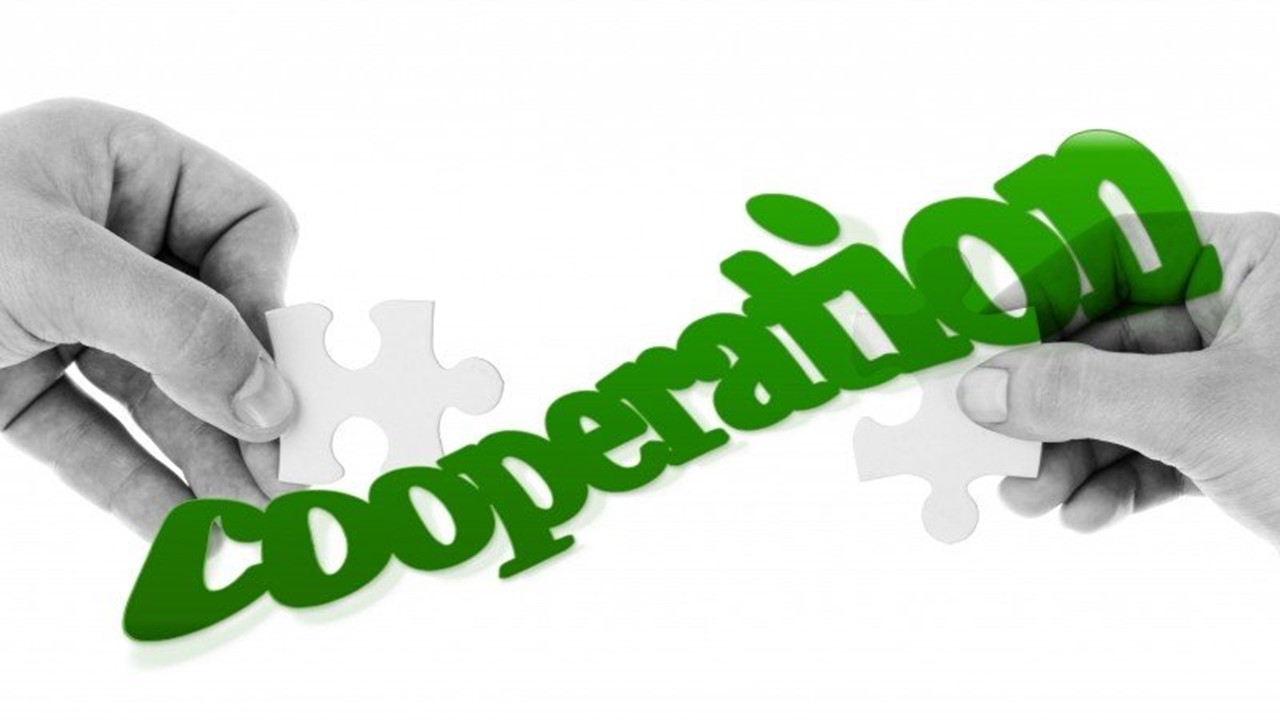 “We do not live our lives ‘under our own steam;’” Richard Foster writes. “We were never created to do so. We are created to live our lives in cooperation with another reality.”[5] As believers, we must be open to following where God’s Spirit leads. Like the shepherds who abandoned their flocks to check out what the angels had revealed to them, and who praised God when they encountered the baby in a manager, we have to be open to where God might be leading us. 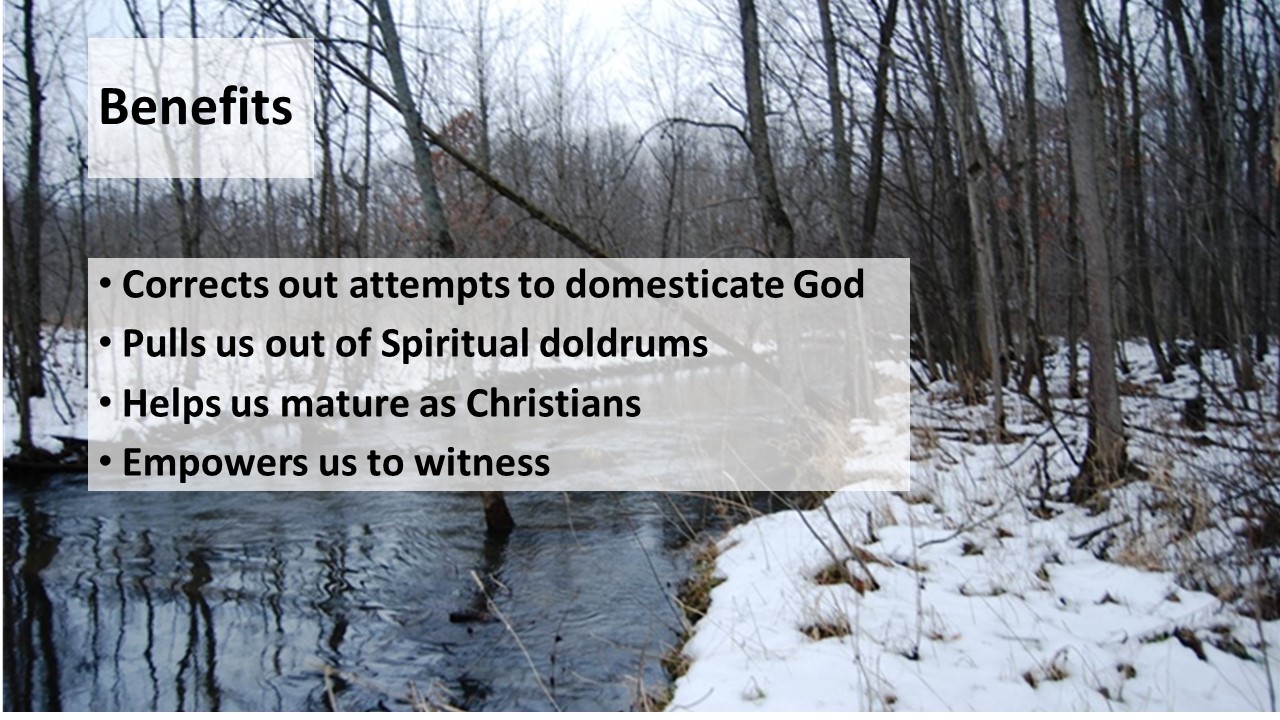 Foster provides four benefits of this tradition. Being open to the spirit helps us correct our attempts to domesticate God. This can be a problem. We like to put God in a box. It allows us to pretend we have some control over God. We forget that Jesus teaches that God is like the wind, free to blow where he chooses.[6] We can’t control God or the wind. Secondly, when we are open to God’s Spirit, we can be pulled out spiritual doldrums. It’s easy to be satisfied with where we are at spiritually, yet not be growing. Since none of us will obtained a perfected sinless state in this life, we are all called to continue growing spiritually. Being open for charismatic gifts helps us mature as a Christian. And finally, this stream empowers us to witness to the great things that God can do through us when we are open to his Spirit.[7] As Jesus teaches, with God, all things are possible.[8] 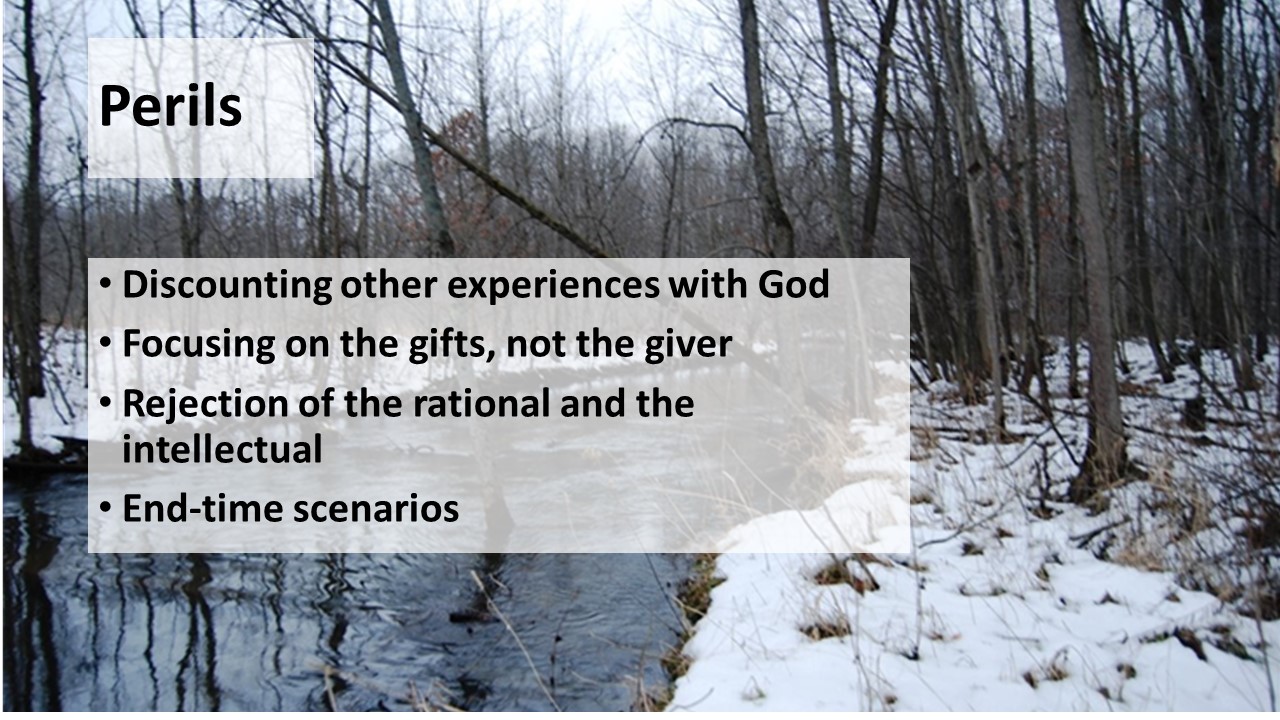 Of course, there are some perils to over-emphasizing the charismatic stream. If we think ours is the only way to encounter God, we discount other experiences of the divine as we focus only on that which we’re comfortable. We also risk focusing mainly on the gift, not the giver. This stream, by itself, also risks the rejection of the rational and the intellectual. We can also emphasize the Spirit’s gifts so much that we forget about the fruit of the Spirit, those places in our lives where we show evidence of God’s on-going sanctification. Finally, this tradition seems to have been the source of many end-time scenarios that lack theological and even Biblical foundations.[9] 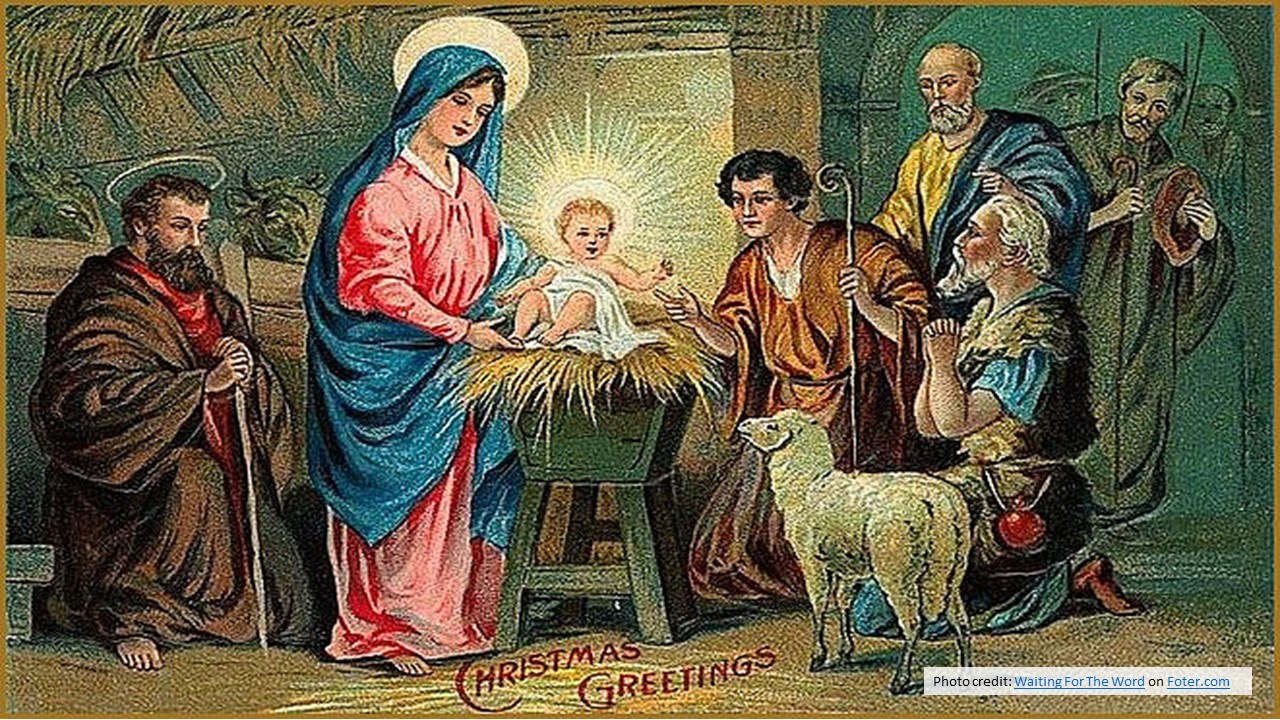 Again, just because we draw upon the charismatic stream doesn’t mean we’ll talk in tongues or become faith healers, although we shouldn’t outright dismiss such practices even if it’s not for us. There is a lot we can learn about being open to the Spirit. We can try to be more open by laying our hands on those over whom we pray. We can strive to be freer in our worship experiences. The shepherds were called that evening outside of Bethlehem to leave their positions of comfort as they laid on the hillside, probably by a fire, warming themselves while listening for sounds of danger within their herds. That was a life they knew. Yet, they are called to leave, for short while, their life on the pasture and seek out a child coming with the promise of peace. As they sought Jesus, they experienced God in a new way. 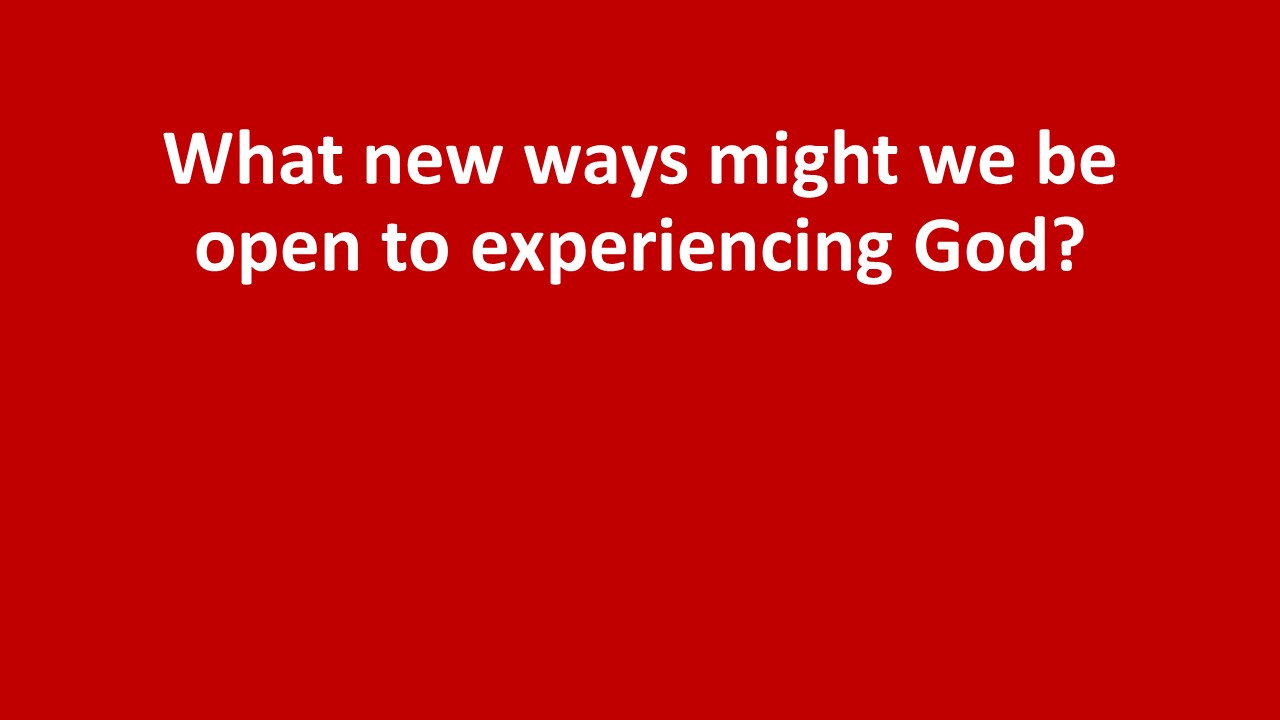 Charismatic means being open to the Spirit. The shepherds were. Are we? Amen.

[2] It has also been noted by historians that many of the early members of charismatic and Pentecostals were also on the margins of society.