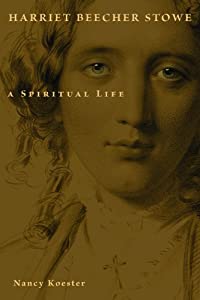 Harriet Beecher Stowe is best known for her novel, Uncle Tom’s Cabin. The novel’s popularity fueled the anti-slavery movement in the North and helped change the narrative of the American Civil War from an attempt to restore the Union to a crusade to rid the nation of slavery. The novel is often criticized for being overly sentimental. It has been ridiculed even in the African American community. The term, “Uncle Tom,” is used for members within the community who were unwilling to fight back against white supremacy. In the novel, Tom is a Christ-figure, who accepts his death after a severe whipping for not being willing to whip other slaves to force them to work harder. Malcom X called Martin Luther King an “Uncle Tom,” although that’s not surprising considering Malcom was not a Christian and would not understand the sacrificial position of Uncle Tom or Jesus Christ. Despite these criticisms, the book was a best seller in the 19th Century America and Great Britain. The book not only encouraged the American abolitionist movement, it’s popularity in the United Kingdom help keep Britain from coming into the war on the South’s side.

Stowe was more than just the author of Uncle Tom’s Cabin.  She was the daughter of Lyman Beecher, a well-known Calvinistic preacher whose large family produced many major public figures during the middle of the 19th Century including Henry Ward Beecher, who is often considered the greatest preacher of the century. Henry was close to his sister Harriet, and together they worked against slavery. Lyman’s other children were also accomplished in their fields.

Harriet Beecher married Calvin Stowe, a widower without children. Calvin was also a theology professor at Lane Theological Seminary in Cincinnati, where her father was President. It was a struggling school that was made even more challenging sitting across the river from Kentucky, a slave state. While in Cincinnati, Harriet began to publish articles in various papers. After the publication of Uncle Tom’s Cabin, she would be the primary breadwinner of the family. Later, Calvin moved his family east to take a position in Maine and then to Andover Theological Seminary in Massachusetts. This had an added advantage of Harriet being closer to her publishers (she often would visit them in New York while staying with her brother Henry in Brooklyn).

With Harriet’s success, the Stowes made three long trips to Europe, building relationships with British abolitionists. Harriet, like many of her siblings, moved away from her father’s stricter Calvinistic views. She questioned eternal damnation and the idea of predestination. In her travels to Europe, she began to appreciate the Catholic Church and, after her husband’s retirement, became an Episcopalian. She also dabbled in spiritualism and seeking to connect to those who had died, especially after the death of her son. While this was more than just curiosity, she always maintained that a Medium could not offer the comfort of Jesus. She may have left behind much of her father’s theology (and she blamed Jonathan Edwards for what she was as problematic with New England Calvinism), she remained firm in her commitment to her Savior.

In the Civil War, her son would lead a company of freed blacks.  Racial reconciliation remained important to Harriet, but she also worked on other social reforms of the day. Although she saw her primary role as a wife to her husband, she was also supportive of the women’s right movement and knew many of the early founders.

Harriet had a strong sense of what was right and wrong. On her European travels, she had met Lady Bryon, the estranged wife of the poet Lord Byron. Harriet had been told of Lord Bryon’s affairs and even incidences of incest. After both of their deaths, Lord Bryon’s last mistress wrote a book about her life with Bryon and attacked his wife as cold and unloving. Harriet felt she needed to set the record straight and wrote an article (and later a book) pointing out the poet’s failures and comparing him to Satan, who used his charm for seduction instead of for God’s glory.  For this, Stowe was criticized, but it was something she knew how to handle after the publication of Uncle Tom’s Cabin. While the book was popular in the North, she was despised and criticized in some corners in the North and across the South. Stowe’s critique of Lord Bryon provided inside into the control of a patriarchal society and while the book was published a few years before the “Me Too” movement, it appears Stowe would have been sympathetic.

Harriet and Calvin’s life had many tragedies. One was the loss of a son by drowning a few years before the Civil War. Another son, Fred, was wounded in the ear during the war was in constant pain afterwards. His parents purchased him a farm in Florida with the hope he could start a farm that gave work to freed blacks. Fred eventually left the farm and took to the sea, and never again saw his parents. Fred Florida adventure did introduce the Stowes to the state and they began to spend their winters there. She would write two books that help popularize the Florida to those in the north. A half century before Marjory Stoneman Douglas’ writings help bring an end to the practice, Harriet attacked the widespread killing of birds for the use of their feathers in women’s hats. Her training in the Westminster Catechism could also be seen in her satirical writings about hunters in Florida who think the “chief end of man is to shoot something.” She wasn’t opposed to hunting, just killing for sport. In a way, Stowe was an early environmentalist. The only son of the Stowe’s who took up their father and grandfather’s position in the pulpit was Charles. But this, too, became a concern when he flirted with Unitarianism.  However, he stayed within the Congregational Church. She was also bothered by the charge of adultery against her brother, Henry. He would be vindicated (even though he was probably guilty), but Harriet remained his defender.

This book provides insight into a complex woman along with her family who were major figures in 19th Century America. Koester’s writing is easy to read and comprehend. I recommend this book to anyone wanting to know more about Harriet Beecher Stowe and the era.